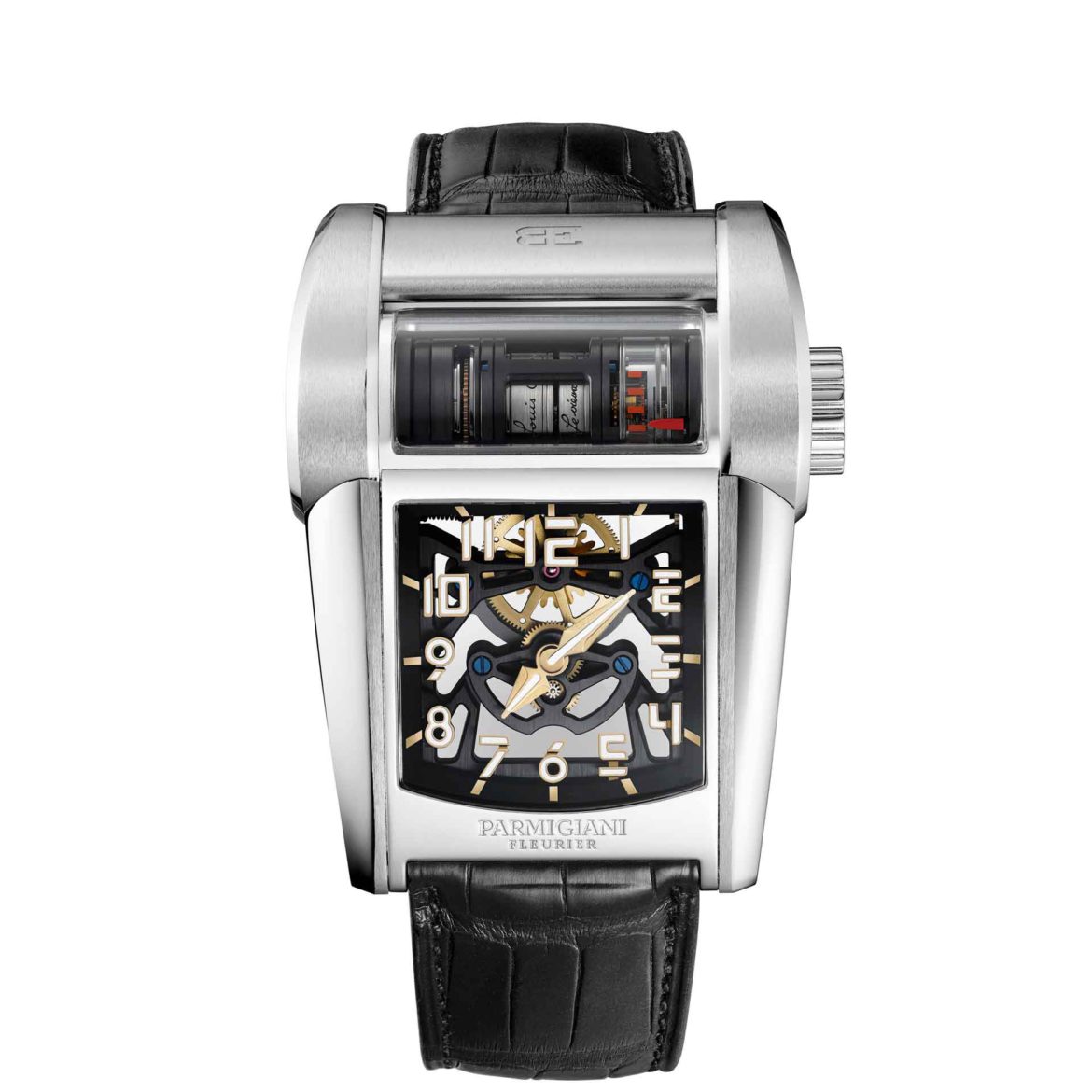 This is the perfect watch to accompany a Bugatti Chiron owner. PF finally releases the Parmigiani Fleurier Bugatti Type 390 watch after previewing it over a year ago. And working on it for four years. 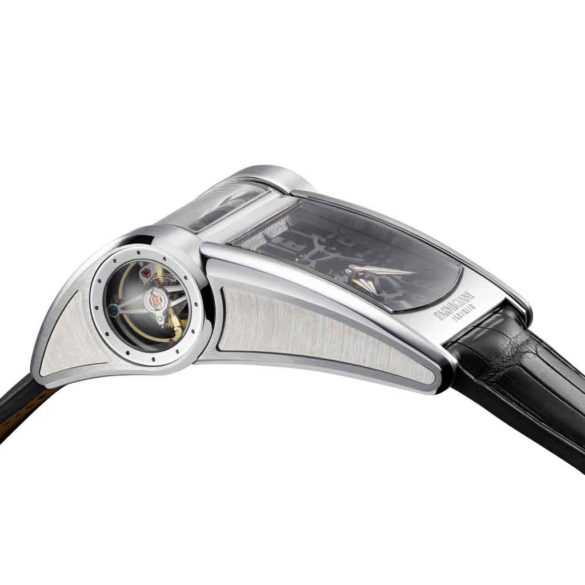 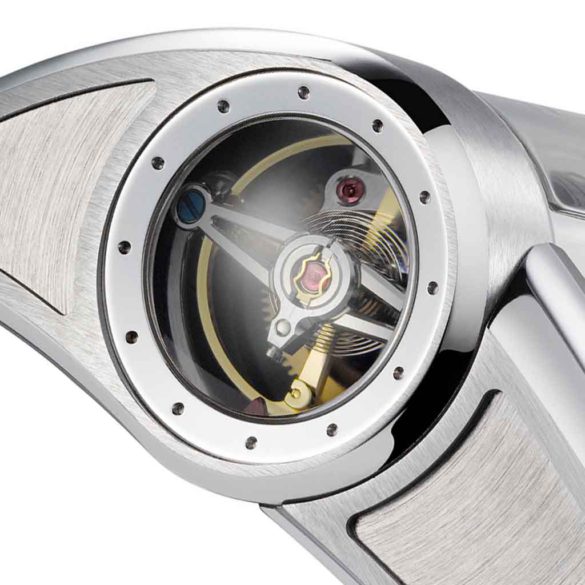 But back to the Parmigiani watch. The engine block on the wrist refers to the modular construction of the caliber PF390. It can be removed from its housing, just like an engine, to undergo modifications. The cylindrical mechanical in-house movement has a flying tourbillon, a titanium cage enclosement, an 80-hour power-reserve and is housed in a white or rose gold case. 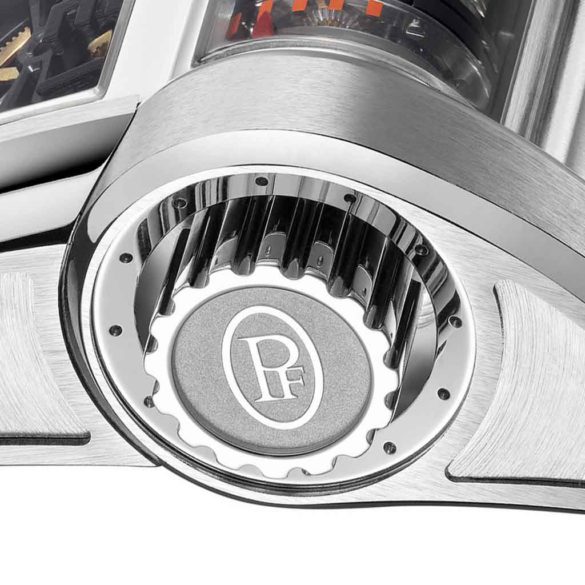 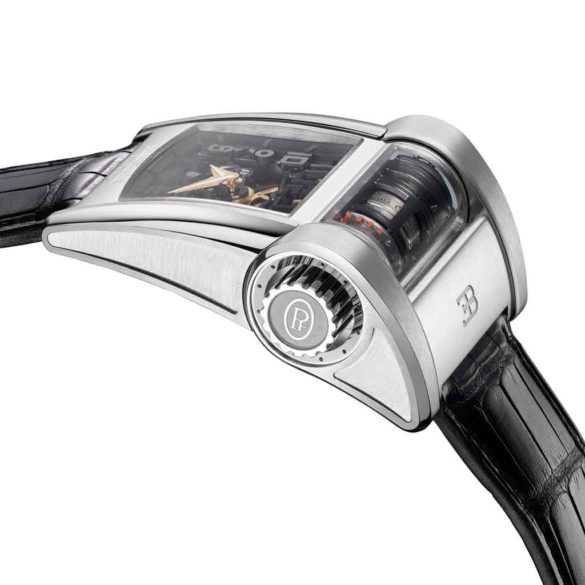 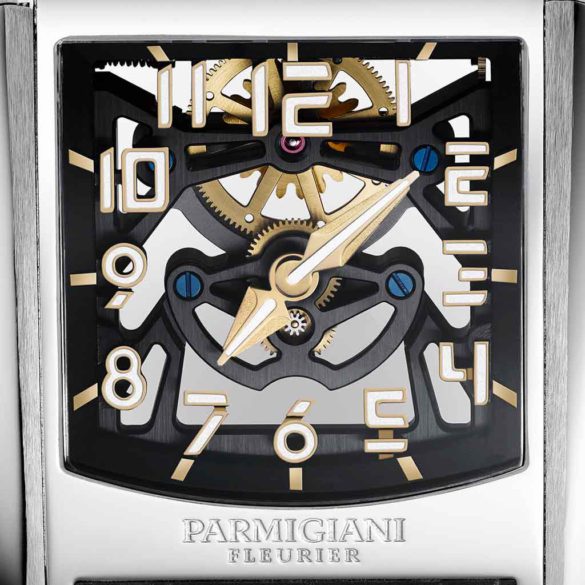 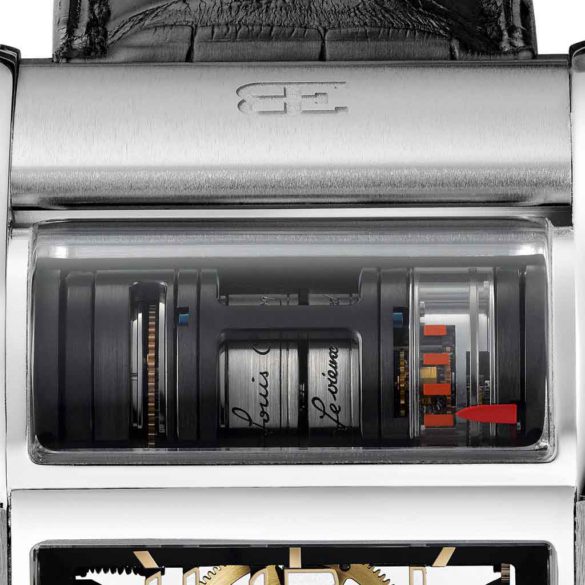 Other noticeable features in the movement are the use of the smallest ball bearings in the world. And the special rod clamp. By replacing four common components of an ordinary watch movement (setting lever, setting lever jumper, yoke and yoke spring on the winding mechanism) – to perform the dual function of winding the two barrels and setting the time.

The Parmigiani Fleurier Bugatti Type 390 is a watch that looks spectacular, with sapphire glass on all four sides. But everything one it has a function, there are no frills. A rarity in the watch world. It comes on a black Hermès alligator leather strap in 18-carat white or rose gold. Each one is limited to just 10 pieces.