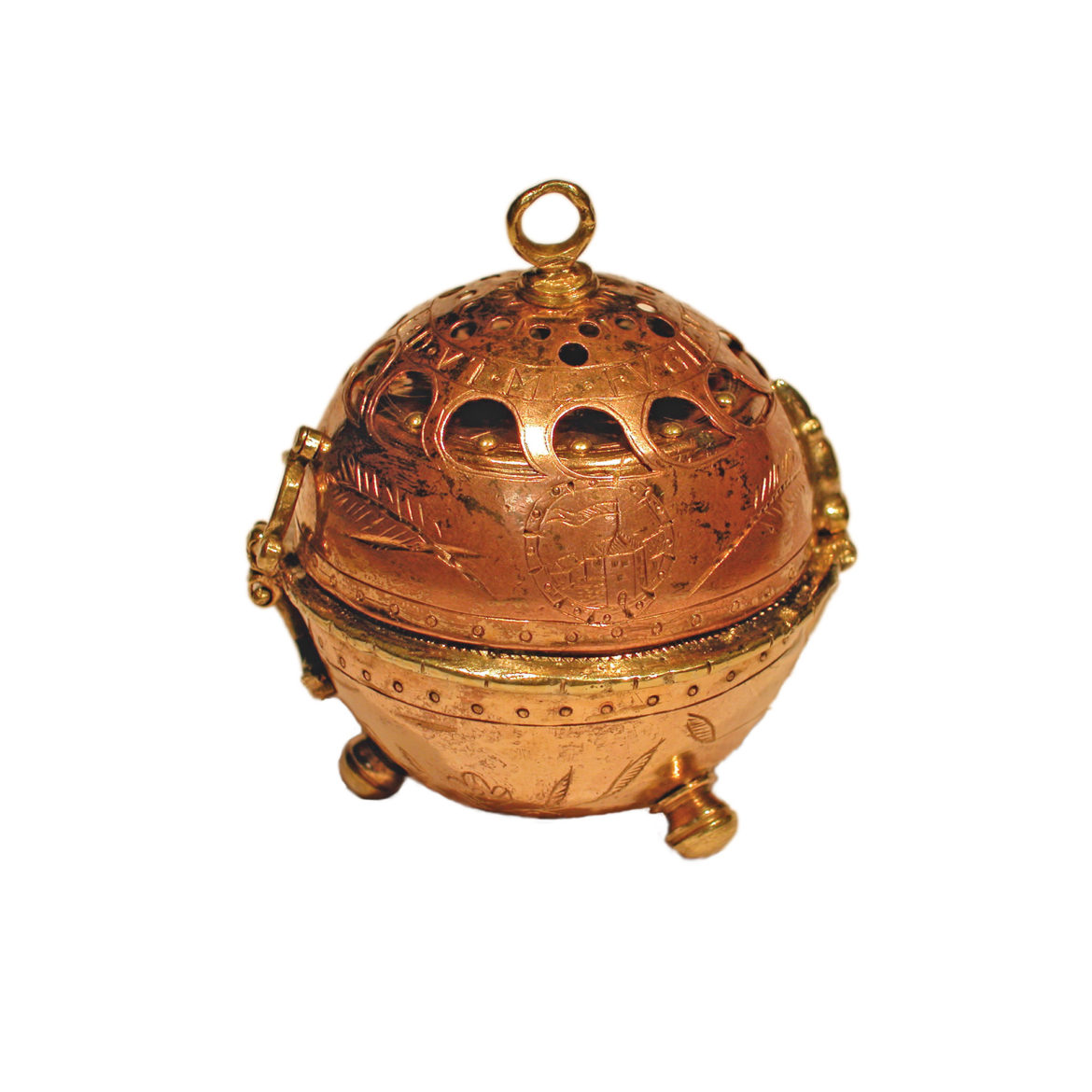 Let’s look into the story of the oldest watch in the world. It is a rather mysterious story and fun to read.

Clock watch, pocket watch, wristwatch, portable watch: what is what?

First, Taschenuhr is German for pocket watch. It does not mean clock watch. But these Taschenuhren (plural) or Sackuhren (which means the same) hold the middle between a clock and a watch. A watch is a small timepiece intended to be carried or worn by a person. In a pocket (pocket watch, and with or without a chain on it) or on the wrist (wristwatch). And sometimes around the neck (but nobody’s calling that a neck watch). We would say: anything bigger is a clock.

A Swiss company called Global Invest Properties Holding AG seems to own the Peter Henlein brand name. Or at least they run the website (www.peterhenlein.de) on which is claimed Peter Henlein made the first portable watch in the world (Die erste tragbare Urh der Welt), in 1505. There is even a short clip of it. This watch is the Pomander Watch (or Bisamapfeluhr in German). It is a so called Nuremberg Egg. But a portable watch? Isn’t that the same as a portable mobile phone?

A serious committee to research the oldest watch in the world

In 2014 a committee with Hermann Grieb (of Grieb & Benzinger, one of the foremost vintage watch experts in Germany), Dr. Peter Mikitisin (physicist, appraiser and specialist for industrial computer tomography), Frank Fox (expert for micro and macro photography) and Dr. Georg von Tardy (horological specialist for metallurgy and metal processing) confirmed the Pomander Watch as the oldest known watch in the world (Nürnberg, Germany, 2 December 2014). So they did not confirm it was the first portable watch in the world. Nor did they confirm that Peter Henlein is the inventor of the (portable) watch or that this is the oldest (portable) watch in the world. The Pomander Watch or Bisamapfeluhr might be the oldest watch in the world (photo by peterhenlein.de)

According to the website History of Watches Peter Henlein’s first appearance in history books starts on September 7, 1504. If anyone knows in what book, please let us know. It appears that “he was involved in a brawl in which his friend and fellow locksmith George Glaser was killed. Henlein went to the local Franciscan monastery where he found safety and only after four years he returned to Nuremberg”. Which means that his 1505 clock watch might not be created in Nuremberg itself.

Is Peter Henlein the same person as Peter Hele?

The site also tells us Peter Henlein made his first watch in 1510. And that a man called Peter Hele (from which some people think it is Peter Henlein) invented the first mainspring in 1490, in Nürnburg (which is Nuremberg). But are Peter Henlein and Peter Hele the same person?  Because if so, this men was a genius, by inventing the mainspring at the age of 5. Unless the year of his birth (1485 according to Wikipedia) is not correct. Other sources say he was born in 1479 or 1480. Then he was 10 or 11 when he invented the mainspring. Which is not very likely.

The book ‘History of the Hour: Clocks and Modern Temporal Orders’ (1996) by Gerhard Dohrn-van Rossum (ISBN 0-226-15510-2) refers to a passage by Johann Cochläus in the 1511 Cosmographia by Pomponius Mela: “Peter Hele, still a young man, fashions works which even the most learned mathematicians admire. He shapes many-wheeled clocks out of small bits of iron, which run and chime the hours without weights for forty hours, whether carried at the breast or in a handbag”. This passage is often quoted as a sort of evidence that Peter Henlein (called Peter Hele in this passage, and in some quotes from this book Petrus Hele) was creating small clocks that could be the first watches in the world. But Gerhard Dohrn-van Rossum thinks that this is a “tenacious story”.

Thin evidence, some things are likely…

In an undated video taken from the news topic “Lokalzeit aus Düsseldorf Zoom” at the German TV channel WDR, Wolfgang Köhler, lawyer of the (anonymous) owner(s), is interviewed . He tells that he has been told that the Pomander Watch was found in 1987, at a London flea market, in a box filled with watch spare parts. It belonged to a watchmakers apprentice and was bought for a couple of pounds. After that is was sold a couple of times. And there were doubts; was this a copy of an original or not? Laser micro spectral analysis indicated the period of the (making of the) material, which should be around 1500.

Inside the case, under the dial, an engraving was found displaying the letters M, D, V, P, H, N. This has been interpreted as “1505” (MDV in Roman numerals) and “Peter Henlein Nürnberg” (PHN). There are also microscopic “PH” signatures on some parts (PH would be Peter Henlein) but could they make such small signatures in 1500? And why are these microscopic signatures showing the letters P and H while under the dial it was ‘signed’ with the letters P, H and N? Read this article from Elizabeth Doerr (editor-in-chief and co-founder of the watch website Quill & Pad) for more detailed information about the research of the aforementioned committee. And look at the outside of the Pomander Watch at the photo above: pretty nice and clear engravings compared to the messy engravings at the photo’s below. And look at the upper right corner of the second and third photo: can you see something like “JAH” engraved? We do. 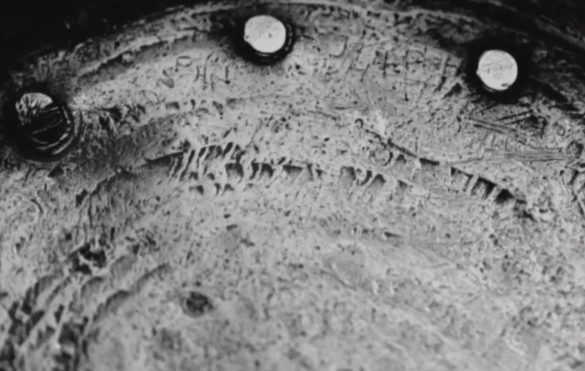 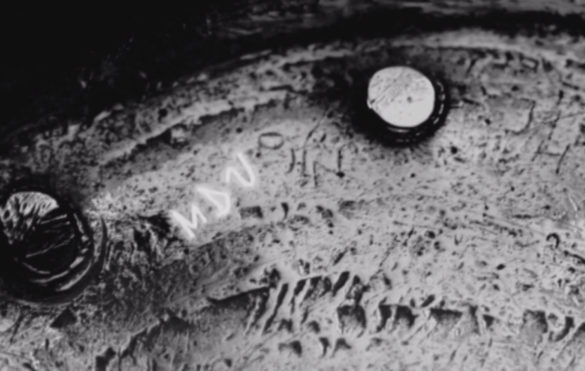 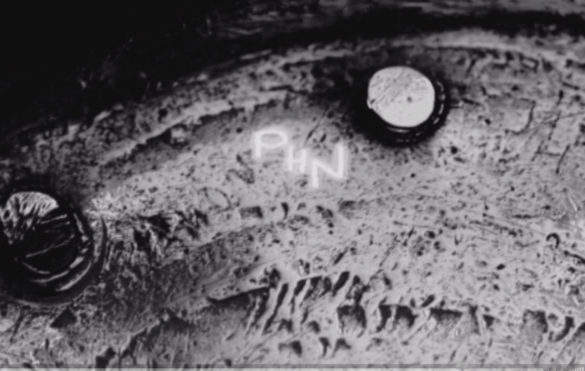 Stills taken from ABC der Deutschen Erfindungen (meaning The ABC of German Inventions, broadcasted on the German channel ARD, HR Fernsehen, date unknown) with the engravings that should indicate the date and maker

The evidence of the Pomander Watch being the first (portable) watch in the world, like the Henlein website claims, is thin. It could be made by a man called Peter Henlein. It could be from 1505. However, other German clockmakers were creating miniature timepieces during the same period. We think though, it is one of the most important pieces in the history of watches. And it looks like it is safe to say that the Pomander Watch is possibly the oldest known (portable) watch in the world. Made by someone called Peter Henlein? Probably speculation. Made in 1505. The same. And is Peter Henlein also Peter Hele (or Petrus Hele)? They could be the same person, but if so, he probably didn’t invent the mainspring.

Another Peter Henlein ‘watch’, from 1510

It’s less portable although it might fit in your pockets. The 1510 clock-watch from Peter Henlein. Wikipedia reports that during the beginning of the 16th century there are three types of clock-watches:

This 1510 model is probably a flat cylindrical drum-watch. The foot with Heinlein’s name and the date is probably not original and added later for exhibiting the clock-watch. We do not know if there is any evidence of the maker and/or date of this clock-watch but before the Pomander Watch showed up, this drum-watch was often seen as the oldest watch in the world. The Spherical Table Watch (Melanchthon’s Watch) is the earliest clearly dated watch known. So far. And it could also be the oldest watch in the world. It was made in Germany and there is no watchmaker’s mark on it. It is probably from the place Nuremberg as Nuremberg is considered to be the birthplace of spherical watches (called “Nuremberg Eggs”). On the bottom of the Spherical Table Watch is engraved: “PHIL. MELA. GOTT. ALEIN. DIE. EHR. 1530”. Which means, more or less: Philip Melanchthon, to God alone the glory, 1530. Philip Melanchthon could be traced. He lived from 1497 to 1560 and was a German reformer and humanist.

The conclusion: the Pomander Watch is possibly the oldest known portable watch in the world, the Melanchthon’s Watch is the earliest dated watch we know. As long as we want to say ‘watch’ to an object that looks more like a miniature table clock. Or maybe was meant to be a portable watch, as small as possible at the time. The Pomander Watch has three feet so you could put it on a table. It also has a ring on top, so you could wear it on a chain. But we still don’t know what the first watch is. And we will probably never know. But there are some watches that could be the oldest watch in the world. 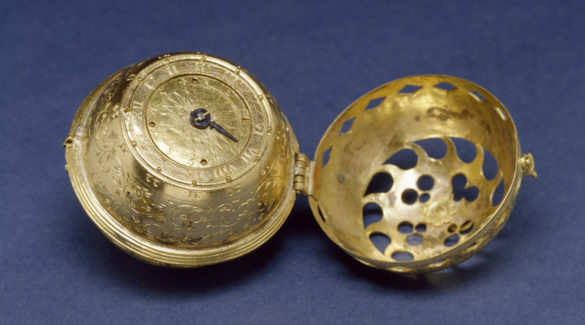 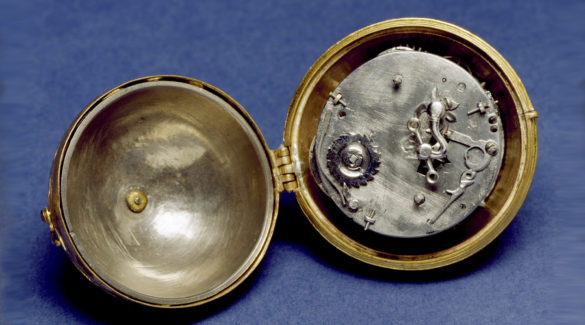 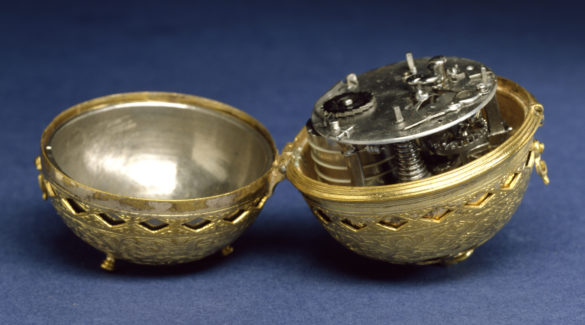 The first wristwatch in the world

The first wristwatches produced in large quantities, according to Guinness, were those manufactured specifically for the German military in the 1880s, by Girard-Perregaux. At least nobody is arguing that. Yet…

You might be interested in this: the oldest watch brands in the world, or the most expensive watch in the world.

Photography: the Pomander Watch is from www.peterhenlein.de, the Melanchthon’s Watch is from the Walters Art Museum (thewalters.org) and can still be seen there.