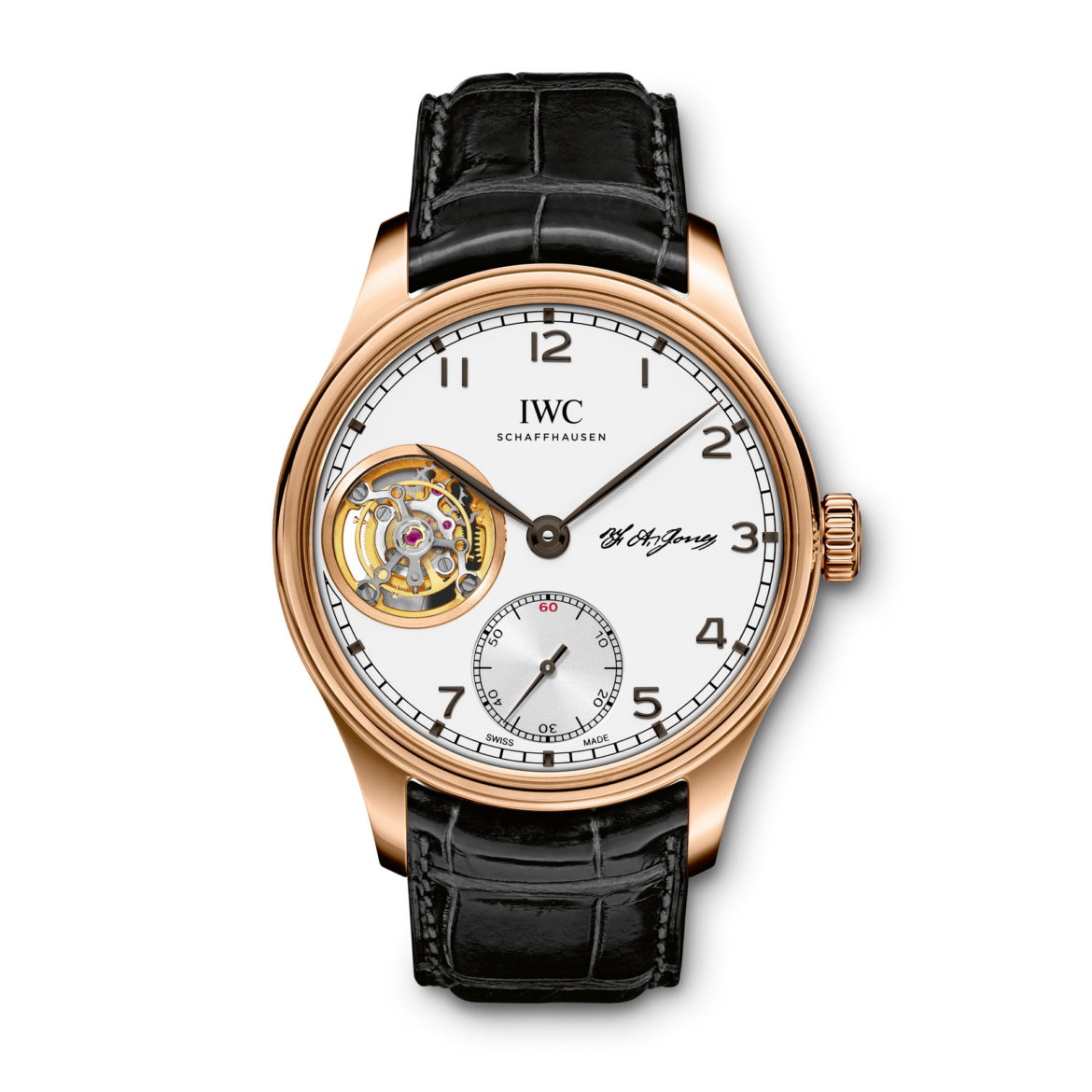 If you are not living in the United States, you must be a little bit disappointed. The IWC Portugieser Tourbillon Hand-Wound Edition D. H. Craig USA is only available at IWC boutiques in the US. It’s limited to 27 pieces, you have to be quick in order to get one.

So, what’s this awesome tourbillon about? IWC is the only Swiss watch brand founded by an American, you might know that. This special timepiece pays tribute to brand originator Florentine Ariosto Jones and the vintage Jones 2N Pattern Caliber. Basically, it is a variation on the existing Portugieser Tourbillon Hand-Wound. In 2010 IWC launched a special version of this model to honour F.A. Jones with the Portugieser Tourbillon Hand-Wound F.A. Jones. That model (ref. IW544705) was limited to 500 pieces and has a black dial. This new version honours Daniel Hastings Craig. 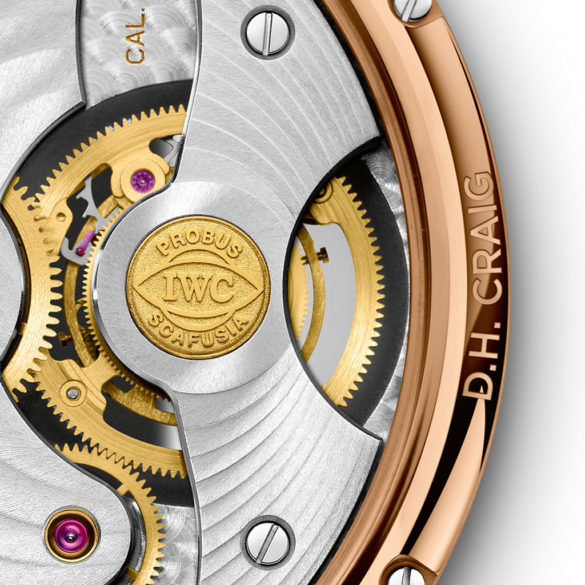 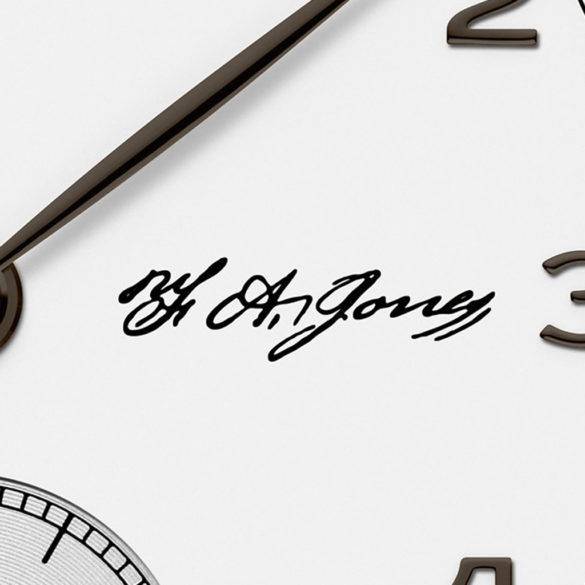 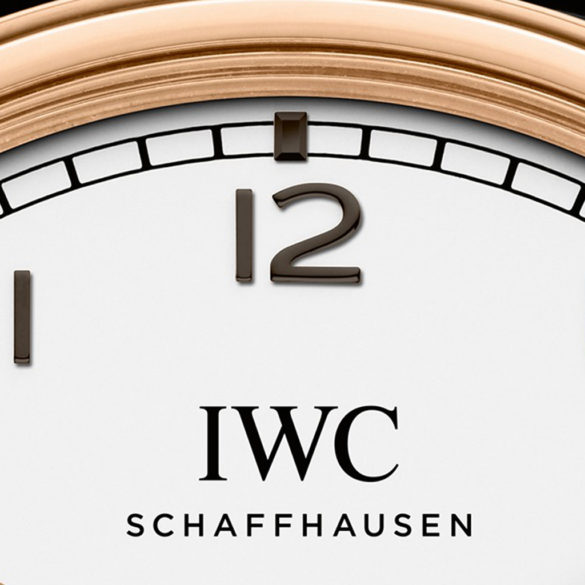 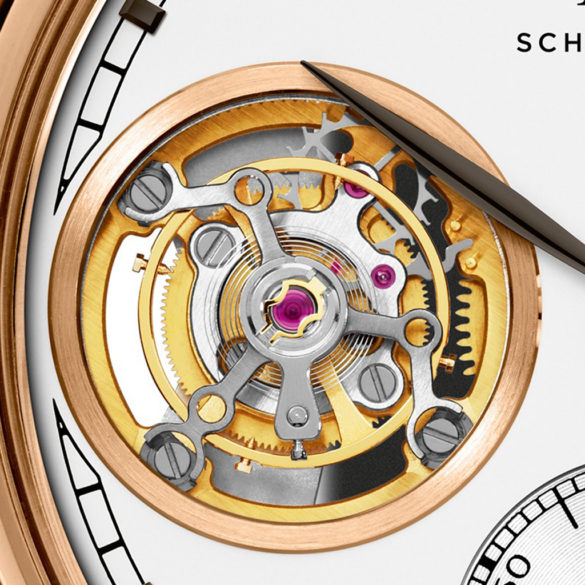 Daniel Hastings Craig was the uncle of Florentine Ariosto Jones (Jones’ mother’s brother) who was a successful businessman. He is often seen as the financial supporter and business advisor of Jones when Jones started his company in 1868. He was 27 at the time, so that is why this version is limited to 27 pieces. During that time, it was not unusual to label calibers or specific grades with names. Mostly the names of major investors, honored by putting their name on calibers of high quality. According to IWC “it appears D.H. Craig acted as F.A. Jones ‘entrepreneurial godfather’”. However, it is still a hypothesis, which is – also according to IWC – “supported by the fact that later on Jones applied for patents to record pressure in pipes while D.H. Craig bought the patent for a temperature indicator”. A little history, back to the watch itself. 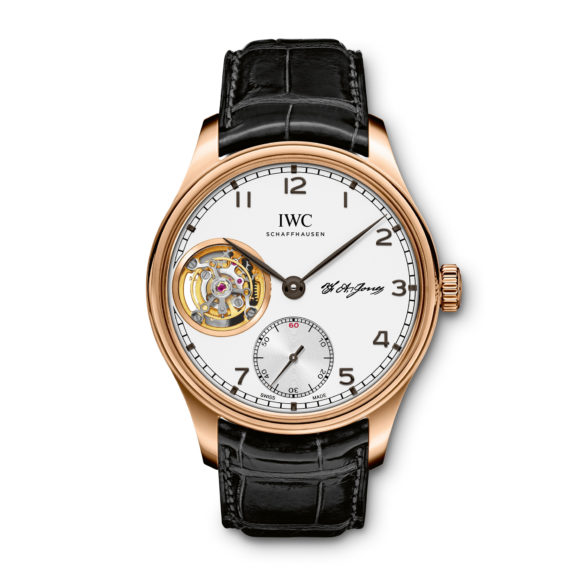 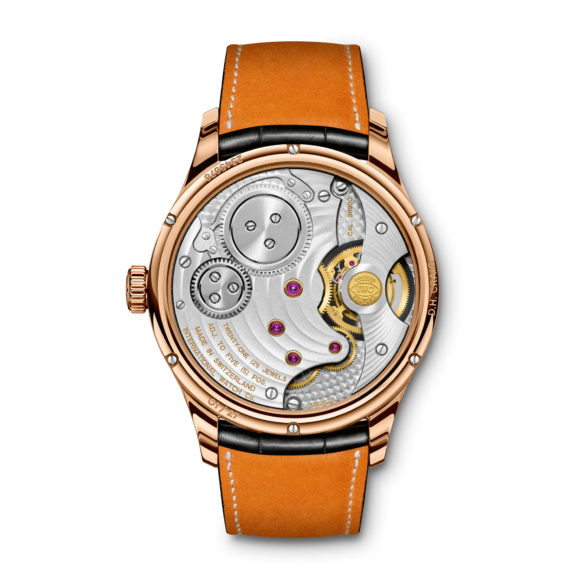 The red gold case measures 43 millimeters in diameter. It has a silver-plated dial with black hands and numerals and a black alligator strap from the Italian shoemaker Santoni. At the 3 o’clock position there is a signature of F. A. Jones. The ring of the transparent case back is engraved with the unique number of the watch and, of course, the inscription “D.H. Craig”.

Inside is the IWC manufactured hand-wound 98900 caliber with a 54-hour power-reserve. It has its origin in the 98 caliber, which was manufactured from the mid-1930s for the hunter pocket watch. The minute tourbillon at 9 o’clock eliminates the influence of gravity on the balance. This ensures a high level of precision in combination with a frequency of 28,800 vph. The caliber has a three-quarter plate which is, like the original Jones caliber, made from German silver.