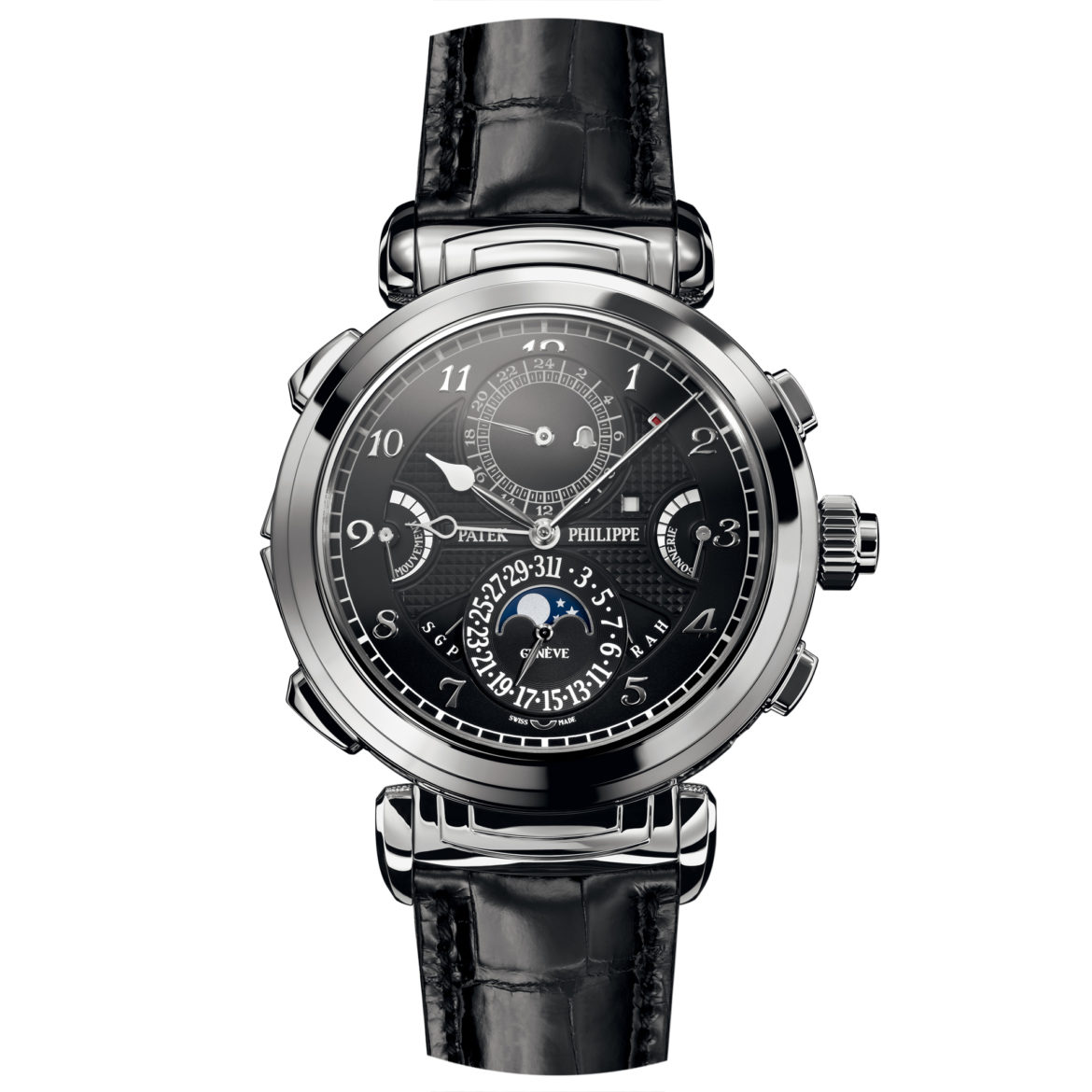 The Grandmaster Chime Ref. 5175 (or Ref. 5175R) launched in 2014 for the 175th anniversary of Patek Philippe. Patek made only 7 of the fully engraved time piece with golden case and 20 complications. Six for Patek’s best customers, one for Patek’s museum. Perhaps there was a high demand for this model, as this new Grandmaster Chime is not a limited edition.

The case of the Patek Philippe Grandmaster Chime Ref. 6300G is made of white gold. It has a diameter of 47.4 millimetres and is reversible, just like the Grandmaster Chime Ref. 5175. The case and dial of the Patek Philippe Grandmaster Chime Ref. 6300 has a distinctly different look than the original. Its case is decorated with a manually guillochéd hobnail motif, on both sides. This pattern is used by Patek since the launch of the Ref. 96D in 1934. The double-faced case features a mechanism between the lugs to rotate between two dials. Furthermore, is has a black opaline “time and sonnerie” dial and a white opaline “calendar” dial. Each devoted to displaying different elements of the watch’s 20 complications. 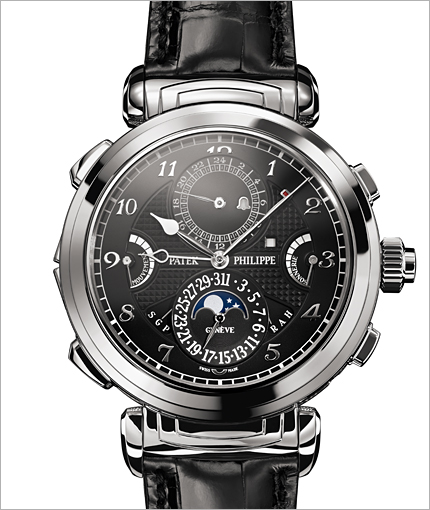 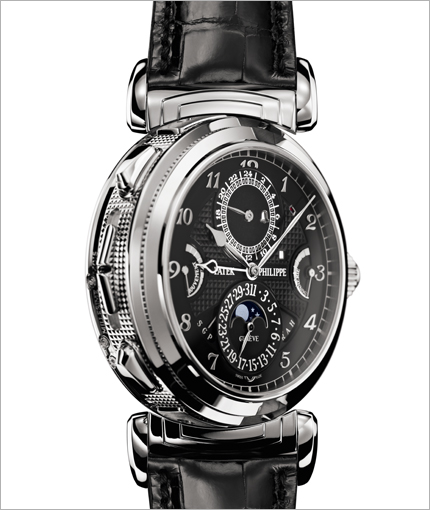 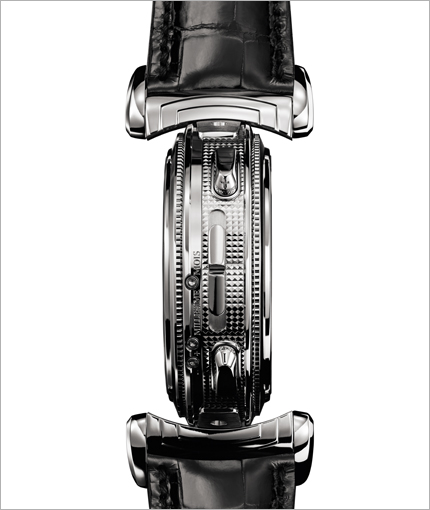 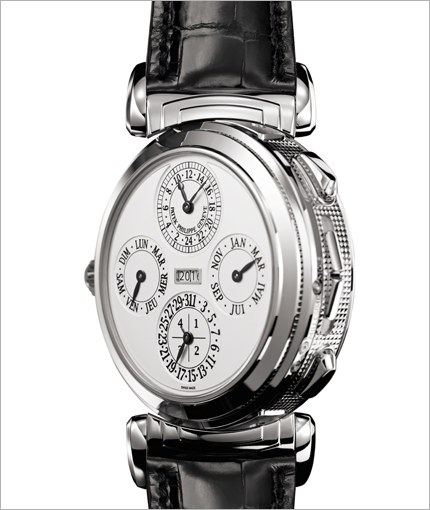 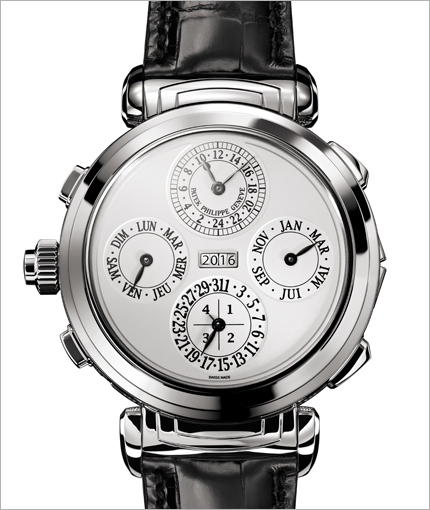 The Ref. 6300G has the same movement as the Ref. 5175. It is Patek Philippe’s caliber 300 GS AL 36-750 QIS FUS IRM (also known as the Patek 300 calibre) and it is made up of 1,366 parts. The case itself is composed of 214 parts, meaning that the total number of components in each watch is a stunning 1,580. In addition to the 20 complications the movement boasts six patented technical innovations, including the case reverser system and the alarm mechanism. Did you know that the Polish watchmaker Antoni Patek was one of the founders of the company in 1851? Here you can read more about the history of Patek Philippe…