Jaquet Droz Charming Bird – the art of nature at its peak 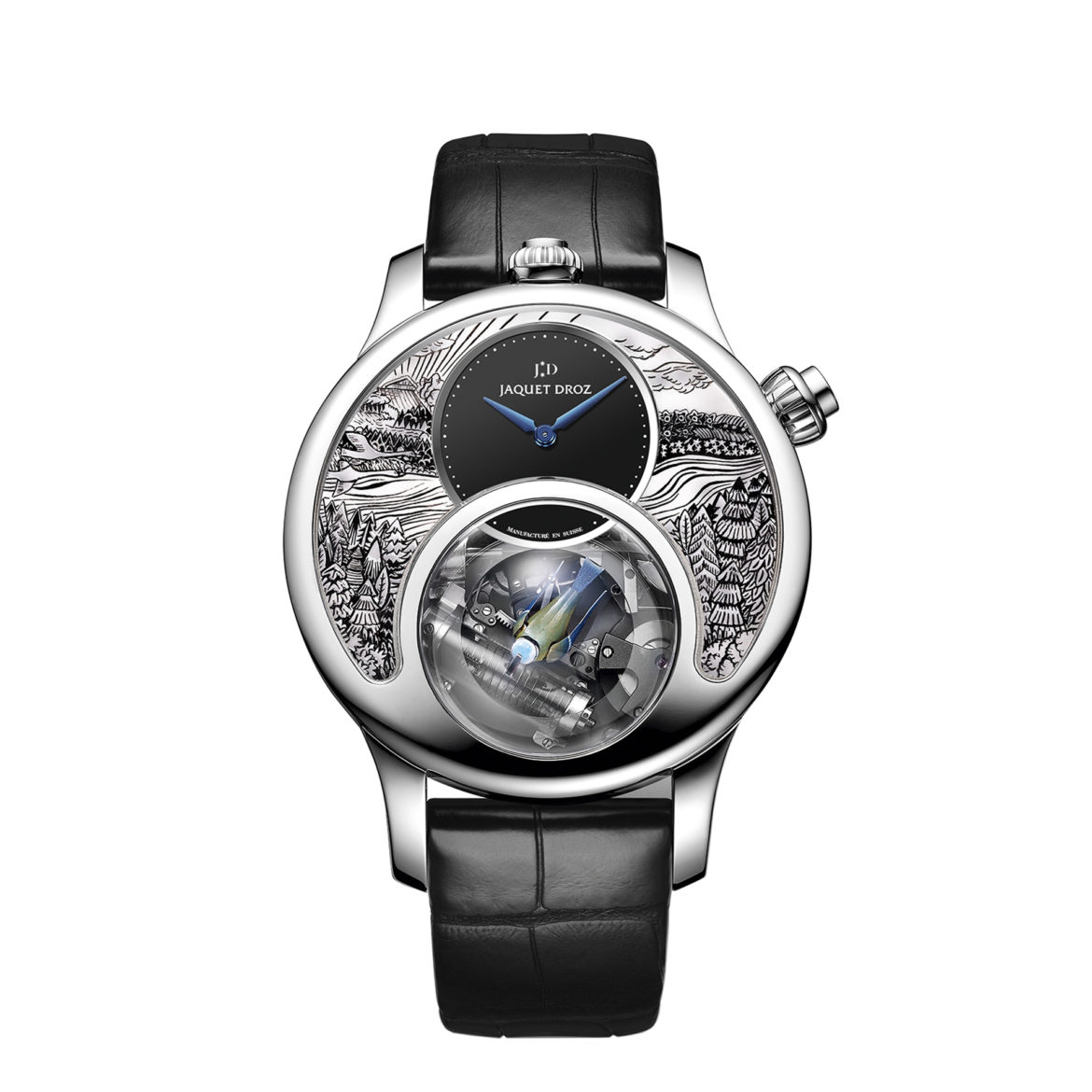 Let’s ignore the question if you would like to wear a watch with a whistling bird in it, as a grown-up man. No, you wouldn’t. But this new Jaquet Droz Charming Bird – the art of nature at its peak, its official name, has a bird in it. Really.

The Charming Bird model was already presented in 2013 but this new limited model puts ‘mechanical virtuosity hand in hand with contemporary poetry’. Although that is a nice marketing quote, the technical challenge to actually let a miniature bird whistle a melody from your wrist is enormous. The mechanical work of Pierre Jaquet-Droz focusses on two main themes: automatons and birds. Pierre Jaquet-Droz (1721-1790) was the first watchmaker to introduce a singing bird on a pocket watch. A virtuoso complication also used as an ornament on snuffboxes and other objets d’art. And that is how you have to look at this watch: it is an object of art. With birds. 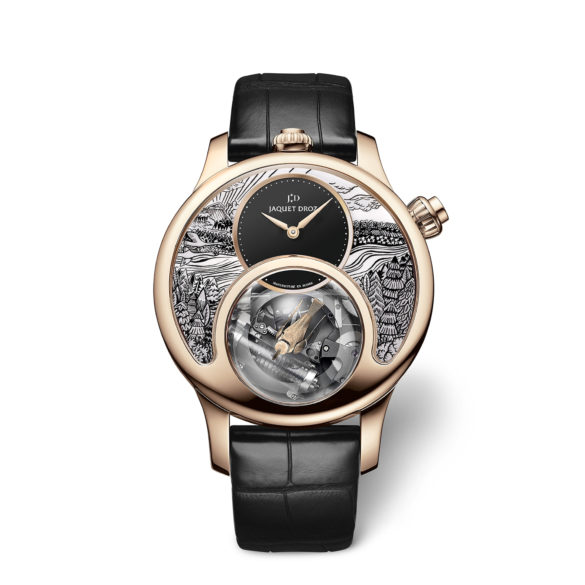 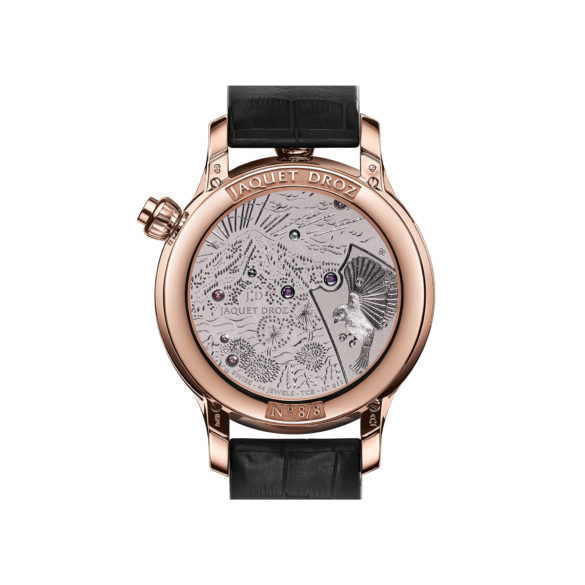 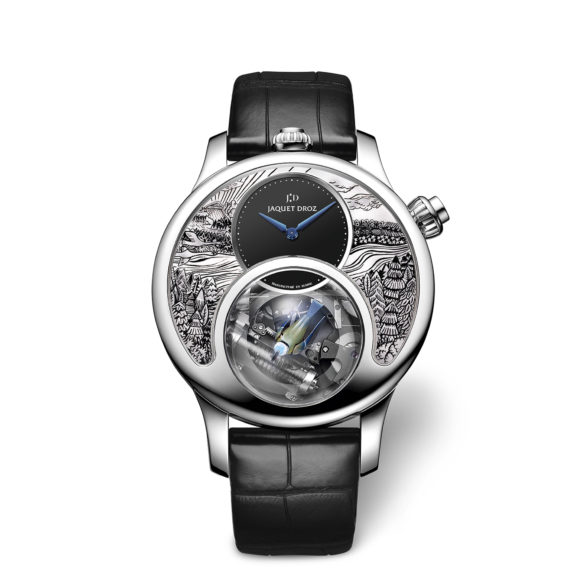 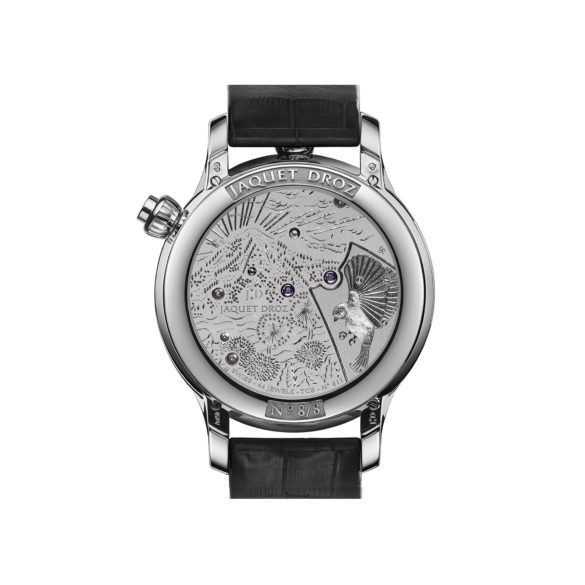 Now let’s move on to the techniques: the song of the tit bird is generated by air compression. In the old days it was by vibration. Inside there are three minute sapphire crystal tubes. The first tube inhales air. The second stores it. Then the air is finally pushed into the third, regulating the melody according to the volume of air and the speed of the piston. Amazing. The miniaturized sculpture of the bird, the entirely hand-decorated movement and the background of the dial, in which hand-painted and engraved mother-of-pearl evoke the landscape of the Swiss countryside are poetry. The upper part of the dial displays the hour and minutes while the bottom is devoted to house the singing bird within a sapphire crystal dome.

There are two versions of the Jaquet Droz Charming Bird: one in white gold and one in rose gold. Both are limited to 8 pieces. If you are not a fan of Swiss landscapes on your watch’ dial but want a singing bird in your watch, go for the previous model. That one shows the air tubes instead of the landscape and is limited to 28 pieces. Which probably makes it less expensive. That model is also featured in the video below, showing you how it all works.