The history of the Longines Lindbergh Hour Angle Watch 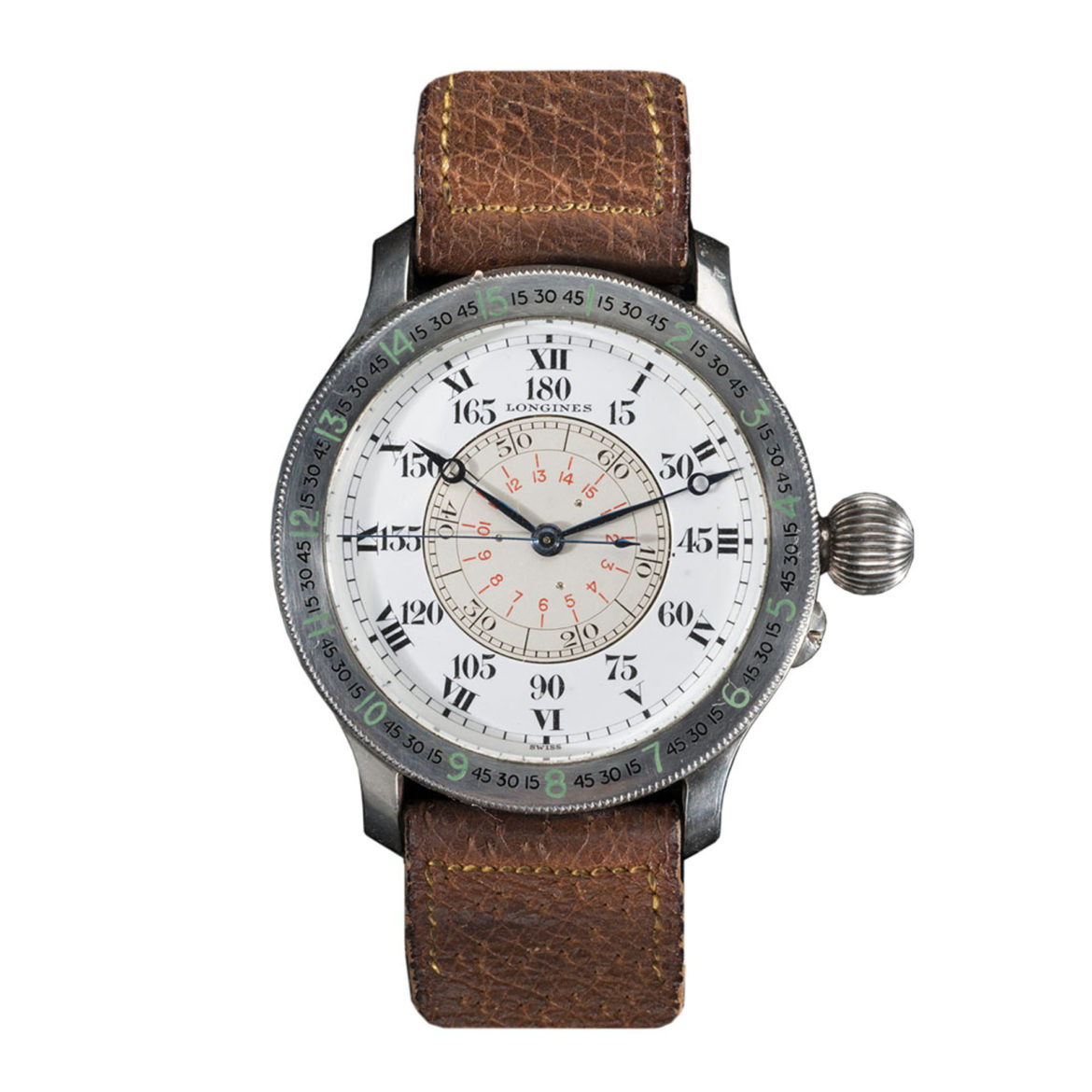 The Longines Lindbergh Hour Angle Watch is designed by Charles A. Lindbergh. He was the first person in the world to cross the North Atlantic Ocean by aircraft. Non-stop. The design is based on an improved navigation system developed by US Navy officer Philip Van Horn Weems, in 1927. Weems created a series of navigational devices that could work together with a special watch. Weems and Longines made a watch with a rotating disc that enabled the wearer to synchronize the seconds hand with a GMT signal. In fact, a radio signal. It worked, although the technique with radio beacons was in its infancy. This is where the history of the Longines Lindbergh Hour Angle Watch starts.

When crossing an ocean, there are no radio beacons. Nevertheless, Lindbergh managed to cross the Atlantic in a modified Ryan M-2 aircraft called the Ryan NYP (New York – Paris). Due to sponsoring it was called the Spirit of St. Louis. He left from Roosevelt Airfield, Long Island at the 20th of May 1927 and arrived at Le Bourget Aerodrome in Paris exactly 33 hours, 30 minutes and 29.8 seconds later. It was a miracle he managed the crossing as six earlier attempts by others ended in their death, his plane was quite rubbish and his main navigational method was good luck.

When Lindbergh got back he started to work on his system for navigation in the air, based on what Weems had developed. How it exactly works is rather complicated but basically it is a conjunction between the time, the Hour Angle hand, a sextant, a nautical almanac and calculations for longitude and altitude to determine a geographical position. This becomes a new navigational instrument that Lindbergh and Longines bring to live in a wrist watch. The Longines Lindbergh Hour Angle Watch, also known as the Longines-Wittnauer Lindbergh Hour Angle Watch.

The Hour Angle hand shows an equivalent to longitude but not in degrees but in an angular distance representing the time difference between Greenwich (GMT) and any other point on the Earth. So, somehow, if you can measure your position, with a sextant, to a certain celestial element, and you can look up where that element would be on a certain time at Greenwich and you know your own time you can calculate your longitude and latitude. More or less. To be honest, it is the closest way for us to describe how it works, but by far not accurate. For example, there is phenomenon called Equation of Time, the difference between ‘the time on Earth and the time above us’. For that the rotating bezel contains a sort of correction scale.

Now if you really want to understand it all, read Air Navigation by Philip Van Horn Weems. You can download a 1943 copy for free here. It is 442 pages. Or watch the Longines video at the bottom of this post. If you want to know more about Charles Lindbergh, who appeared to be a fan of the nazi’s in the 1930’s and 1940’s and leaded a rather turbulent life, you should read One Summer, America 1927 by Bill Bryson. Back to the watch.

The first Longines Lindbergh Hour Angle Watch is from 1931 and has a diameter of 47.5 millimeters. Which is a perfect size for navigation or pilot watches. It has the Longines 18.69 N.S.C. caliber, a hand-wound mechanical movement housed in a sterling silver case. This caliber is originally a pocket watch movement, like most navigation watches at that time. The dial is white with champagne. Around 2,000 pieces where produced, made by Longines and distributed in the US by Longines-Wittnauer.

Then, in 1938, Longines produced a second series of the Lindbergh. It has the same case however with the Longines 37.9 N caliber, also a mechanical hand-winder. We are not sure but it seems the dial, also white with champagne, has changed a little. On some models we found the Roman IV was changed into IIII for example. And we also found some models with a diameter of 32.5 millimeters. Perhaps versions for women as Lindbergh’s wife accompanied him many times during his flights after 1927. Which might explain why Longines re-launched 33-millimeter versions in the 1980s and 1990s. 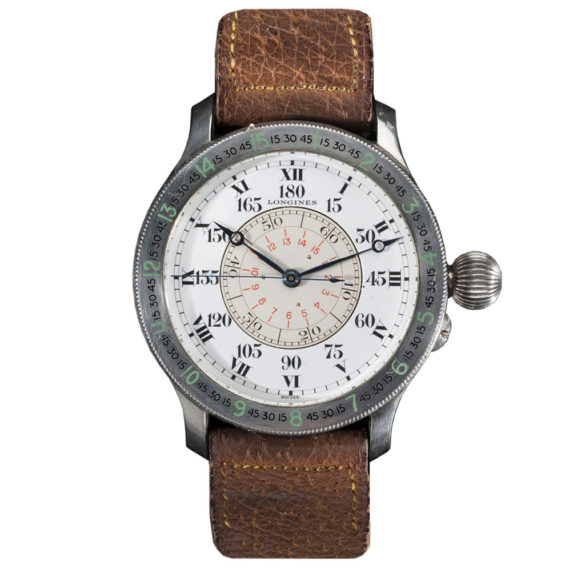 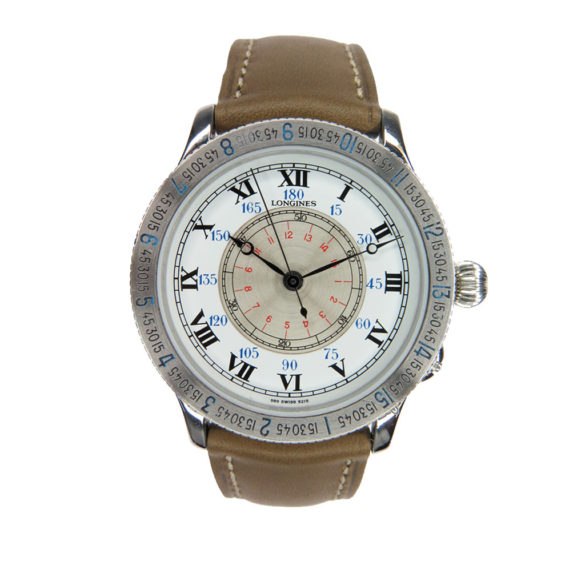 After 54 years, Longines launches a successor

In 1987 the history of the Longines Lindbergh Hour Angle Watch continues. Longines produces the first commemorative edition of the Hour Angle watch, to celebrate the 60th anniversary of Lindbergh’s flight. This reference 989.5215 has a steel 38-millimeter case and the Longines L989.2 caliber, an automatic based on the L990 caliber. Some later versions of this model have the Longines L628 caliber (base ETA 2892). And this model has some variants with a steel and gold case/bezel, a full gold version (reference 989.5216) and even a 38- and 33-millimeter version in both metals. All with a white/silver or gold/silver dial.

It seems Longines celebrates the famous crossing every 5 years

And in 2017 yet another limited edition is launched: the Longines Lindbergh Hour Angle Watch 90th Anniversary. It is limited to 90 pieces, as it is the 90th anniversary edition. It has a titanium case and a silvered dial with black center dial, also in a 47.5-millimeter case with the L699.2 automatic caliber. The reference is L2.678.1.71.0.

The list above isn’t complete, some models have more variants. We will update the list when we have more information. If you have more details for us, please let us know! 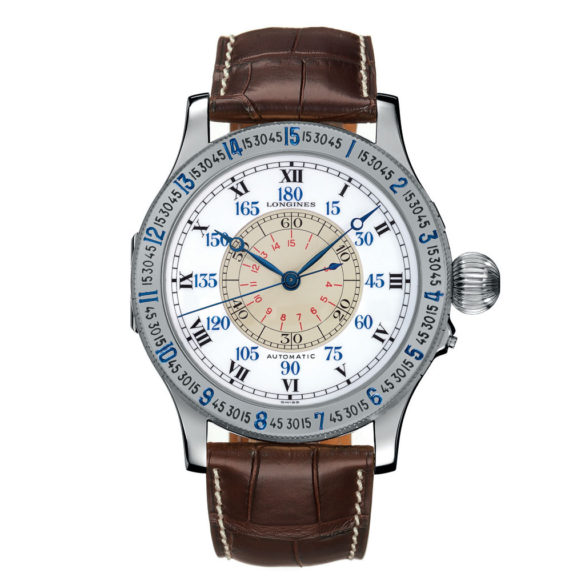 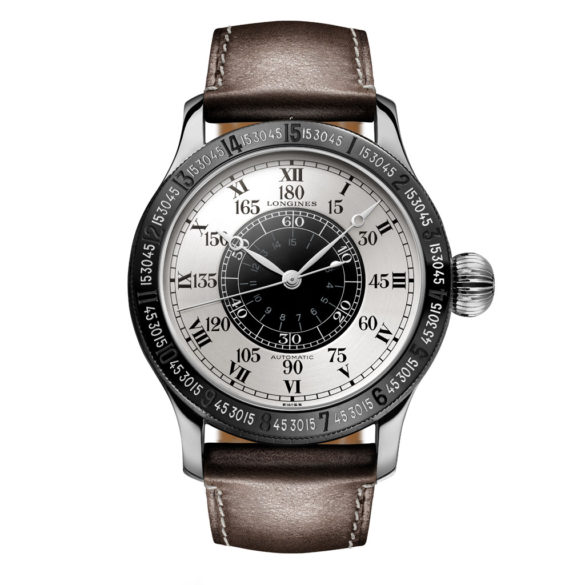