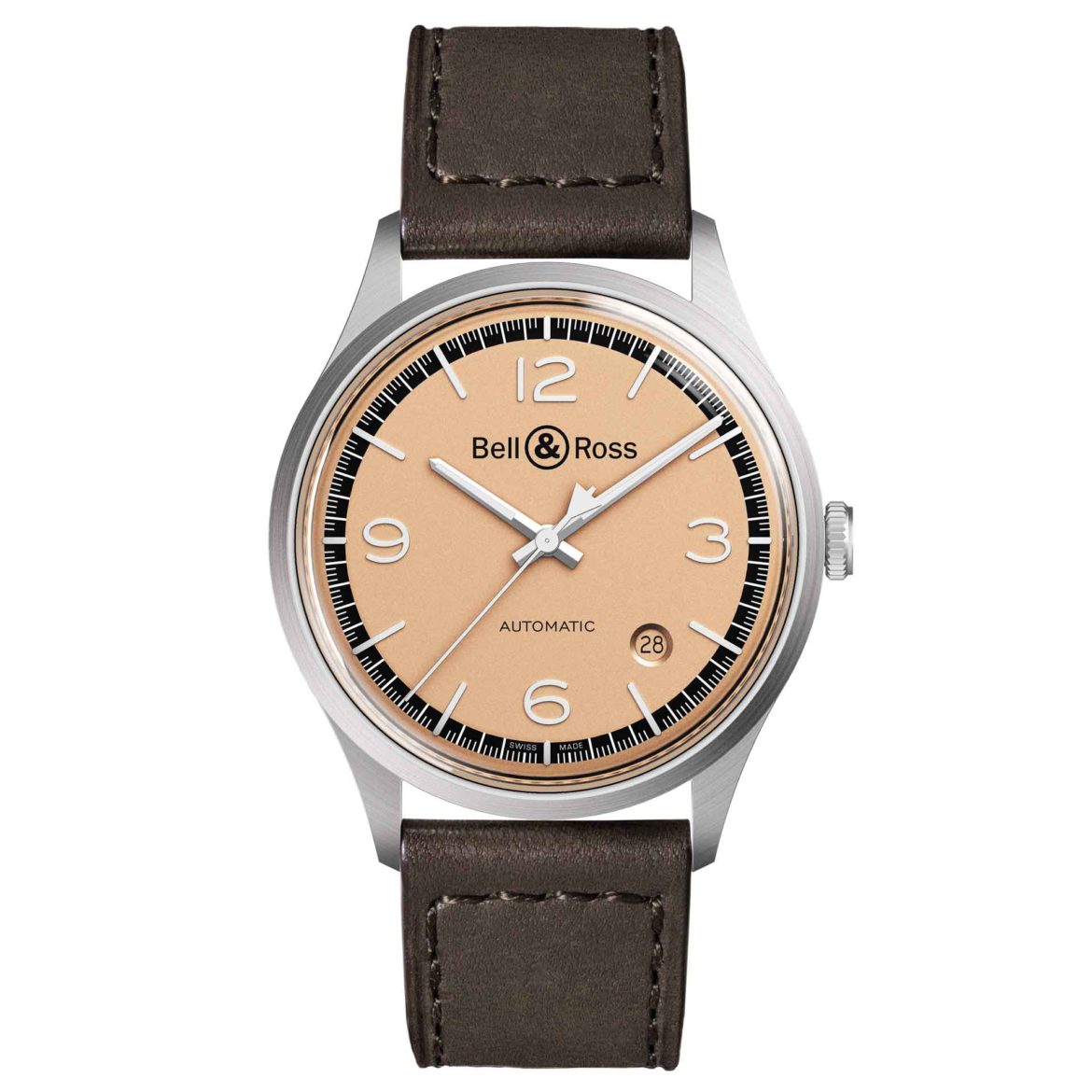 The same retro-looks with a gilt dial and metal applique numerals and indices, but a bit more clean. Just hours, minutes, central seconds and a small discreet date at the 4.30h position.

The BR V1-92 Bellytanker is powered by the popular Bell & Ross caliber BR-Cal.302 (base Sellita SW300-1) with a power-reserve of 38 hours. A reliable movement. But what is a Bellytanker? 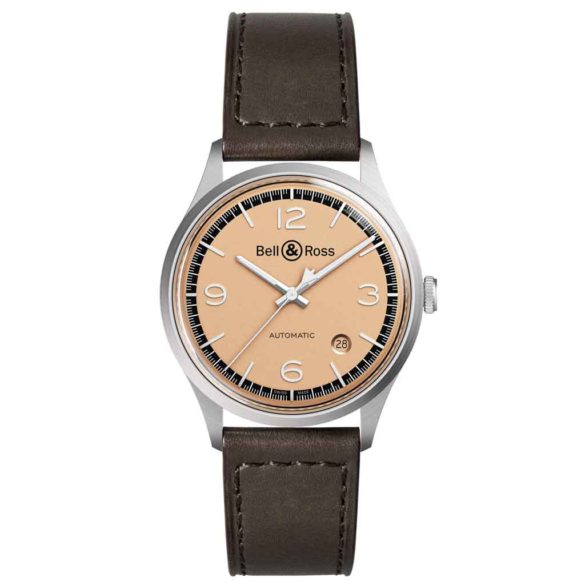 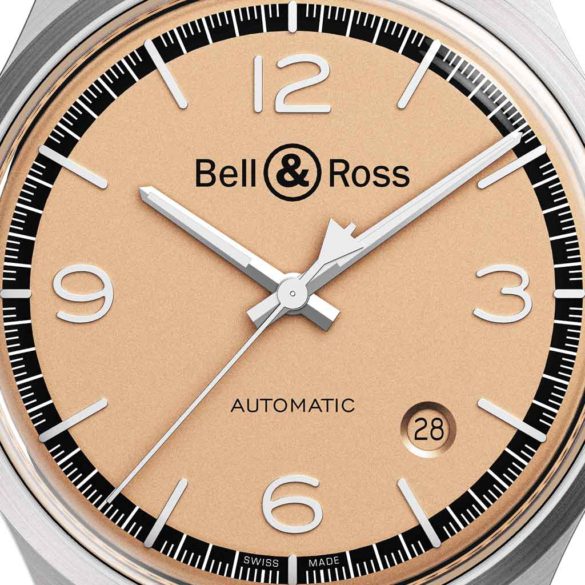 The Bellytanker in the name refers to the term ‘bellytank’ that originated in the 1940s and 1950s. It initially referred to the fuel tank fitted in the belly of fighter planes. These spare tanks then became used as a base for high-speed racecars. Used for example on the infamous Bonneville salt flats.

B&R uses these type of fuel tanks as an inspiration for the two Bellytanker watches. The Bell & Ross BR V1-92 – introduced mid 2017 – belongs to a third generation of vintage inspired pieces by the Swiss brand. And after the square cases from the Marine and Instruments Collections, this could be a direction we can get behind. Bell & Ross certainly has, as we can already spot, some other iterations of the BR V1-92, like the Military.

The Bell & Ross BR V1-92 Bellytanker comes on a brown calf leather strap to complete the vintage look. It is – just like the chronograph Bellytanker – limited to 500 pieces.