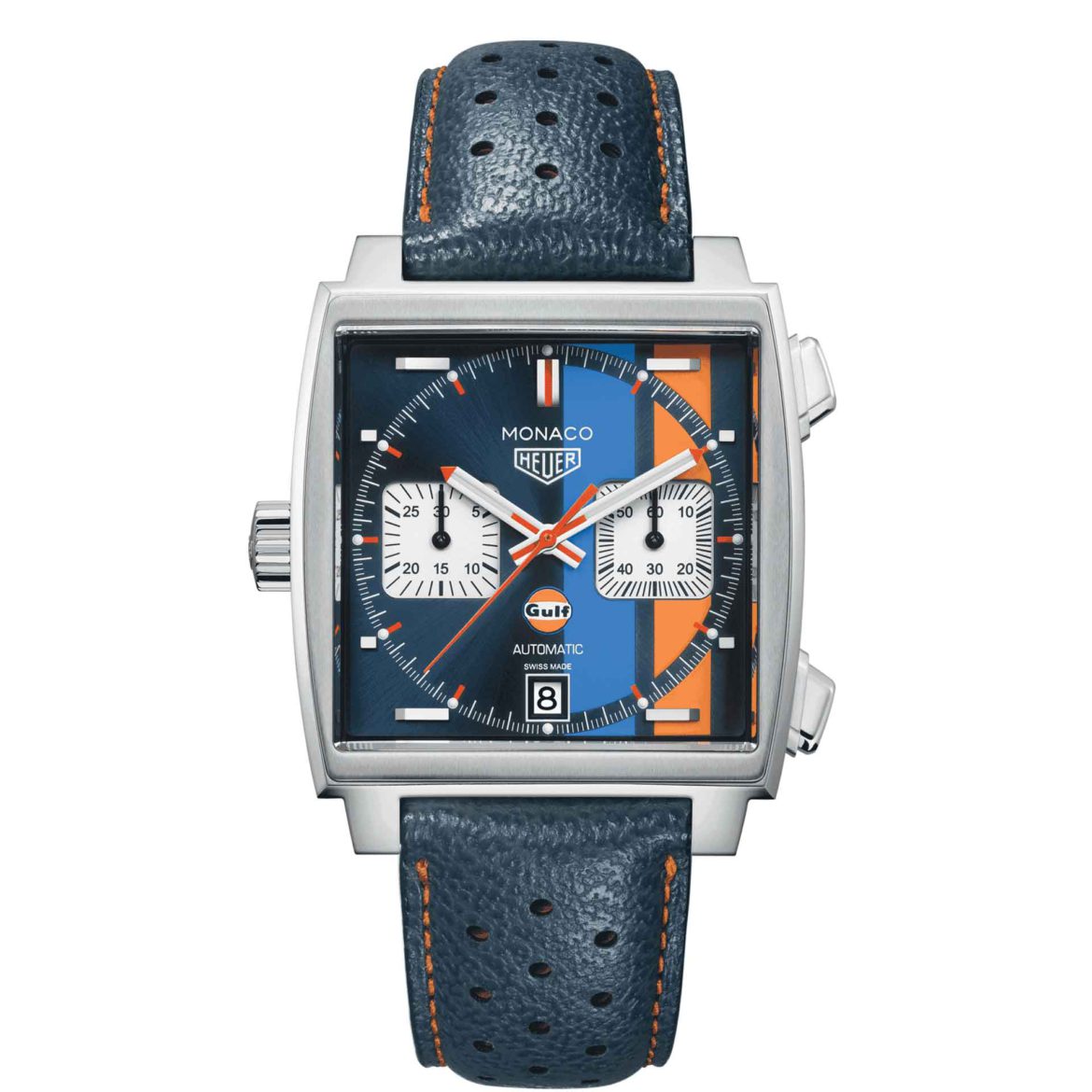 Grady Davis was the vice-president of Gulf Oil and in 1966 he bought himself a Ford GT40. He teamed up with John Wyer who was a racing engineer and team manager after a glorious racing career. In 1966 he formed J.W. Automotive Engineering Ltd (JWA) together with John Willment and in 1967 the team won the 1,000 kilometers of Spa, Belgium, with a Ford powered Mirage M-1. And backed by Gulf Racing.

In 1968 the first Ford GT40’s in Gulf livery attended the race arena. Two-year-old models, modified by Wyer, and these won the 1968 World Sportscar Championship surprisingly. And after that Le Mans, in 1968 and 1969. Which made the Gulf livery world-famous.

The Heuer Monaco was launched in 1969 and became famous when Steve McQueen had one. He was wearing the Monaco in the movie Le Mans from 1971. While he was driving a Porsche 917, dressed in a white race suit with Gulf striping. Heuer and McQueen melted together into one of the most successful partnerships in the history of watchmaking. 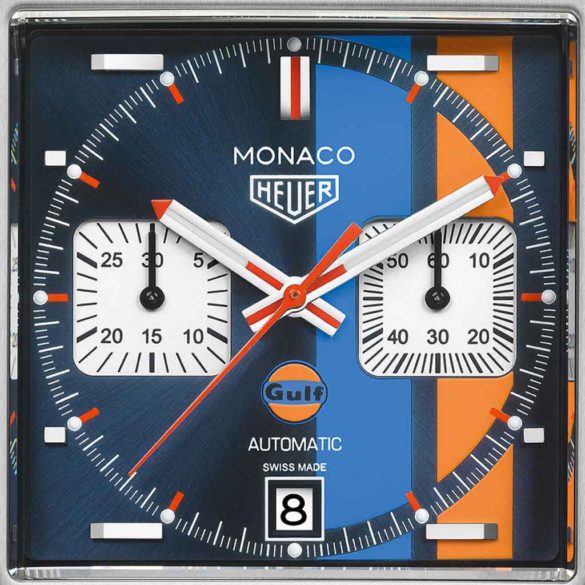 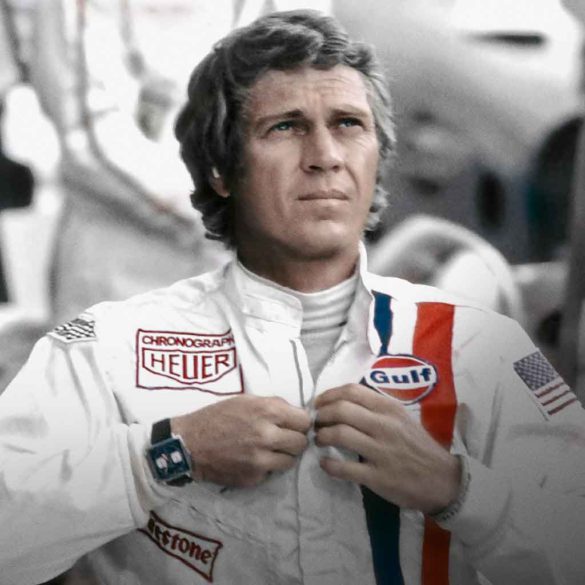 The TAG Heuer Monaco has had numerous updates and new versions, the latest one is the TAG Heuer Monaco Calibre 11 Automatic Chronograph from 2015. This new TAG Heuer Monaco Gulf Special Edition 50th Anniversary is more or less the same save the colors on the dial and the strap. Perhaps this Gulf edition is even more cool.

This TAG Heuer Monaco Gulf Special Edition 50th Anniversary is the fourth Monaco dedicated to Gulf. In 2005 TAG Heuer launched the Monaco Vintage ref. CW2118, limited to 4,000 pieces. Although this cheater has no orange colors. And the word “Gulf” is not printed on the dial. In 2007 the Monaco Gulf II with ref. CW211A debuts for the 40th anniversary of Gulf. Like the first one it features the Calibre 17 and it is also limited to 4,000 pieces.

In 2009 the Gulf III with ref. CAW2113 was released, featuring an anthracite dial and white sub-dials. This time with the Calibre 12. The new ref. CAW211R has the Calibre 11 again, with the crown on the left side and only “Heuer” in the logo.

It’s going to be a collector’s watch, for sure. However, it is not a limited edition, but a special edition. Usually it means limited but not numbered. And it is only available in the United States at this moment but in 2018 it will be available in Europe too. The video below the specs shows more details. 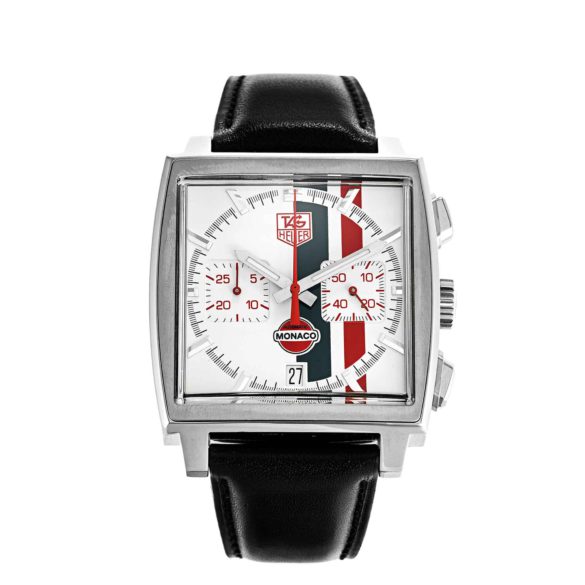 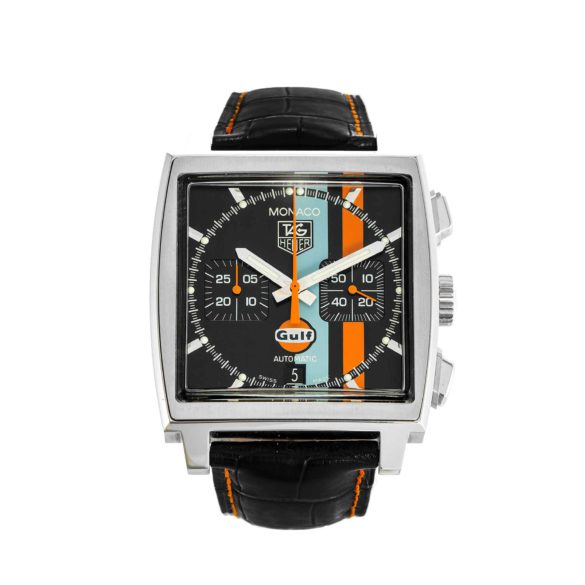 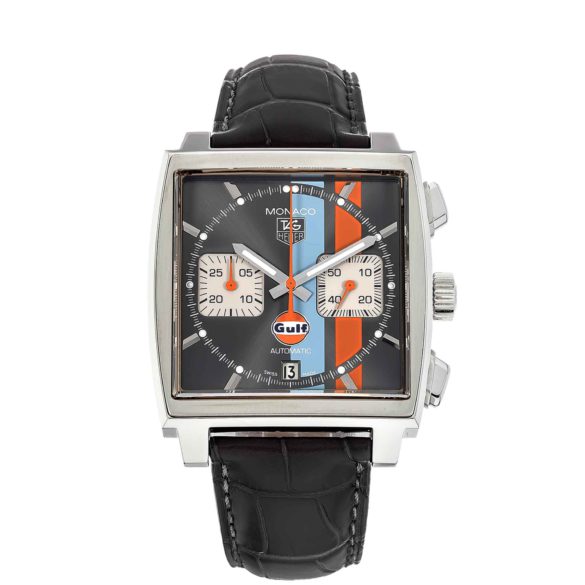 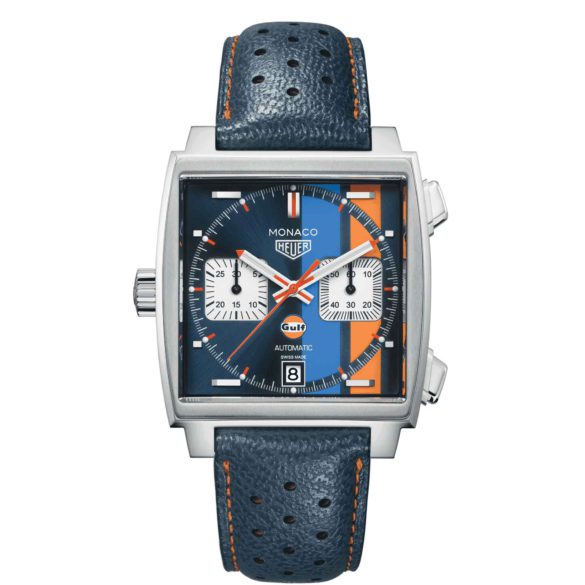