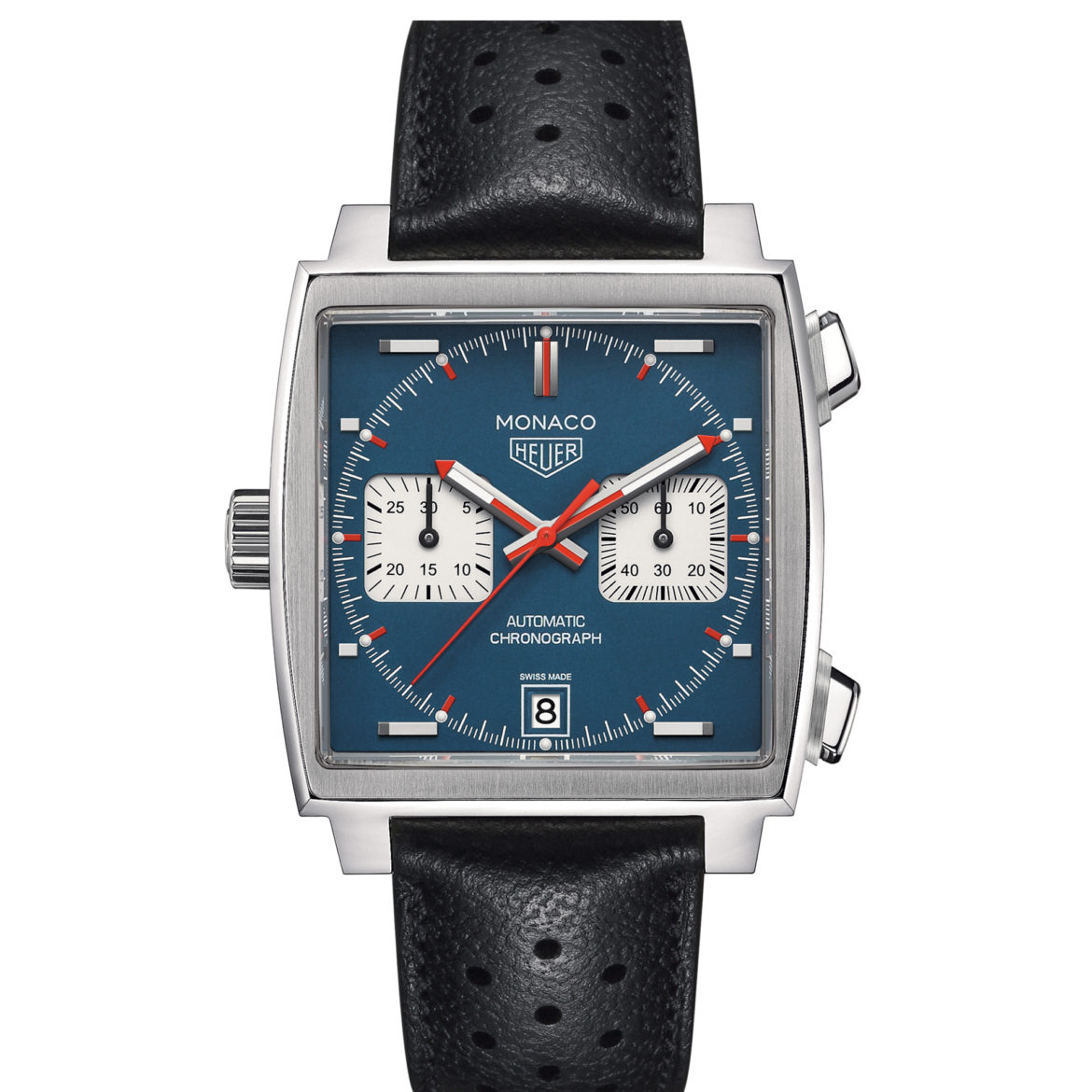 American actor and racing enthusiast Steve McQueen wore one in the movie Le Mans (1971), the watch is affiliated with the Grand Prix of Monaco (to this day), and when it appeared in 1969 it was a small revolution in watch making. The height of 39 millimeters made it a big watch for that time. The square shape was unique as well as the bright blue color. Moreover, it was waterproof, not very common then, and it was the first automatic chronograph featuring a micro rotor. After the original Monaco with caliber 11 – the “McQueen Monaco” (the 1133B model) – there have been many reissues and remakes. In time the model was improved, but no reissue came as close to the original as the 2009 model. Limited to 1,000 pieces, it had better quality glass and featured the original caliber 11. The new 2015 edition of the TAG Heuer Monaco Caliber 11 Automatic Chronograph is not limited, the case is still slightly square and the back is transparant so you can take a closer look at the caliber 11. The pushers are shaped slightly different. Still, nearly all the details of the original Monaco were retained: the crown on the left, the typography, the original logo, the hour markers, the strap and much more. This will definitely appeal to TAG Monaco lovers.

Below a short video of TAG Heuer about the beginning in 1971, with Steve McQueen, Le Mans and the Monaco Caliber 11 from 1969: