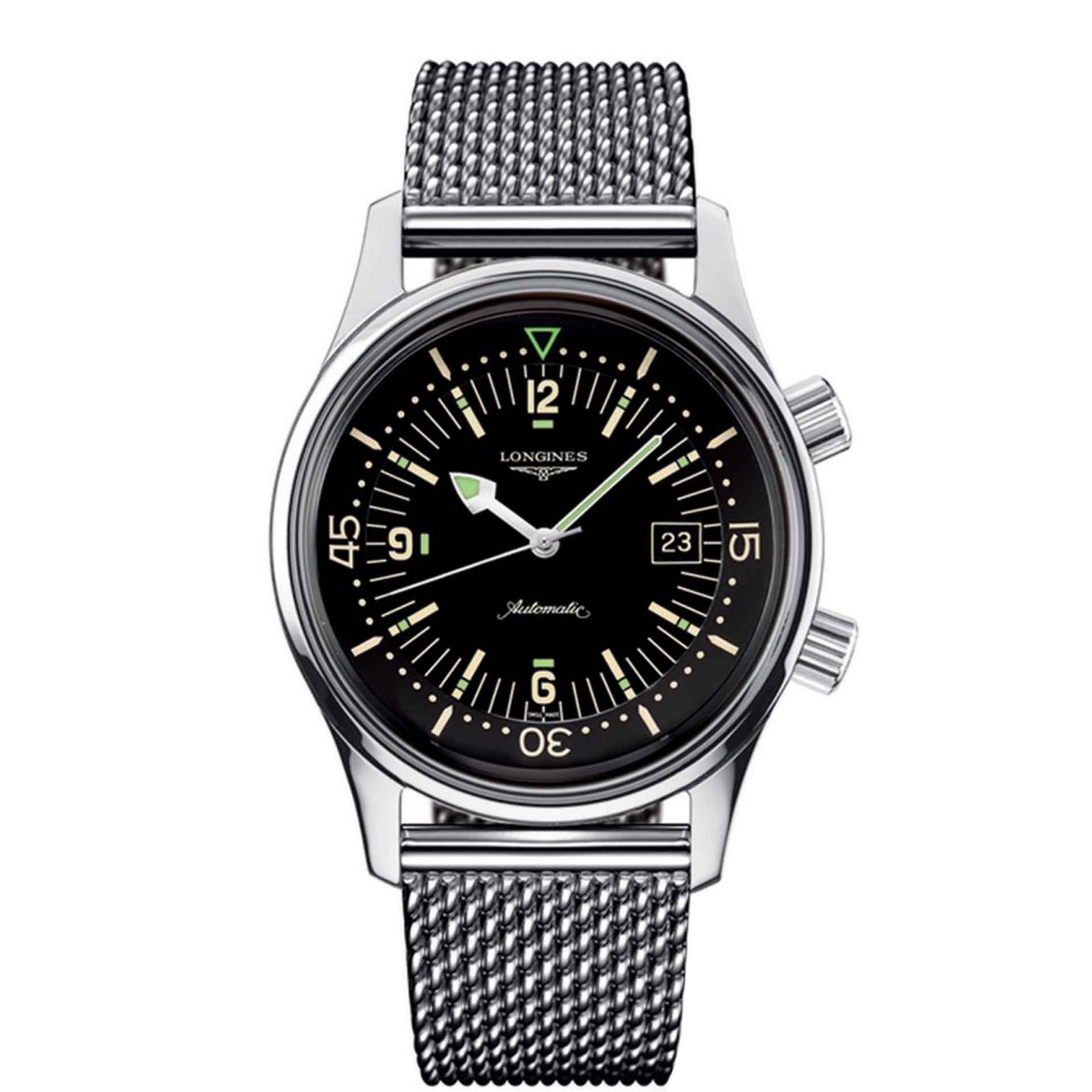 Longines has quite a long tradition in making divers, which started in the late 1950s with the Nautilus Skin Diver. The Swiss brand also has the Longines Legend Diver Watch, a diving watch with a nice mix of heritage and modern watch making. This model was already introduced in 2007 and now the have updated it with… a new bracelet! It is now available with a Milanese mesh bracelet. Yes, it is summertime in Switzerland.

The Longines Legend Diver still has the inner rotating bezel 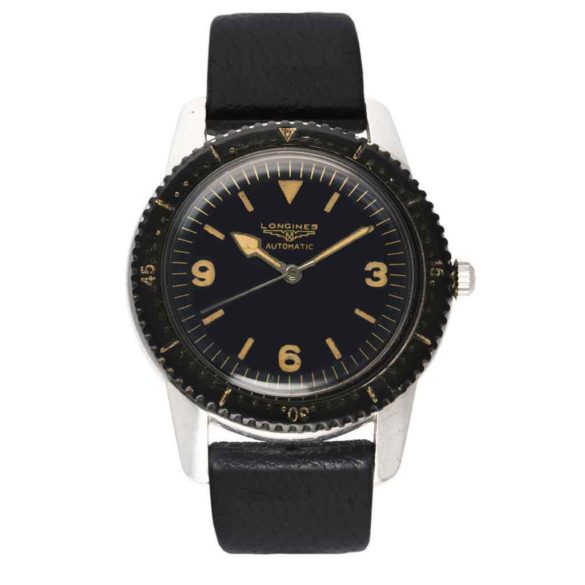 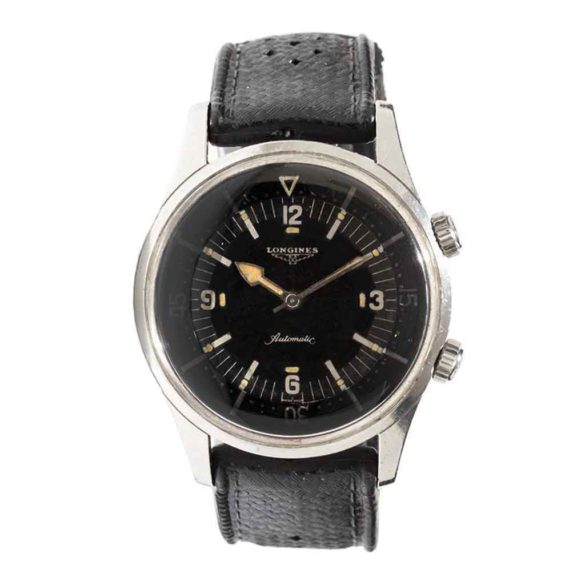 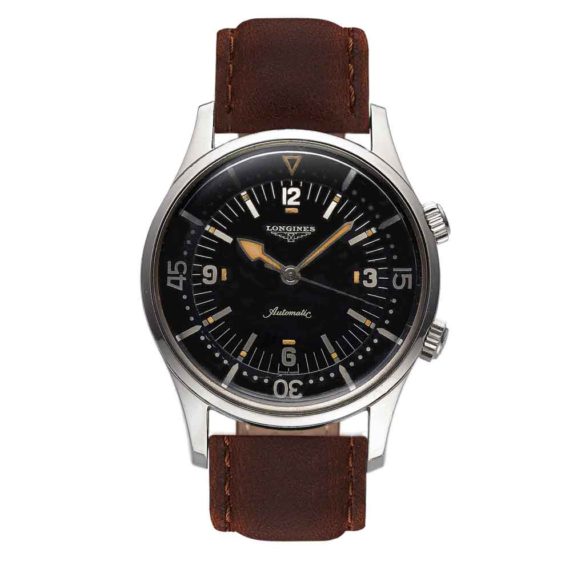 After the Nautilus i the 1950s, Longines launched the Longines Reference 7042 in the early 1960s with a so called Super Compressor case. The Swiss case manufacturer Ervin Piquerez S.A. (or EPSA) designed a patented case sealing method in the 1950s that becomes more water tight the deeper a watch goes. Deeper means more pressure that applies to the case back. The principle was used until the 1970s, so you find them on many vintage divers.

The Longines Reference 7042 also features an internal turning diving bezel, operated by the upper crown. After the Reference 7042 more models followed, like the very interesting Longines Reference 7150-1 that was produced between 1961 and 1962. Look at these vintage pieces and you know where the inspiration for the Longines Legend Diver comes from. Hands, indices, the layout of the dial and of course, the domed crystal and the internal bezel. And the Legend Diver has a date indication.

The good thing about the Longines Legend Diver Watch are its looks. But the best thing is its price. It’s hard to find a vintage looking diver with this presence and these specs for around 2k. Maybe this Tudor or this Oris. We would go for the Longines. And if you take a look at your favorite vintage watch market place you will find this Legend Diver for under 2k. 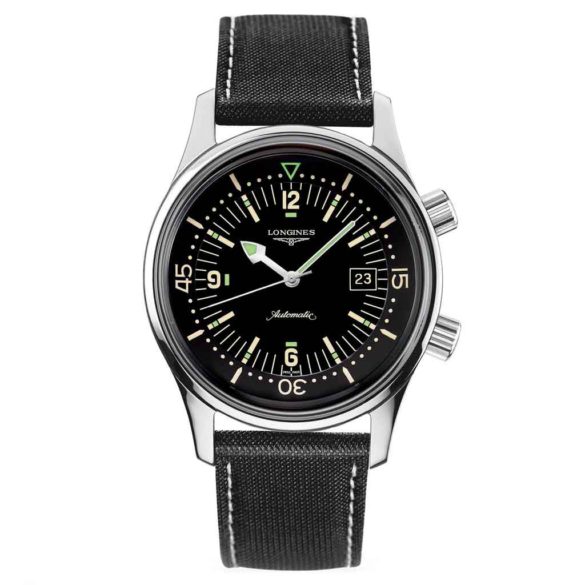 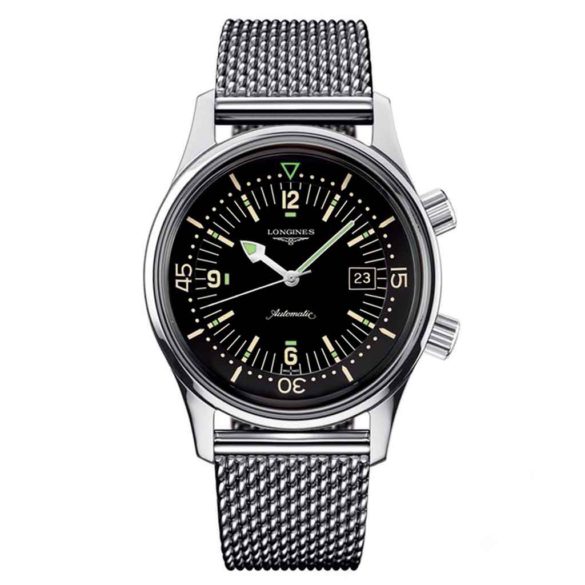