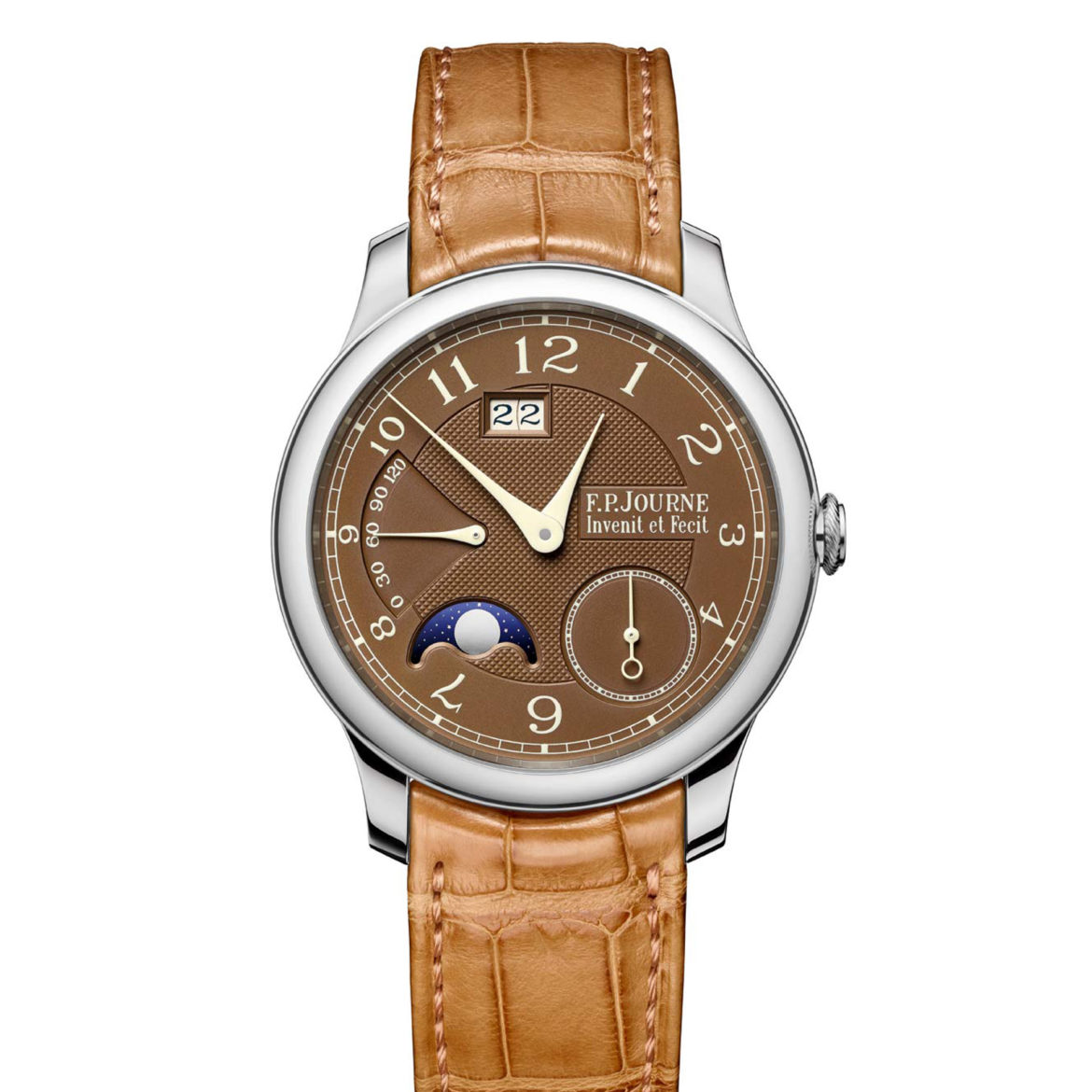 The Octa Automatique Reserve Havana features hours, minutes, small seconds, a large date indication at 12 o’clock and a power-reserve indicator at 9 o’clock. The Octa Automatique Lune Havana adds a moon phase at 7 o’clock. Both models are an extension to the existing collection, available in 40 or 42 millimeters with a platinum or rose gold case. These two new Havana editions, with tobacco brown dial, are only available in platinum. And with a 40- or 42-millimeter case. 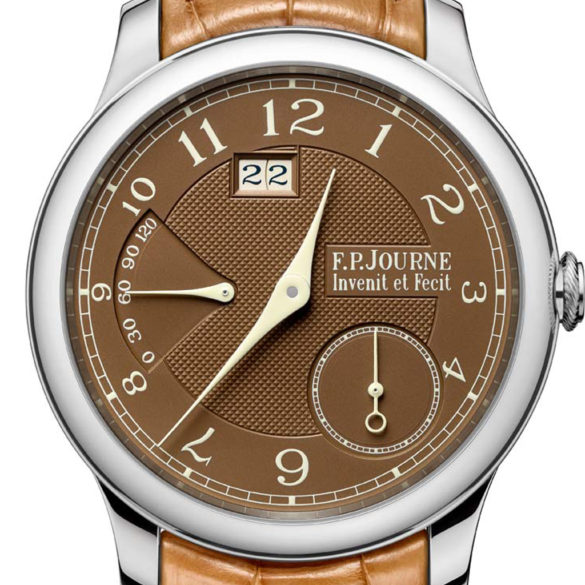 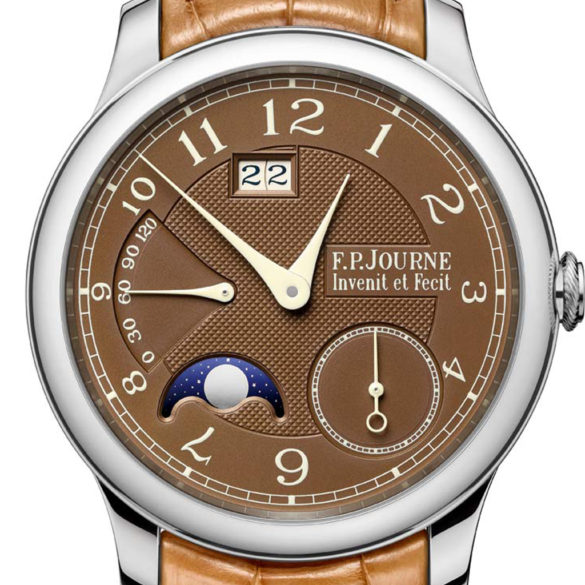 The F.P. Journe Octa Automatique Havana is available with 40- and 42-millimeter case

The movement for both models is the same: the F.P Journe caliber 1300.3 which is developed to cover a whole range of model varieties. One of the key characteristics of this caliber is the 120-hour power-reserve. The Lune version with moon phase has an additional complication.

The Octa Automatique Lune Havana version is about 10 percent more expensive, so in our opinion that’s the one to go for. 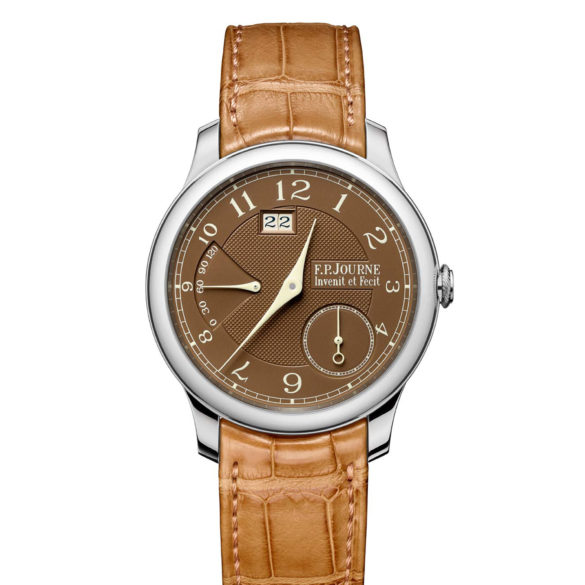 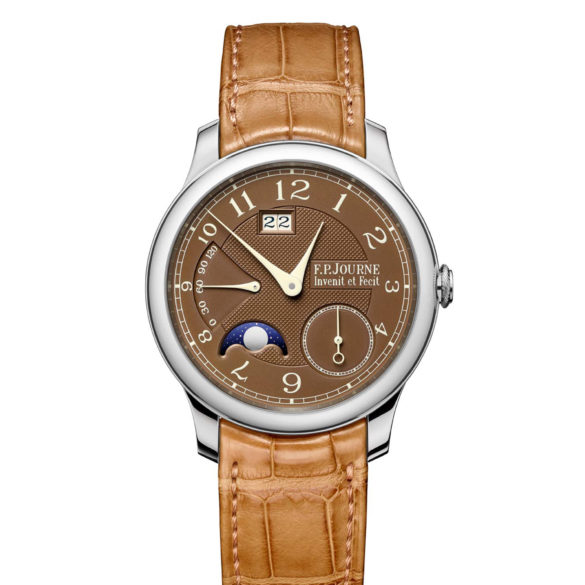