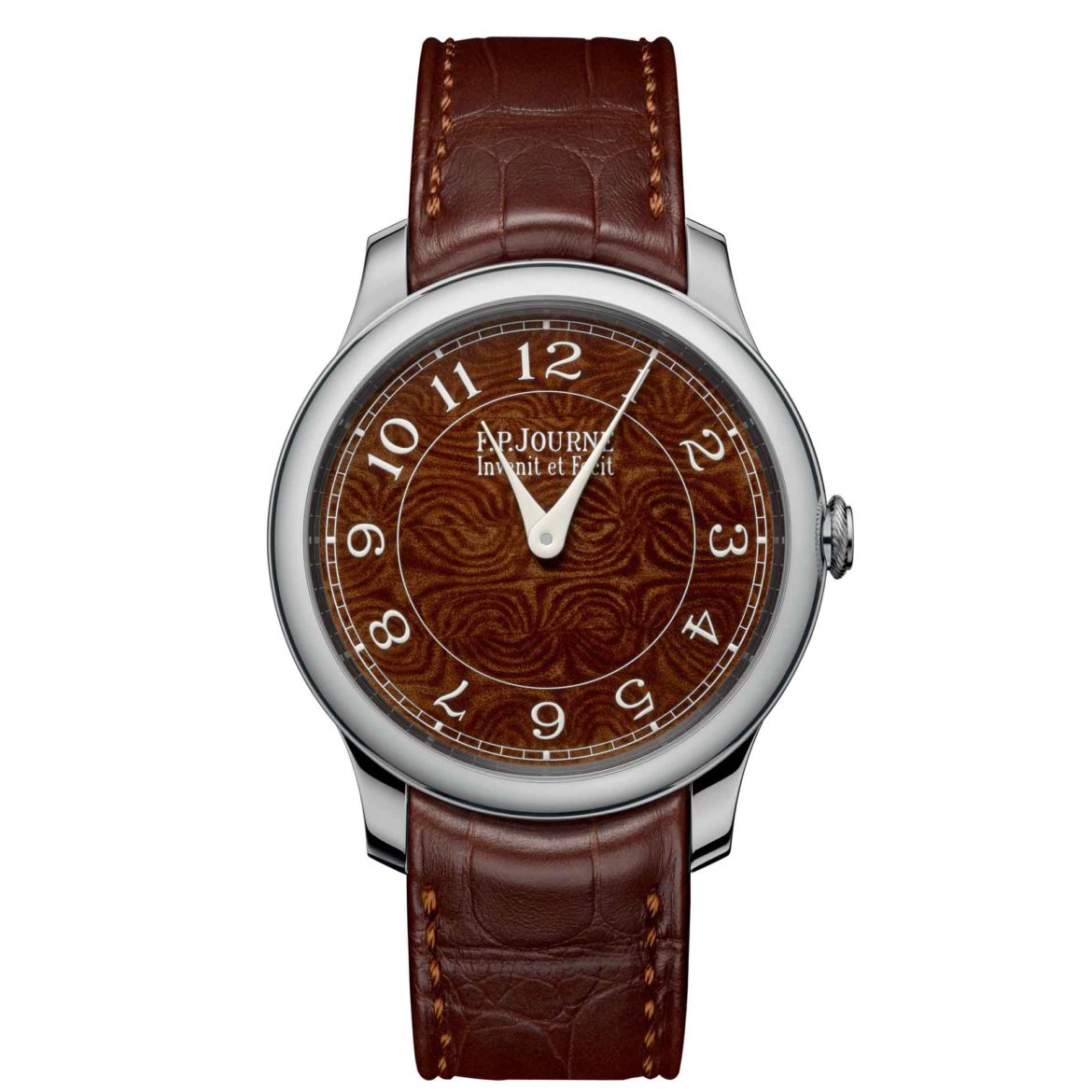 A collaboration between a gunsmith and a watchmaker. The result is the pretty special F.P. Journe Chronomètre Holland & Holland.

It is a timepiece like no other. Mostly, this is a hollow marketing line, but now it is pretty accurate. This because of the special dial made for F.P. Journe by their dial makers Les Cadraniers de Genève. A dial made out of Damascus steel and not just any steel, but sourced from to antique Holland & Holland shotguns.

The legendary British gun maker donated two of their hand-crafted barrels to be made into dials. One dating back to 1868 and one to 1882. The barrels were rolled out and cut to make 38 dials out of the 1868 barrel and 28 dials out of the 1882 barrel.

The F.P. Journe Chronomètre Holland & Holland saves the lives of a bunch of rabbits, pigeons and pheasants 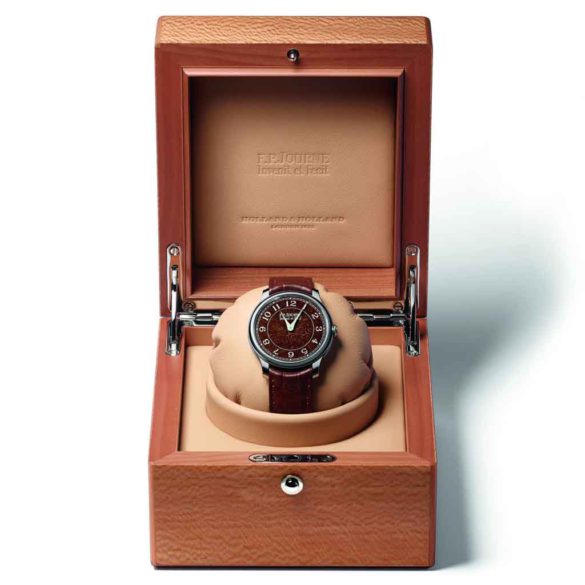 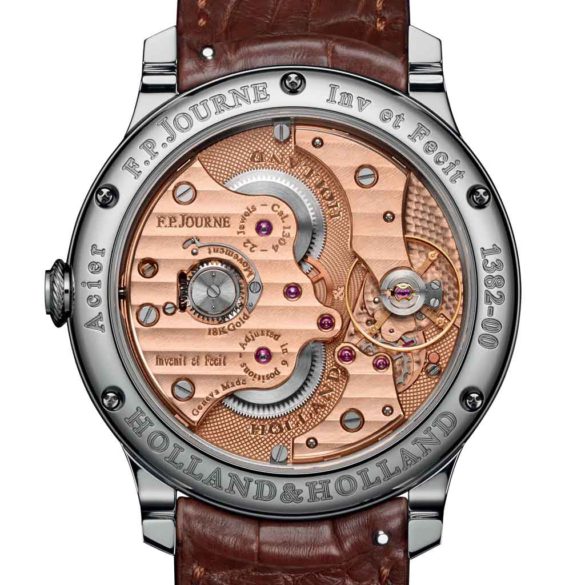 But what’s the deal with Damascus steel? Well, it is produced out of two or more types of steel and forged into one bar. A repeated process of heating, twisting and hammering with the result being a bar with layers of steel of different types. This produces the wavy lines and patterns visible due to the difference in chemical composition between the different bars used.

The Japanese have been using it to manufacture their swords since 1100 AD, and the Vikings and Celts around 600 AD. By 1570, it was used to manufacture gun barrels in India. The Damascus techniques had spread to the Ottoman Empire and later to Hungary and Spain by the 1650s. By 1700, the Belgians were producing pattern welded barrels in Liège, and in the early 1800s, the technique was used in England to produce high quality sporting barrels.

So, not your regular dial. A dial that is powered by F.P. Journe’s 1304 hand-wound movement executed in 18-carat rose gold. A combination which is housed in a 39-millimeter stainless steel case. The entire F.P. Journe Chronomètre Holland & Holland series is limited to 66 pieces made from the two antique barrels and comes on a brown leather strap.

Watch the video below the specs for a good impression of the watch (and guns).