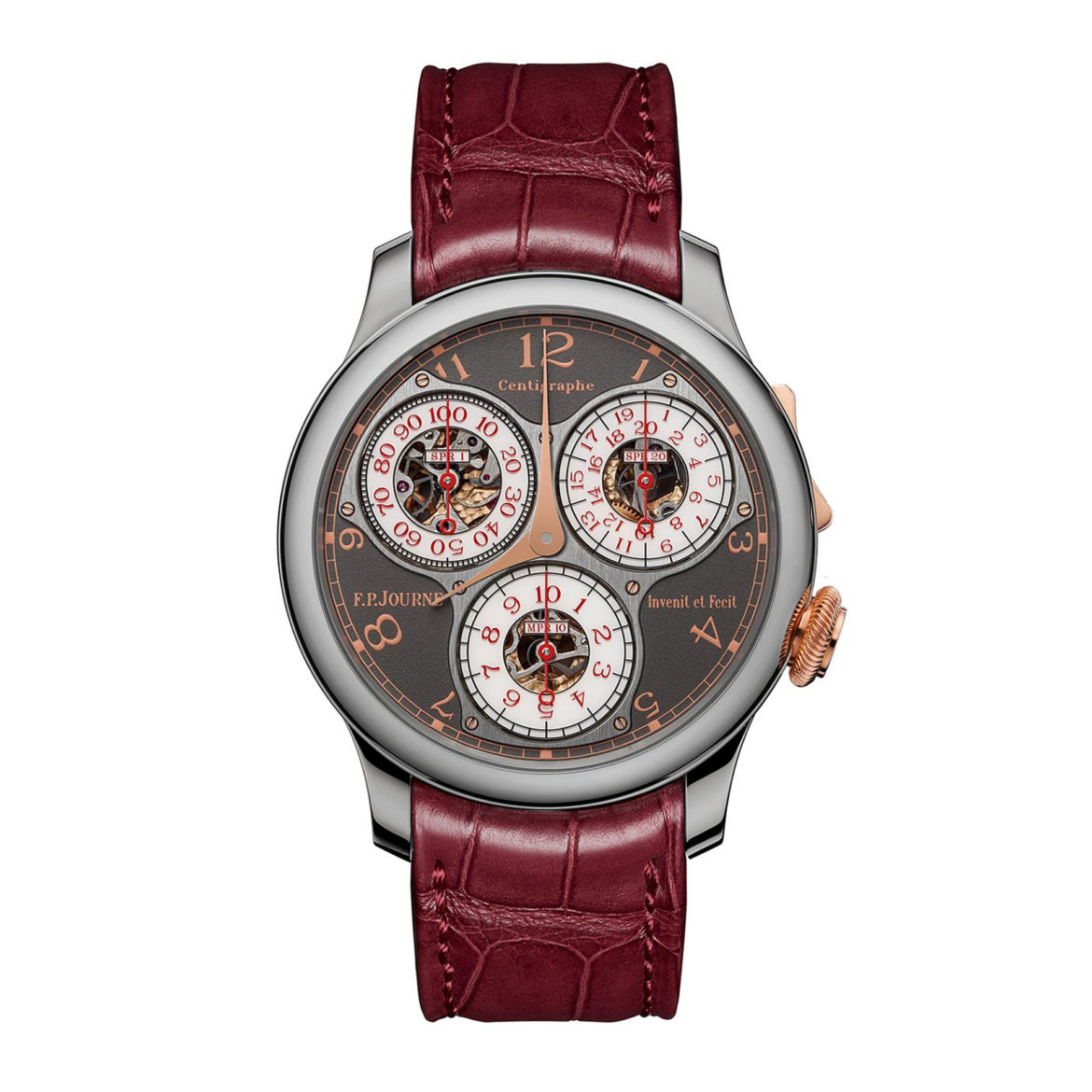 The F.P. Journe Centigraphe Souverain Anniversaire celebrates the 10th anniversary of the brand’s boutiques worldwide. Not all those boutiques reached that milestone yet, but over the coming years they will. Hong Kong and Tokyo just reached their 10th anniversary so they will start selling this new time piece. 20 pieces in Hong Kong, 10 in Tokyo. The other eight boutiques will follow over the coming years. A rather unconventional way to roll out a new limited model.

Do you want an F.P. Journe Centigraphe Souverain Anniversaire? Plan it at your FPJ boutique

If you want one, put the date of your F.P. Journe boutique’s anniversary into your agenda as the time piece will only be sold in those boutiques. March 2017 in Geneva, followed by Boca Raton in spring. In 2018 it is available in Paris, Beijing and New York. In 2019 it is Bal Harbour’s turn, Miami in 2022, Los Angeles in 2023 and last but not least Beirut in 2024. Each piece is numbered followed by the name of corresponding city. The total number to be sold? F.P. Journe doesn’t know yet. However, the total number for the first four stores will be 55. They say.

The 40-millimetres case is made from polished titanium. It has a ruthenium dial with sapphire registers. The crown and rocker are 18K gold. The movement of the Centigraphe Souverain Anniversary is identical to the regular version, a hand-wound calibre 1506. Like all F.P. Journe movements it has the bridges and main plate in solid 18k rose gold.

It has a very special chronograph

The ordinary Centigraphe has a solid dial, the anniversary edition has transparent sapphire dials for each chronograph register. The chronograph is capable of measuring up to a 1/100th of a second. Hence the “Centigraphe” label, the dial records 1/100th of a second on the register at 11 o’clock. It does that in a way which is called “flying seconds”, or “foudroyant”, meaning it ticks once each time the escape wheel rotates. The other chronograph dials are a 20-seconds register and a 10-minute register.

For collectors F.P. Journe launches a new service. When the opportunity arises, F.P. Journe purchase their own rare watches and restore them as new. They then become available upon request in the F.P. Journe boutiques and qualify for a new 3-years sales warranty. They are delivered with a new presentation box and a guaranty card. So in case you missed the opportunity to buy a Centigraphe Souverain Anniversaire in the coming years… 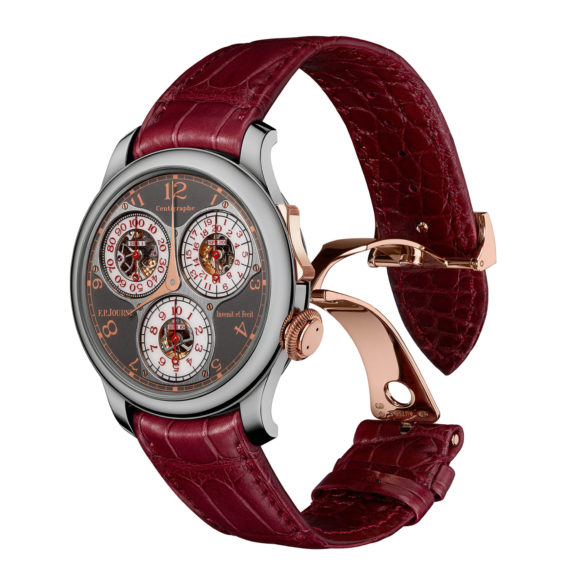 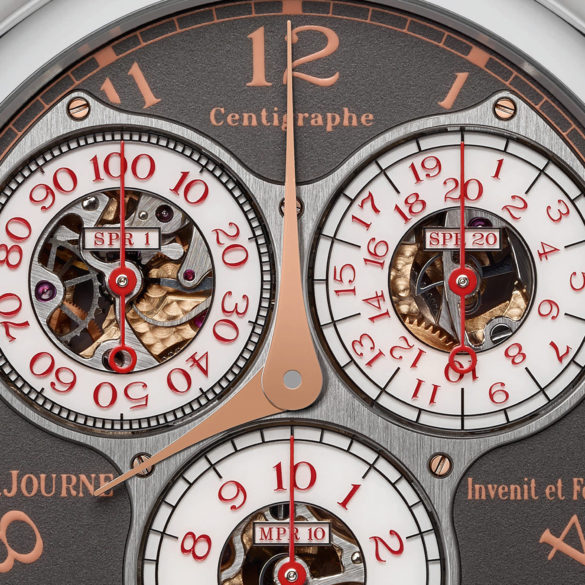 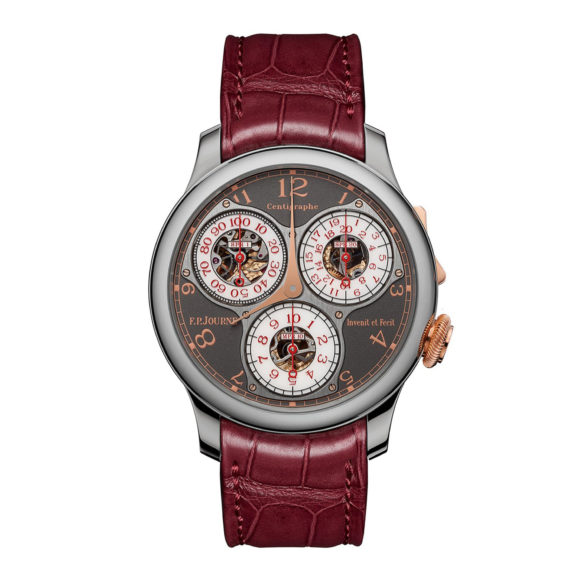