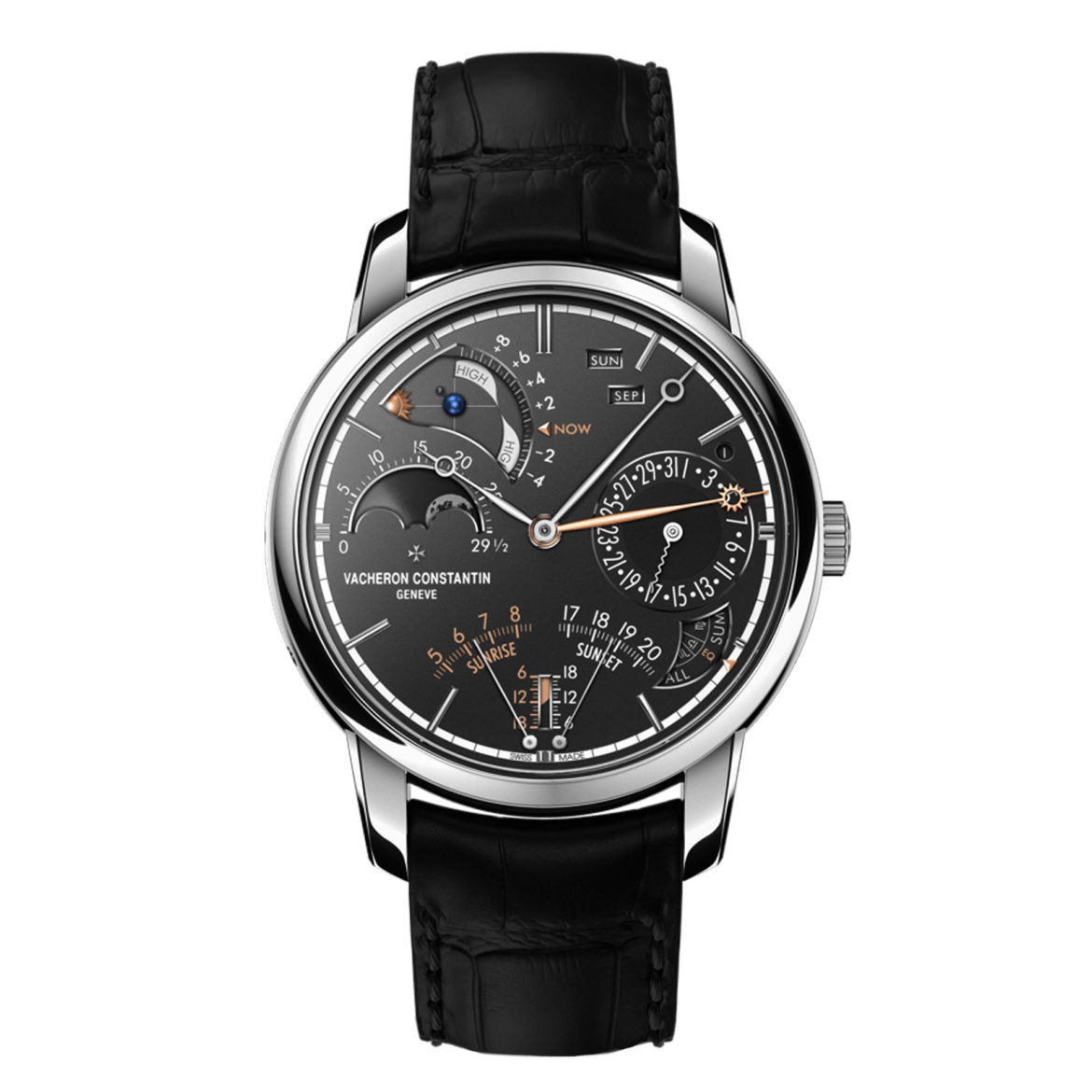 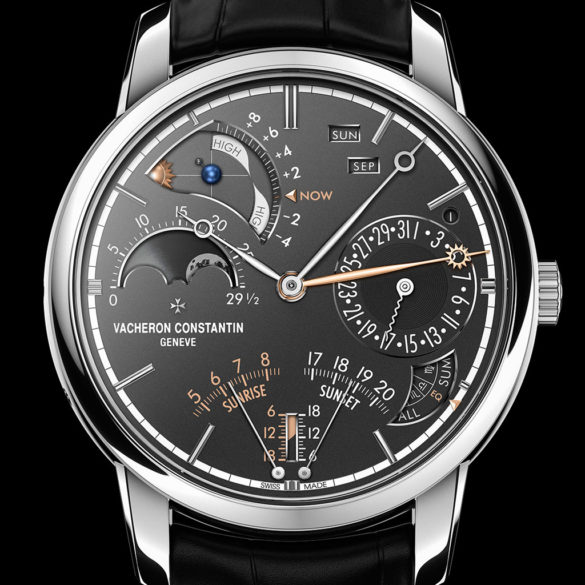 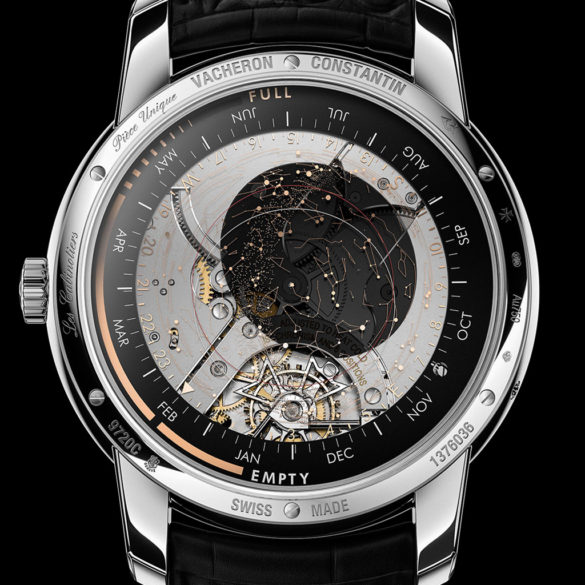 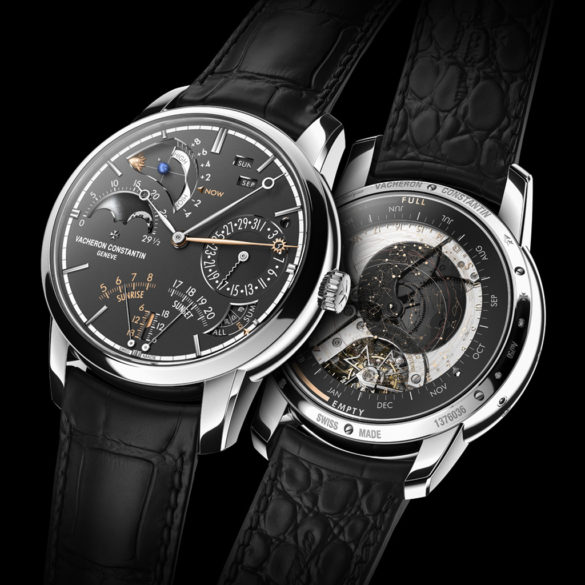 At first there is a co-axial pink gold minutes hand, tipped with a cut-out sun that enables instant reading of true solar time. As true solar time differs from ‘our time’. In short, this is because the orbiting of the sun in relation to other planets, including earth, isn’t exactly corresponding with our time. Which has to do with the position of the sun related to the axis of the earth; the turning of the earth around the sun is not an exact circle but an elliptical trajectory. And the earth, not only turning around the sun but also turning around its own axis, is a little flatter and wider than a perfect round. That is why the time of nature is either ranging from -16 minutes and 23 seconds on November 4th to +14 minutes and 22 seconds on February 11th. It is called the “equation of time”. This equation of time is calculated by the difference between the minutes hand and the solar hand. 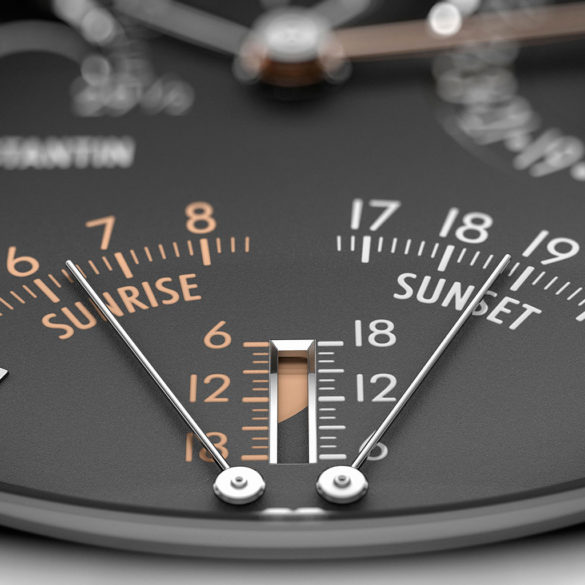 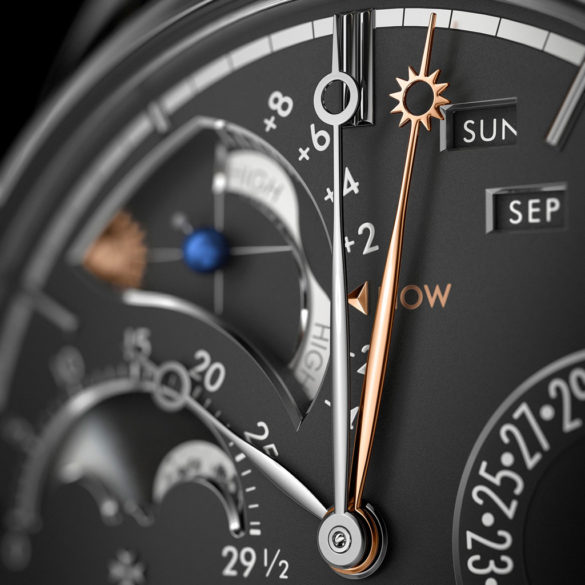 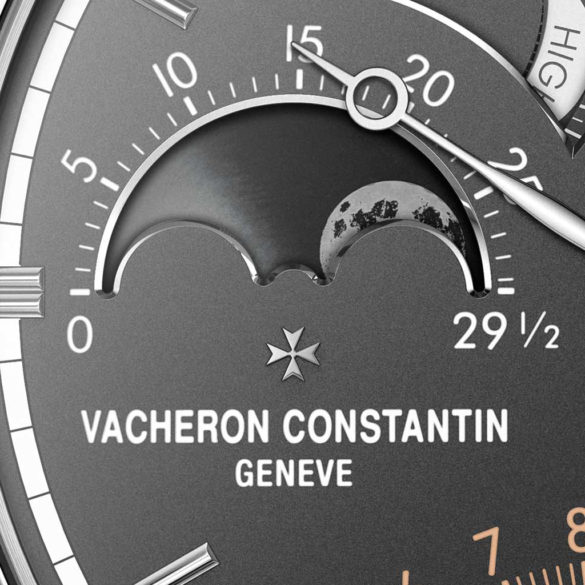 Another interesting complication is at the 4 o’clock position. This aperture shows the seasons, solstices, equinoxes and zodiacal signs. And at 11 o’clock there is a so called mareoscope. This mareoscope indicates the tide levels and sun-earth-moon conjunction, opposition and quadrature, amazingly visualized in 3D.

There is more to admire on the back of the watch

When you turn the Vacheron Constantin Les Cabinotiers Celestia Astronomical Grand Complication 3600, there is even more to see. The left half of the outer ring of the dial on the back shows the power-reserve indication. Six barrels (!) provide a power-reserve of three weeks. Then there is the ‘Celestia’ part of the watch. Two superimposed sapphire discs rotate independently and create a transparent celestial chart. One displays the constellations and the Milky Way viewed from the Northern Hemisphere, as well as the months of the year. This disc also shows a red and a white ellipse corresponding to the projections of the ecliptic and the celestial equator. Beneath the constellations, the second disc rimmed by a graduated scale displays sidereal time and the four cardinal points, while an ellipse colored in black reveals a see-through view of the celestial chart. The back dial also offers a great view on the tourbillon. 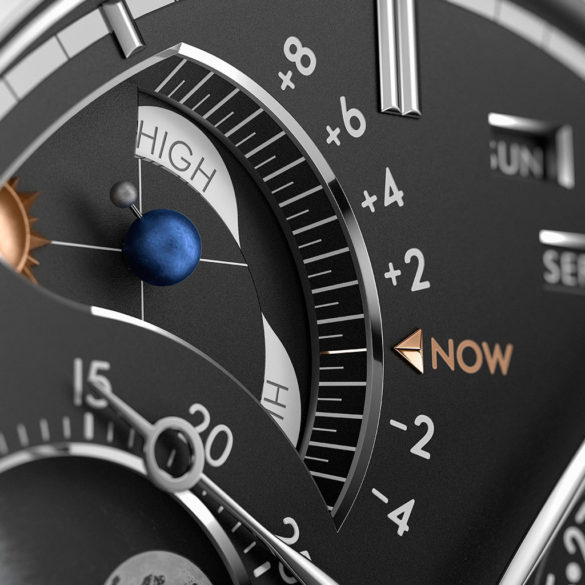 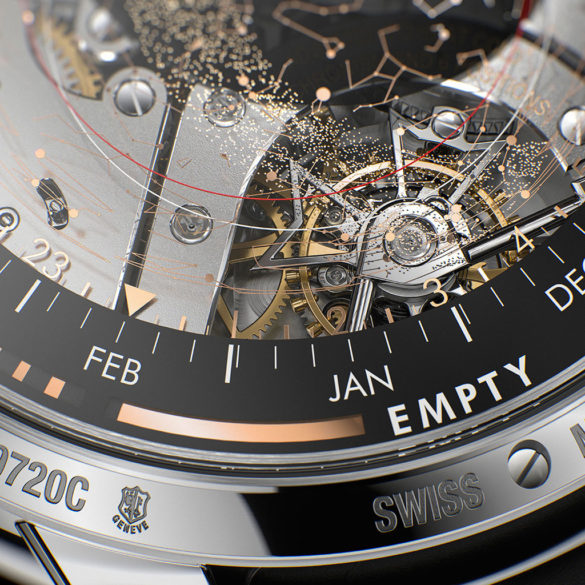 It is no wonder Vacheron Constantin’s integrated caliber 3600 consists of 514 parts, and this whole technical masterpiece fits into a white gold case measuring 45 millimeters in diameter and is only 13.6 millimeters thick.

Vacheron Constantin didn’t reveal a price for their most complicated watch ever. Over a million could be a good estimation as VC needed five years to develop it from scratch. And it’s a one-off. Below the specs there is a video in which you see the watch moving…