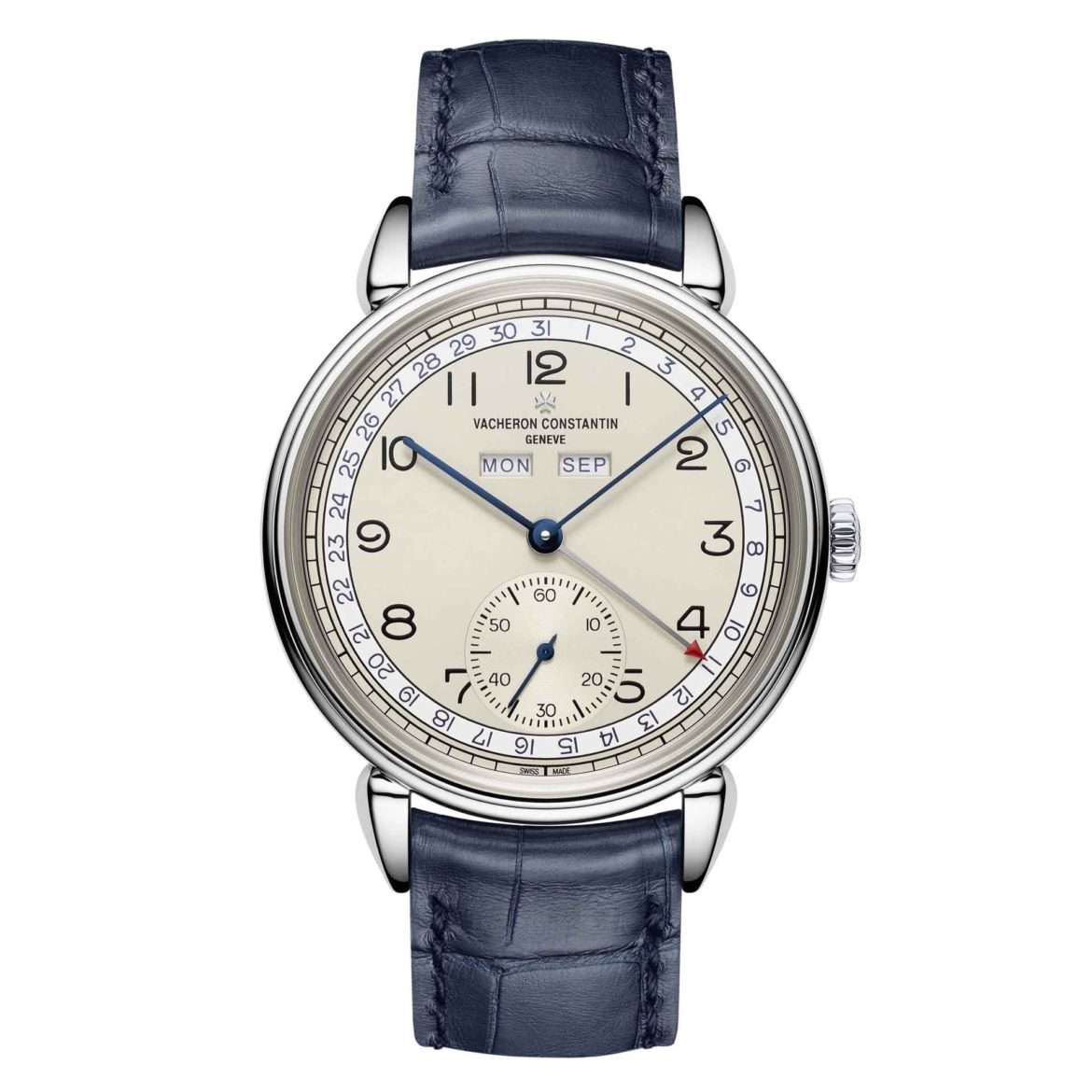 The Vacheron Constantin Historiques Triple Calendrier 1942 is inspired by the Vacheron Constantin Reference 4240. This 35-millimeter triple (or full) calendar was launched in 1942 in yellow gold, pink gold and steel. It has a 3-stepped case with claw lugs and features VC’s caliber V458, a hand-wound movement with 17 jewels. The lugs are also known as ‘Cornes de Vache’, French for cow horns. 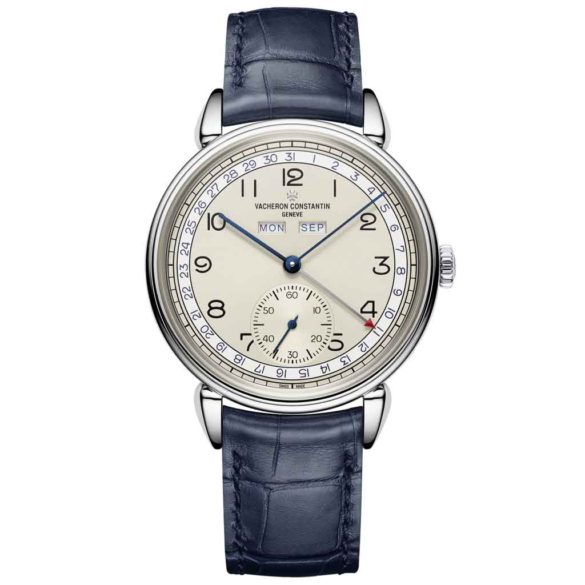 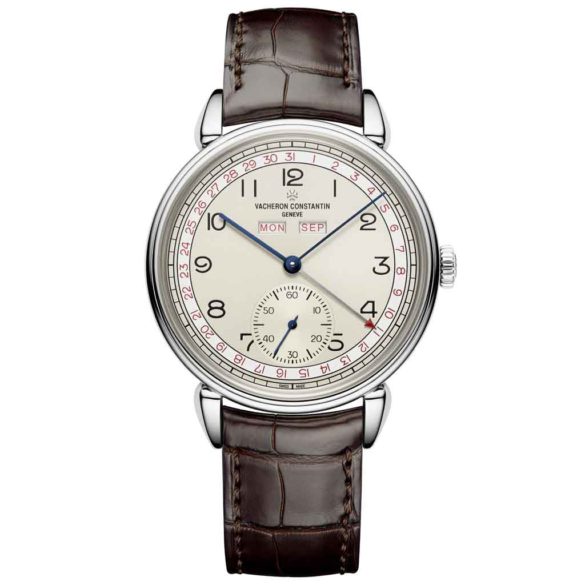 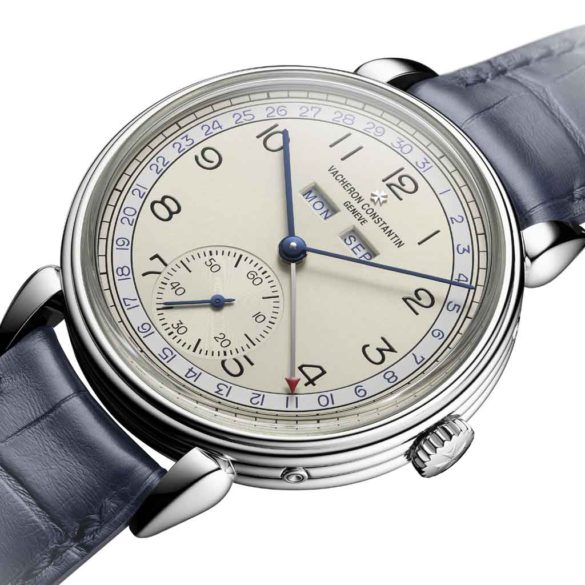 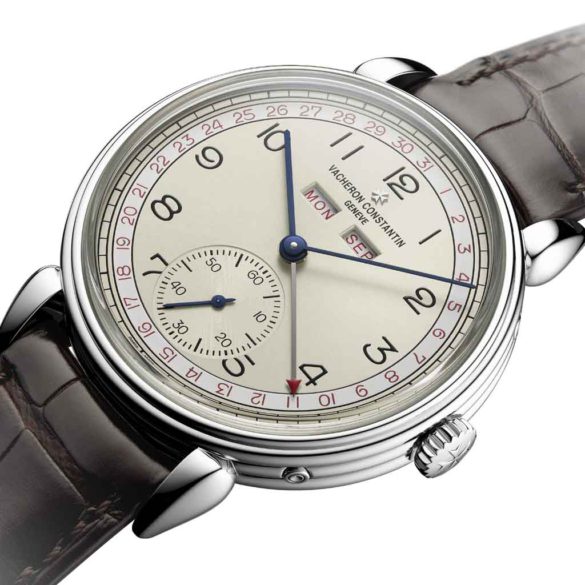 The new model is adjusted to the new size standards and is 40 millimeters. It still has the stepped case with claw lugs and comes with a stainless steel case and a silvered sunburst satin-finished dial. The dial is either executed with a burgundy colored date track or a blue date track. Both versions come on a matching alligator leather strap.

Inside runs Vacheron Constantin’s new caliber 4400 QC, based on the caliber 4400. Hand-wound, ticking at 28,800 vibrations per hour and certified with the Hallmark of Genèva. It offers hours, minutes and small seconds at the 6 o’clock position. The date is shown by an extra hand with red arrow tip pointing at a white date track. The day and month are shown in two apertures at the 12 o’clock position.

Apart from the beautiful design and great details it is very easy to read. A modern interpretation of an iconic historical model. Do you want a moon phase complication as well? Go for the Vacheron Constantin Historiques Triple Calendrier 1948. More can be seen in the video below the specs. 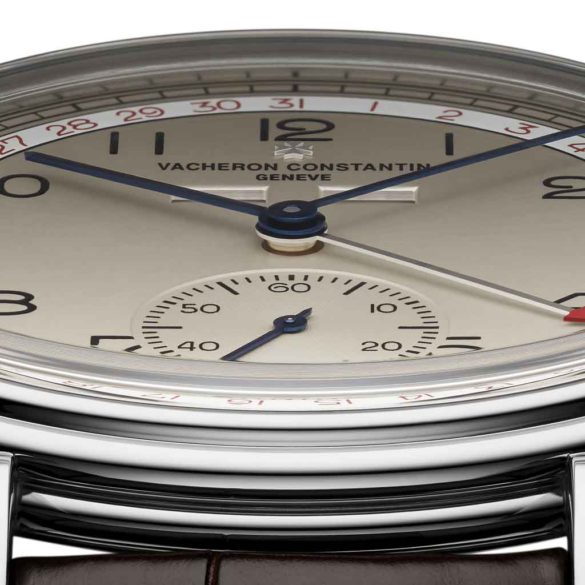 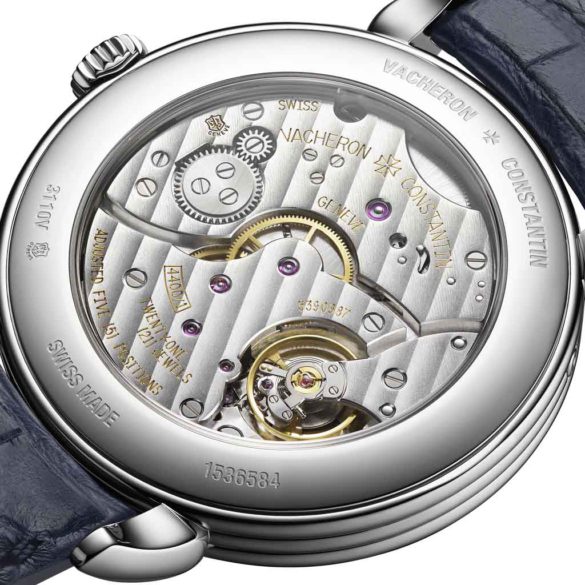