Where the 1942 model comes in stainless steel, this 1948 comes in pink gold with either a red or blue date track. Both models are limited to 200 pieces. 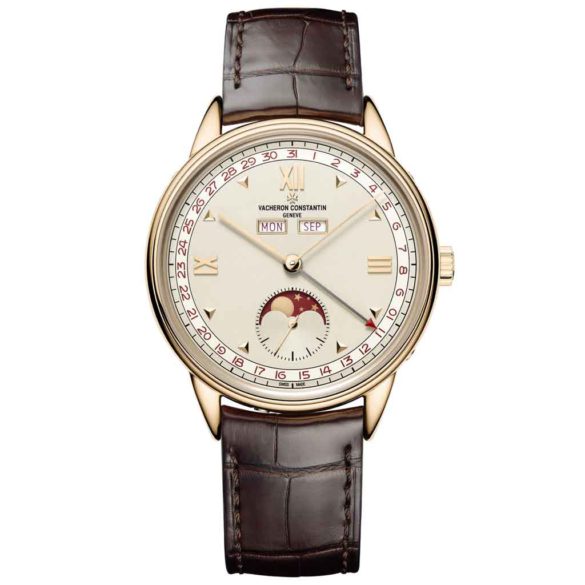 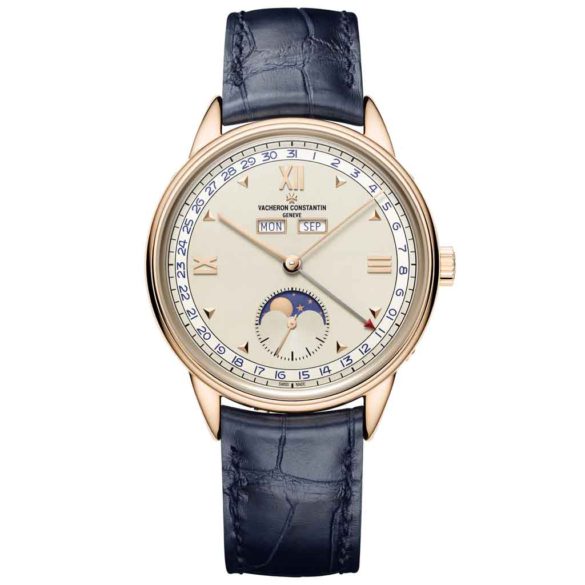 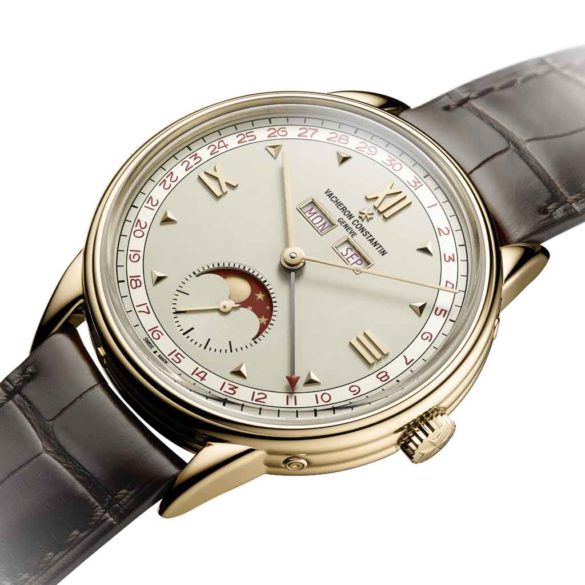 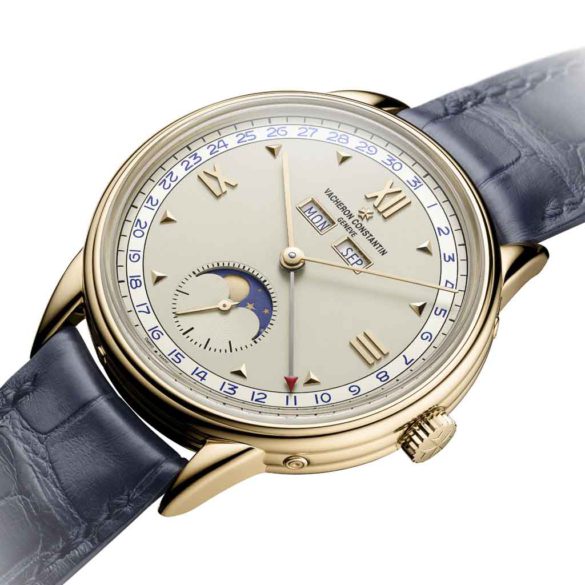 Design-wise this new model has traces of the 4240L (where L means Lune, French for Moon). A triple gadroon case with claw-type lugs, and a silvered opaline center dial with a sunburst satin-finished external zone. The dial is enriched with Roman numerals and triangle-type hour markers, calendar functions and a moon in the same color as the date track. To finish the retro looks it has slim baton-type hands.

The movement is based on the caliber in the Vacheron Constantin Historiques Triple Calendrier 1942, the 4400 QC. Now with added lunar cycle and named caliber 4400 QCL. Perfectly finished and bearing the Hallmark of Geneva.

Obviously, the gold case and moon phase complication lead to a higher price, but given the beauty and quality it is still a good deal. The video below the specs shows the Vacheron Constantin Historiques Triple Calendrier 1948 in all its glory. 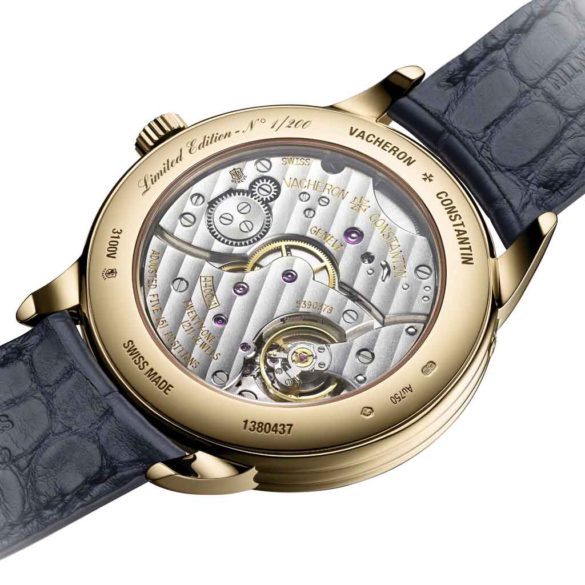