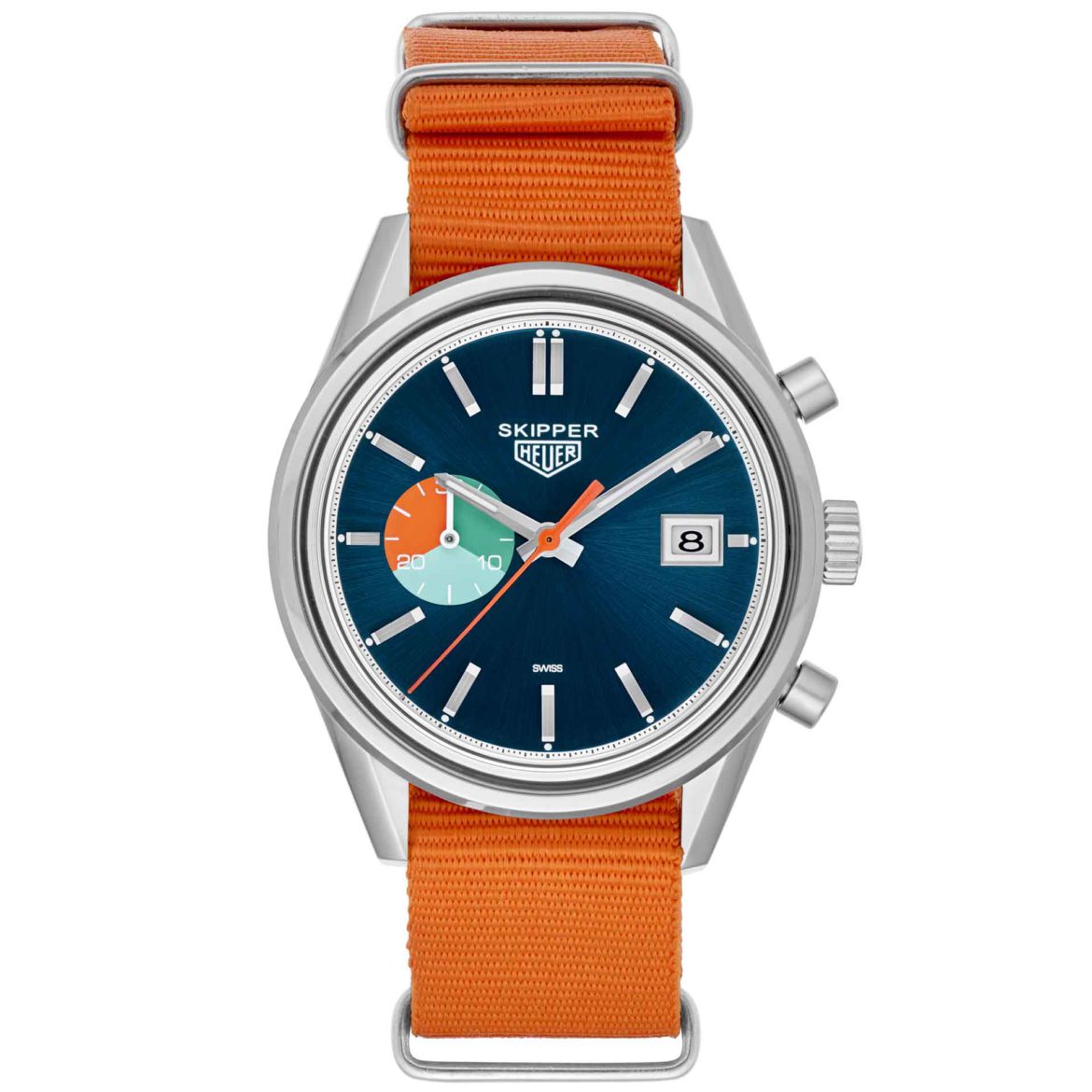 Just like watchblog Fratello Watches’ Omega Speedmaster Speedy Tuesday another website has ‘made’ its own limited edition. Succesfully, as all 125 pieces of the TAG Heuer Limited Edition Carrera Skipper for Hodinkee have already sold out. You can be put on its wait list but don’t get your hopes up. So, what’s all the fuss about?

The Heuer Skipper was a watch from 1967, commissioned after Emil Mosbacher’s victory at the America’s Cup on the yacht Intrepid. This “Skipperera” was based on the Carrera, a watch born in the racing paddock. What set the Skipper out was that instead of a traditional chronograph the Skipper only has one 15-minute counter. This counter is divided into three colors which helps the yacht’s skipper to keep track of the countdown during a regatta. A very helpful tool as more watch brands with a marine background have regatta timers. 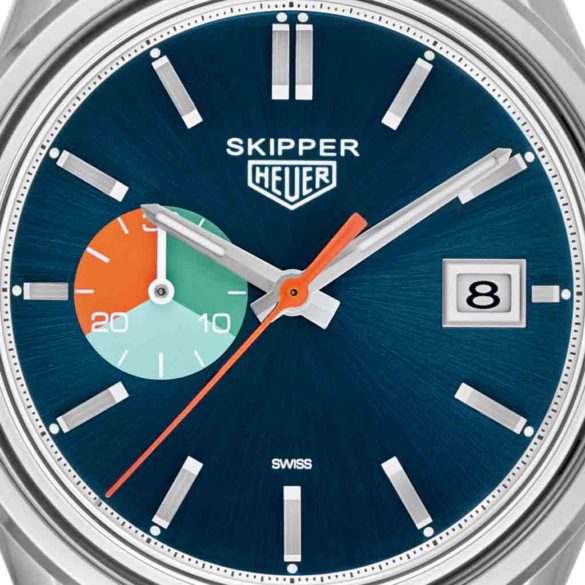 The Carrera Skipper has grown out to be one of the most sought after Heuers ever made. Only 20 watches of the original reference 7754 have been found.

TAG Heuer partnered up with Hodinkee for this limited edition, but they haven’t just copied the original design. It comes with the same faceted lugs, but on a larger 39-millimeter case instead of the original 35 millimeters. Also a modern domed sapphire glass is used instead of plexiglass. A pity, because, well, plexi is sexy (but much more easy to scratch). The regatta countdown has also changed into a new layout, now with 10-minute intervals. 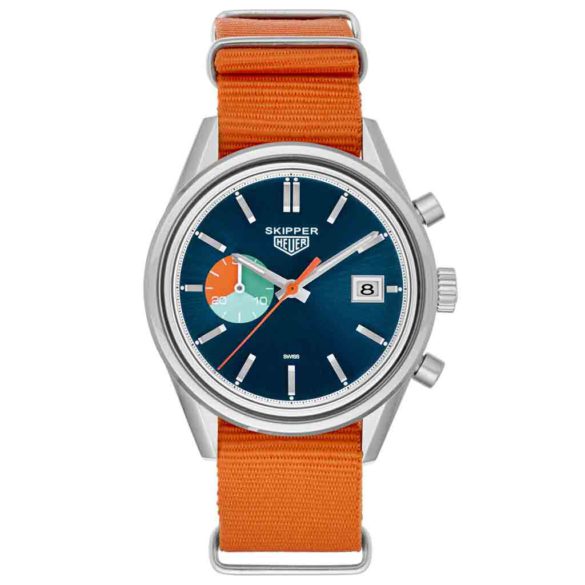 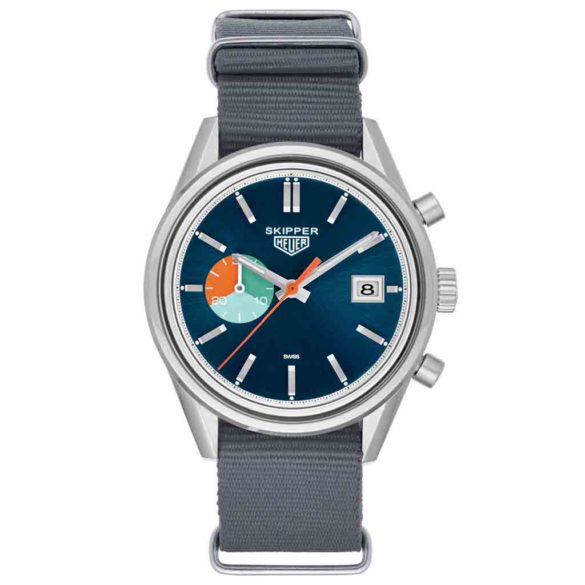 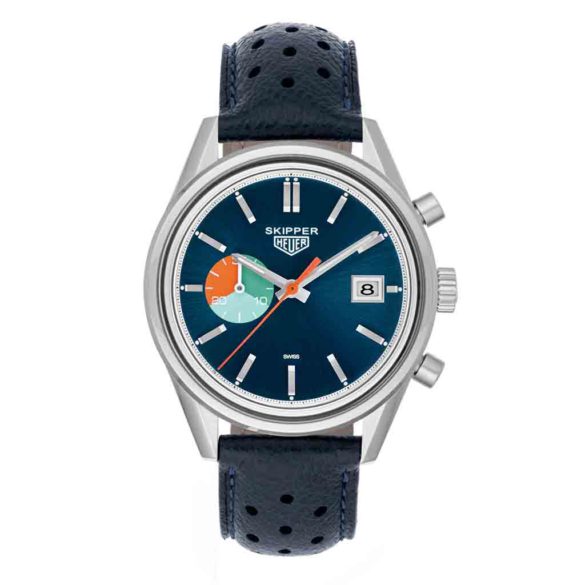