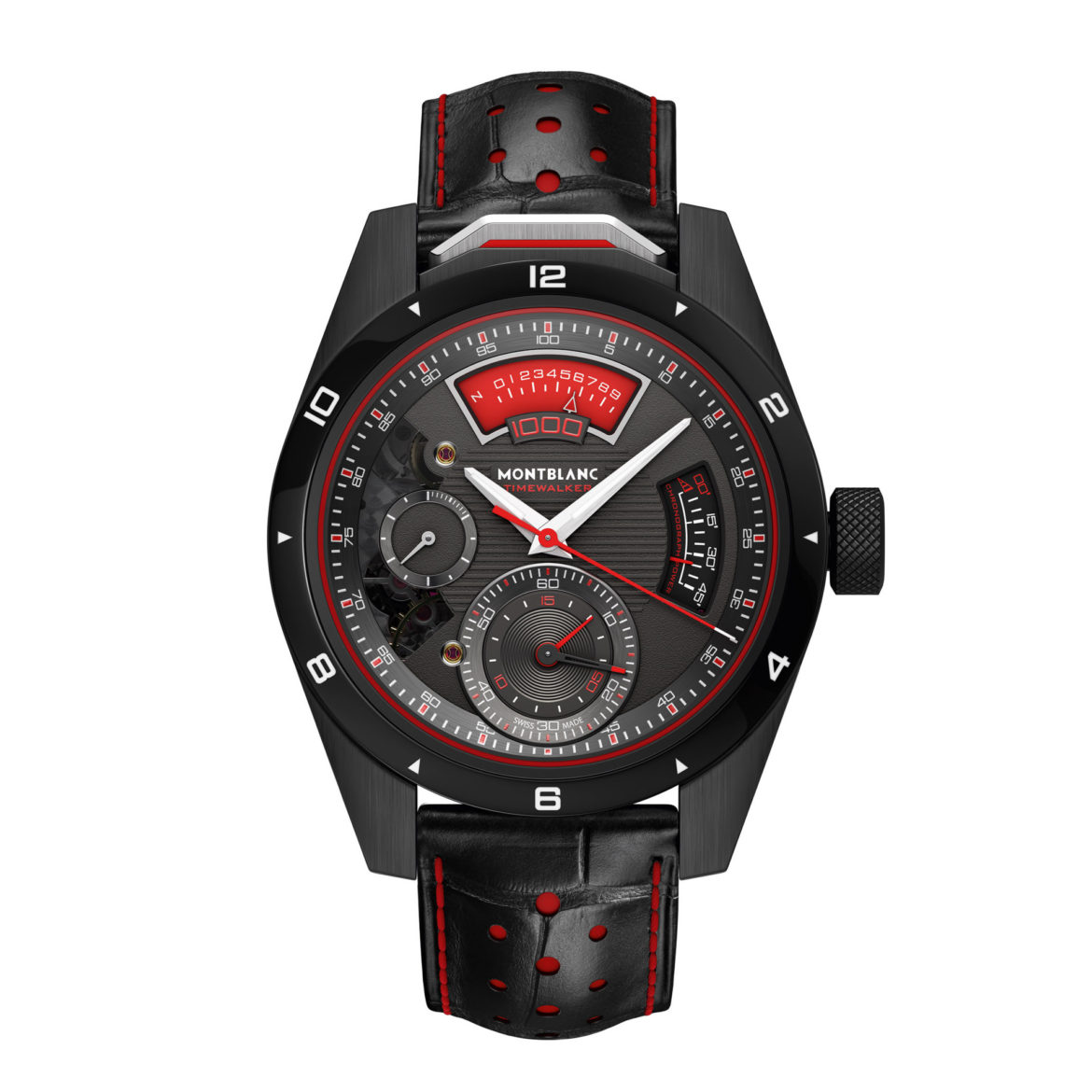 With the knowledge of the famous Minerva Manufacture, Montblanc has developed the ultimate chronograph. This Montblanc TimeWalker Chronograph 1000 Limited Edition 18. Yes, it is limited to 18 pieces, and it is a monopusher.

Back in 1916 Minerva already had a stopwatch that could measure times up to 1/100th of a second. In 2006 the owner of Montblanc, the Richemont Group, buys the Fabrique d’Horlogerie Minerva SA and therefor their knowledge. Which made is possible for Montblanc to innovate with (mechanical) chronographs resulting in this timepiece as their top predator. As its chronograph records times up to 1/1000th of a second. 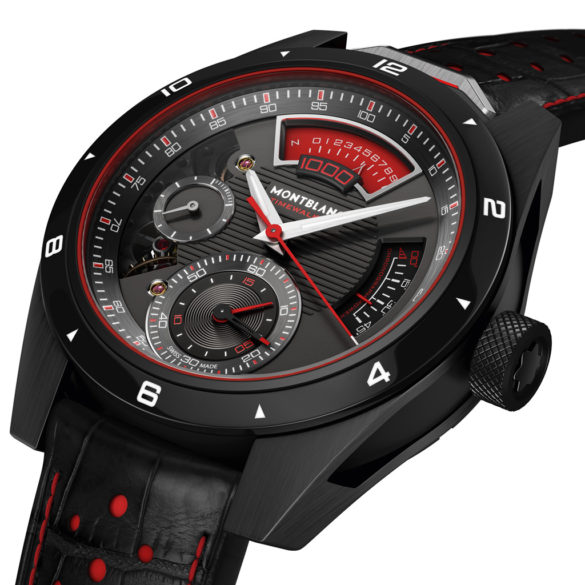 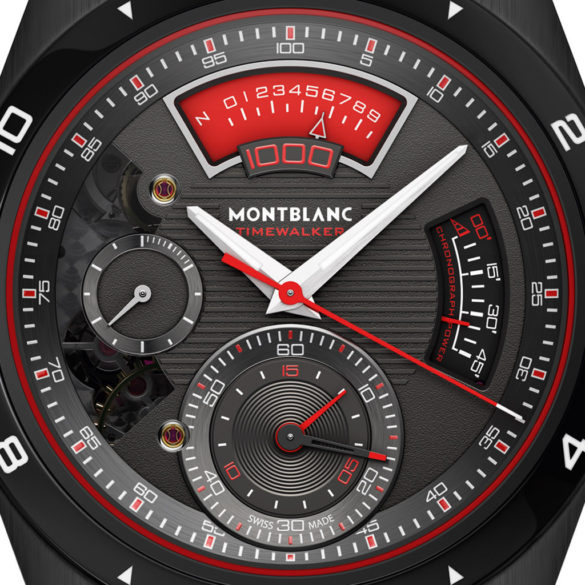 To achieve this accuracy the Montblanc TimeWalker Chronograph 1000 Limited Edition 18 has two balance wheels. One for the time and one for the chronograph. Within the movement, the part for the time beats at a low rate of 18,000 vibrations per hour. The chronograph hits 360,000 vph to enable precision of 1/1000th of a second. The extremely high-beating chronograph consumes so much energy it only runs for 45 minutes. Then you should manually wind the movement again for further operation. To warn you there is a power-reserve indicator for the chronograph at the 3 o’clock position. Without a running chronograph, the power-reserve is a massive 100 hours.

It works like this: hours and minutes have conventional hands, the small seconds are at the 9 o’clock position. At 6 o’clock is a double handed subdial. The long hand with red tip indicates the total elapsed seconds from 1 to 60. The shorter full red hand counts the elapsed minutes up to a total of 15. To measure 1/100th of a second there is the big red central hand, which spins fully round every second. 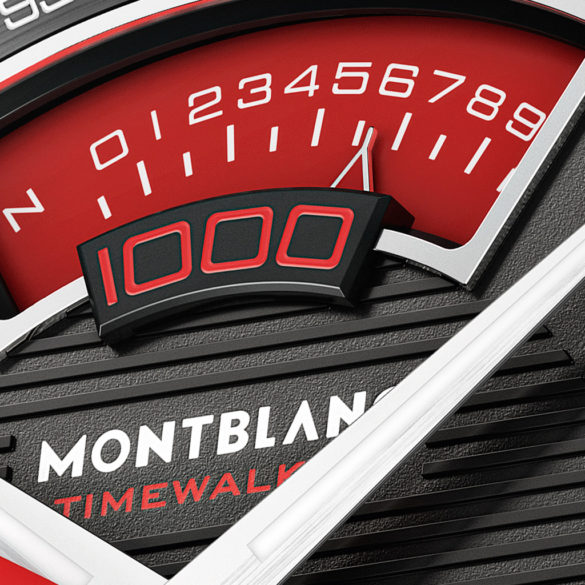 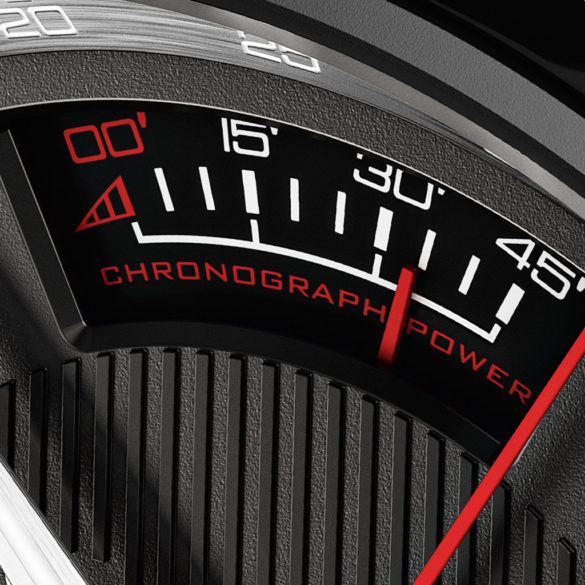 The case of the Montblanc TimeWalker Chronograph 1000 Limited Edition 18 is big. As it has to house all this mechanical technology. 46.4 millimeters in diameter, 17.34 millimeters thick. It goes without saying that the price of this masterpiece is in sync with its achievements.