In 2006 a partnership between Minerva and Montblanc starts as the Richemont Group, also the owner of Montblanc, buys the Fabrique d’Horlogerie Minerva SA. This to secure the manufacture know-how. That is why the Montblanc Heritage Chronometrie ExoTourbillon Rattrapante is inspired by the 1948 Minerva Pythagore. Although it doesn’t really look like it. Nevertheless, this is a great timepiece.

The Montblanc Heritage Chronometrie ExoTourbillon Rattrapante combines a mono-pusher split-second chronograph (rattrapante) and a tourbillon. For Montblanc the rattrapante chronograph goes back to the 1930s when Minerva produced their first split-second stopwatches. These measure intermediate times without interrupting the ongoing measurement of a longer elapsing interval. A rattrapante is also known as a double chronograph (or fly-back second chronograph in the old days), as they have two hands. One for the intermediate time and one for the ongoing time. An invention from the 19th century by Adolphe Nicole. When exactly we don’t known, only that the conventional chronograph was invented by Louis Moinet, in 1816. 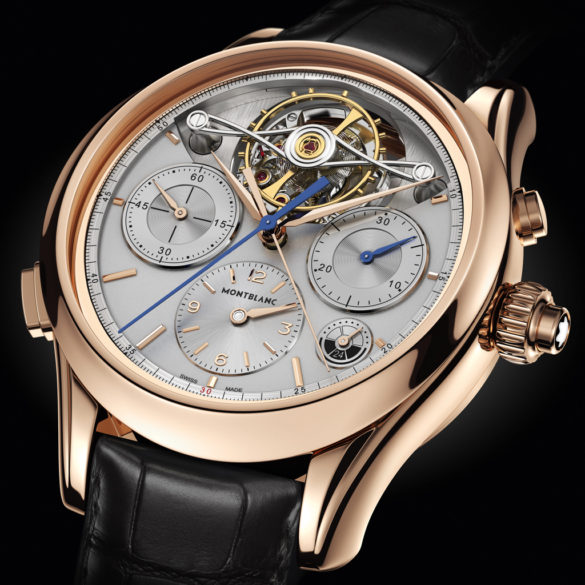 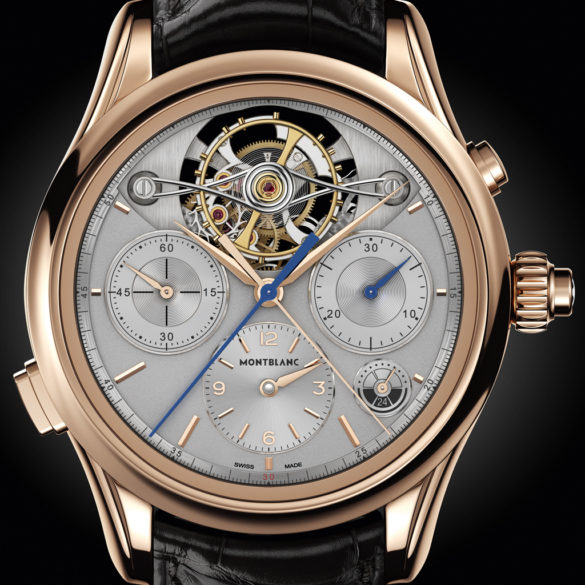 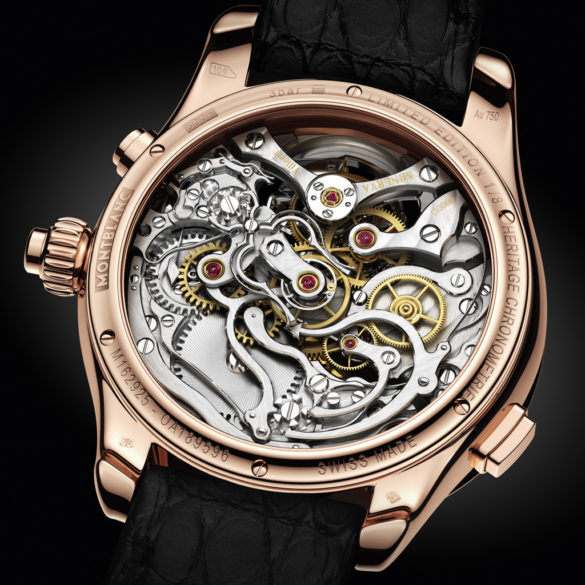 The other important feature is the ExoTourbillon. “Exo” refers to the screwed balance wheel, which is positioned outside of the tourbillon’s rotating cage. As exo is Greek for “external” or “outside”. Montblanc has patented this mechanical architecture which allows the cage to be smaller in size and free of the weight of the balance wheel. Which saves 30 per cent more energy than a conventional tourbillon. The balance is positioned outside of the rotating cage and therefor it isn’t affected by the inertia of the cage; that improves precision.

Furthermore, a conventional tourbillon typically complete one rotation per minute. The ExoTourbillon rotates once every four minutes. This slower rotational speed requires less energy from the barrel but still produces the same compensating effect.

The Montblanc Heritage Chronometrie ExoTourbillon Rattrapante is limited to eight pieces. Below you’ll see how it works.