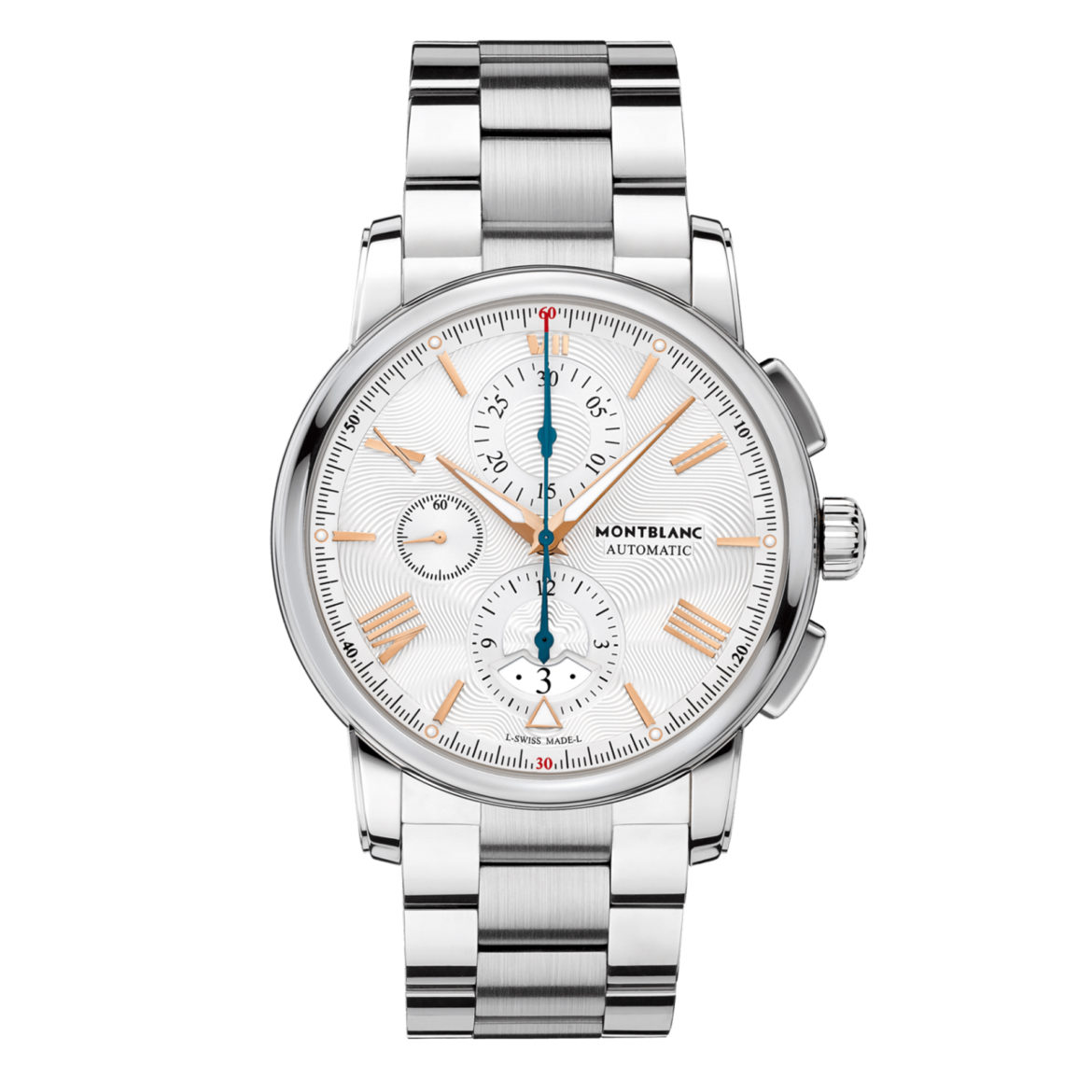 With the relaunch of the Montblanc 4810 Chronograph Automatic collection the company celebrates 110 years of pioneering spirit. Where 4810 actually refers to the height of the Mont Blanc peak at 4,810 meters.

Montblanc claims it was their “pioneering spirit” that led the company to invent one of the first chronograph calibers for wristwatches in the 1920’s. And a mechanical stop-watch that could measure time accurately to one hundredth of a second in 1936. Fast forward to 2016. Montblanc gives their classic 4810 Chronograph Automatic a small make-over. A new case size, a better movement and off you go. 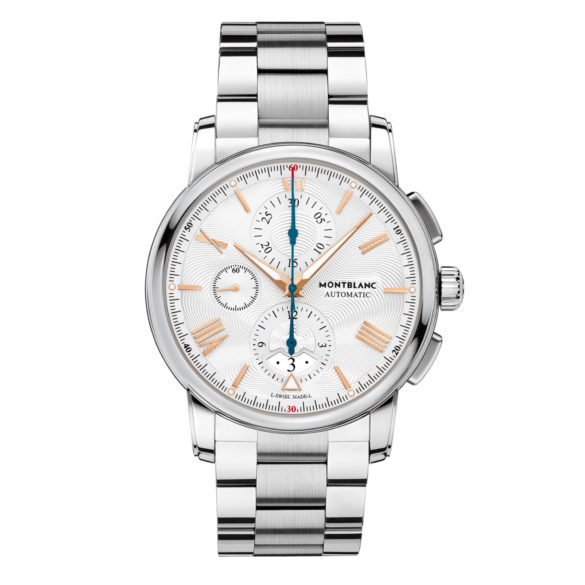 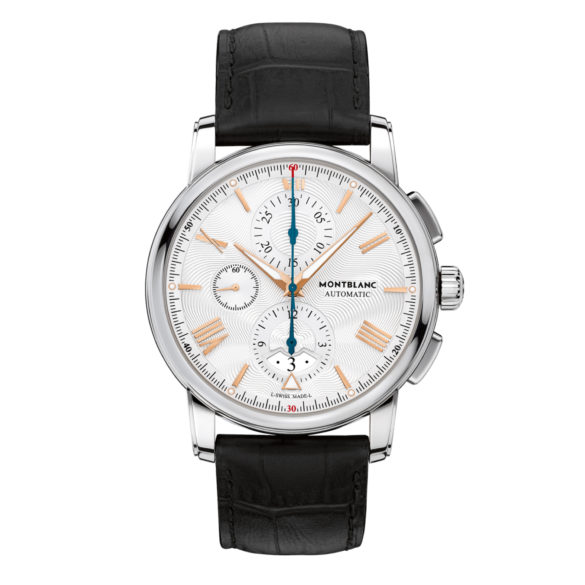 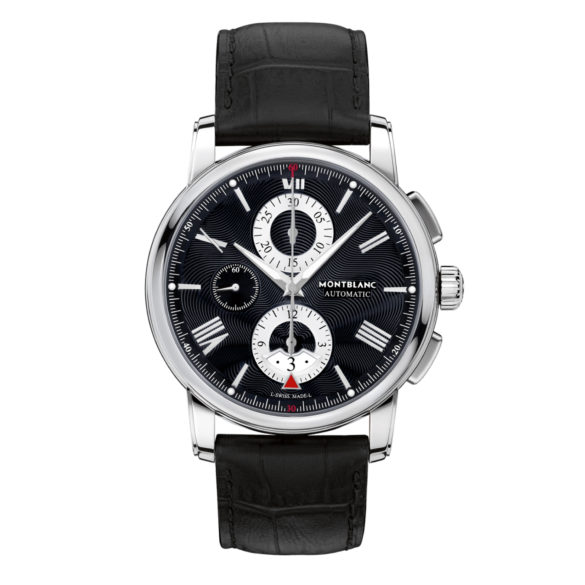 The dial of the new 4810 Chronograph Automatic has the distinctive guilloché featuring most Montblanc watches. The so called “exploding star pattern”. Available in silvered-white color or black. Though the new case size measures a subtle 43 millimeters (instead of the 44 to 47 millimeters of its predecessors) the watch did not lose any of its elegance and aesthetics. 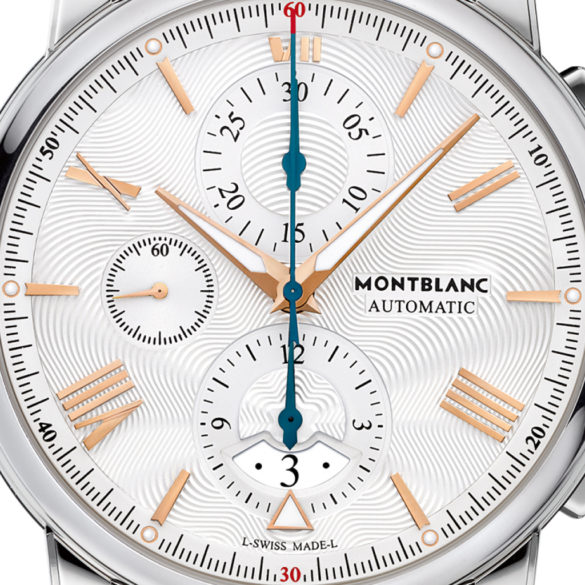 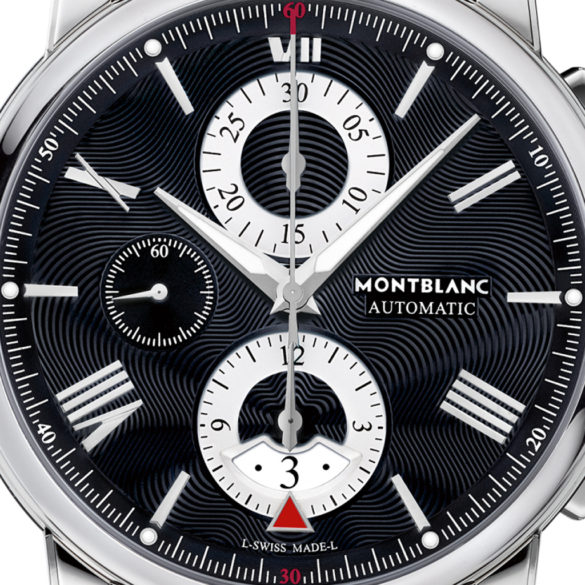 The automatic movement is Montblanc’s caliber MB 25.07 beating at 28,800 vph, with a 46-hours power-reserve. The integrated two-pusher chronograph has a 30-minute counter 12 o’clock. At 6 o’clock it shows a 12-hour counter. The date is in a sub dial at 6 o’clock with a triangle indicator.