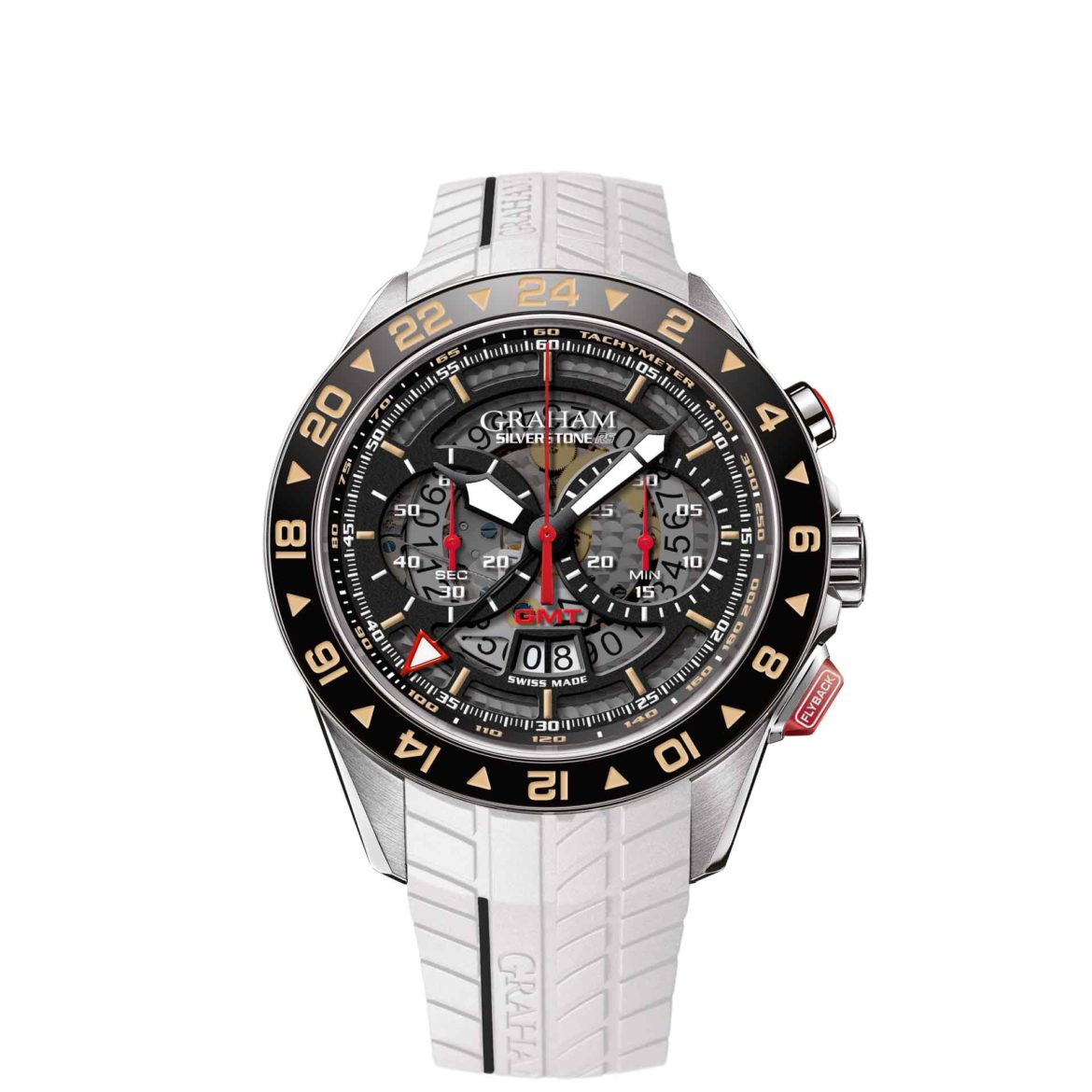 For the Swiss Gurnigel Bergrennen hill race, Graham has released two limited editions. We don’t see the connection between this hill race and the name of the watch, but it’s a very cool piece. The Graham Silverstone RS GMT. It is named after the iconic British racing circuit. But Graham is present at several motorsport events, like the Isle of Man TT, and this climb in Switzerland.

The Graham Silverstone RS GMT honors the hill race in Switzerland which runs from Dürrbach right up to Gurnigelbad. Sounds like two made up towns, but it is a 3.7-kilometer uphill course with an average gradient of 8.4 percent. Over 200 cars and 50 motorbikes compete in the race. The hill climb is the only type of race in Switzerland, since racing on circuits have been banned from 1958. But back to the watch. 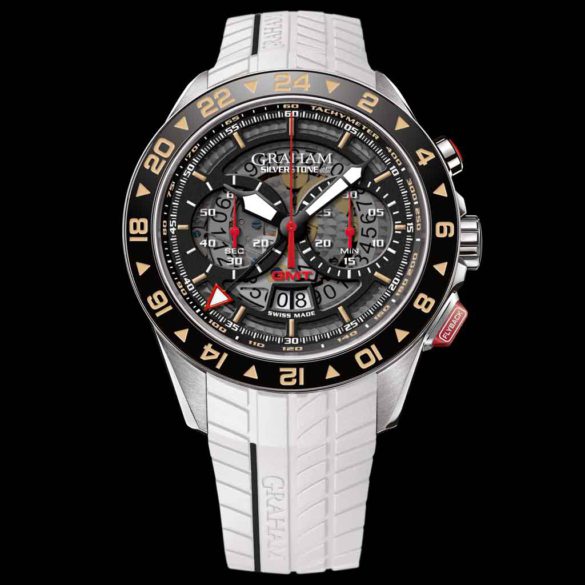 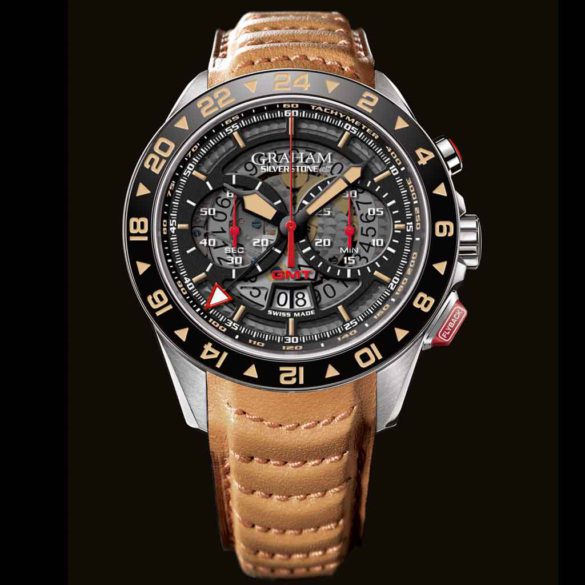 The Graham Silverstone RS GMT is quite a large watch. A 46-millimeter chronograph available on either a white rubber strap with white accents or a beige quilted leather strap with beige accents. The hour and minute hands match the strap color. Besides having a flyback chronograh it also has GMT, a tachymeter and big date at six o’clock.

All of this can be seen on a black and smoked open worked dial. Not really a skeleton dial, but close enough. Looks great, especially with the flyback chronograph.

Graham actually has a special connection to the chronograph because its origins can be traced back to a London clockmaker named George Graham (1673-1751). A man who is considered to be the father of modern watchmaking. He also had a hand in the early origins of the chronograph as he invented the start-stop device.

The two limited editions of the Graham Silverstone RS GMT are both limited to 250 pieces.