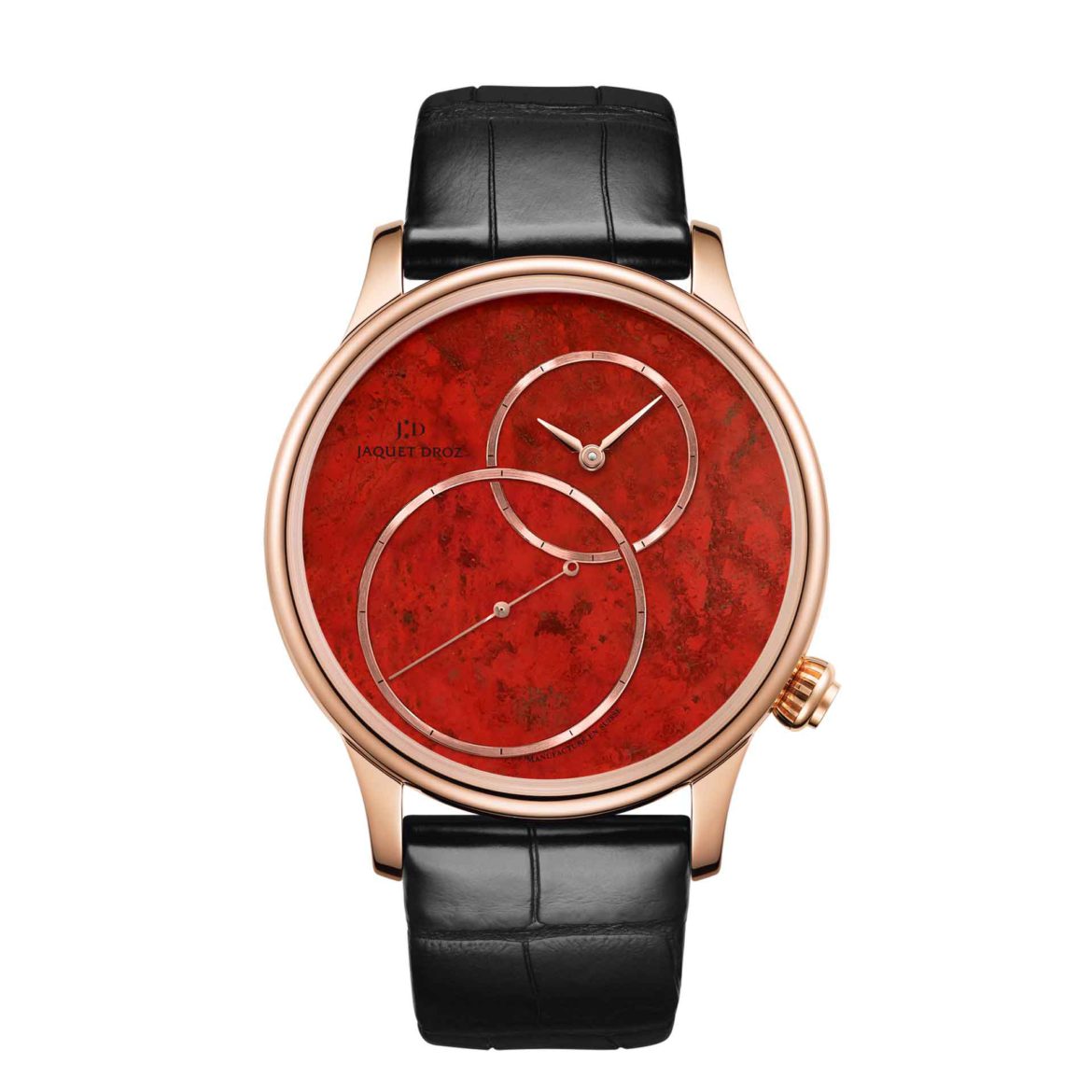 JD offers this Jaquet Droz Grande Seconde Off-Centered Cuprite for the 7th Only Watch auction in Geneva. We already featured some watches for the 2017 auction, but for newcomers a short explenation.

Several watch brands create a special and unique edition of one of their watches and have them auctioned. This to support the research of the Duchenne form of muscular dystrophy and to fund treatment, particularly for children. More about Only Watch 2017 can be found here. This very special Jaquet Droz Grande Seconde Off-Centered Cuprite will also be auctioned.

The Cuprite that is used on the dial is a copper-oxide based mineral that was discovered in the 19th century. It is known for its characteristic red color, but also for its fragile nature. So, each cuprite dial would be unique because of each inclusion, vein and detail of the fine mineral. 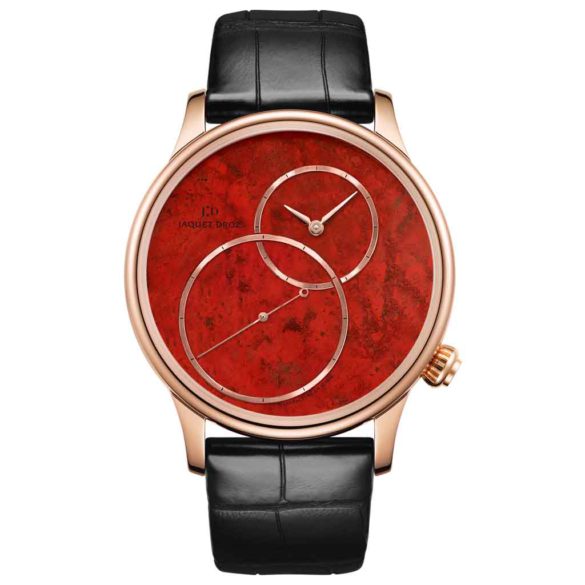 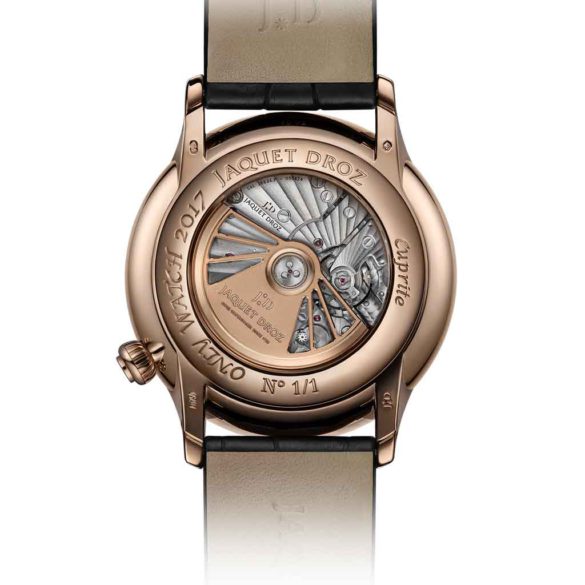 The Jaquet Droz piece is worth a second look not only because of the Cuprite dial, but also for the off-centered hours and minutes and larger off-centered seconds sub-dial.

The two counters traditionally aligned on the 12 o’clock / 6 o’clock axis are made off-center, adding an original twist to the dial. The thinness of the circled gold flanges match that of the hands and the seconds hand. The crown is shifted to the 4 o’clock position for another subtle aesthetic detail.