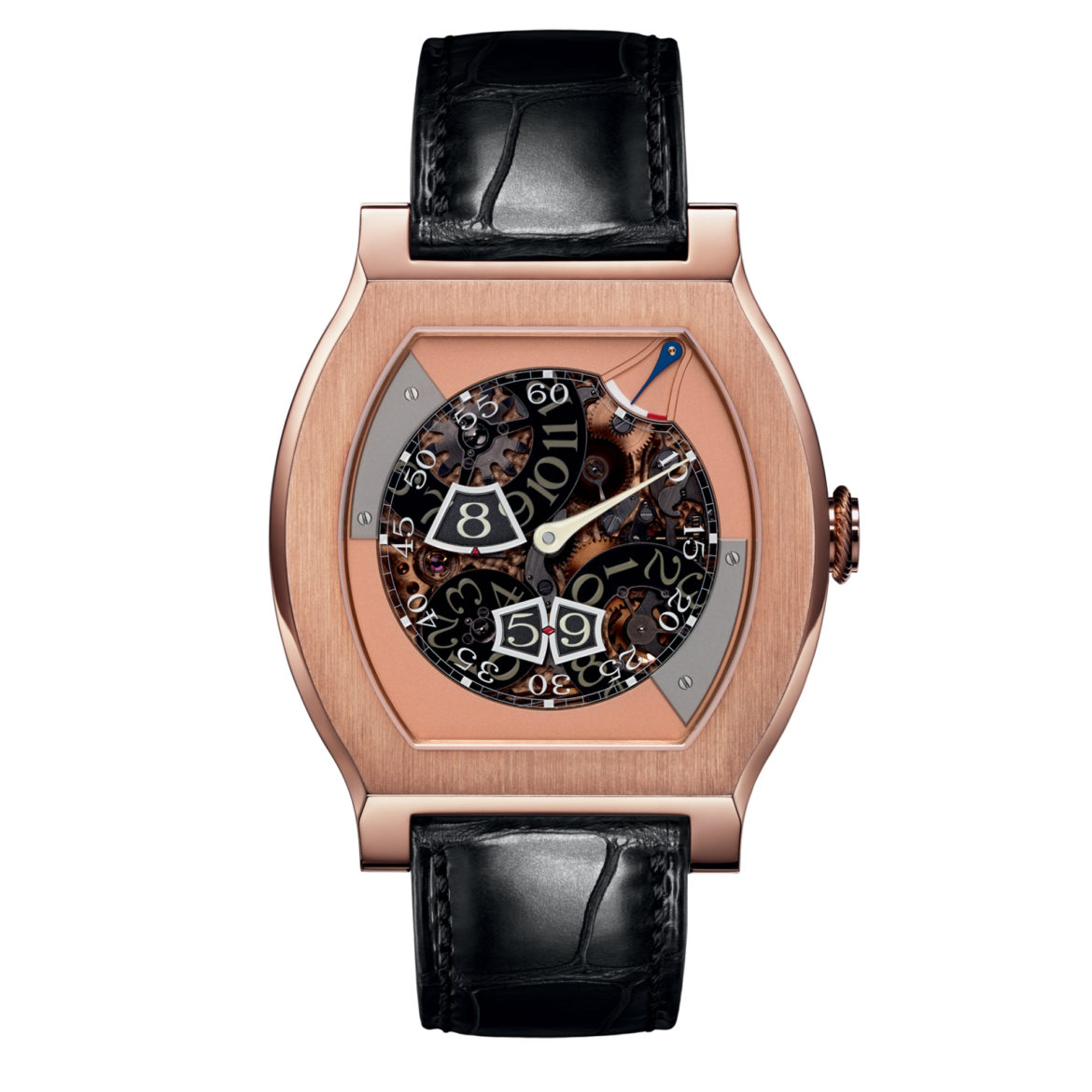 The F.P. Journe Vagabondage III is the first mechanical wrist watch with jumping seconds. Besides the jumping seconds it also has jumping hours and the three disks for that can be seen through the open-worked dial.

It is not that the idea of jumping seconds is a new, special invention, but applying such has one big disadvantage: it uses a lot of energy. Normally, energy from the mainspring gradually decreases as a watch runs down, which has a negative effect on the accuracy. To prevent this, F.P. Journe uses a constant force mechanism to the escapement, known as remontoir d’egalité. With this there is a constant energy supply which keeps the accuracy at a maximum level. Together with a single barrel that encloses two springs instead of one the power-reserve is 40 hours. 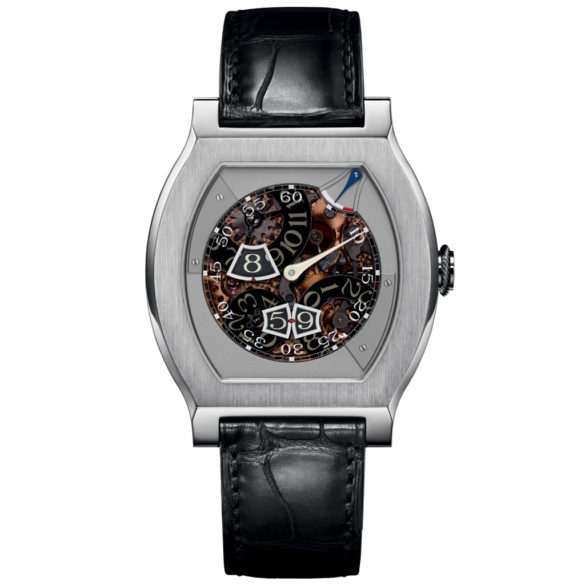 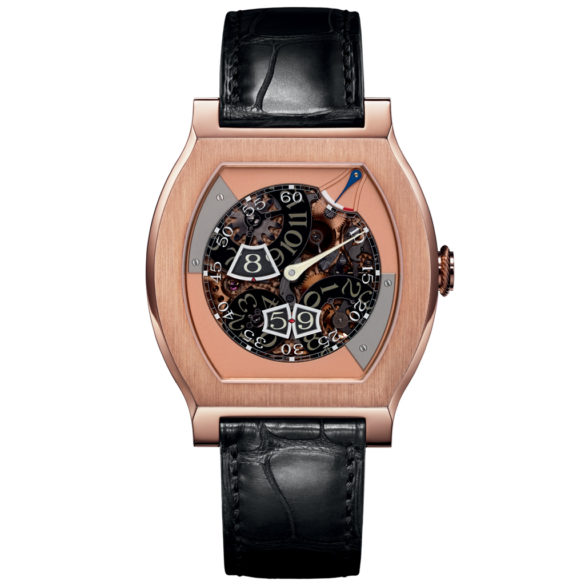 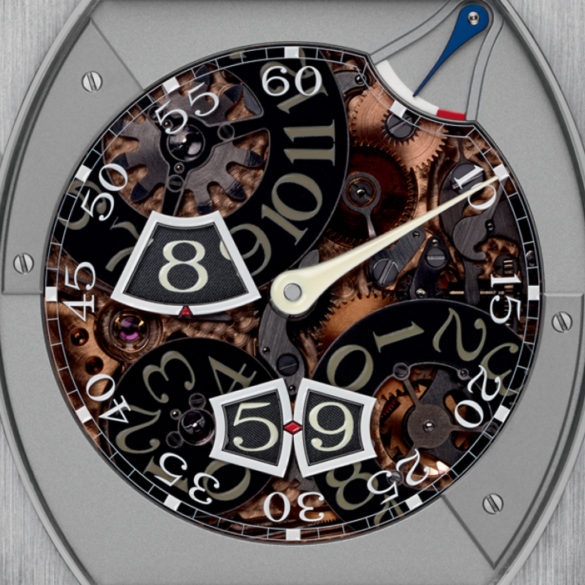 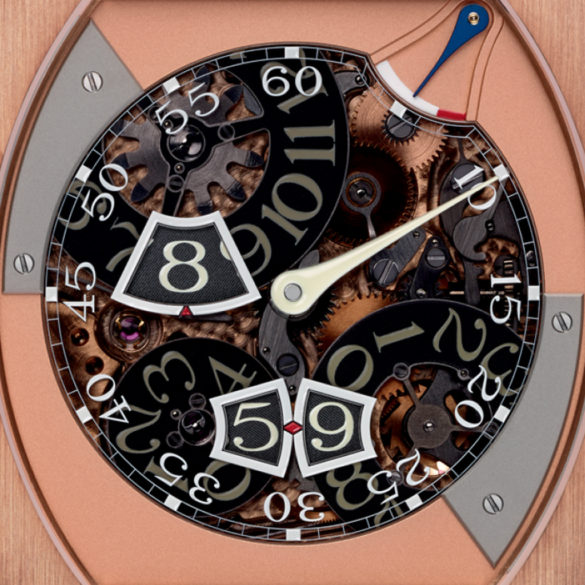 This F.P. Journe Vagabondage III is the third model in the Vagabond collection, and the final as well. The first from 2006 had wandering hours shown on a digital display. The second from 2010 had jumping hours and minutes (and a regular small seconds sub-dial). This new model only has one hand indicating the minutes. And there is a power-reserve indicator at the 1 o’clock position.

There are two limited versions of the F.P. Journe Vagabondage III: 68 pieces in red gold and 69 in platinum. 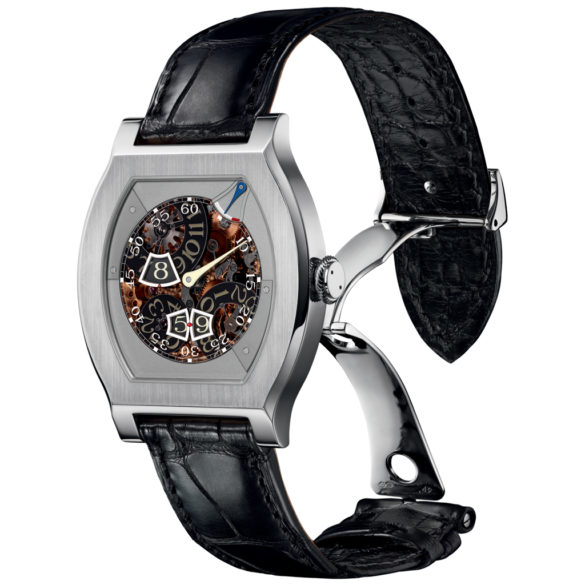 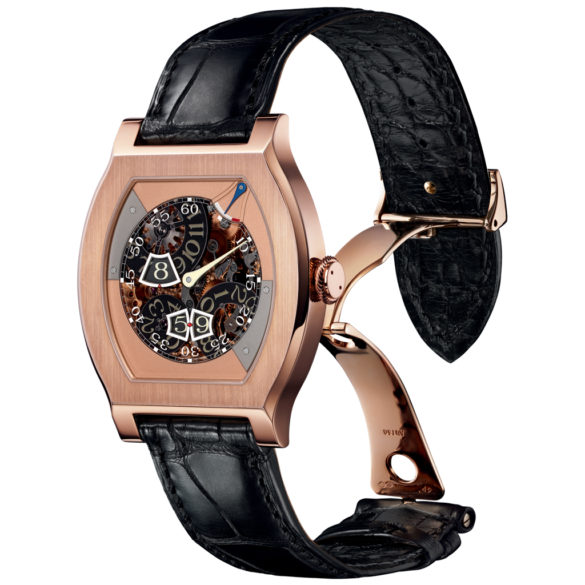 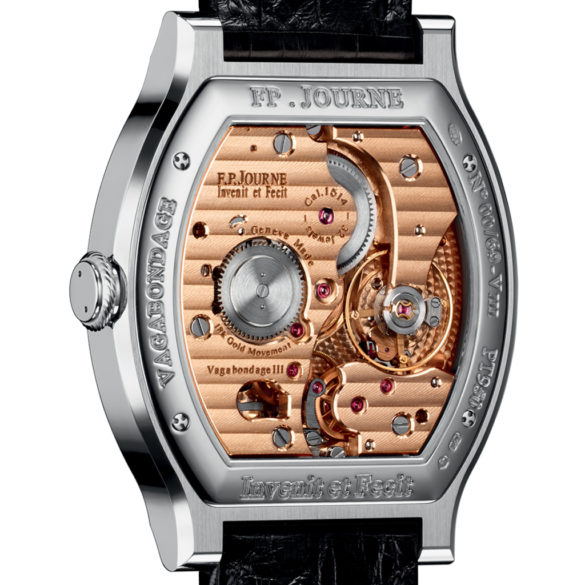 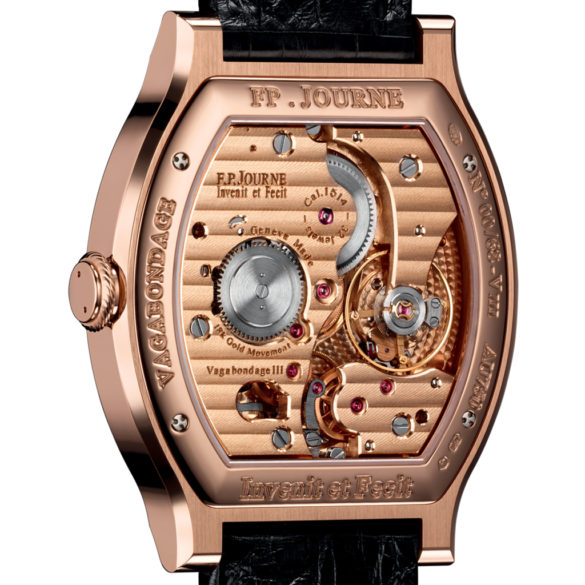