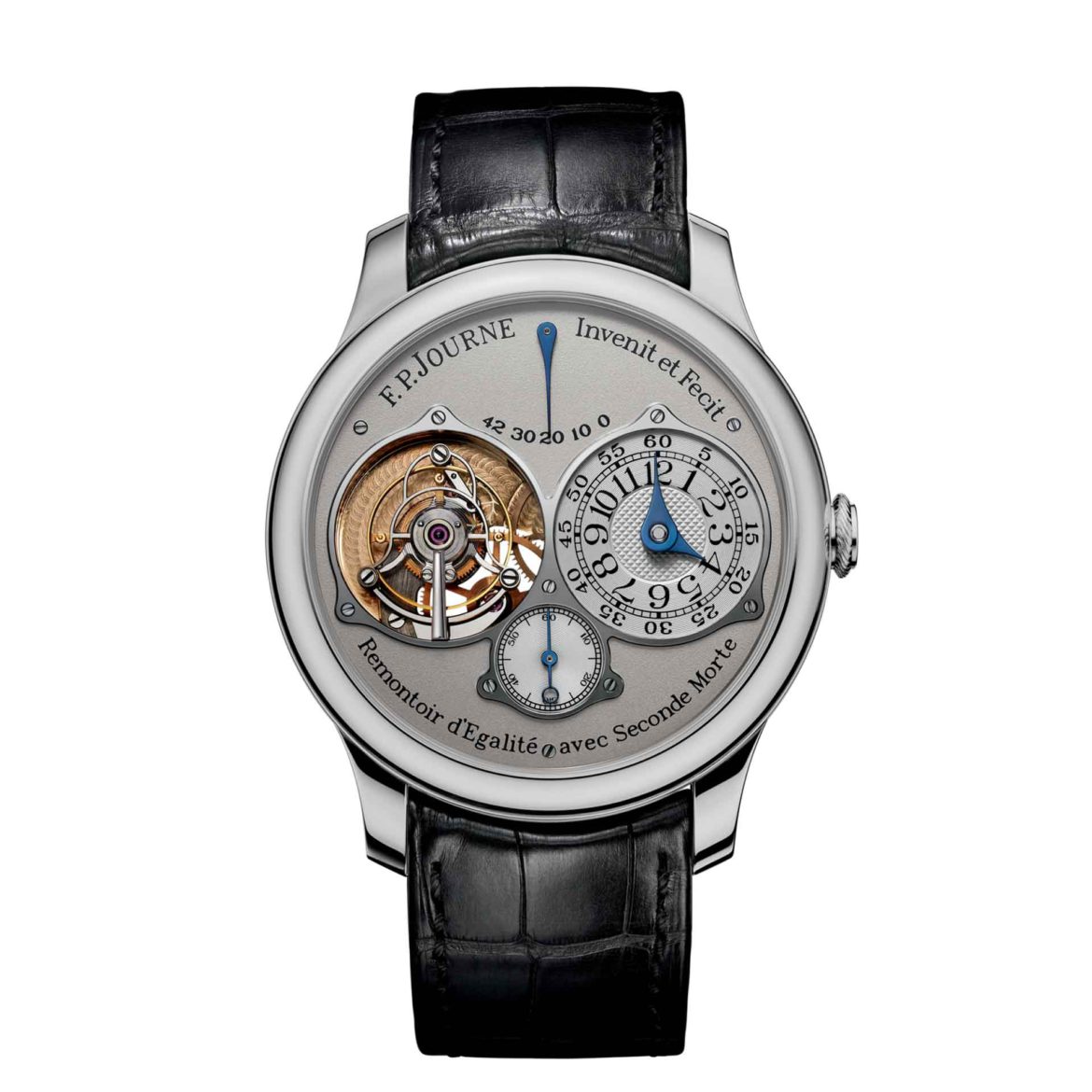 François-Paul Journe is perhaps not the most well known of watchmakers, but in collectors circles he is known or perhaps even infamous for his tourbillons. No wonder this F.P. Journe Tourbillon Souverain Calibre 1403 has a tourbillon as well.

In 1999 François-Paul Journe launched a new brand F.P. Journe – Invenit et Fecit with the introduction of the Tourbillon Souverain. One with a unique performance and one that is still the most accurate on the market today.

For this new F.P. Journe Tourbillon Souverain Calibre 1403 a dead beat seconds (seconde morte) has been added. In normal terms this means that the seconds hand does not move until the second has entirely passed. So no sweeping motion as you normally see on a mechanical watch. 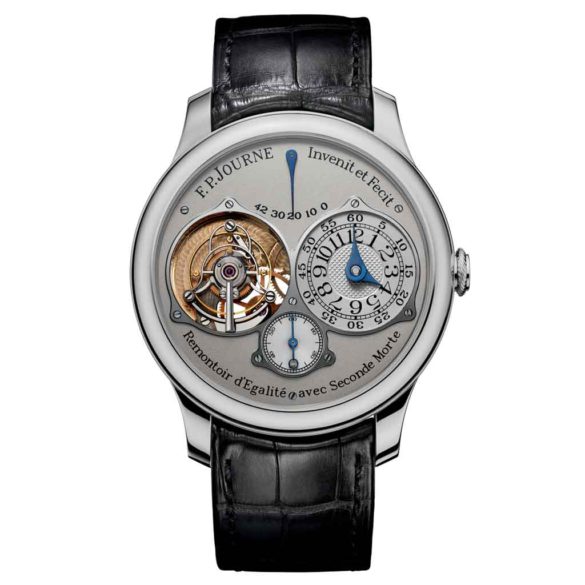 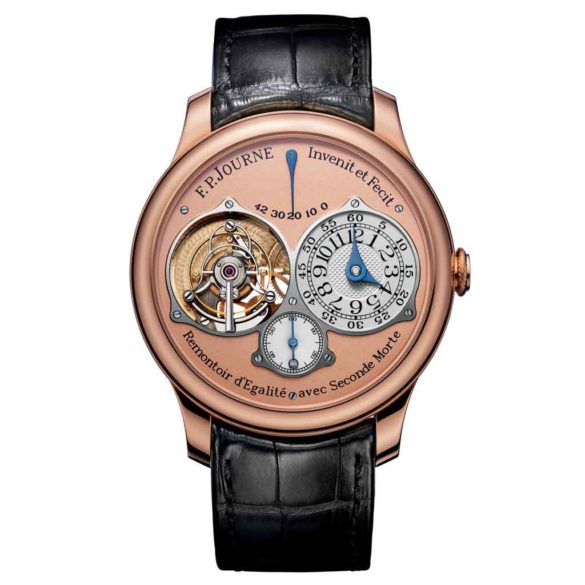 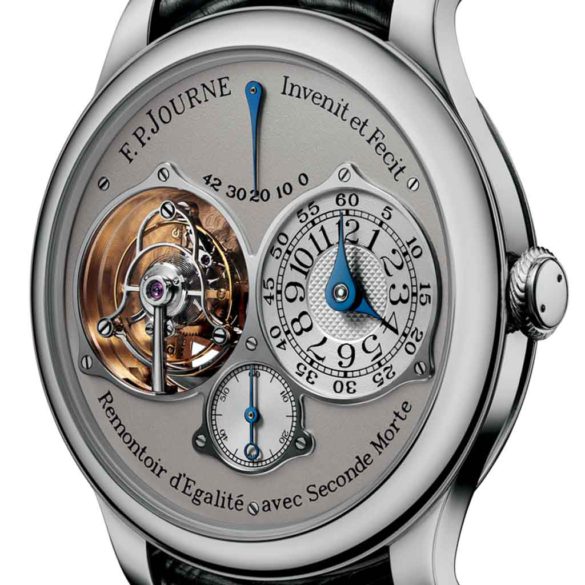 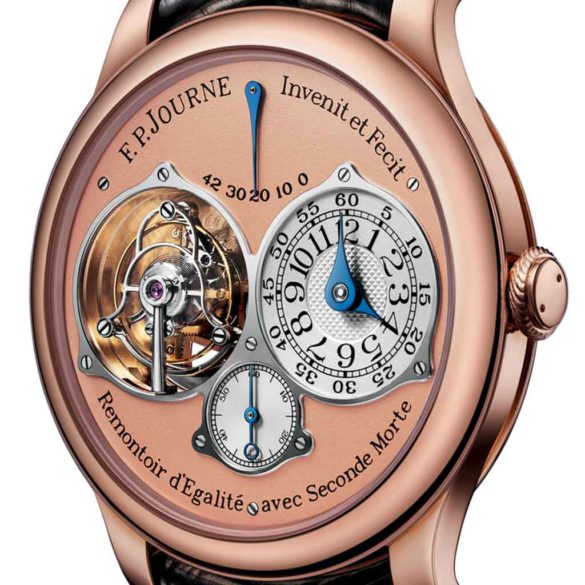 In addition, we also get a constant force device – or remontoire d’egalité – of which F.P. Journe has long been a big fan because of its timekeeping performance. For us laymen, a remontoire is a constant force device, one which can be compared to a dam. A dam that controls the flow of water and provides constant energy to a turbine. In effect, the remontoire regulates the power to the escapement to attain greater stability.

This extremely complex movement is made of 18-carat pink gold and is housed in either a pink gold or platinum case. On the 18-carat pink or white gold dial we find hours, minutes, seconds, a 42 hour power-reserve indicator at 12 o’clock and a tourbillon window at 9 o’clock as a spectacular finish.

The F.P. Journe Tourbillon Souverain Caliber 1403 comes on a stylish black leather strap. Watch the video below the specs to see it work. 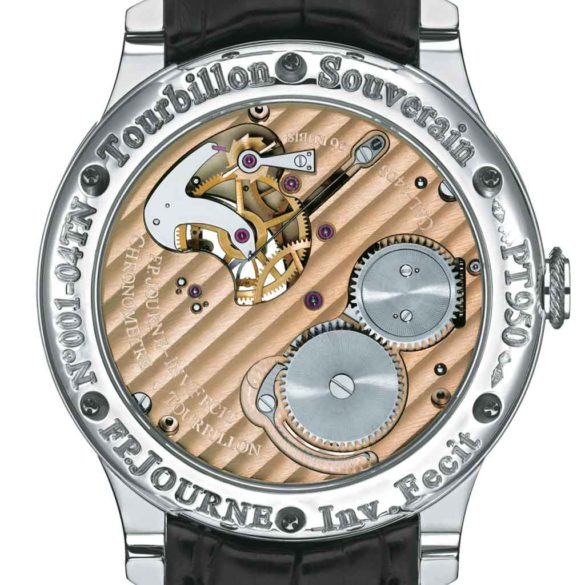 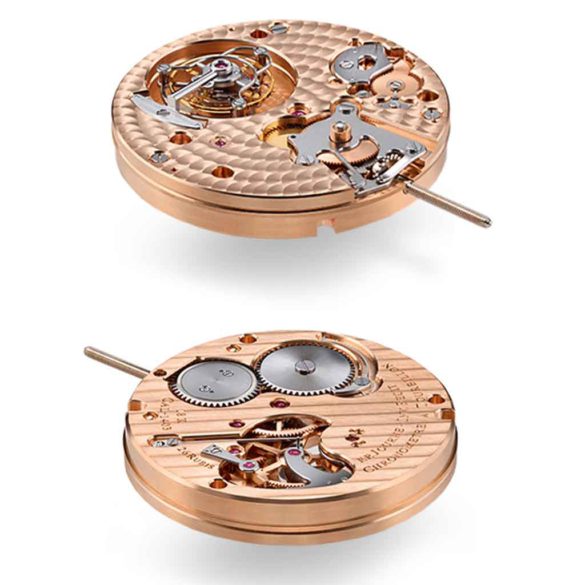