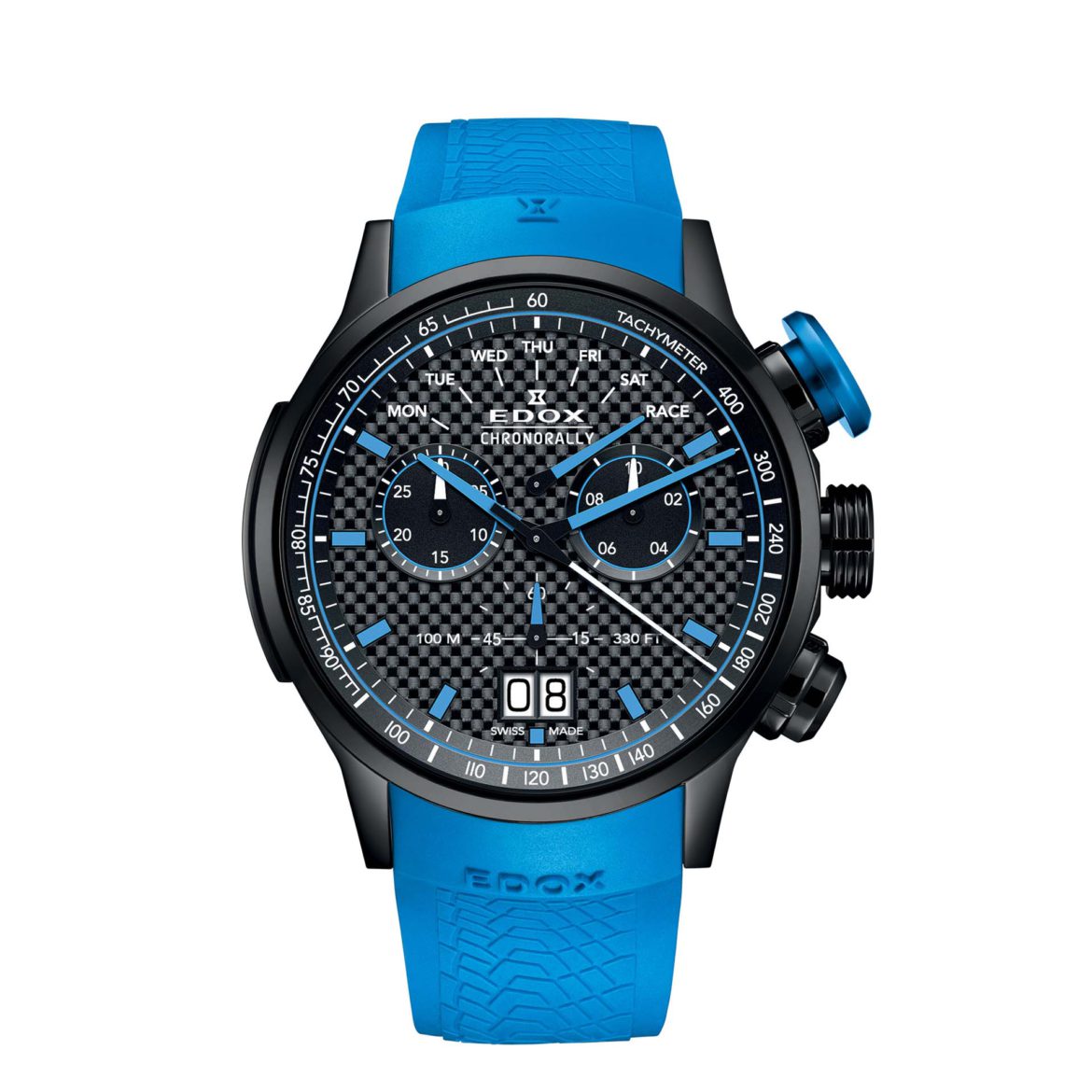 As premium partner of the Sauber Formula One Team, Edox launches a new limited edition with a rather unusual blue color. The blue of this Edox Chronorally Limited Edition Sauber F1 Team does not reflect the blue of Sauber, which is a clear dark blue, so why this color was chosen, nobody knowns.

Sauber is a Swiss race team founded by Peter Sauber in 1970, entering the Formula One in 1993. The legendary Michael Schumacher raced for them but the last few years they are not very successful in the Formula One. As Mercedes is dominating the sport, at least until this season. The Sauber 2017 team has the Swedish Marcus Ericsson and the German Pascal Wehrlein as drivers and uses engines from Ferrari. Not the ones competing with Mercedes these days, but a slower version. Back to the time piece. 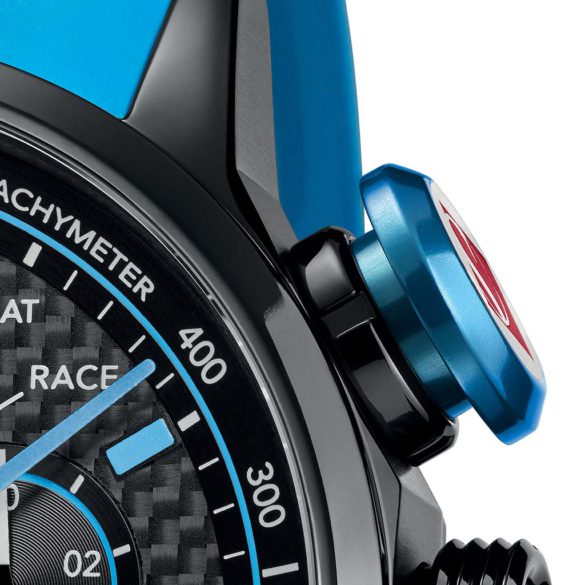 The Edox Chronorally Limited Edition Sauber F1 Team is exactly the same as the 2016 Edox Chronorally Sauber F1 Limited Edition model (reference 38001-TIN1-NBUJ). Which, to our opinion, looks much better. The same size (48 millimeters), a titanium case, carbon dial, retrograde day indication and big date. However, that model has the right blue color and looks like a proper motorsports watch. While this new one looks more plastic with the turquoise-like blue hands, indexes and strap. Besides that, both models have the same price, and both are limited to 555 pieces. And don’t worry, if you like the model but you want an all-black dial? Try reference 38001-TIN-NIN. Or reference 38001-TIN-AIN if you like a white dial.

Edox calls the movement in this model the Edox caliber 38. Which is a Ronda 8040.N, a high-end quartz. The Edox Chronorally Limited Edition Sauber F1 Team is available from July 2017. We would look out for one of the old ones or wait for some new inspiration by Edox. 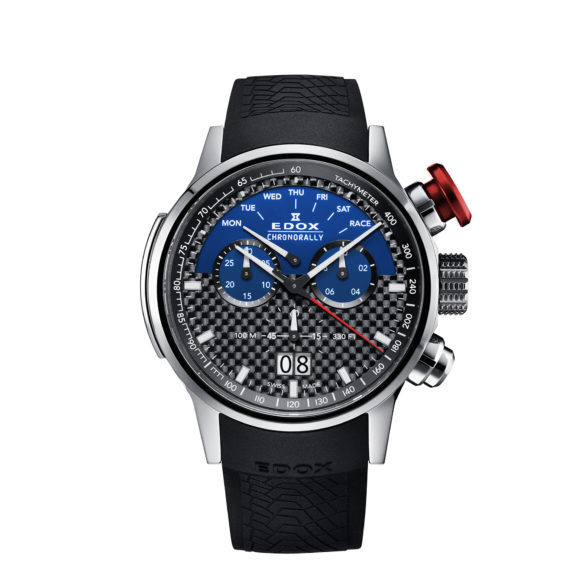 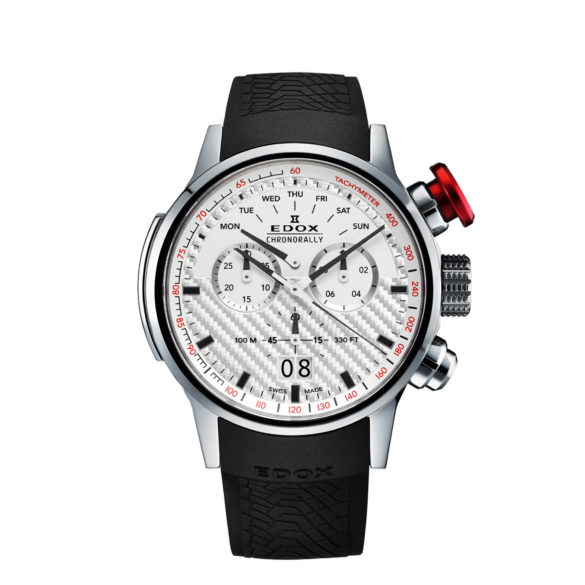