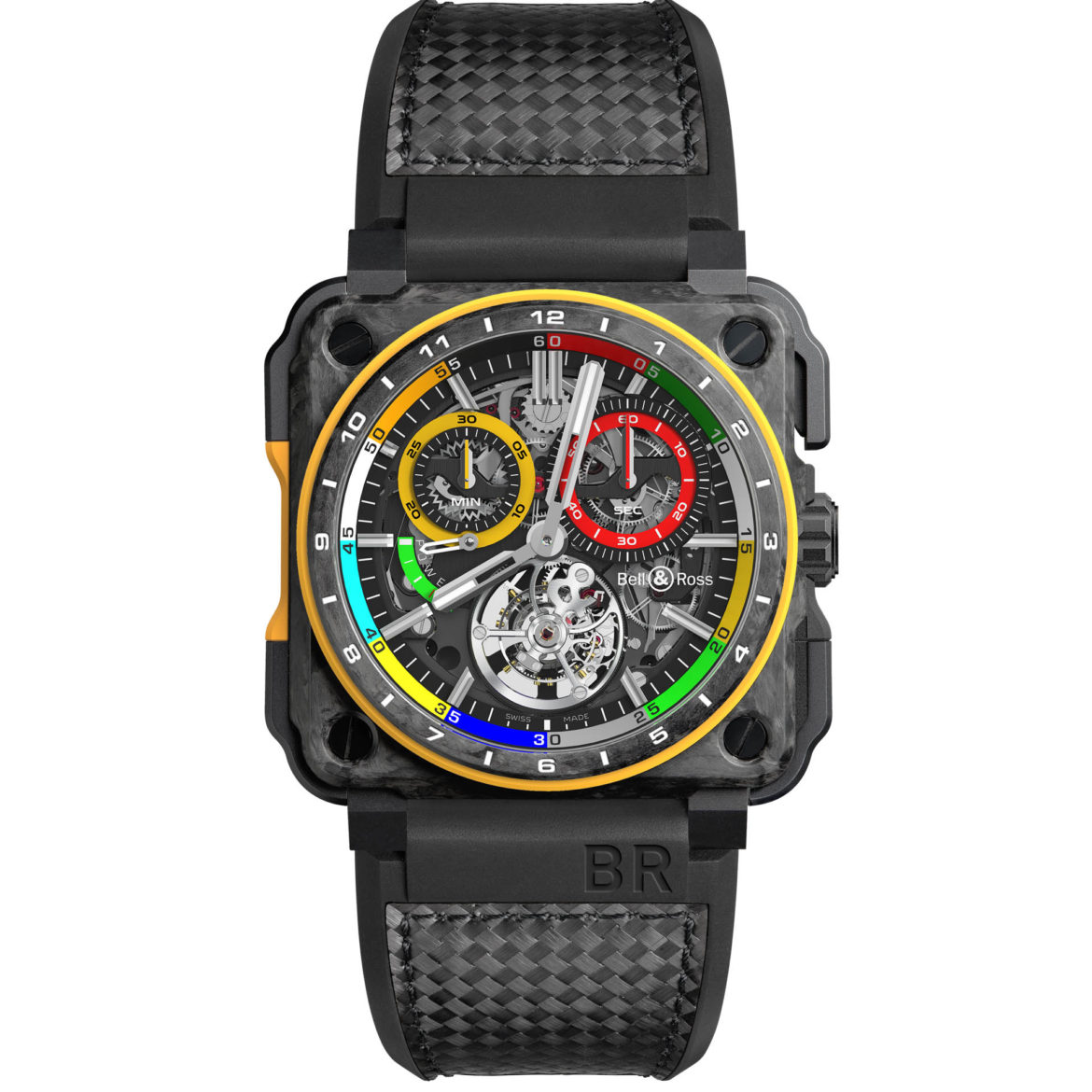 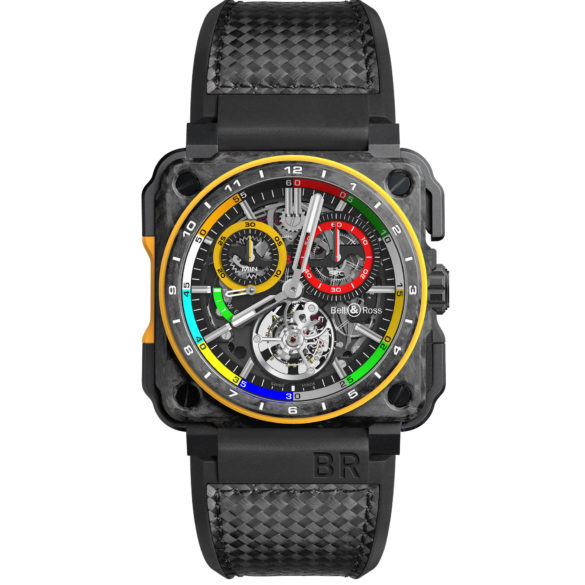 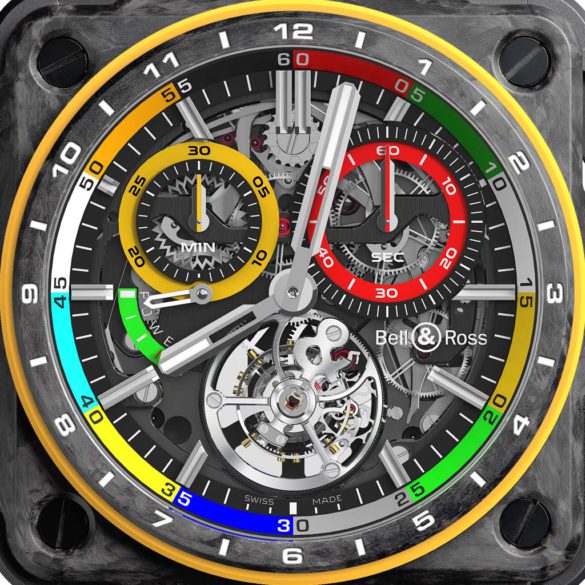 It has a very colorful 45-millimeter case, an open-worked dial and the whole design is inspired by the steering wheel of Renault Formula 1 car. Which is, unlike the one in normal cars, rather complicated. Loaded with buttons and switches, a big display, led lights and paddles it looks more like a special PlayStation controller than a steering wheel. The Bell & Ross BR-X1 Tourbillon RS17 has the same colorful and rectangular design. Combined with the bright yellow Renault F1 colors. 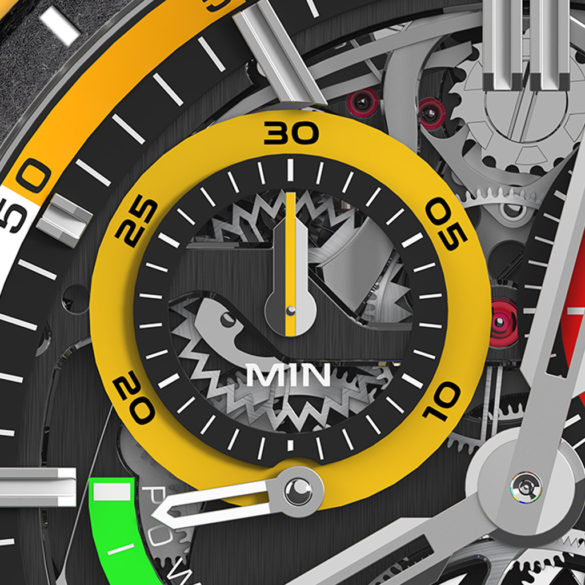 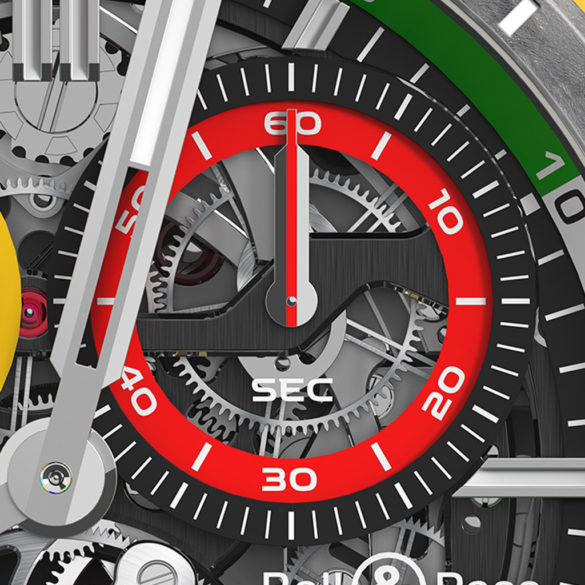 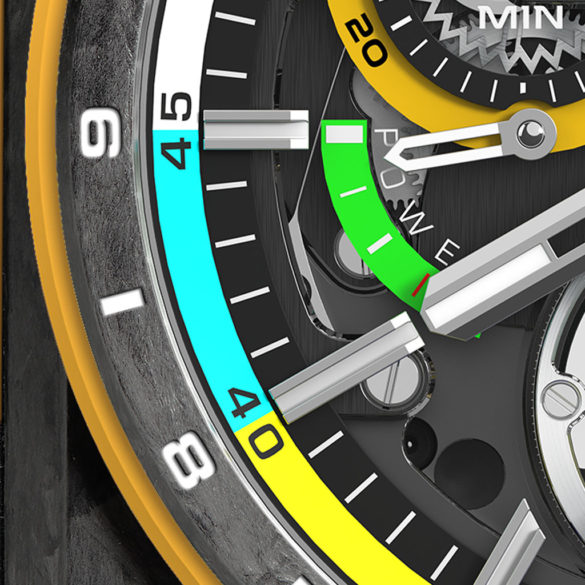 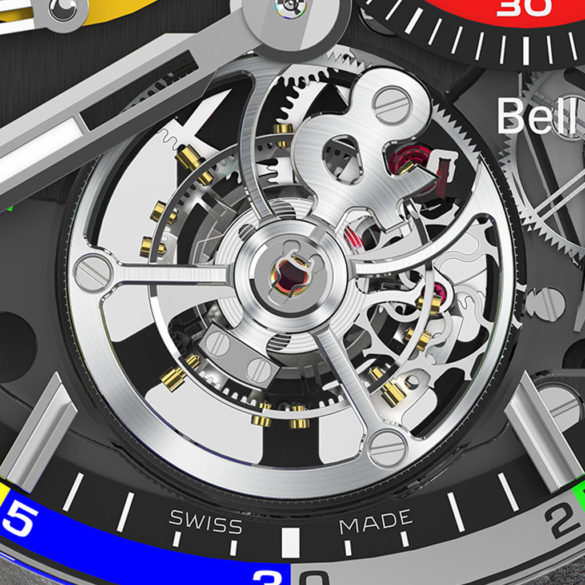 Every case is unique. Bell & Ross uses Carbone Forgé – forged carbon – which is made from a process of pressing string-like pieces of carbon fiber to one solid block. The extreme pressure and heat inside the mold creates a unique and irregular surface that is non-porous and water-resistant. It results in a marbled case with matt finish that reduces reflection and makes it feel soft.

The Bell & Ross BR-X1 Tourbillon RS17 has a mono-pusher column-wheel chronograph. This can be activated by a paddle-style mono-pusher at the right of the case. There is no central seconds hand, just a 30-minute counter at the 10 o’clock position. And a 60-seconds counter at 2 o’clock. At 6 o’clock is the beautifully finished flying tourbillon. The movement provides a power-reserve of four days. The Bell & Ross BR-X1 Tourbillon RS17 is limited to 20 pieces.

The steering wheel of the 2017 Renault Formula One car