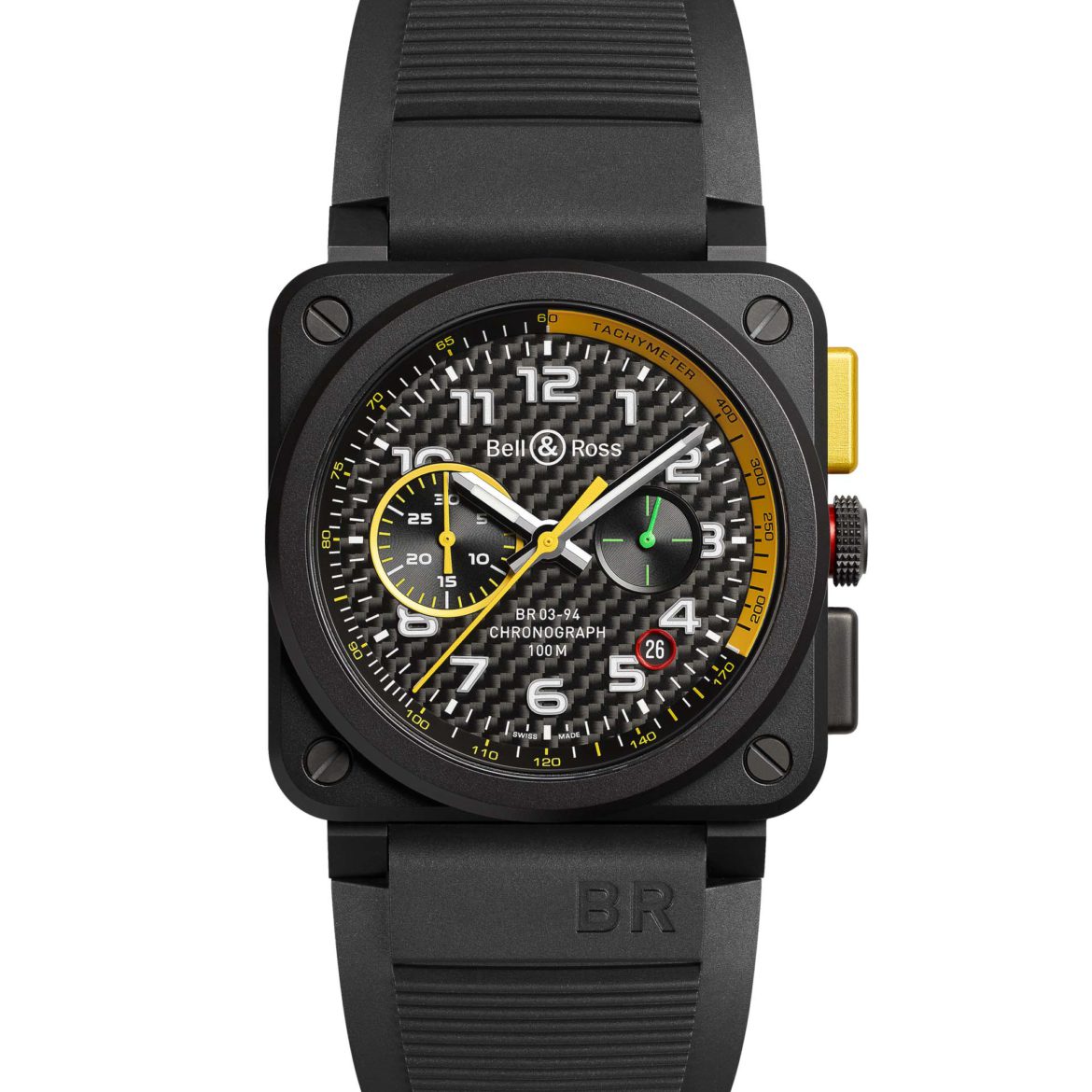 Where the other two models feature a forged carbon case, this Bell & Ross BR 03-94 RS17 has a matt black ceramic case. Its Formula One genes – as B&R has a partnership with the Renault Sport Formula One Team – is in the carbon fiber dial. And the whole design, which is inspired by the steering wheel of the 2017 Renault F1 car. 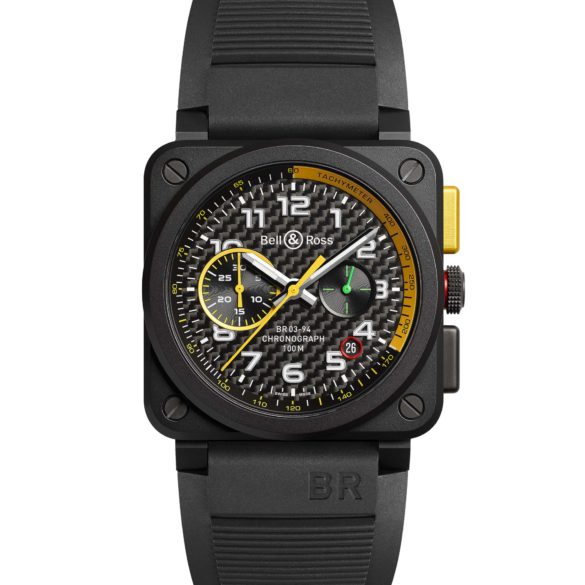 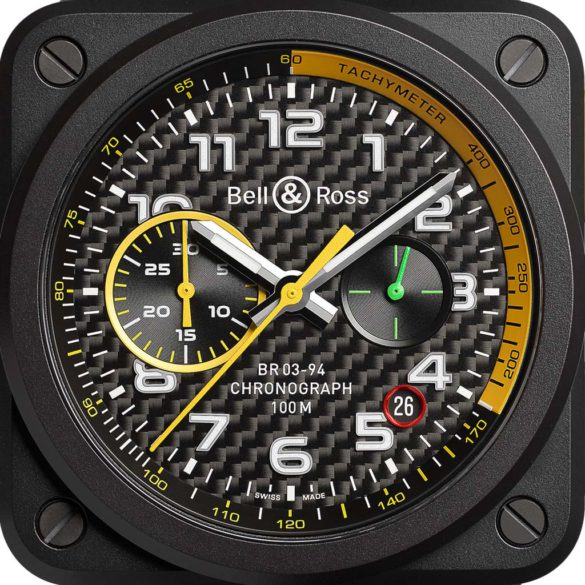 For that reason, is has the same black appearance with multiple colors reflecting all the tech bits on the F1 steering wheel. The yellow colors of Renault Sport are shown by the central chronograph hand, the 30-minute subdial and the tachymeter scale.