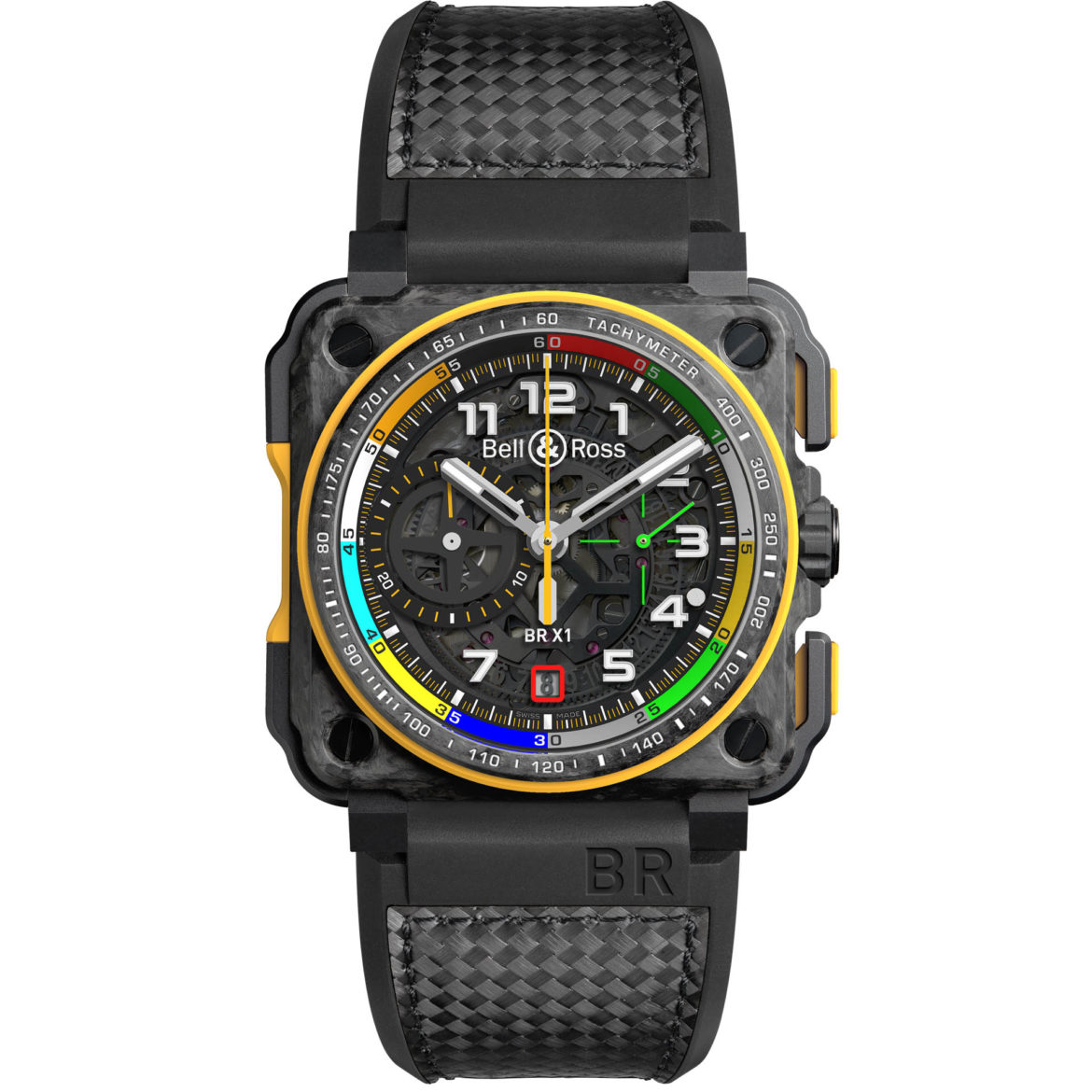 This new Bell & Ross BR-X1 RS17 breaths Formula One. It is one of three models introduced by Bell & Ross to celebrate their partnership with the Renault Sport Formula One Team. And, as you can see on the photo just above the specs, it is inspired by the steering wheel of Renault’s F1 car.

Just like the Bell & Ross BR-X1 Tourbillon RS17 the 45-millimeter case is from forged carbon. Heat and pressure in a mold forms a solid block of carbon fiber giving the case a unique pattern. 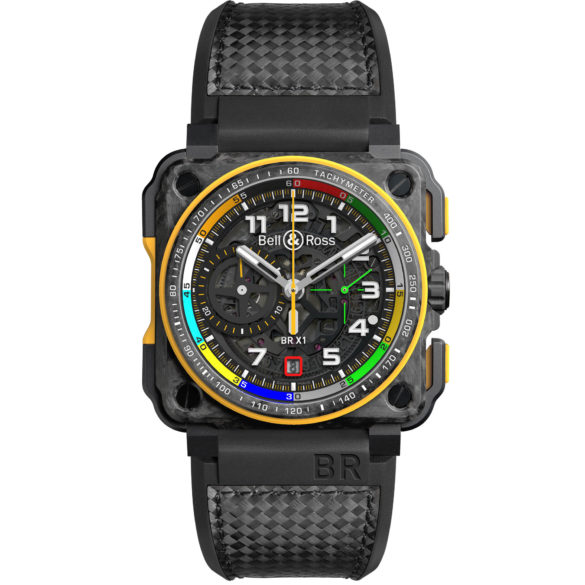 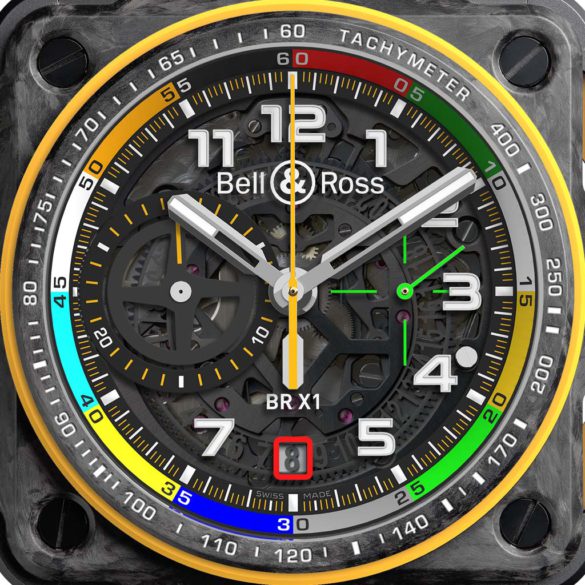 The Bell & Ross BR-X1 RS17 houses the ETA based BR.CAL.313 movement with a power-reserve of 42 hours. An automatic workhorse with date and chronograph. According to Bell & Ross the watch is an extreme variation of their BR 03 model, here with an open-worked dial. The grey-tinted sapphire crystal dial shows the skeleton mechanism of the chronograph.

The strap also contains carbon fiber, with rubber, to underline its racy genes. The Bell & Ross BR-X1 RS17 is limited to 250 pieces and surely has a more friendly price than its tourbillon brother. The video below the specs gives you an impression of the Fomula One connection between Bell & Ross and Renault.