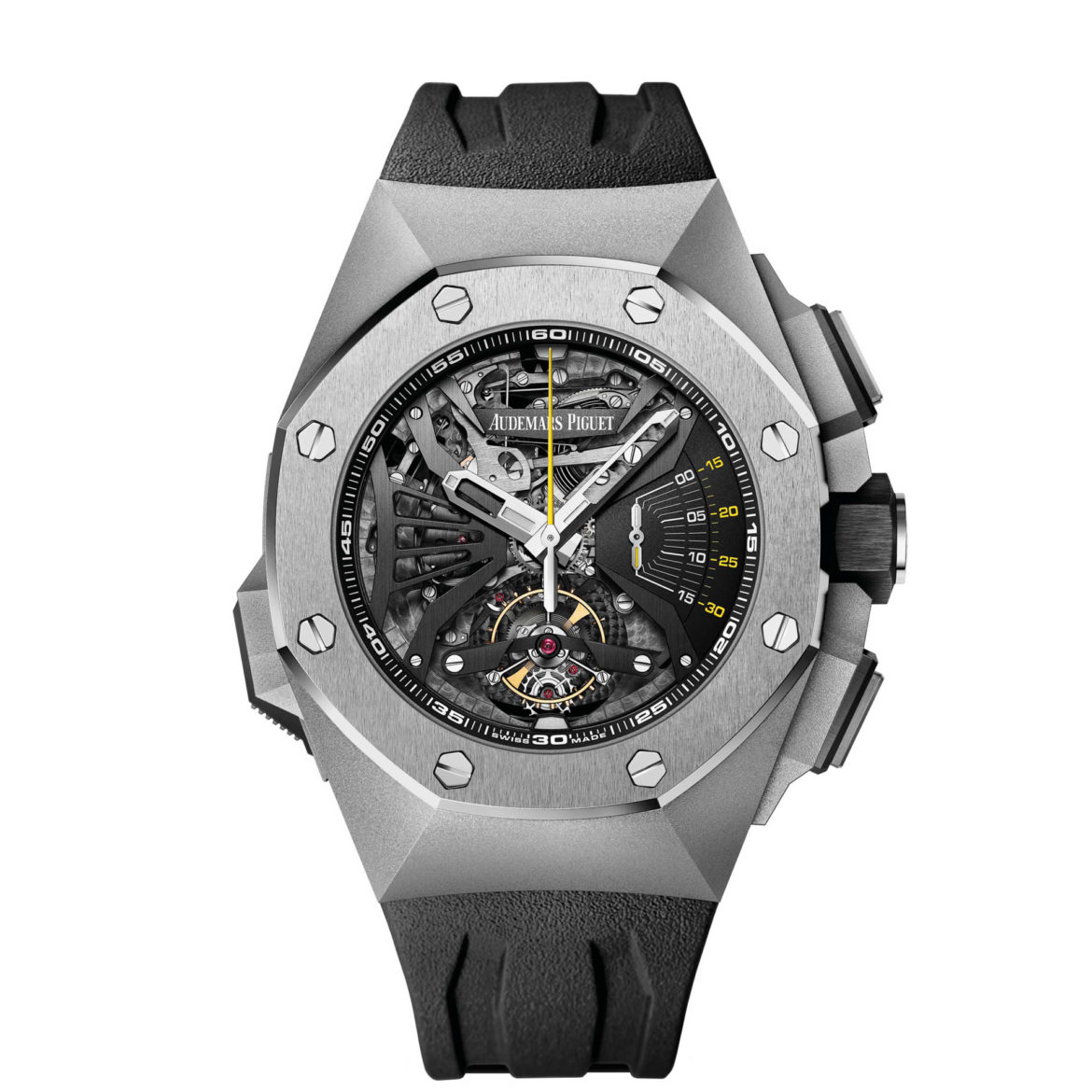 Audemars Piguet has a history of over a hundred years of repeater manufacturing and this Audemars Piguet Royal Oak Concept Supersonnerie is their latest repeater milestone. AP has spent eight years working on their, as they say, most advanced minute repeater ever.

In November 2014 Audemars Piguet launches a press release telling the world they are working on minute repeater. It is called the Royal Oak Concept Acoustic Research RD1. And in January 2015 AP showes the RD1 at the Salon International de la Haute Horlogerie Genève (SIHH). But they had to wait for some patents to be granted before the official launch of the new minute repeater could take place. Here it is. 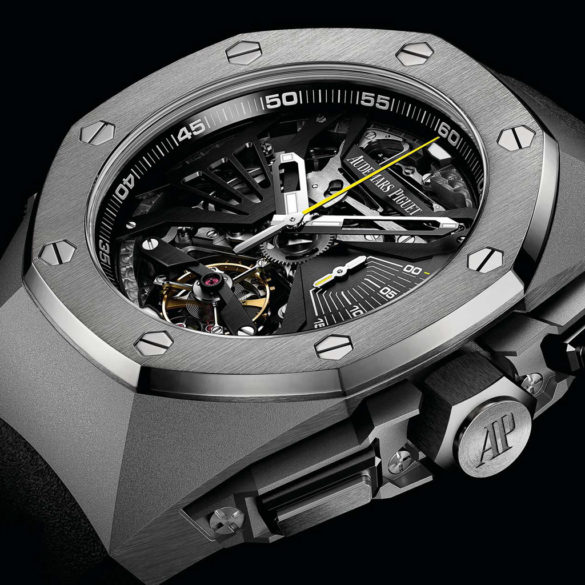 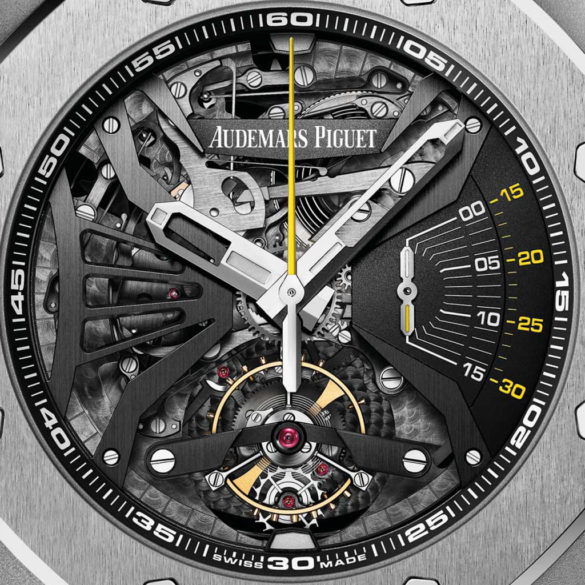 Everybody recognizes it’s a Audemars Piguet due to its eight-sided bezel. However, it is all about the complexity inside. Although AP makes minute repeaters since the late 1800s (the company was founded in 1875) eight years of research were necessary to come up with this new model.

As you probably know, a minute repeater strikes the time whenever you want to hear the time, by pushing a dedicated button. When you do so a mechanism starts working to strike the hours, the quarters and the minutes that have passed after the quarters. All in different tones. So 13:38 gives 13 hour strikes, 2 quarter strikes and 8 minute strikes. Nowadays there are two challenges for watchmakers creating minute repeaters. One is the noise of the mechanism that controls the tempo of the chime. The other one is  the sound itself. That should be pleasant to hear and loud enough to enjoy.

Audemars Piguet solves the first challenge by using a (patented) new design for the anchor governor. Normally the anchor governor or regulator controls the tempo of the chime making a buzzing noise. Other watchmakers developed centrifugal or air resistance governors to eliminate the noise. AP wanted to use the traditional solution, but without the noise. They designed a special shape for the anchor that absorbs the noise. This makes the mechanism almost totally silent.

The second challenge was solved by combining two things. A specific production process for the gongs and the way the gongs are attached to their foot. Normally the foot with gongs is attached to the main plate. A solution that leads to a loss of acoustic properties. Audemars Piguet attaches the gongs to a copper alloy resonance membrane which is sandwiched between the plate and the case back. This construction, with these materials and with apertures in the case back, enables a brighter, more natural sound. And it creates the possibility to make the watch water-resistant (up to 20 meters), which is not common with minute repeaters.

The result is a watch that belongs to the top of technical and mechanical achievements where brands like Patek Philippe, Cartier and Vacheron Constantin offer similar time pieces. At similar prices of around half a million. Although Chopard recently developed a relatively more affordable minute repeater at half that price.

Buying a unique minute repeater watch is not only a matter of how the watch looks, but also a matter of how it sounds. So, you might want to hear the Audemars Piguet Royal Oak Concept Supersonnerie in the video below the specs… 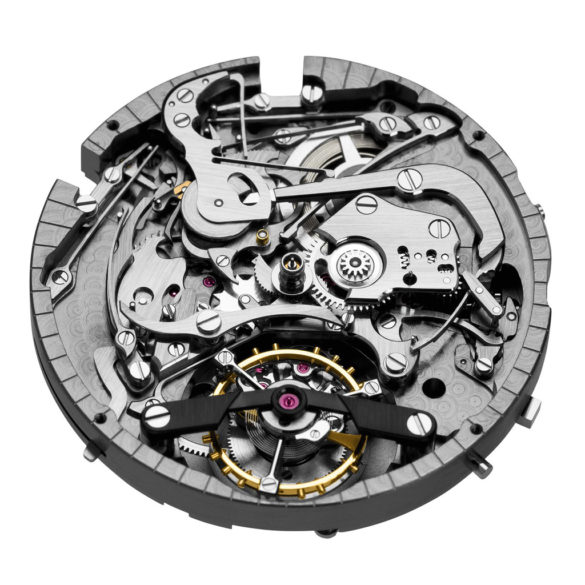 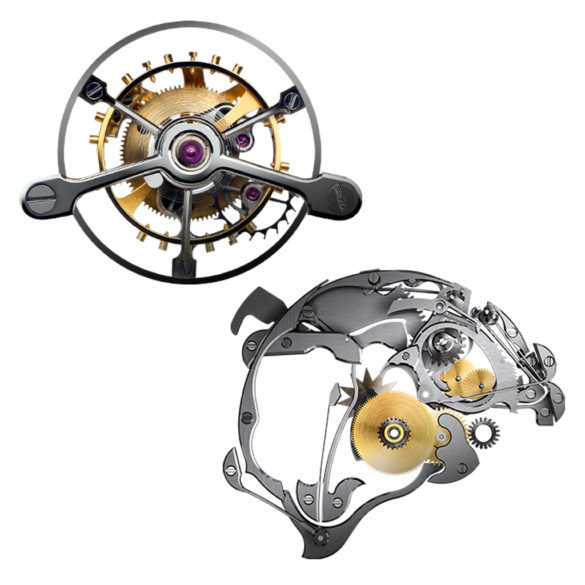 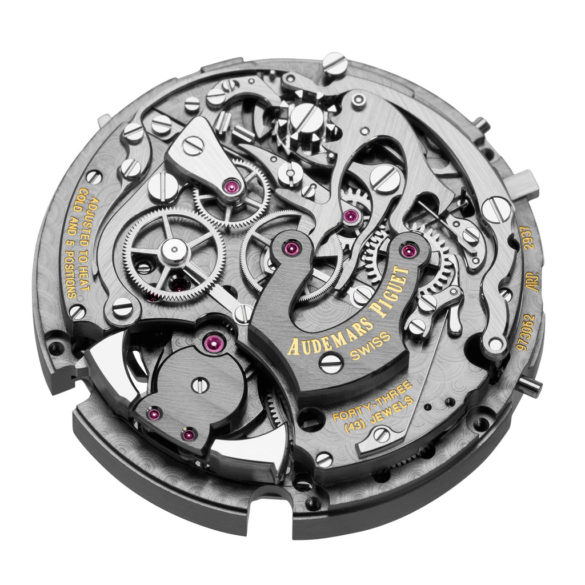