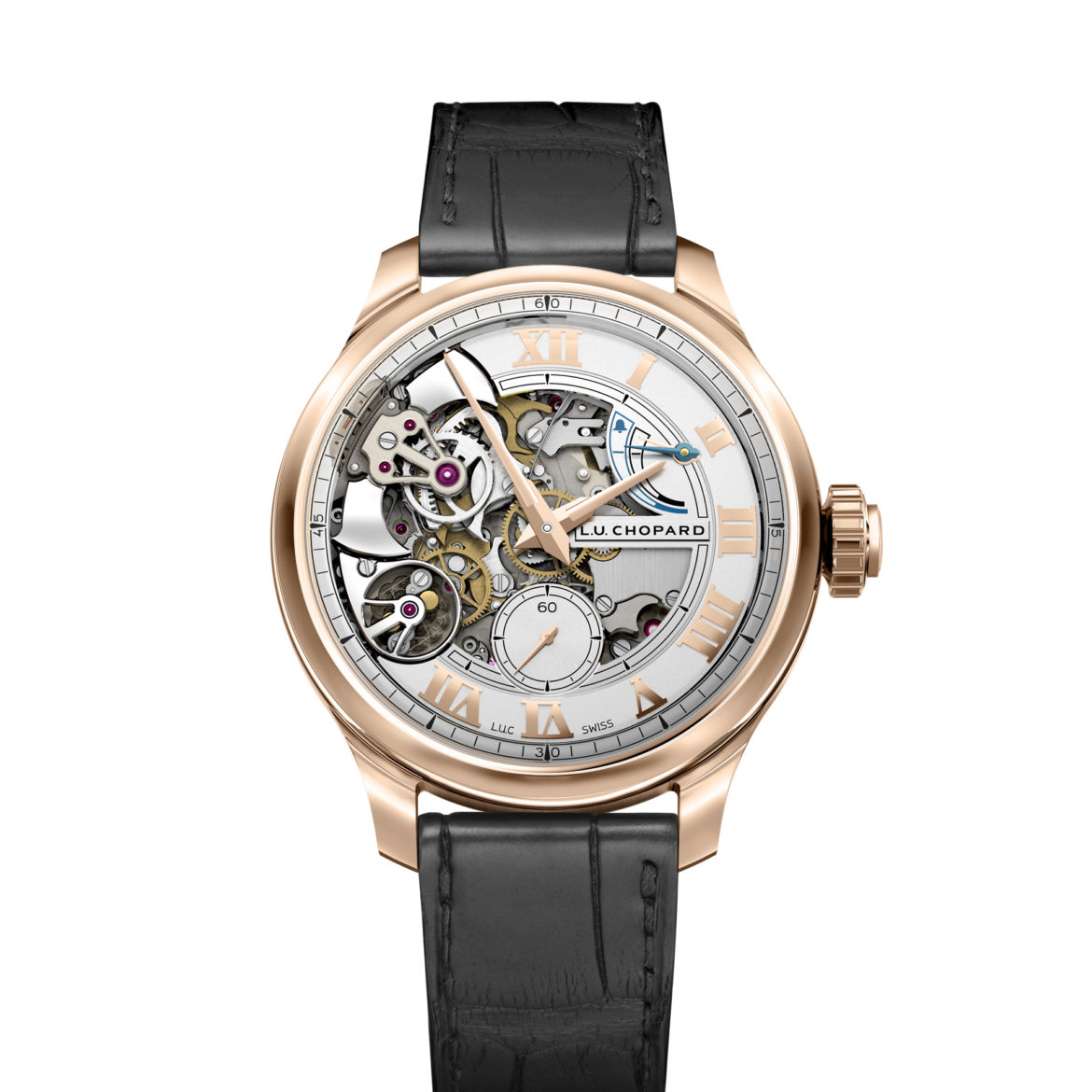 The Chopard L.U.C. Full Strike is the first minute repeater ever created by Chopard. And according to Chopard it is “the crowning point of the celebrations marking the 20th anniversary of Chopard Manufacture”. In our words: a demonstration of their technical capabilities in fine watchmaking at the highest level.

Repeaters were used in times when there was no electricity nor paint that glows in the dark. Those were the old, and dark days. You had to find yourself a candle and some fire to know the time when the sun was down. But the English priest Edward Barlow invented the repeating clock in 1676 and since then his solution became the standard mechanism. When people wanted to know the time, in the dark (or not), they just had to push a button on their clock or watch after which it started to chime. With a minute repeater, first the hour sounds, then the number of quarters in a different tone and then the remaining minutes in another tone. So, 12h36 on the Chopard L.U.C. Full Strike sounds like this: 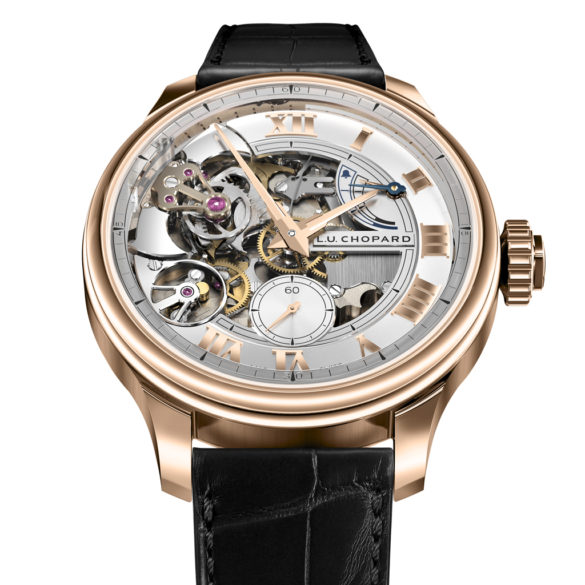 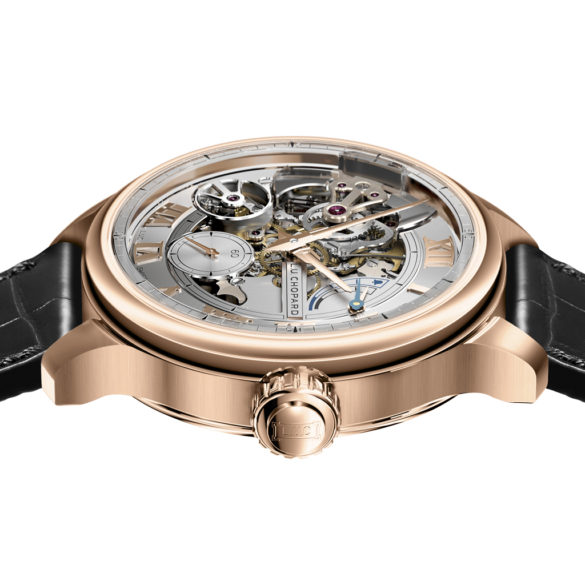 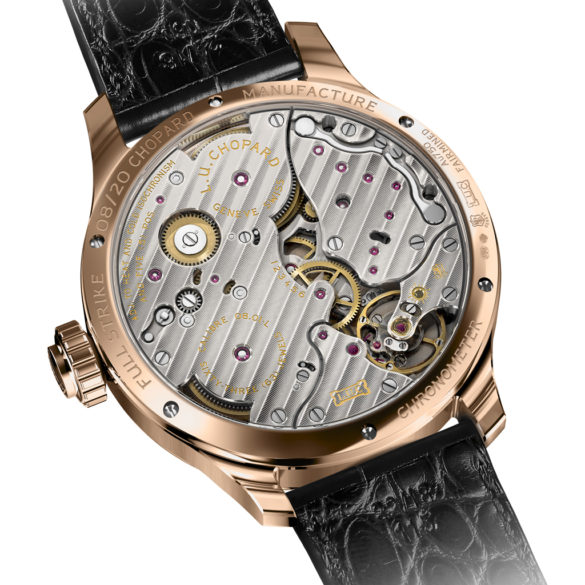 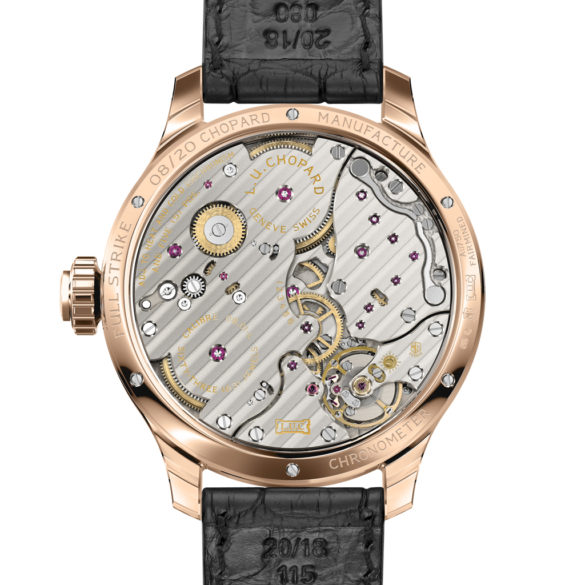 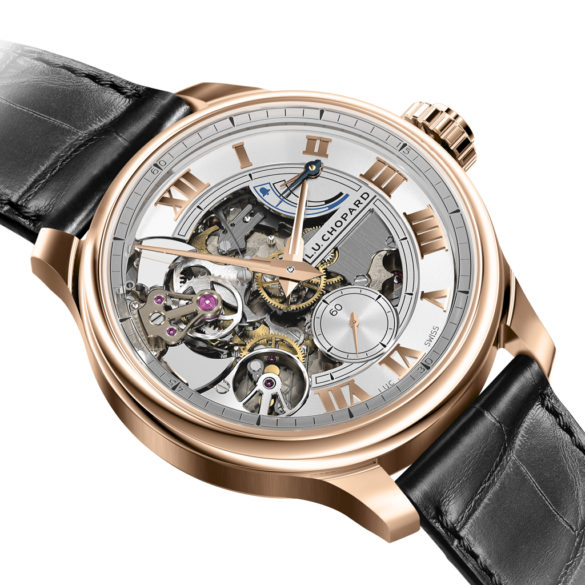 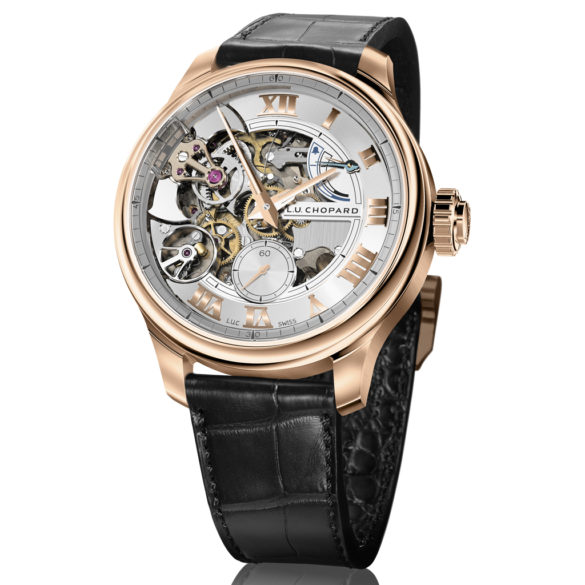 The Chopard L.U.C. Full Strike has two barrels to power the movement and its complications

Chopard spend more than six years to develop this movement. All possible problems, imperfections and “historical issues relating to the nature of the gongs” with regular repeaters were solved. Its mechanism has three security devices protecting it from any handling mistakes, it chimes in a rhythmic way without disturbing silences and there are no disturbing sounds from the mechanism. Besides that, the sound differs from standard repeaters as the hammers are ticking transparent crystal gongs. In fact, these are sapphire rings and an integral part of the watch glass creating the effect of a loudspeaker. This fascinating process can be seen at the 10 o’clock position.

The open dial features hours, minutes and small seconds. At the 2 o’clock position is a power-reserve indication system with two hands. The gilded one shows the energy required for time measurement, the blue one indicates the number of chimes that can be activated. For this, the watch is equipped with two barrels: one for each main function. Both can be charged by the crown which is coupled with a differential gear: one direction winds the barrel for measuring time, the other direction winds the other barrel for the minute repeater. Complicated but smart and necessary: the power-reserve of the time measurement is a neat 60 hours.

Want a chiming watch for Christmas? Only 20 pieces will be made… 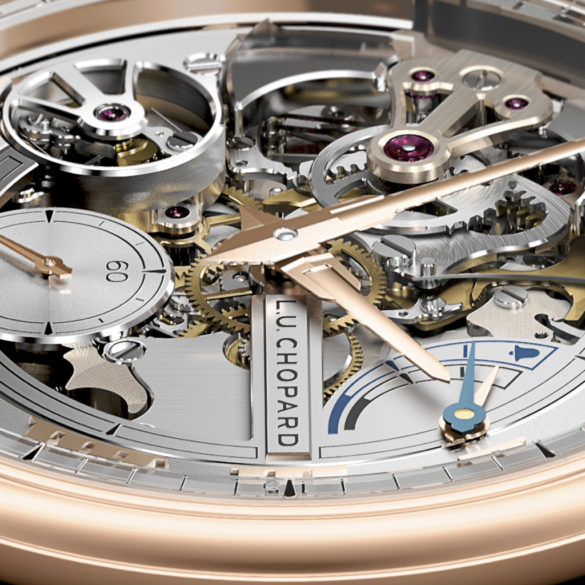 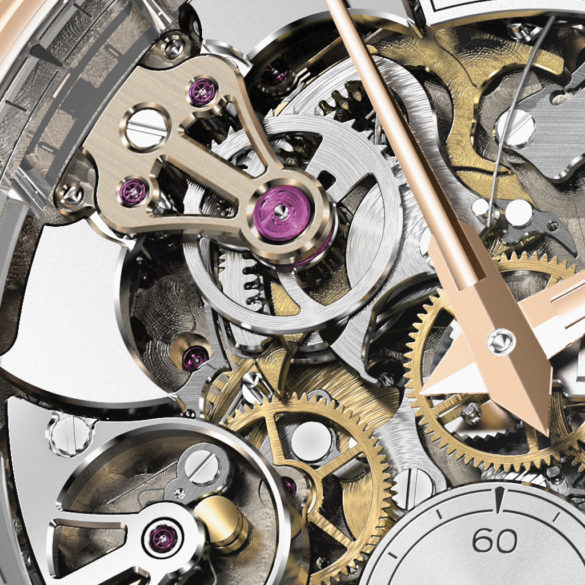 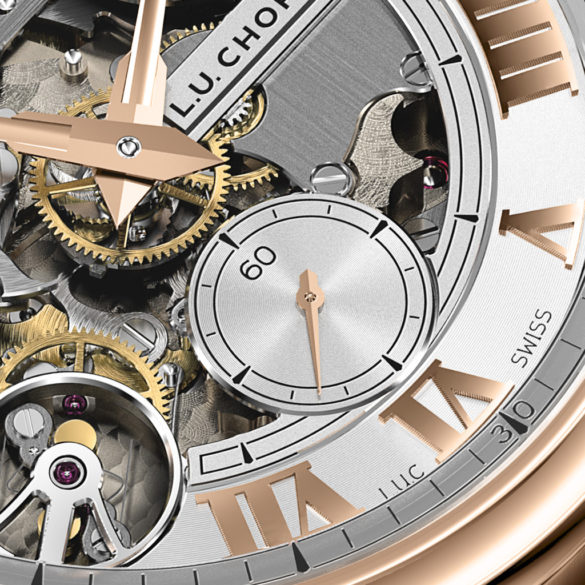 Did you know that Chopard was initially specialized in producing ladies’ watches and pocket watches? Here you can read about the history of Chopard…