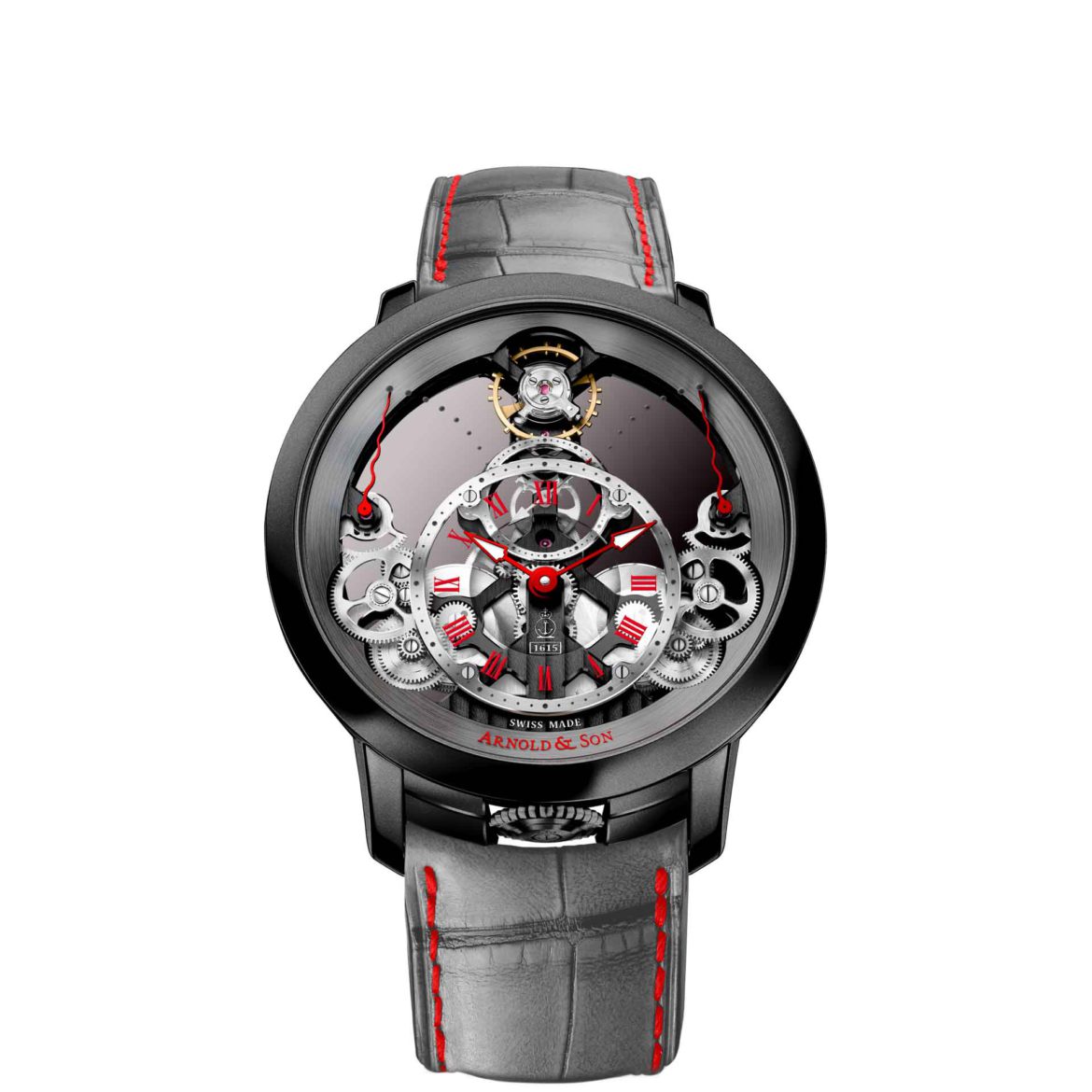 Arnold & Son’s offering for the 2017 Only Watch auction is one of their iconic models, the Time Pyramid. And it is a pretty bold piece, this Arnold & Son Time Pyramid for Only Watch 2017. The stainless steel case with black DLC coating measures 44.6 millimeters in diameter. The black DLC coating is also seen on the bridges of the manufacture movement. A skeletonized caliber A&S1615.

A vibrant touch to the blacked-out timepiece are the hands of the two power reserve indicators (one per barrel) in red, as are the red hour and minute hands and Roman numerals on the sapphire dial.

An impressive watch, inspired by the regulators created by John and Roger Arnold over two hundred years ago for antique British skeleton clocks. The Arnold & Son Time Pyramid offers a complicated blend of watchmaking features that includes regulator, skeleton, vertical linear movement and pyramid-placement of components. 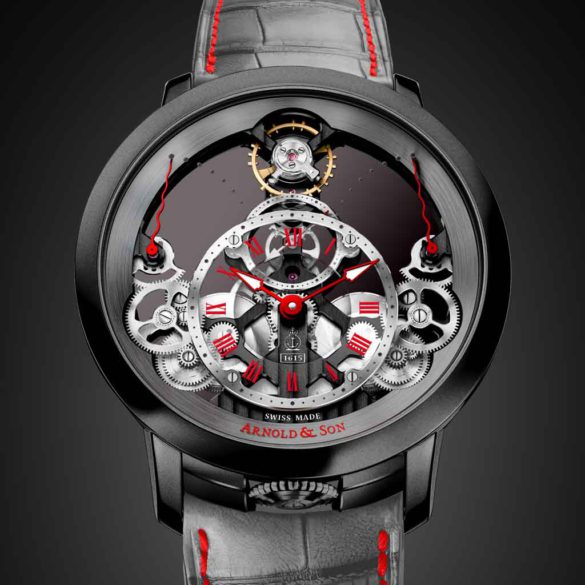 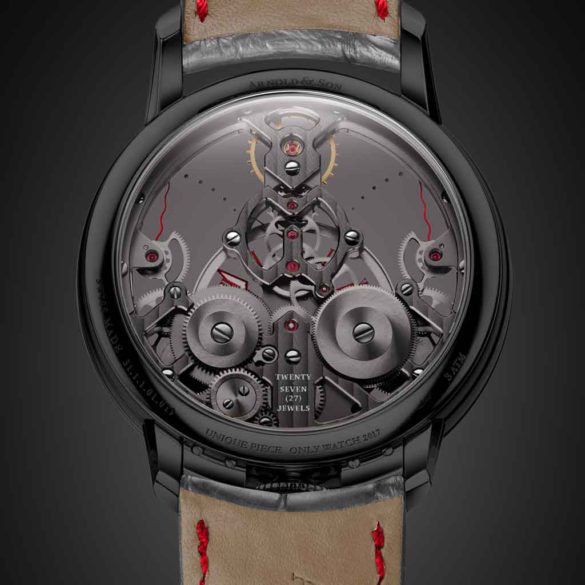 Perhaps not as well-known as say, an A.L. Breguet, but John Arnold was equally as influential as a watchmaker. It is just that the Swiss watch historians tend to focus on their own countrymen. For example, Arnold was the first watchmaker to use the term chronometer and he invented the detached escapement. Also, one of his chronometers was tested with an error of 2 minutes and 32,2 seconds in 13 months. That’s in the vicinity of what a modern COSC certified watch has to get in a month!

The Arnold & Son Time Pyramid for Only Watch 2017 will be auctioned by Christie’s in Monaco this November to profit AMM. AMM is a charity organization from Monaco that is dedicated to fight myopathy (Duchenne Muscular Dystrophy). Read more about them here.