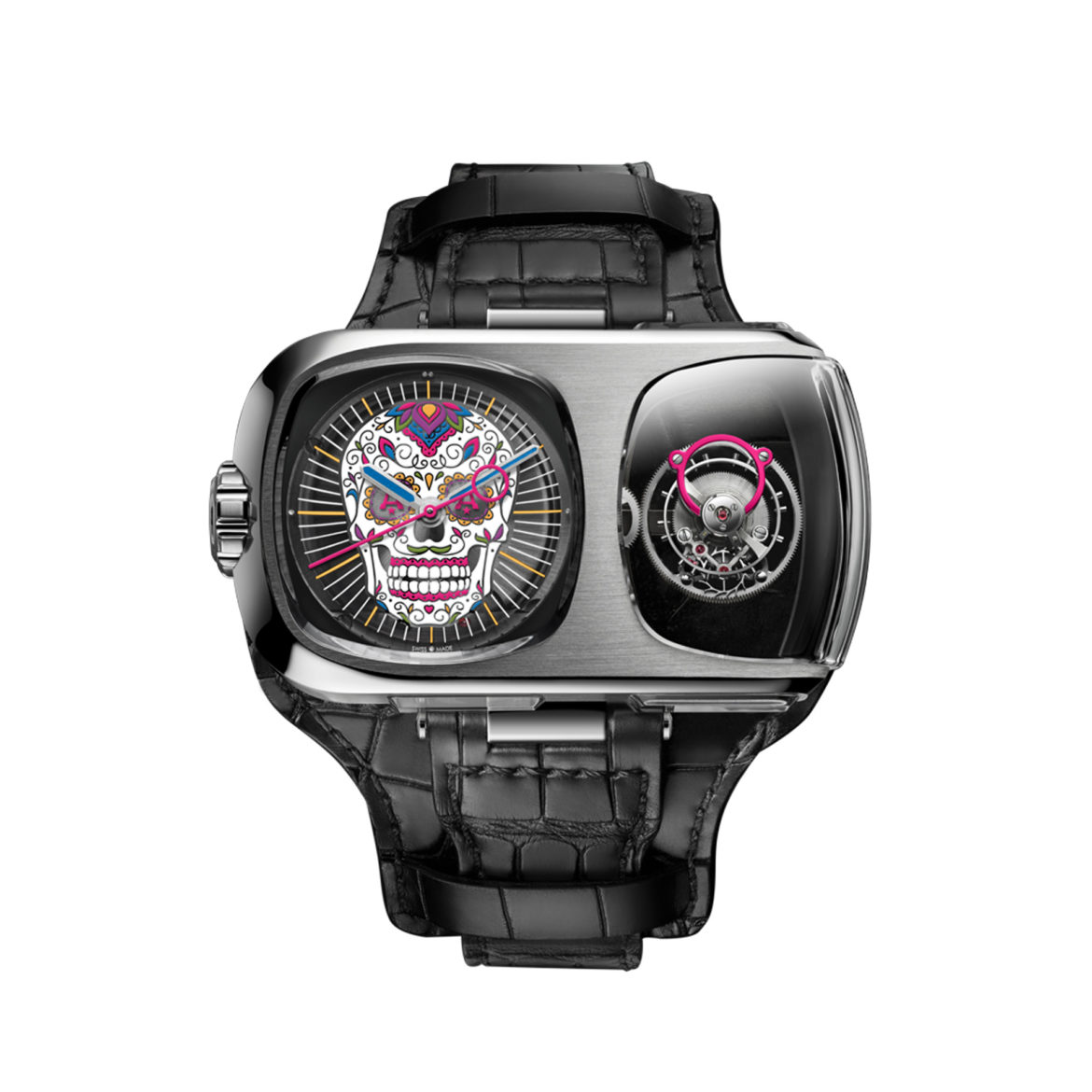 The Angelus U10 Tourbillon Calavera is a one-off featuring a case shape we have seen before. In fact, the watch is an even more flamboyant version of the U10 Tourbillon Lumière. And it has a theme we have seen before: the skull. It’s not the first time (and certainly not the last time) we wonder why a grown-up man would like to have a skull on the dial of his watch. Even when the skull is ‘art’. 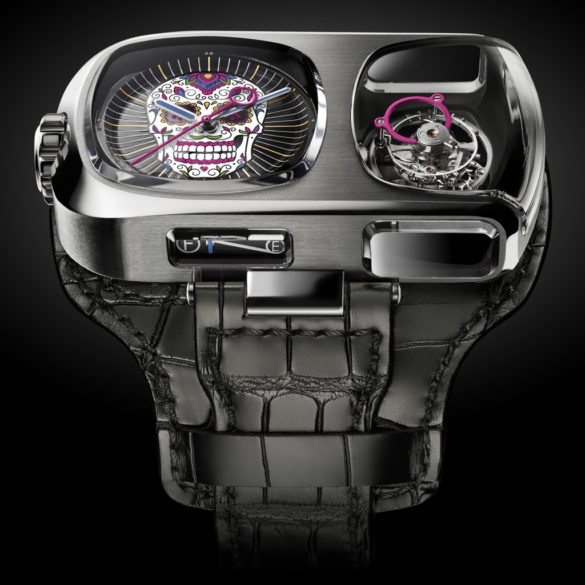 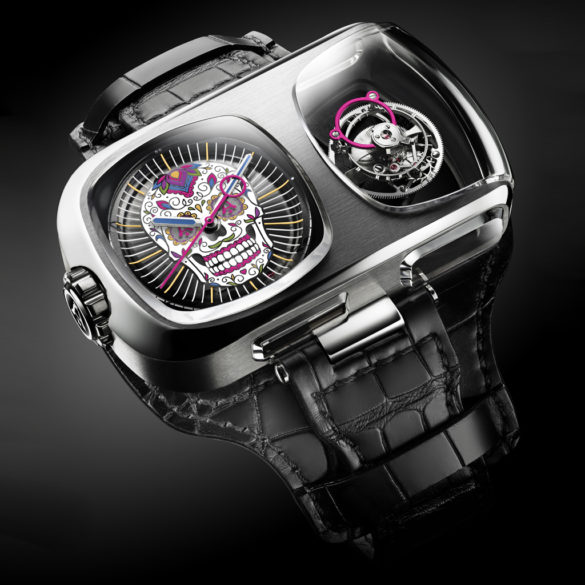 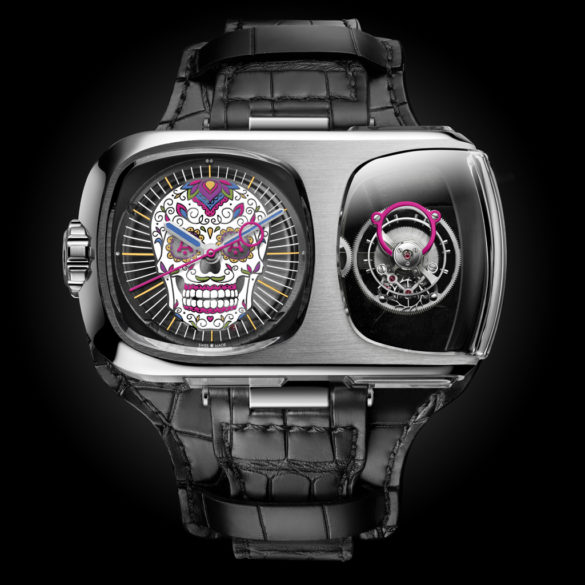 The skull (calavera in Spanish) is to celebrate the Day of the Dead (comparable with All Souls’ Day). It comes from the ancient Mexicans with roots in the Aztec, Mayan, and Toltec culture. The watch itself has its design roots in futuristic shapes from the 1960s and 1970s. Somehow we don’t see the connection with skulls. However, Angelus also talks about Memento Mori, which comes from ancient Rome and is Latin for “remember that you have to die”. Then Angelus quotes Wikipedia about this expression and links to the dead-beat seconds of the watch. Let’s not be too cynical, you already got our point.

The Angelus U10 Tourbillon Calavera is limited to one piece only 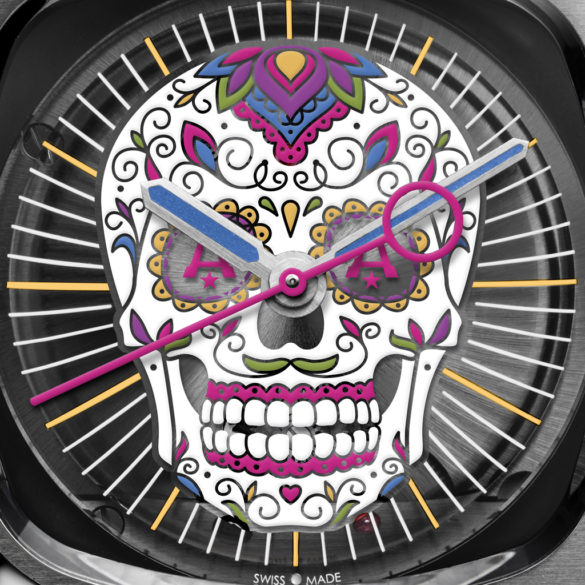 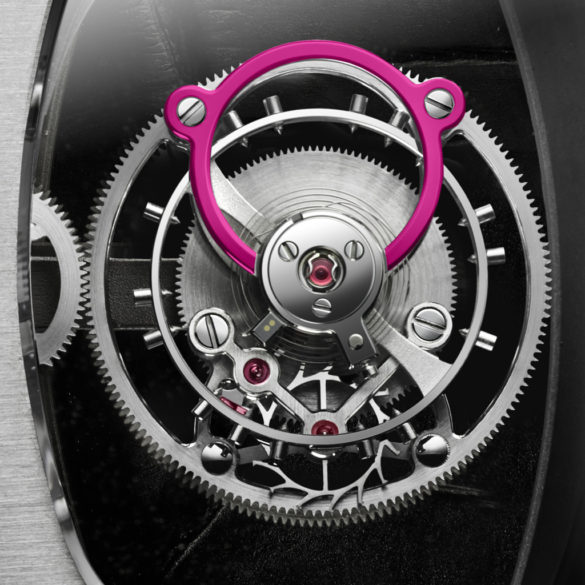 The steel case measures a serious 62.75 x 38 millimeters. The steel is specific annealed stainless steel, bead-blasted and treated with black PVD on the inside. No less than seven sapphire crystals decorate the case. One for the main dial, one for the outboard tourbillon and five on the case profiles showing the A-100 caliber and the tourbillon from different sides and the power-reserve-indicator. Which shows how much of the 90 hours (two barrels) in total are left.

It is a miraculous watch with a highly finished and decorated movement. We don’t think it needs a silly story and a colored skull to attract attention. The watch itself stands out enough. And if you want a variation of the existing model (the aforementioned U10 Tourbillon Lumière) just wait until Angelus comes up with a more unique idea. Or buy the Lumière. Which is a piece of art on his own. 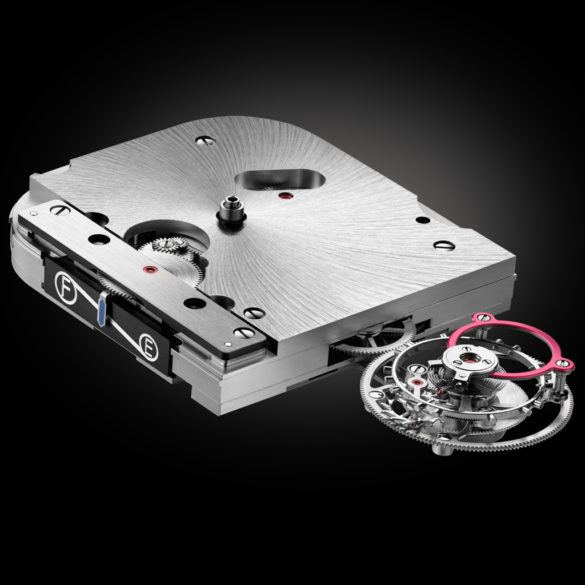 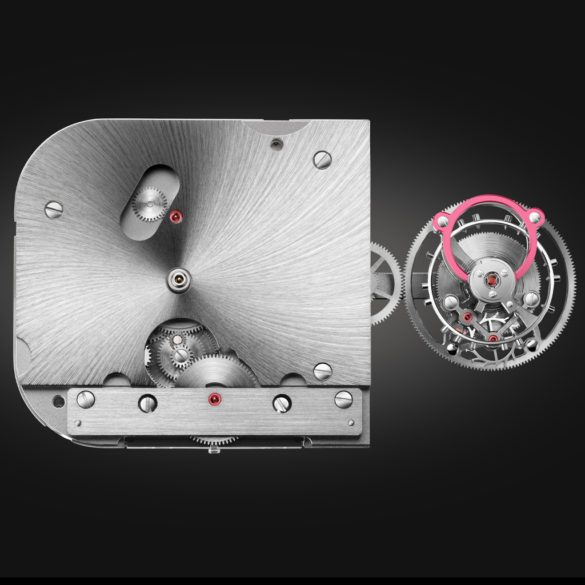 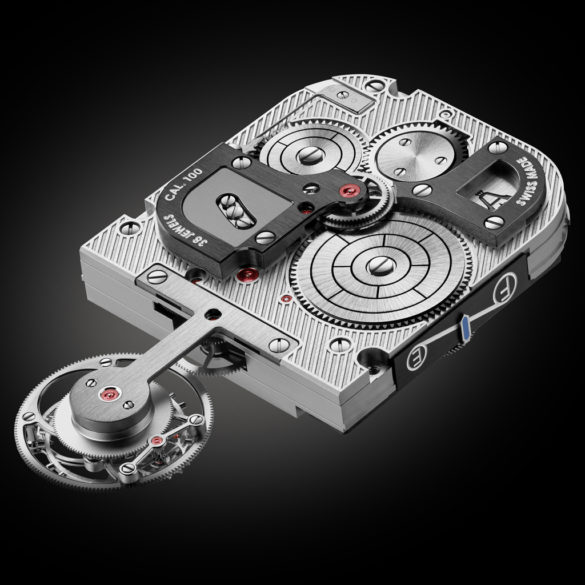