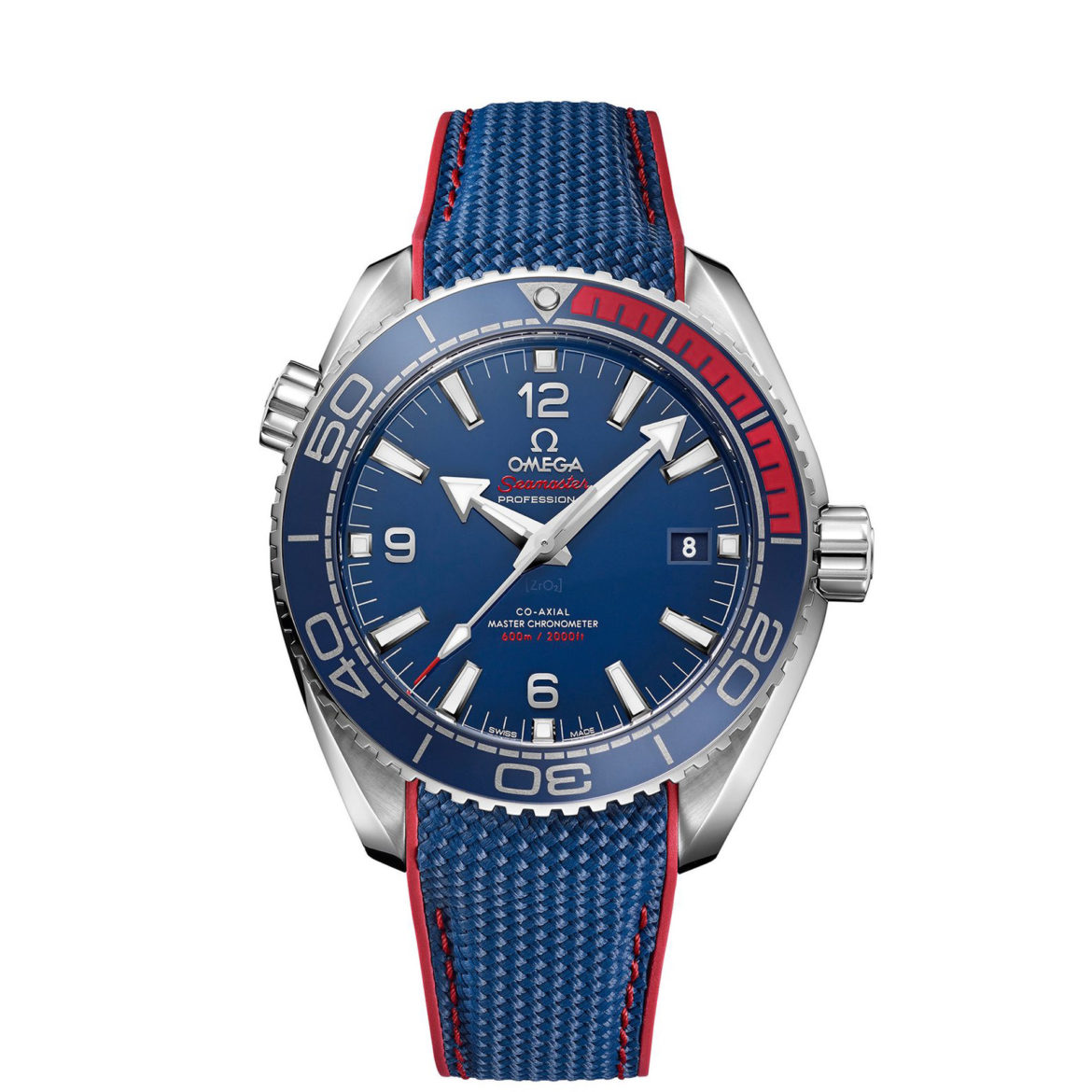 At Friday the 9th of February 2018, the XXIII Olympic Winter Games start in South Korea. And as Omega is the official timekeeper for the Olympics (since the Summer Olympic Games in 1932) it is time for their first commemorative model. This Omega Seamaster Planet Ocean PyeongChang 2018 Limited Edition.

It has become a tradition for Omega to launch limited edition for the Olympic games, like in 2016 when they launched this Omega Seamaster Diver 300M Rio 2016. As per tradition the new Omega Seamaster Planet Ocean PyeongChang 2018 is limited to 2,018 pieces. 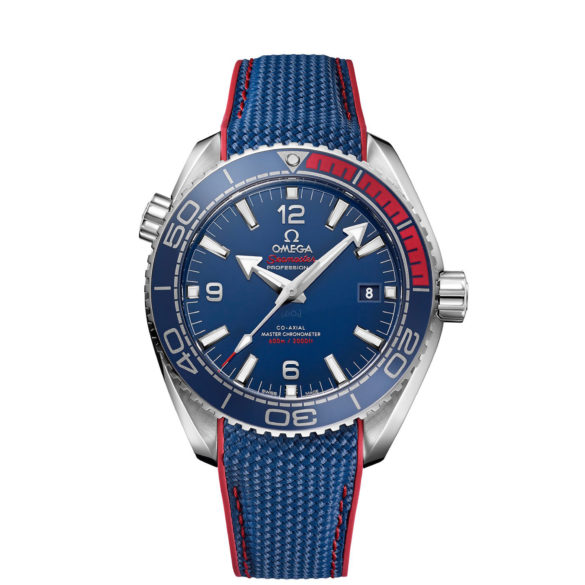 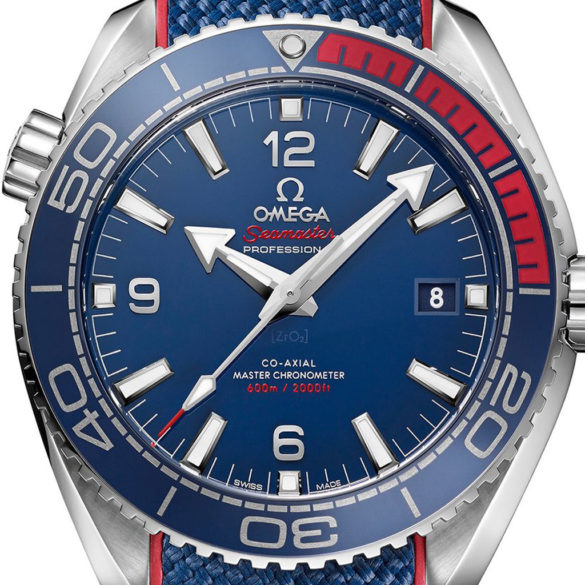 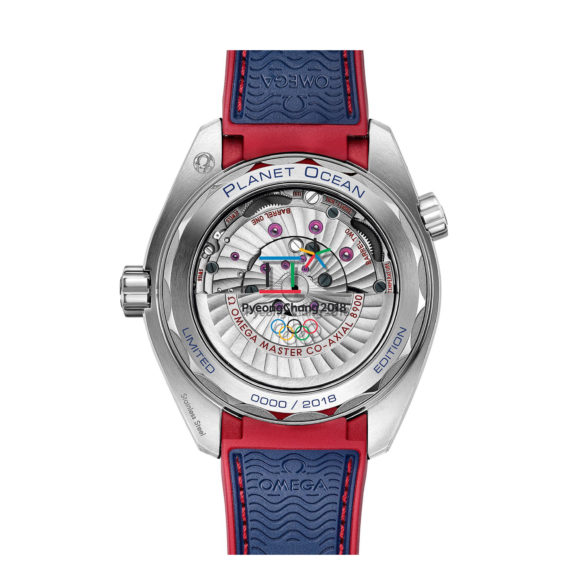 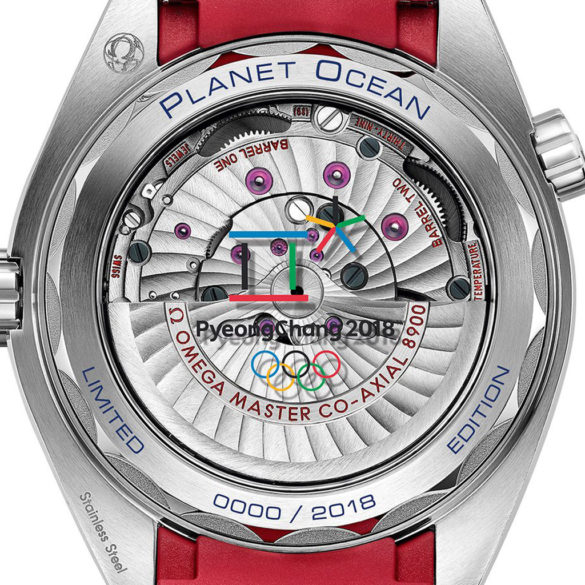 The color scheme of the Omega Seamaster Planet Ocean PyeongChang 2018 is blue and red, like the colors of the Korean flag. It has a ceramic blue dial (zirconium dioxide, shortly Zr02, as you can see just under the central axis) and SuperLuminova-filled hands and indices that glow blue in the dark. The unidirectional rotating bezel is also from ceramic, in blue and polished. It is injected with red rubber (15 minute track). And it has Omega’s Liquidmetal (a special alloy) for the numerals and indices. The matching blue strap with red stitches is also from rubber, and the watch comes with a stainless steel bracelet as well. The sapphire crystal case back features a transfer with the logo of the Olympic Games and the words PyeongChang 2018.

The Omega Seamaster Planet Ocean PyeongChang 2018 houses Omega’s Co-Axial Master Chronometer caliber 8900 with a power-reserve of 60 hours. This Master Chronometer movement is certified by Swiss Federal Institute of Technology (METAS). A certification with higher standards than the more common COSC certification. Like most proper divers it has a helium escape valve. Undoubtedly more limited editions that commemorate the coming Winter Olympics will follow.