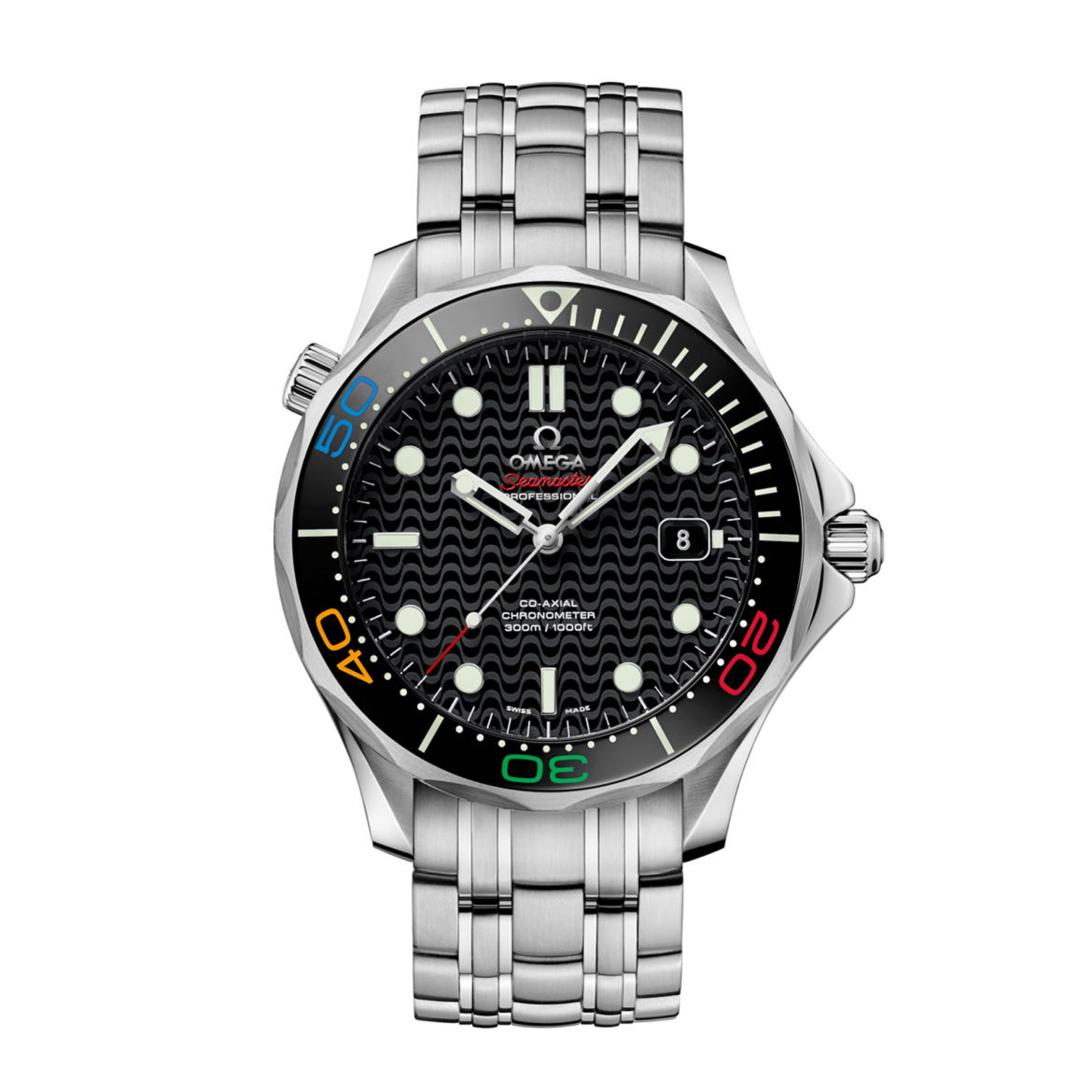 Being the official timekeeper of the Rio 2016 Olympic Games it is obvious to launch a limited edition to celebrate that: this is the Omega Seamaster Diver 300M Rio 2016 Limited Edition. Apart from this model, Omega also launches a Rio 2016 version of their Seamaster Bullhead and their Speedmaster Mark II.

Omega started as official timekeeper at the Olympic Games in 1932 at the summer games in Los Angeles where the only utilized 30 split-second chronographs. Yes, it is a very longstanding relationship.

The Omega Seamaster Diver 300M Rio 2016 is limited to 3,016 pieces. The wave pattern on the dial symbolizes the mosaic pattern of the famous beach promenade Copacabana in Rio de Janeiro. The polished black ceramic bezel ring has a diving scale filled with white super-luminova. The numerals are filled with the colors of the Olympic rings: red, blue, yellow and green lacquer. The back of the 41-millimeter stainless steel case has a “Rio 2016” Olympic Games logo as well as an engraved Limited Edition number. The Omega Seamaster Diver 300M Rio 2016 is powered by Omega’s Co-Axial caliber 2500.