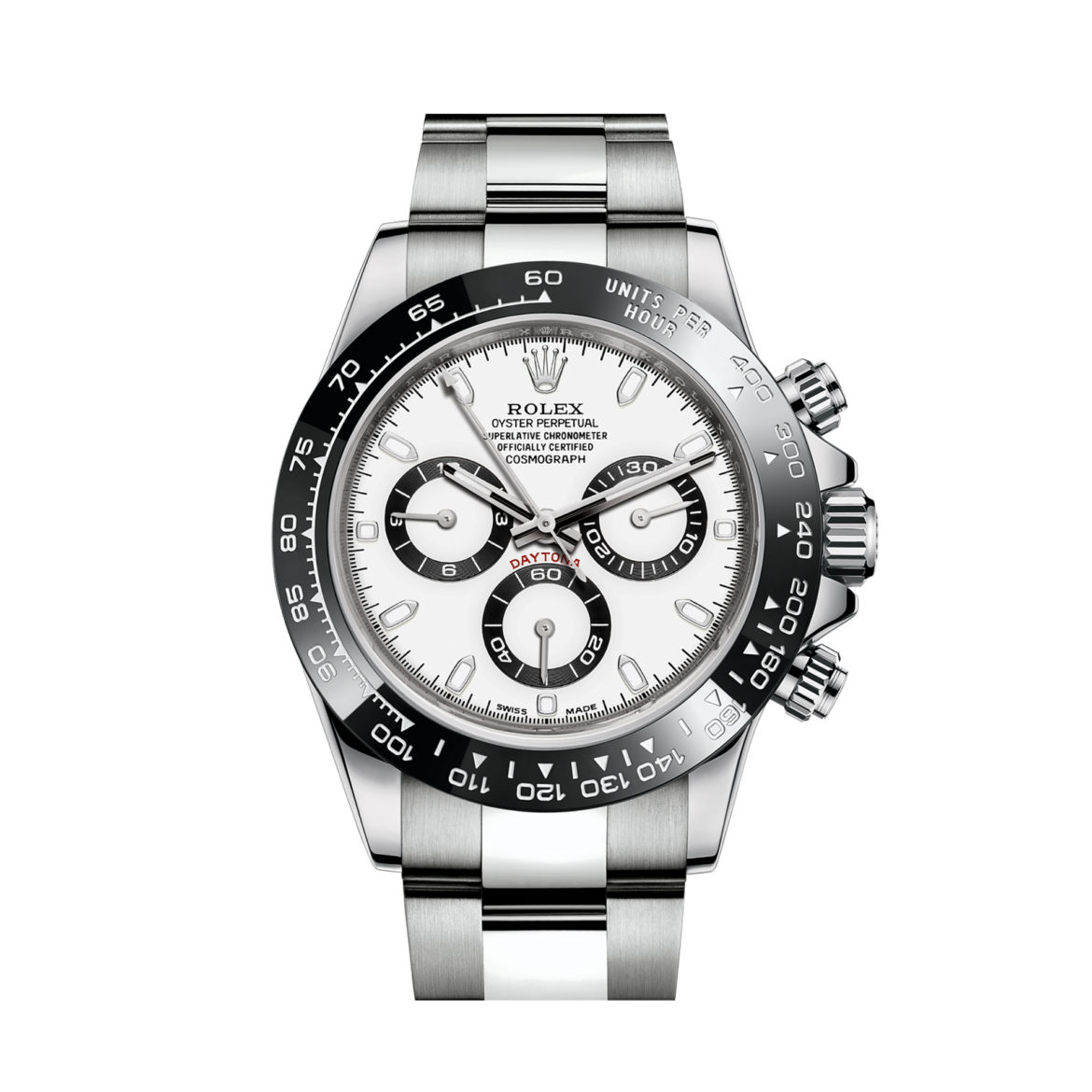 The first Rolex Cosmograph Daytona was launched in 1963. A new generation of chronographs dedicated to racing drivers who were racing at Daytona Beach, Florida. It had a contrasting black and white dial and a tachymetric scale on the circumference of the bezel.

In 1965 Rolex launched a version with screw-down chronograph pushers replacing the pump pushers on the original model. The screw-down concept prevented the pushers from being manipulated accidentally. The insert for the tachymetric bezel was made out of black plexiglass which gave the tachymeter a clearer design.

25 years after the launch of the first model, in 1988, a self-winding Rolex Cosmograph Daytona was launched. Inside it had the calibre 4030 – a real Rolex heart – with an oscillator equipped with a variable inertia balance wheel, Microstella regulating nuts, a hairspring with a Breguet overcoil as well as a self‑winding module with a Perpetual rotor, invented by Rolex in 1931. The latest Rolex Cosmograph Daytona is a further improved model with a monobloc Cerachrom bezel in high-tech ceramic. It is scratchproof, made out of one piece and the colour is unaffected by ultraviolet rays. The bezel features a very thin layer of platinum within the numerals and graduation via a PVD process.

Inside you will still find the Cosmograph Daytona’s 4130 chronograph movement. Over the years this movement has proven its outstanding quality. The steel version of the Rolex Cosmograph Daytona comes with a white or a black dial and a five-year warranty.