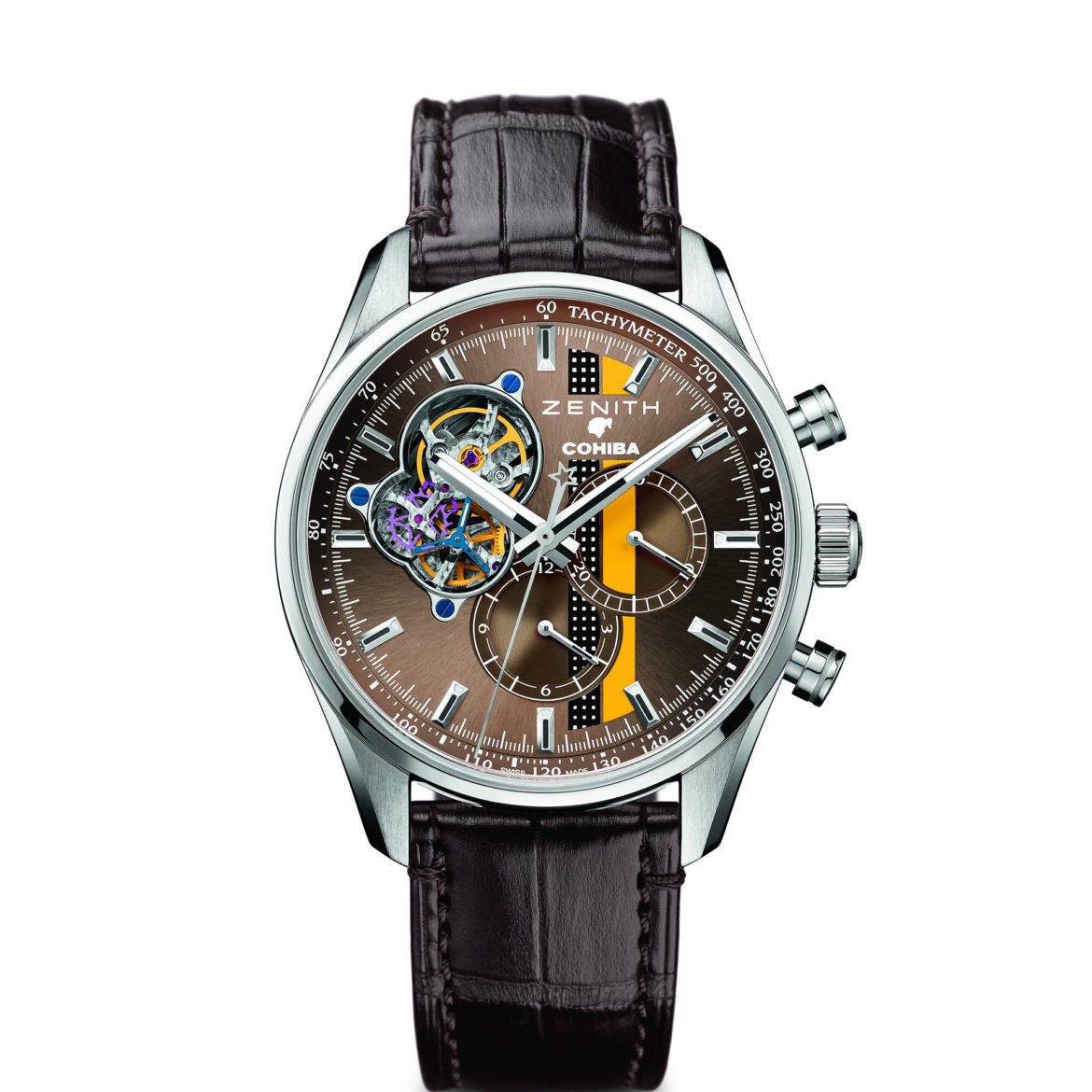 For the Zenith El Primero Chronomaster Cohiba Edition the Swiss watchmaker claims to have found a collaborative partner who matches in style, authenticity and exclusivity. But who thought that would bring Zenith, who often seek inspiration on racing tracks, to Cuba?

It is this year that the legacy brand of Cohiba cigars celebrates its 50th year of existence. The Cuban cigars were initially exclusively produced for Fidel Castro and served as a gift for diplomats and politicians. Since 1982 the cigars are available to the public.

Maybe you ever had the pleasure of lightning an Esplendido or Exquitoes, which are part of the range of top notch cigars Cohiba offers. Nice to know: their Siglo-range celebrates Columbus discovering America. Every 100 years since the explorer set foot in America a new Siglo cigar is made. Now we can almost hear you cracking your brain: how do we get from a cigar to an exclusive time piece? 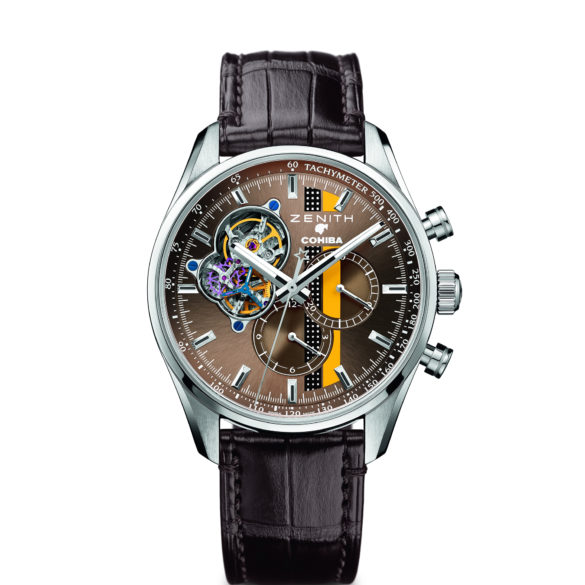 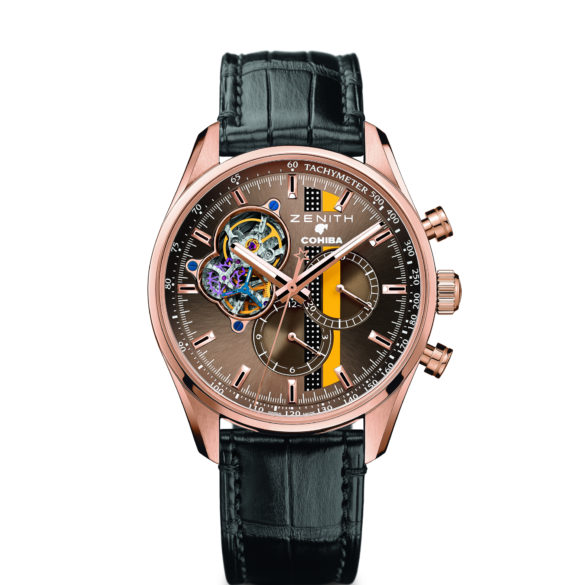 Hand-rolled cigars are exclusively made for the happy few. It is this atmosphere of an exclusive way of life expressed through high-quality craftsmanship that shows with the El Primero Chronomaster Cohiba Edition.

The two models (stainless steel and rose gold) feature Havana brown details in the dial and have emblematic Cohiba motifs. The model in rose gold  is limited to 50 pieces, the and stainless steel version to 500 pieces. Inside the 42-millimeter dial is the El primero Chronomaster 1969 movement. Honouring Cohiba’s 50th anniversary the logo is engraved at the back of the case.