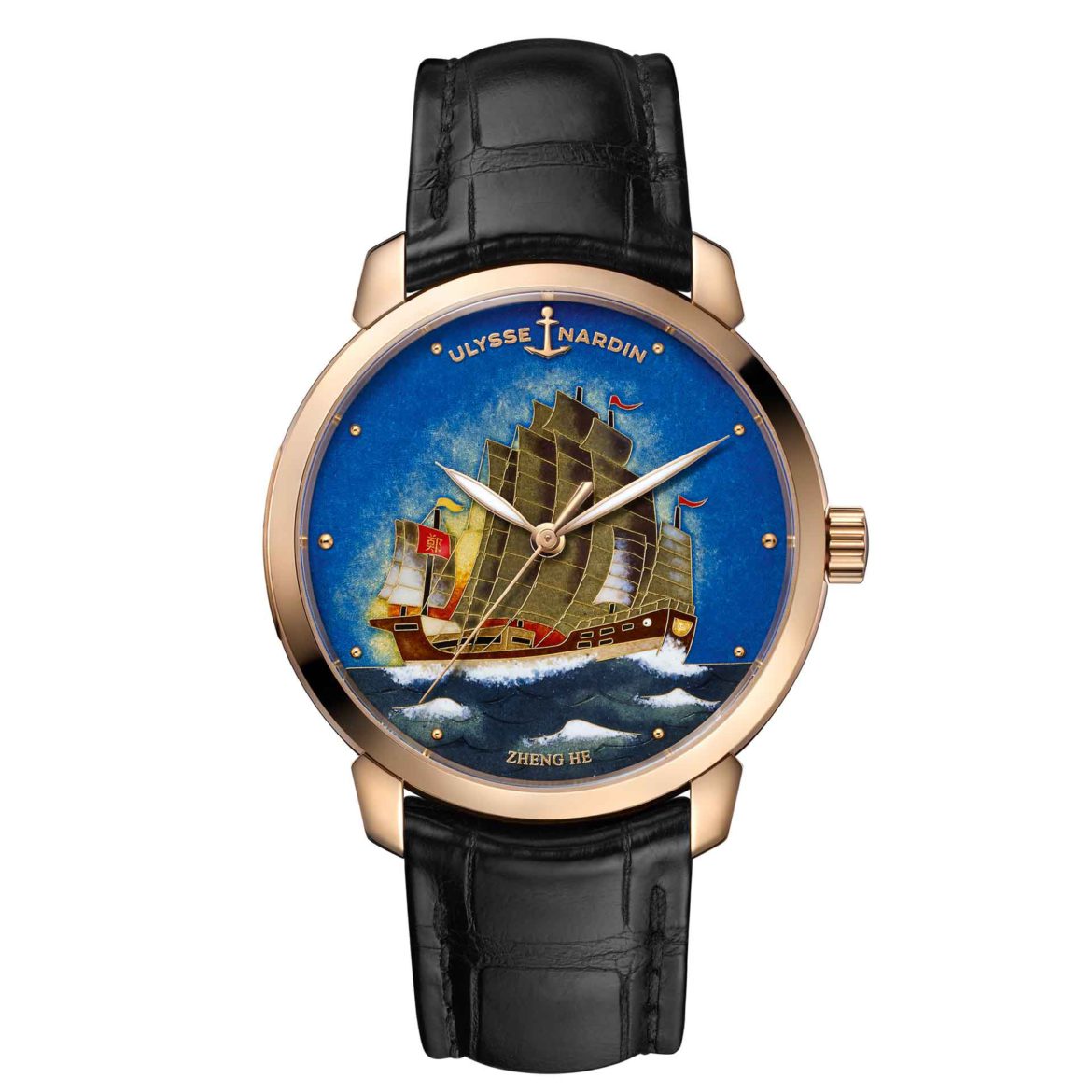 Before we focus on the watch itself, some background about its subject. We like to think that Europeans were the finest sea-faring people, but the Chinese also produced some legends. One of them is Zheng He (1371-1433). One of the most famous people of the early Ming Dynasty and an explorer, diplomat and fleet admiral. This Ulysse Nardin pictures the Zheng He treasure boat. A massive ship of about 140 meters in length, with a crew of up to 500 men. 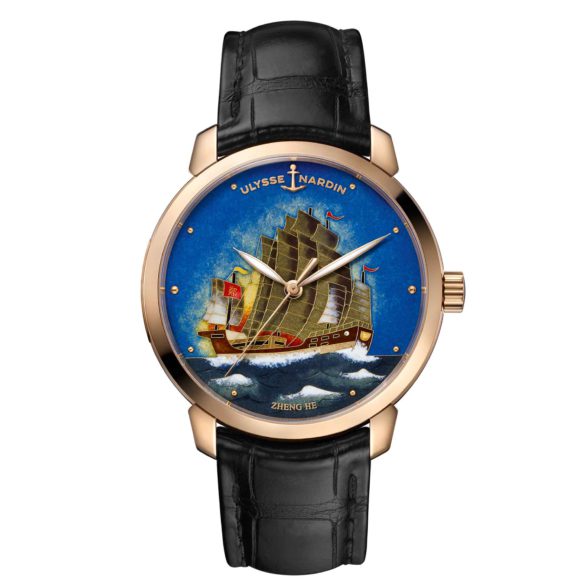 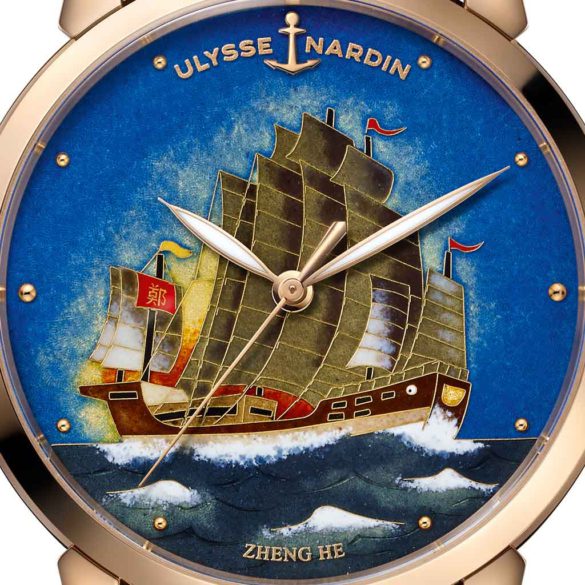 Zheng He’s voyages covered extensive territory, traveling through Southeast Asia to faraway Africa and the Middle-East. With a fleet numbering hundreds of ships, and crews of around 30,000 men, this was easily the biggest maritime expedition of that time. Between 1405 and 1433, Zheng made a total of seven voyages, visiting 37 countries, an incredible achievement for that time.

To portray the Zheng He Treasure Boat, Ulysse Nardin called their enamel specialists at Donzé Cadran for a very special form of enameling. The intricate enamel cloisonné technique to be precise, one that is valued a great deal by collectors. In this very ancient art form, which dates back to the early 4th century, craftsmen employ fine gold wire to create the compartments, within which the enamel is carefully deposited. Every cloisonné dial involves immense effort and patience, requiring 50 hours and 26 separate processes to bring a scene to vivid life.

The ‘piece of art’ is housed in an 18-carat pink gold case, powered by the manufacture UN-815 caliber, which is COSC certified. The Ulysse Nardin Classico Zheng He is limited to 30 pieces.