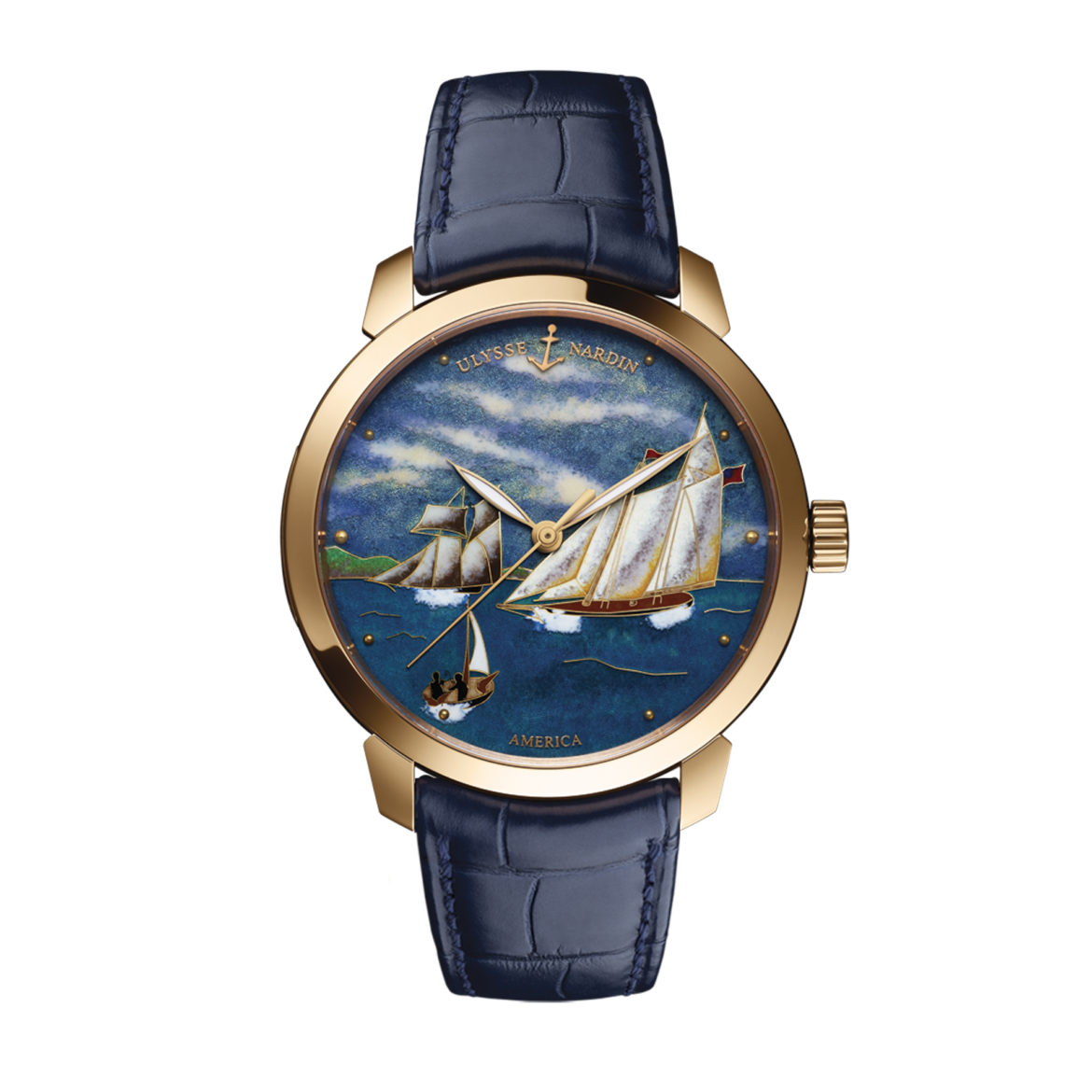 The fact that the Ulysse Nardin Classico Schooner America celebrates the 35th America’s Cup in June 2017 isn’t a surprise. The house of Ulysse Nardin is known for manufacturing highly accurate marine chronometers so boats and water is in their blood. And as far as we know they are the only watch brand commissioning their own boat.

But let’s rewind to 1851. It was the first edition of the race when a schooner called “America” raced to victory. Honoring this win, the race was named the America’s Cup from then. Linking a watch to the America’s Cup you might expect a time piece that has the same jaw dropping technical specs as the racing yachts battling for the cup. Not with the Ulysse Nardin Classico Schooner America. This watch is all about classicism, celebrating the early days of the America’s Cup. 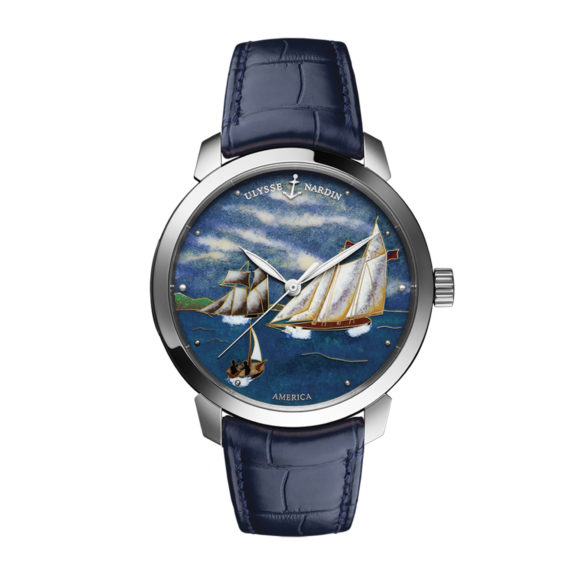 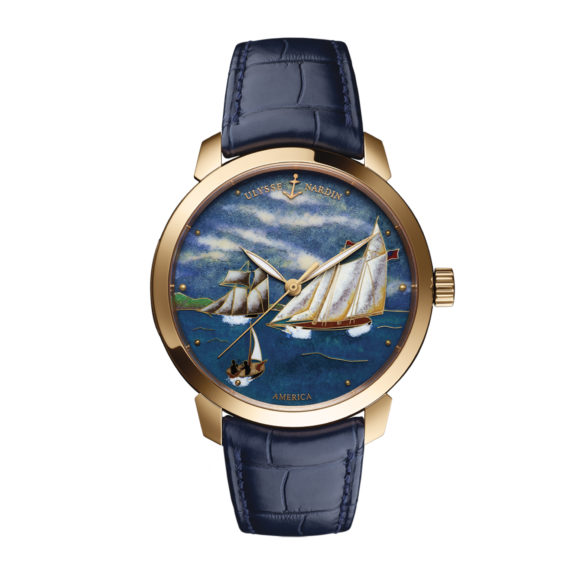 With the Classico Schooner America it’s all about the dial. Depicting the scene for a regatta near England’s Isle of Wright led by the schooner America. What makes this watch stand out is not its staggering price. No, it is the complex craft that was used for the dial: cloisonné enamel. For this technique each color on the dial is separated by fine gold wire. Each sections are filled with mostly secret mixes that create the colors that together form the scene on the dial. Only a few master this exquisite craftsmanship. Some fun facts: it takes more than 500 millimeters of the wire to make the cloisonné. Every cloisonné dial requires 50 hours of artisan expertise and 26 processes to complete.

The Ulysse Nardin Classico Schooner America has a 40-millimetre case with a COSC-certified UN-815 automatic movement inside. It provides a 42-hour power reserve. Small gold dots serve as hour markers and it comes in 18k white or rose gold. Of course it is limited: 30 pieces, but we are not sure if that is the total or if that’s per case.