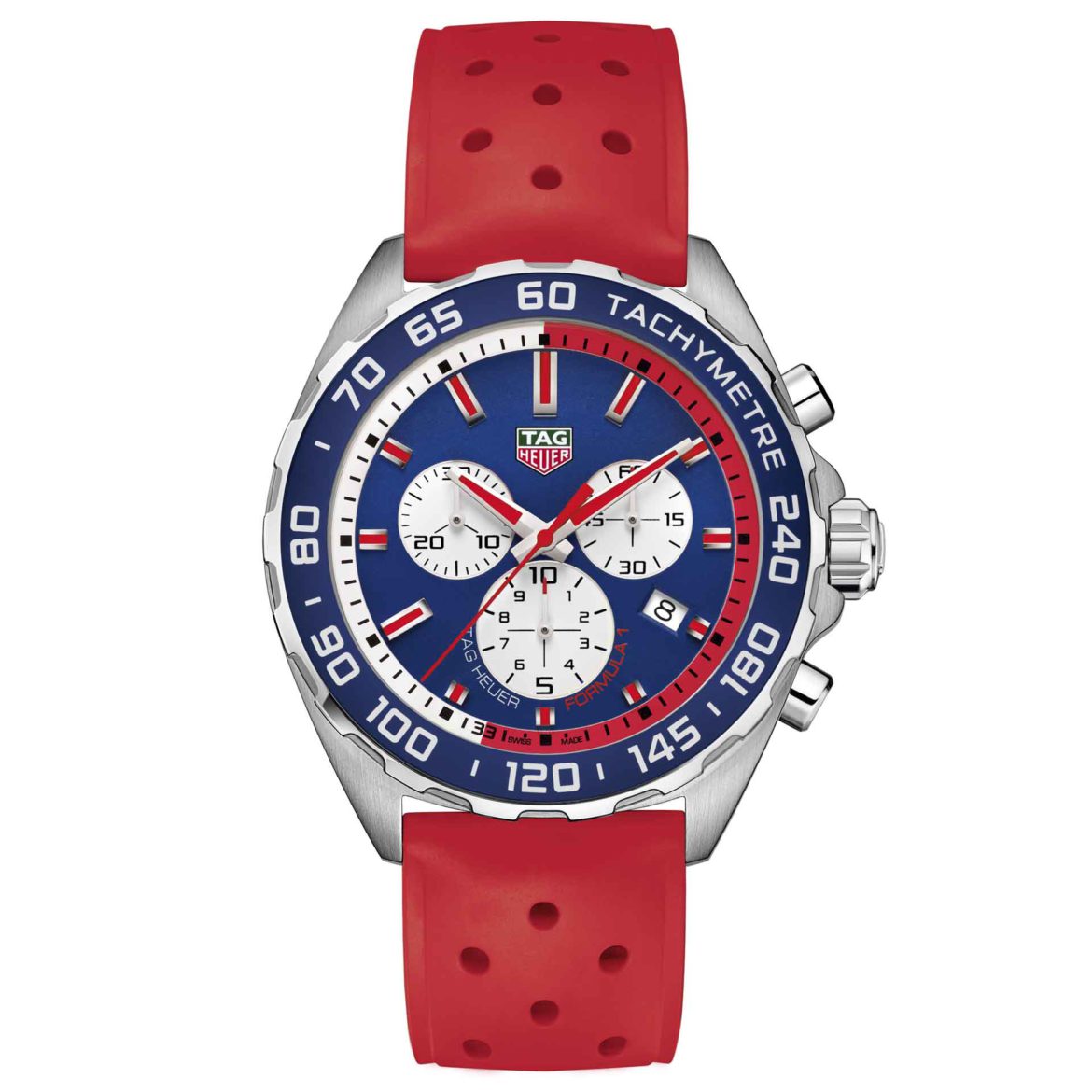 Every Formula 1 driver has its own watch. Even when you are one of the youngest on the track. The very talented Dutchman Max Verstappen got his first ‘own’ TAG Heuer last year, to celebrate he is the youngest winner of a Formula 1 race ever. And no one will beat that record ever, as Verstappen was 17 while the minimum age for Formula 1 is 18 now. This year TAG releases the TAG Heuer Formula 1 No.33 Max Verstappen 2017 Special Edition. For no special reason. Well, TAG sponsors Verstappen so they want to sell watches.

It’s the TAG Heuer trick we’ve seen a lot. Replace some colors, change just a little something on the dial, and present it as a new model. Look at the tongue breaking TAG Heuer Formula 1 Max Verstappen Youngest Grand Prix Winner Special Edition from last year. It’s exactly the same. What was orange has become red, so now the watch has the color of the Dutch flag: red, white and blue. 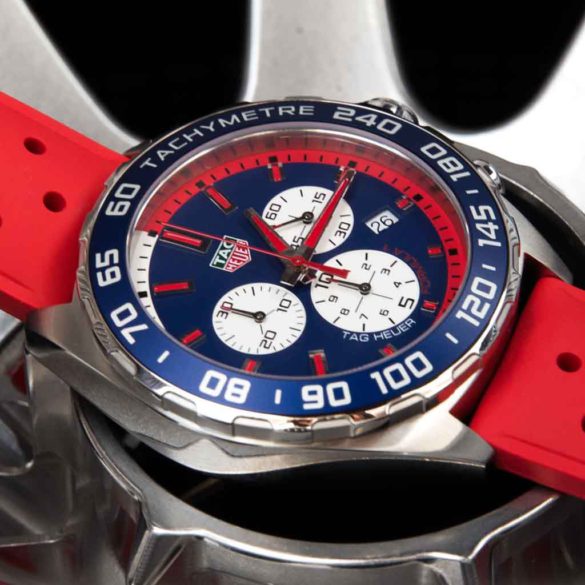 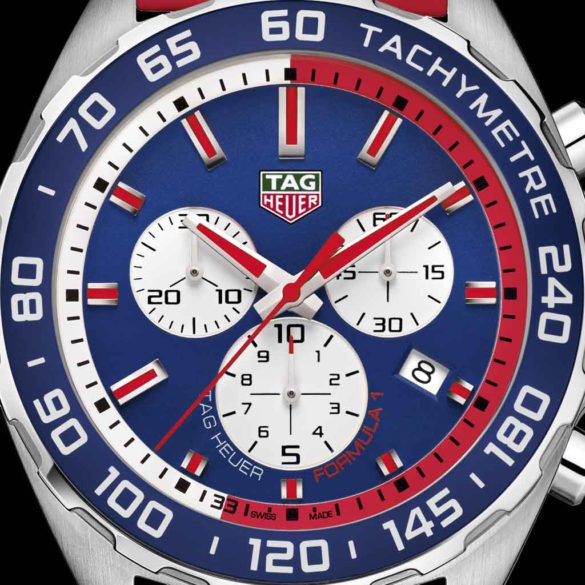 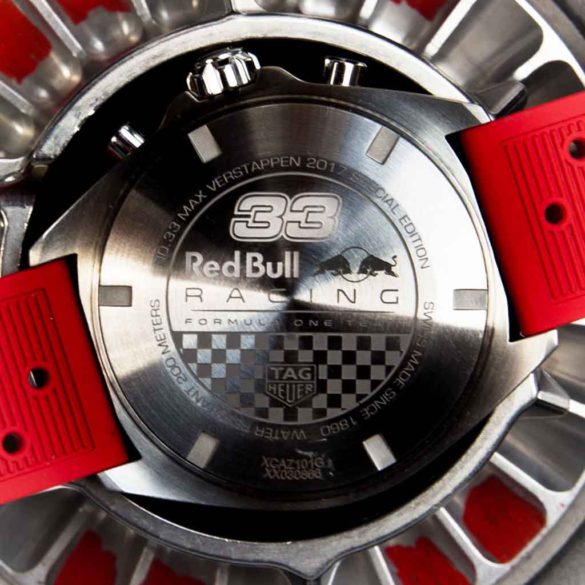 Verstappen started his carrier from the moment he could walk as his father is a former Formula 1 driver. Officially at the age of 8, he began carting with the race number 33. Which has been his personal number since then.

That is why you can see the number 33 on the seconds track of the chronograph, just left from the 6 o’clock position. Furthermore number 33, as well as the logo of his Red Bull Formula 1 racing team, is engraved on the case back. Together with the limitation number as it is a limited edition. No, not 33 pieces, but 533.

Inside is a quartz movement which is not specified by TAG Heuer. But it’s probably a Ronda 5040.D just like last year’s Verstappen model. A reliable and not very expensive quartz which makes the price tag of over a 1,000 slightly exorbitant. Sure, die-hard fans will buy the watch, which is only available in The Netherlands, anyway. But next year we hope it is priced more in line with the offer. A better idea is using a self-winding mechanical movement (Caliber 16?) and put some creativity in the design of the dial and case. Dah.