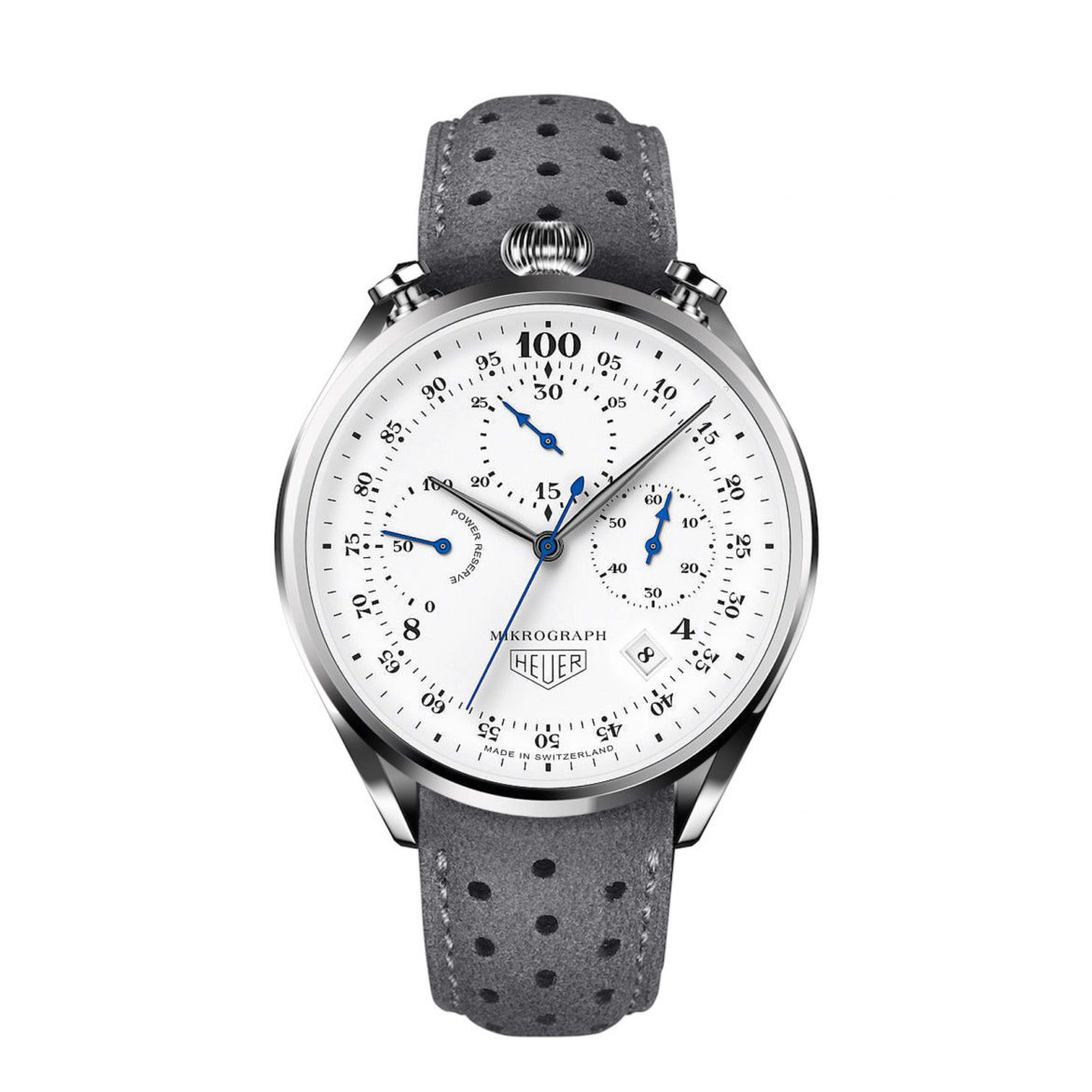 The TAG Heuer 2016 Heuer Mikrograph 100th Anniversary celebrates that exactly 100 years ago Heuer presented a stopwatch that was the first to time to 1/100th second precision.

Back in the 1820s the French watchmaker Louis Moinet made a 1/60 second stopwatch and almost 100 years later, in 1914, Charles-Auguste Heuer began the Mikrograph project. With the help from movement suppliers Valjoux and Minerva (part of Montblanc nowadays) he created the Heuer 601 Kaliber which could time to 1/100th of a second. The ability to time with this precision was unique at that time and transformed athletics for instance. So Heuer became the official supplier of timing instruments for the Olympic Games in 1920.

The 2016 Mikrograph has a 45-millimetre steel bullhead case, a case style pioneered by the TAG Heuer Mikrogirder. The idea behind the Mikrogirder case was to combine a stopwatch and a wristwatch. This is why the case has an asymmetrical design. While the Mikrogirder looked as though you could remove the central case, you couldn’t. With the new TAG Heuer 2016 Heuer Mikrograph 100th Anniversary you can. In fact, the chronograph can be removed from its case by a few turns and from there the watch can be placed into a desk holder. Or even better, mount it on your dashboard. Therefor the watch comes with cases for both, so you can simply put the Mikrograph into place.

The dial design is based on the original 1916 stopwatch to give it retro looks. The watch comes with a grey leather racing strap and it is limited to 100 pieces. Available in September 2016. 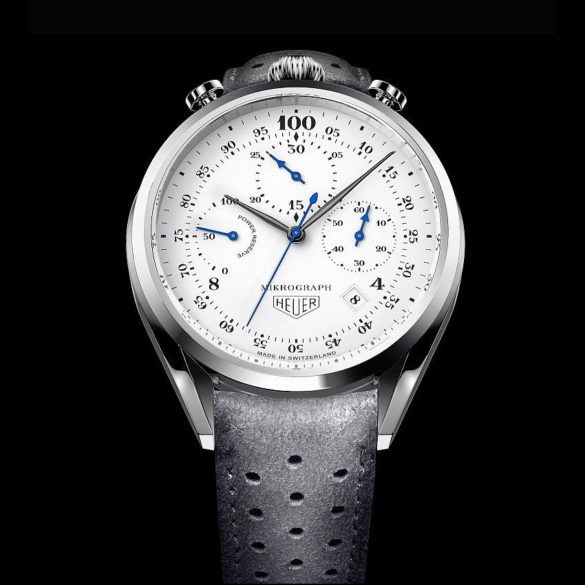 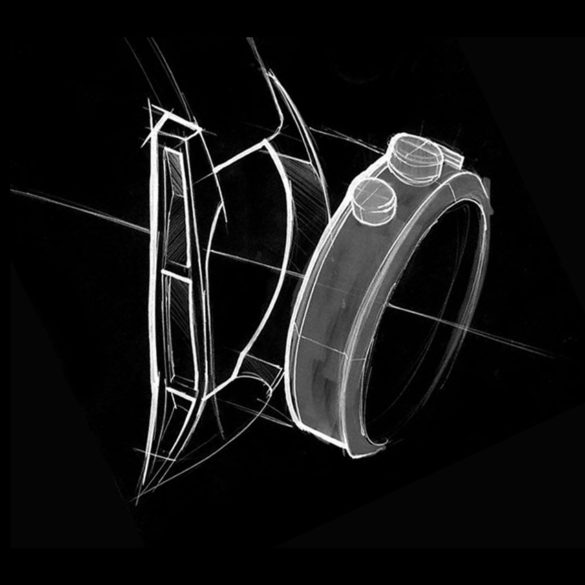 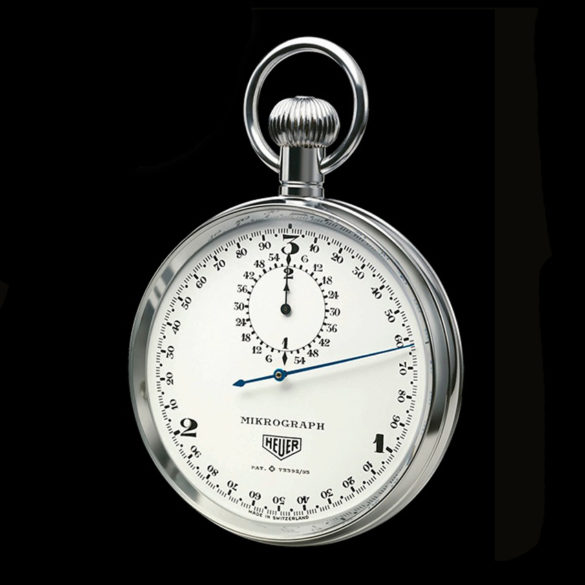 On the right the original 1916 Heuer Mikrograph