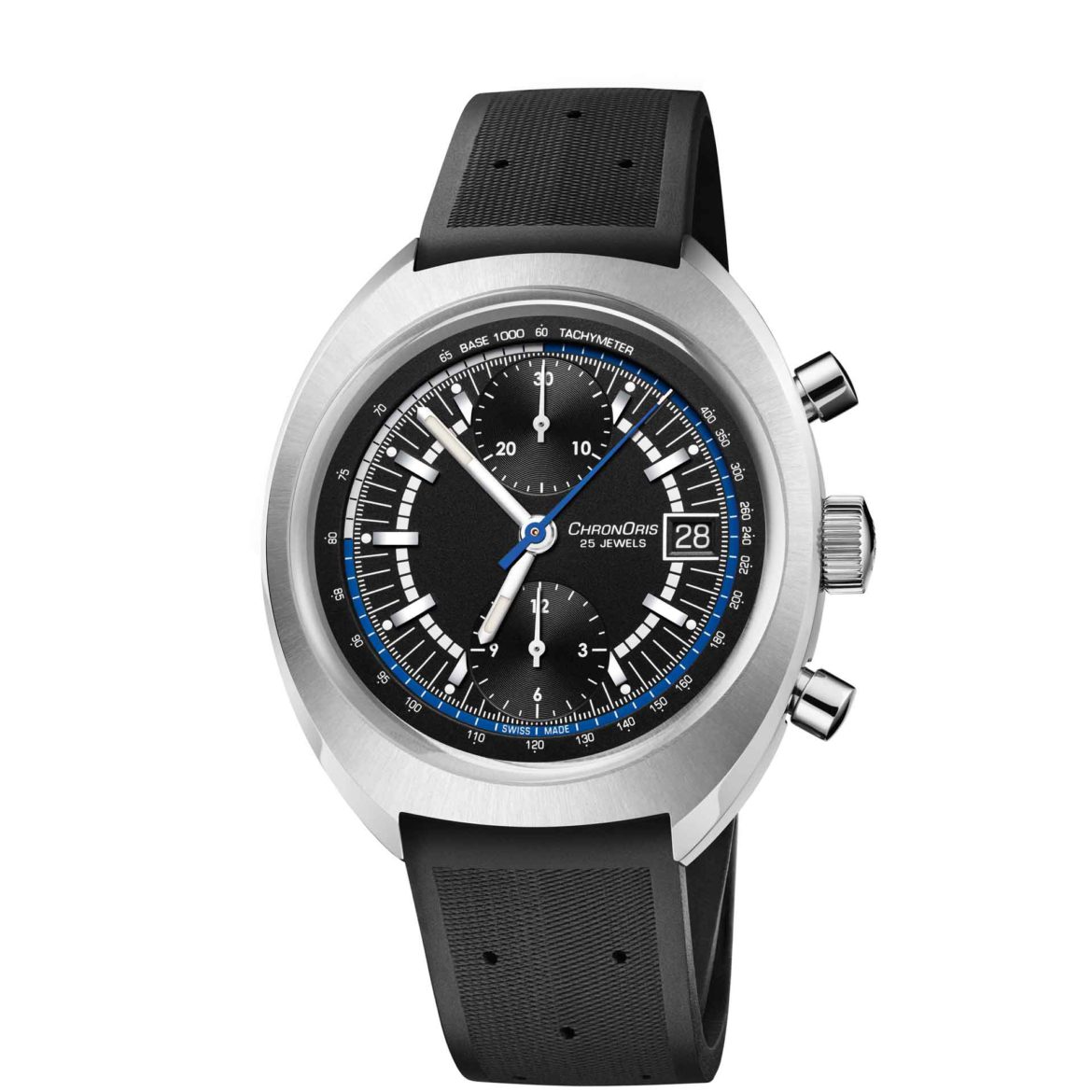 This Oris Williams 40th Anniversary Limited Edition takes us back to the 1970s when Frank Williams starts a Formula 1 race team. And when Oris launches the Oris Star Chronoris Cal. 725. It is the first Chronograph from the Swiss brand and it has the typical 1970s design: 38 millimeters in a tonneau-shaped case and a colorful dial layout. The latest ‘remake’ of that remarkable model is the 2017 Oris Chronoris Date, and it still looks great.

In 1977 Frank Williams entered the Formula 1. In the fourth race of the 1977 season the Williams Grand Prix Engineering team debuted with one car, a March 761. It was driven by the Belgian driver Patrick Nève and he finished at the 12th position. Not bad for a debut. 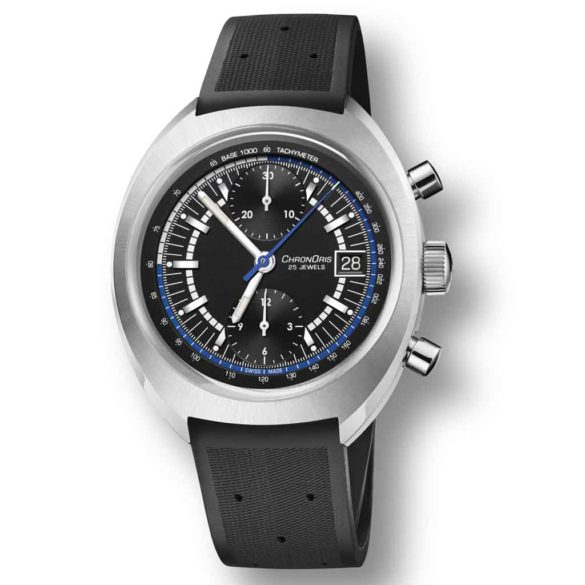 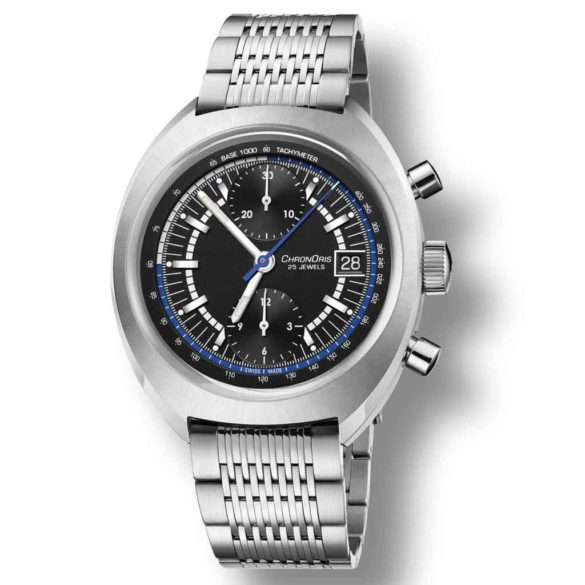 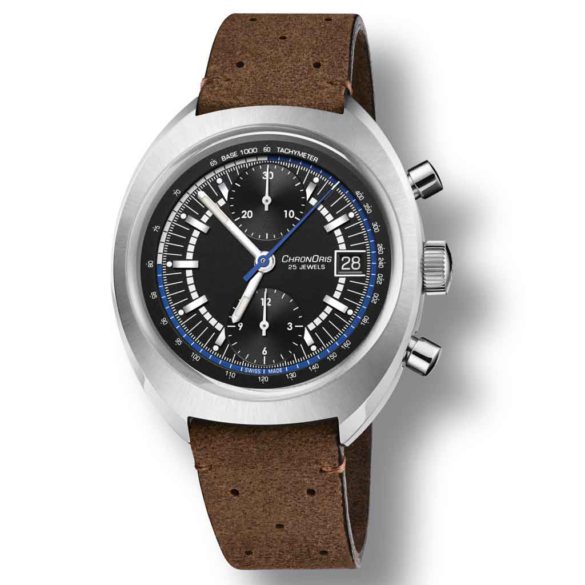 Since 2003 Oris is partner of the Williams F1 team and of course the brand releases new F1 related watch models now and then to underline this partnership. With this Oris Williams 40th Anniversary Limited Edition the brand marks Williams’ 40th anniversary in the Formula 1.

The case is just 2 millimeters bigger than the original Star Chronoris, 40 millimeters, and from stainless steel. The black dial with white and blue accents is busy yet easy to read. We like the clear contrast between the metal cushion-shaped case and dial. Racy and retro. 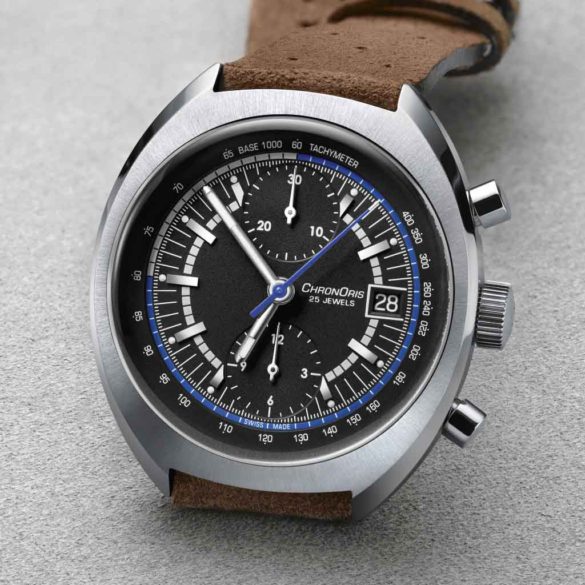 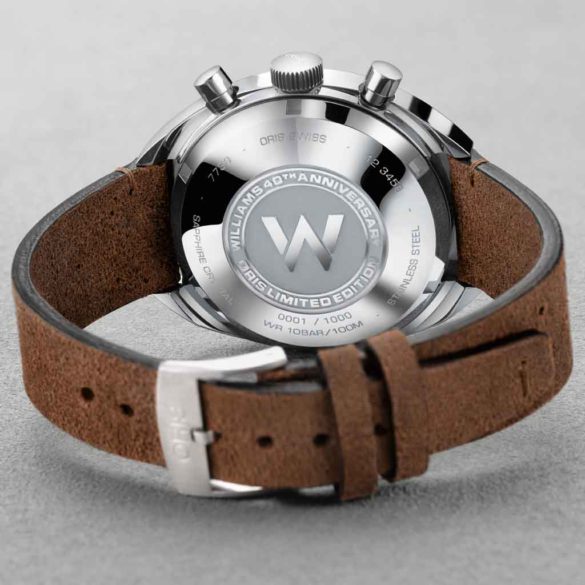 Inside runs Oris caliber 673, an ETA 7750 based movement with two-register chronograph. A 30-minute totalizer and a 12-hour totalizer, which means there is no small seconds hand. However, the central chronograph hand can be used for the running seconds.