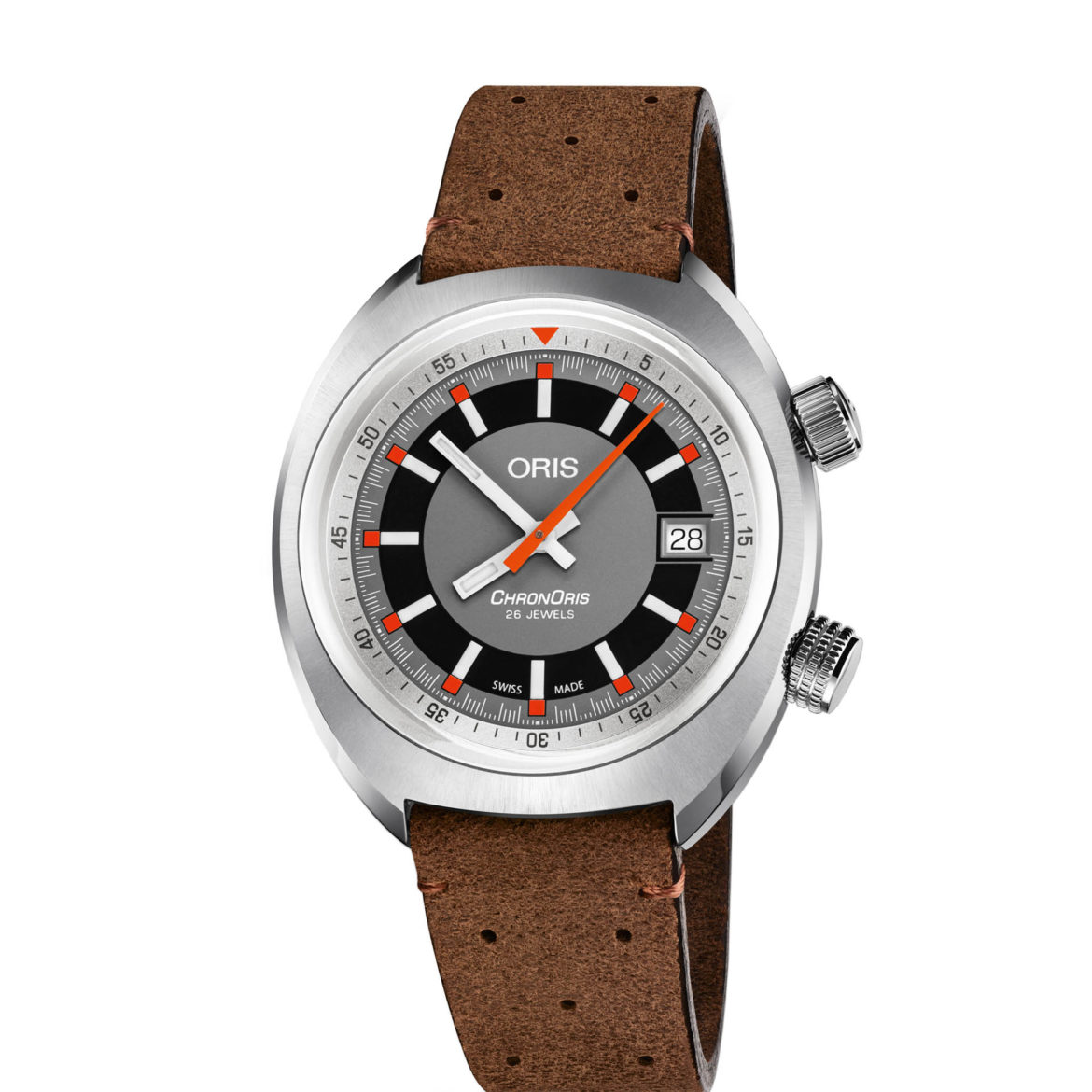 Almost 50 years after the first Chronoris Oris launches this Oris Chronoris Date. The name Chronoris is a portmanteau of the word ‘chronograph’ and the company name.

It is based on the Oris Star Chronoris from 1970. This is a 38-millimeter chronograph with typical 1970s design: a tonneau-shaped case from brushed steel. It was the frist chronograph Oris ever made. Inside is the Oris Cal. 725, a 17-jewel hand-wound movement with date function beating at 18,000 vph and designed by Dubios-Depraz. It features one pusher, at 2 o’clock, to operate the chronograph seconds hand. The crown at 4 o’clock winds the watch and sets the time and date. The crown in the middle turns the inner bezel to measure elapsed minutes. 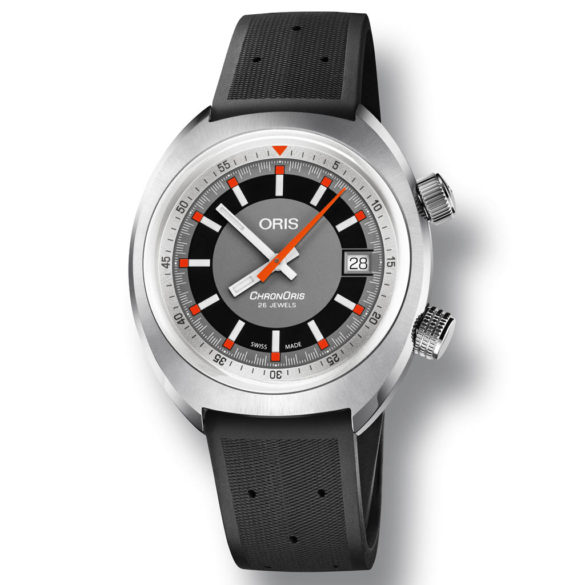 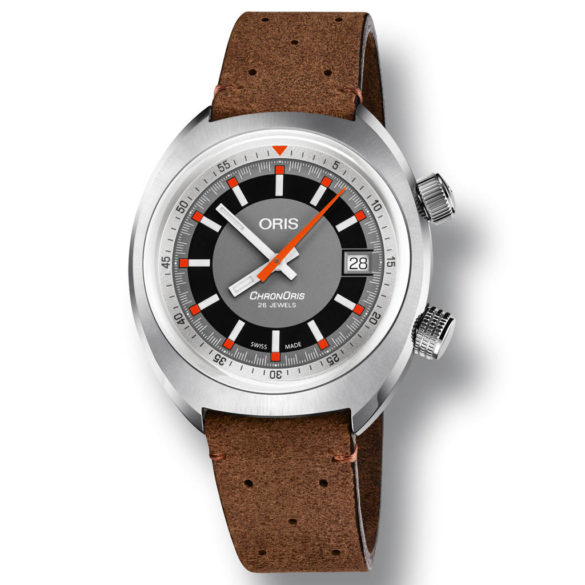 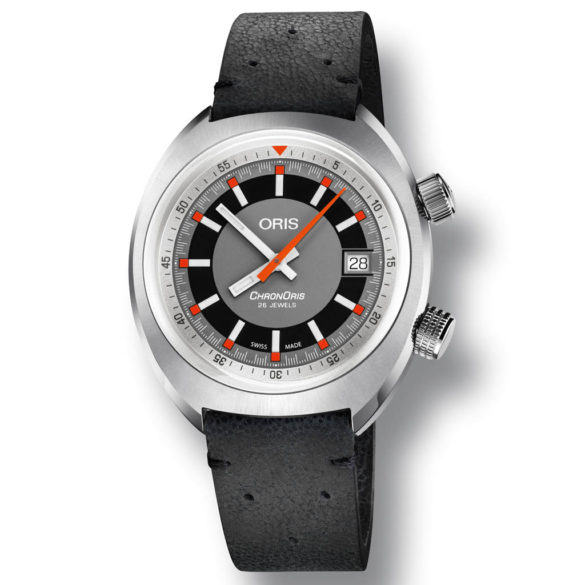 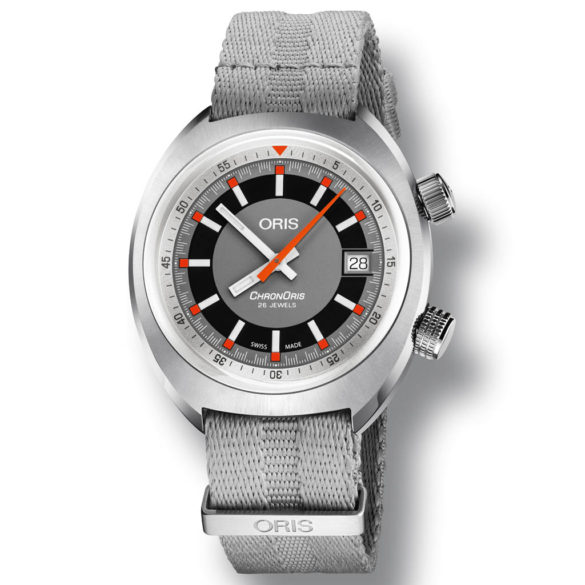 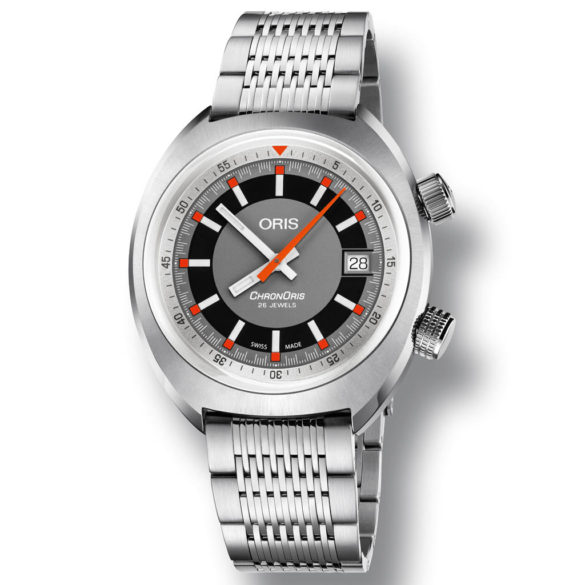 This is not exactly how the Oris Chronoris Date works, although it comes close. The original one is a stop-seconds chronograph, this new one is a timer for either seconds, minutes or hours. By using the crown at 4 o’clock the inner bezel can be set to the moment timing starts by turning the orange triangle to the starting point. 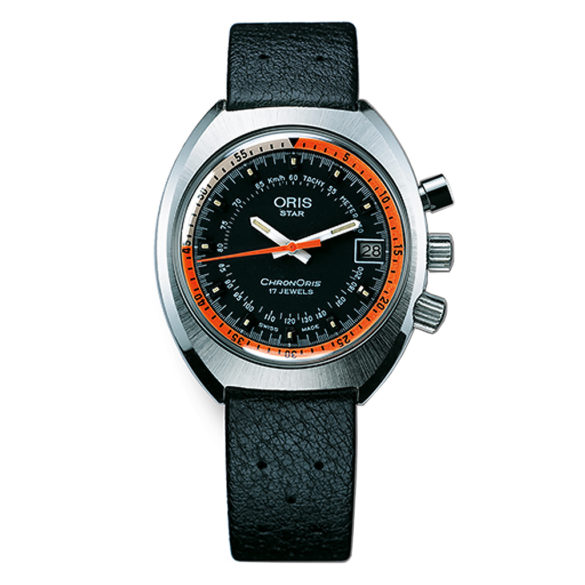 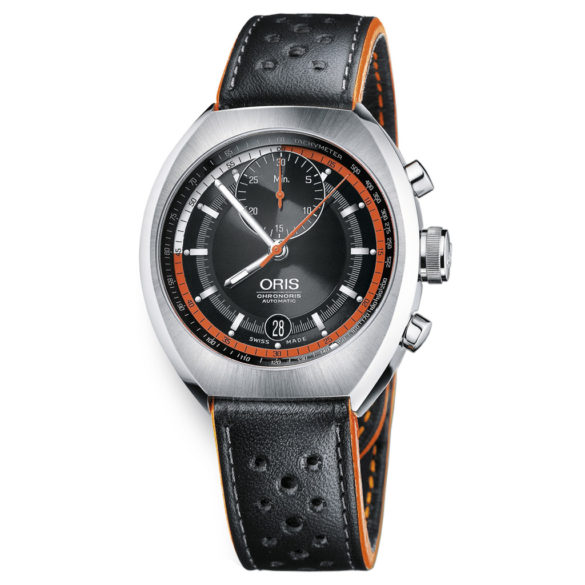 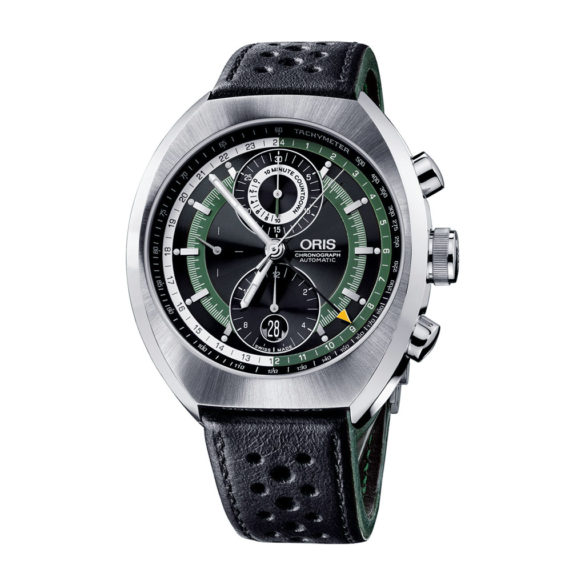 If you want a real chronograph and this model, you have to look for a 2005 Chronoris. In that year Oris launched a replica of the original with reference 01 672 7564 4154. A 40-millimeter model in black and orange with the Oris caliber 672 (base ETA 7750). Later, a 42.5-millimeter version followed in black and green with reference 01 677 7619 4154. This one has the Oris caliber 677 (base ETA 7754) with running seconds and GMT and has a stainless steel or gold case. It is called the Oris Chronoris Grand Prix 70 Limited Edition, and it is limited to 1970 pieces. Both models do not have the rotating inner bezel but a 30-minute counter instead.

So, you can conclude the Oris Chronoris Date is not a remake but a new Chronoris in the spirit of the original Oris Star Chronoris. The interesting part, the rotating inner bezel, is still there, the mechanism is updated and the size has been kept at a subtle 39 millimeters. All for a very attractive price.