When it was admitted into active service in 2001, the Charles de Gaulle aircraft carrier became the French Navy’s (la Marine Nationale) first nuclear-powered surface vessel and France’s eighth aircraft carrier. Today, it remains the only nuclear-powered carrier outside the US Navy, and the largest Western European warship that is still active.

For more than 15 years it has served – together with about 1,950 sailors – in Afghanistan, Libya, Iraq and Syria among other hot-spots. The Charles de Gaulle has two 75-meter long catapults that can launch a plane within two seconds to 270 kilometers per hour. It can do it an astonishing every 30 seconds. 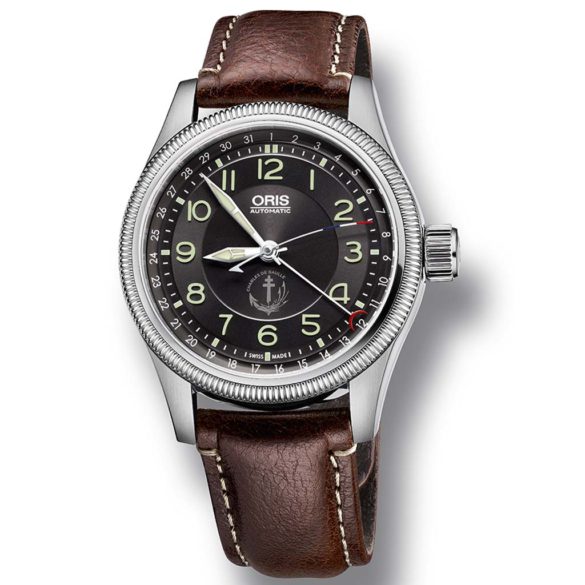 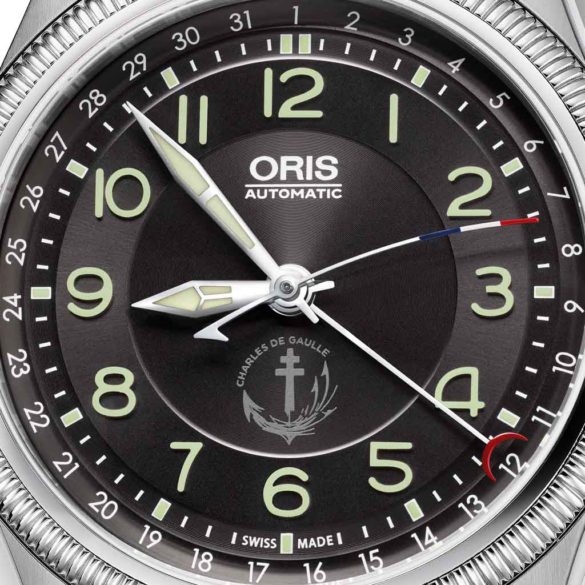 But let’s get to the watch. It’s still the same Big Crown, Oris’ signature military watch. A sturdy steel case, a nice fluted bezel and a clear black dial. Oris’s signature complication can also be found on that black dial, a pointer date, indicated by a central hand with a red crescent tip that points to a scale running around the outside of the dial.

The limited edition elements can be found on the engraved case back and insignia on the dial. Also nice is the fact that this isn’t a cynical and totally random limited edition. Oris was approached by the crew of the PA Charles de Gaulle if they wanted to do a watch.

The Oris Big Crown PA Charles de Gaulle Limited Edition is limited to 1,890 pieces. A figure inspired by the year the legendary French general Charles de Gaulle was born. The watch comes on a dark brown leather strap with a stainless steel folding clasp. The watch is presented in a luxury presentation box with the ship’s insignia inside.