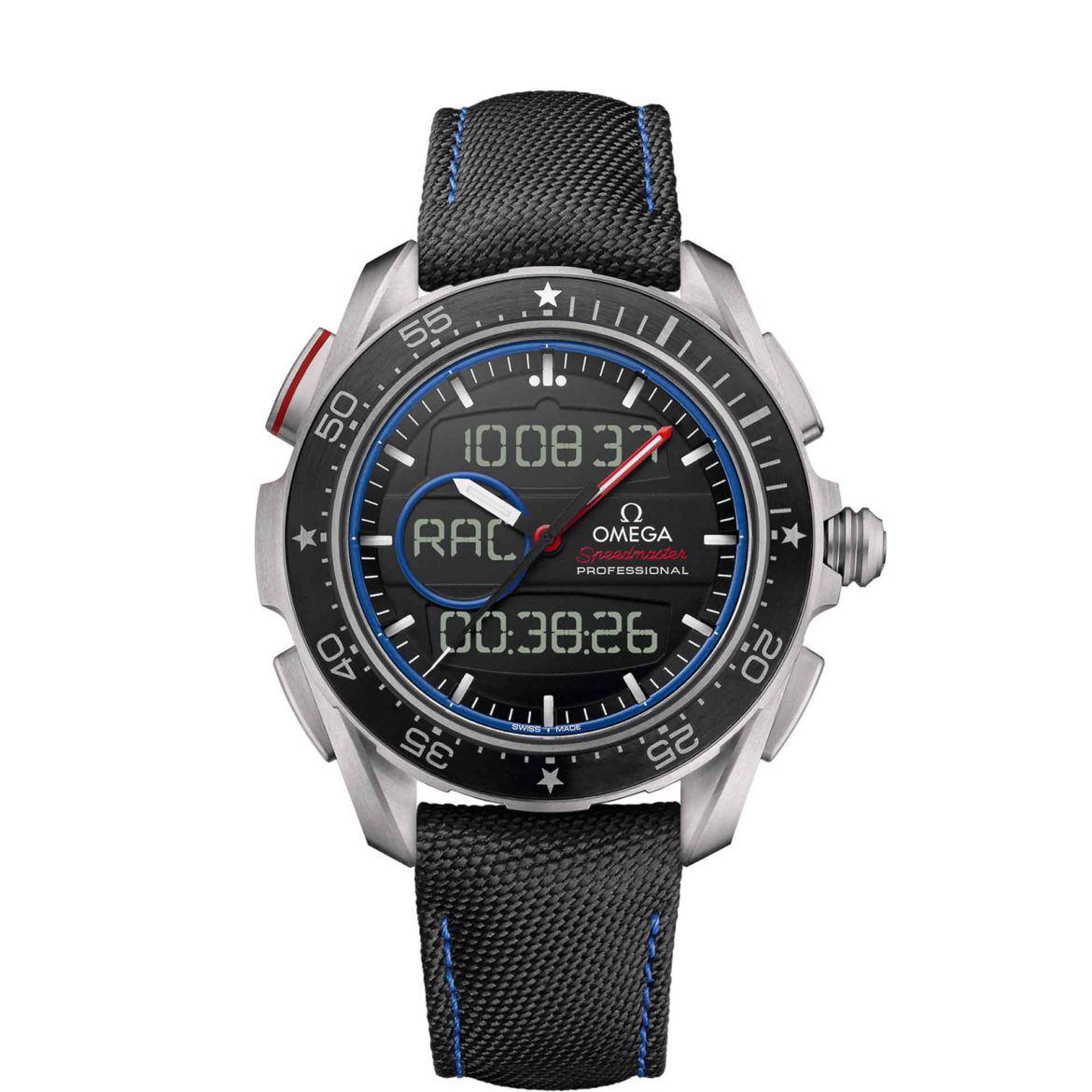 For the 35th America’s Cup, a yacht race, Omega launched two new models. The Omega Seamaster Planet Ocean ETNZ Deep Black and this Omega Speedmaster X-33 Regatta Chronograph ETNZ Limited Edition. Both models are dedicated to the Emirates Team New Zealand, the team that won the cup. The color scheme of both models link to the New Zealand flag.

This Omega Speedmaster X-33 Regatta Chronograph ETNZ Limited Edition was actually worn by the team members during the race. It is an interesting quartz-powered Speedmaster with more functions than you can think of. More or less. 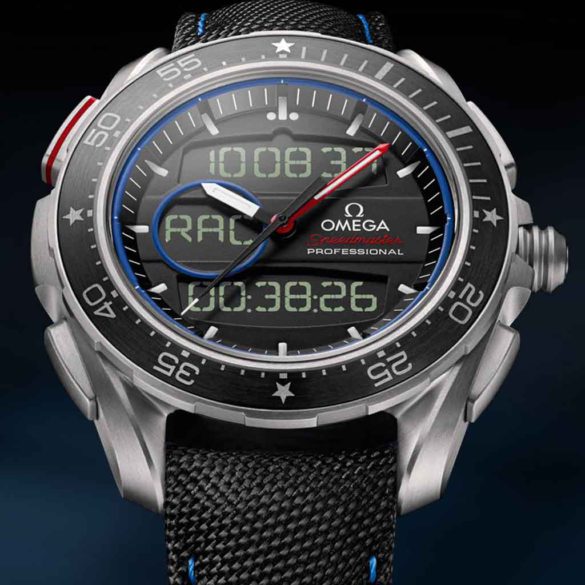 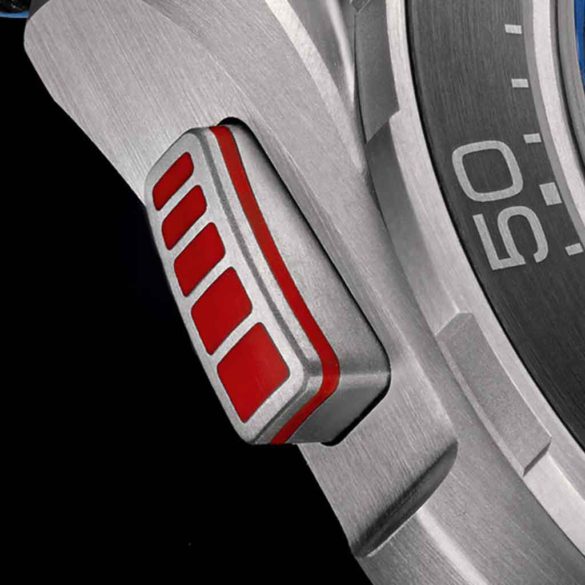 Back in the 90s Omega launched the Speedmaster Skywalker X-33. A hybrid analog-digital workhorse for professional purposes focused on aviation and aerospace. This new model shows that the X-33 can do more. Apart from its functions it has a robust grade 2 titanium case. Its water-resistance up to 3 bar is so-so but if it could withstand the circumstances on board of a race yacht, you shouldn’t be too worried. 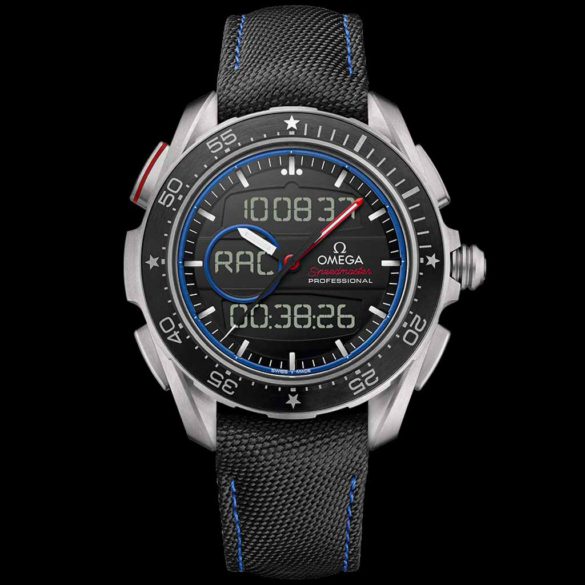 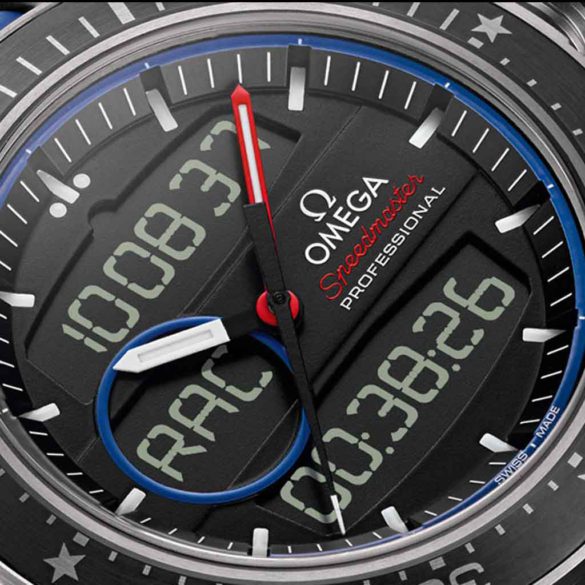 Inside the 45-millimeter case is Omega’s 5620 quartz movement. It powers three analogue hands for telling the time as well as a hand for the regatta countdown function. It also drives three negative (black background) LCD displays. Harder to read but esthetically much better.

These digital displays show three time zones, chronograph counting, a timer, (perpetual) calendar information, and two alarms. It also features an LGB function, which is a logbook that allows two races to be recorded with 10 buoy recordings each. If you are a sailor, you know what that means. Otherwise, just forget it. The battery lasts for about 24 months.