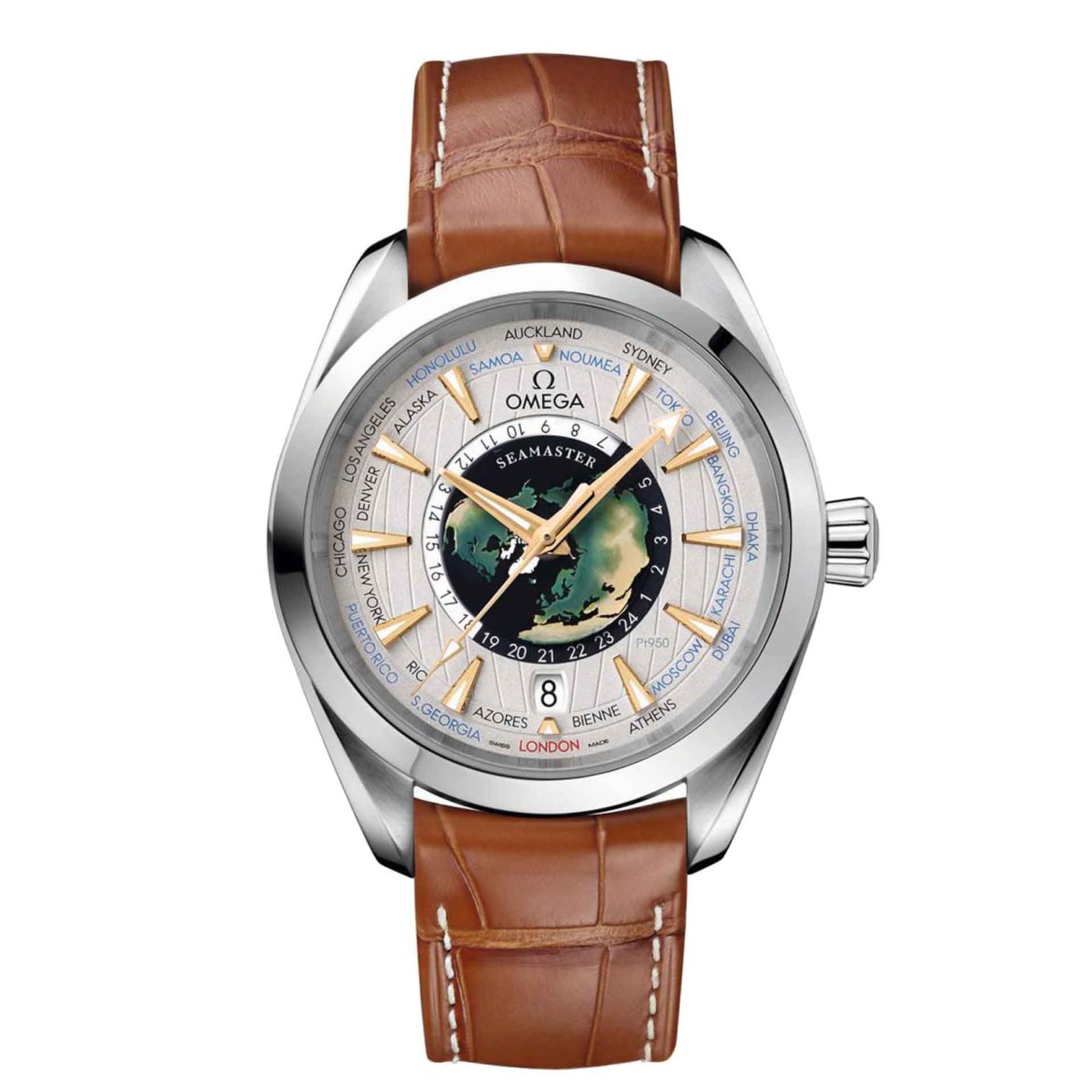 The two ‘big shots’ at Omega are without a doubt the Speedmaster and the Seamaster. One is the iconic moon watch, the other being 007’s watch of choice, ever since Pierce Brosnan’s Goldeneye. Still a master marketing move by the way. The Omega Seamaster Aqua Terra Worldtimer Master Chronometer is the latest Seamaster.

The Aqua Terra Worldtimer Master Chronometer with its platinum case is limited to 87 pieces. The attention to detail becomes more impressive when you look at the frosted dial with a vitreous enamel map of the world and 18-carat gold indexes and hands. 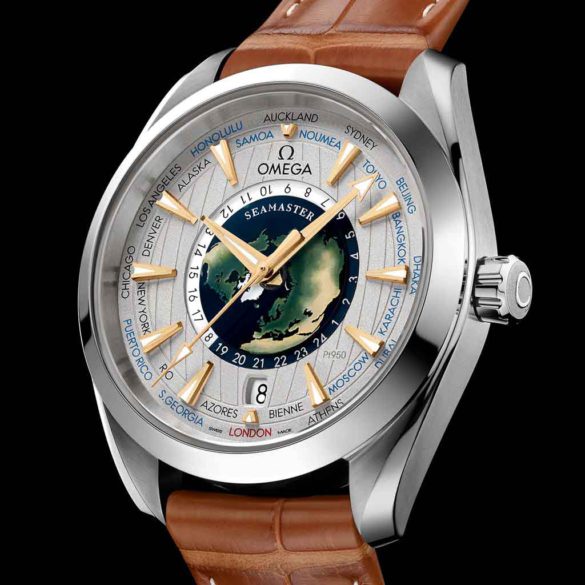 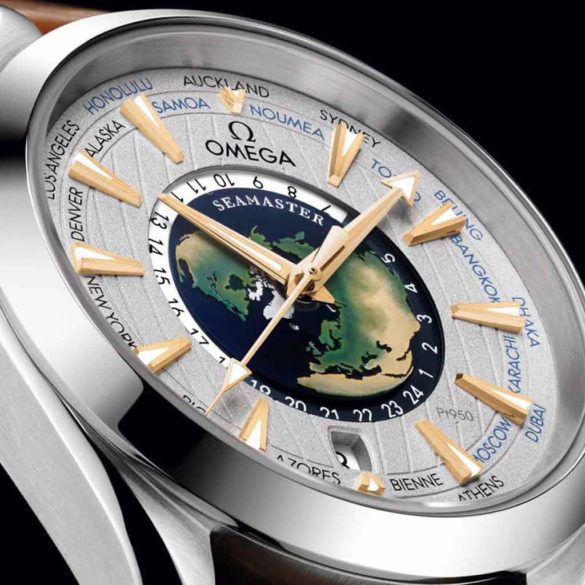 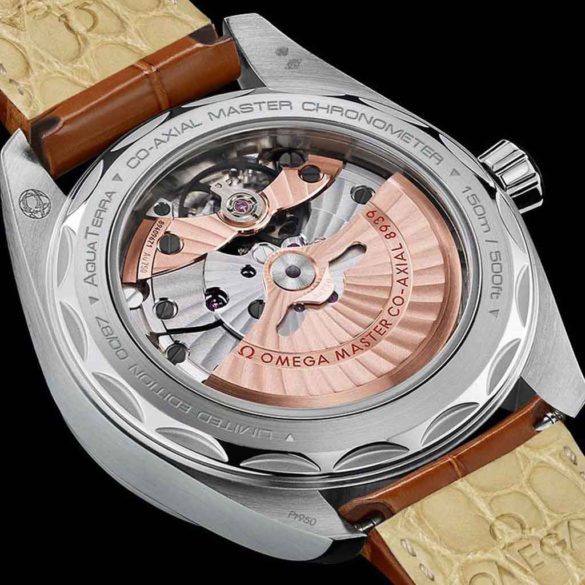 The world timer – a first by Omega by the way – works via a fixed cities disc and a 24-hour rotating home wheel. Omega manages to keep it all rather uncluttered, not a small feat for a world timer. The only thing that we’re not really sure about, are the big 18-carat gold indexes. They give the watch a distinct look, but they are rather large compared to the hands.

The new Aqua Terra is powered by the new Master Chronometer 8939 caliber, based on the 8900. Better news still: Omega tends to present a new model with an expensive version before models for us mere mortals are introduced. So fingers crossed for next year.