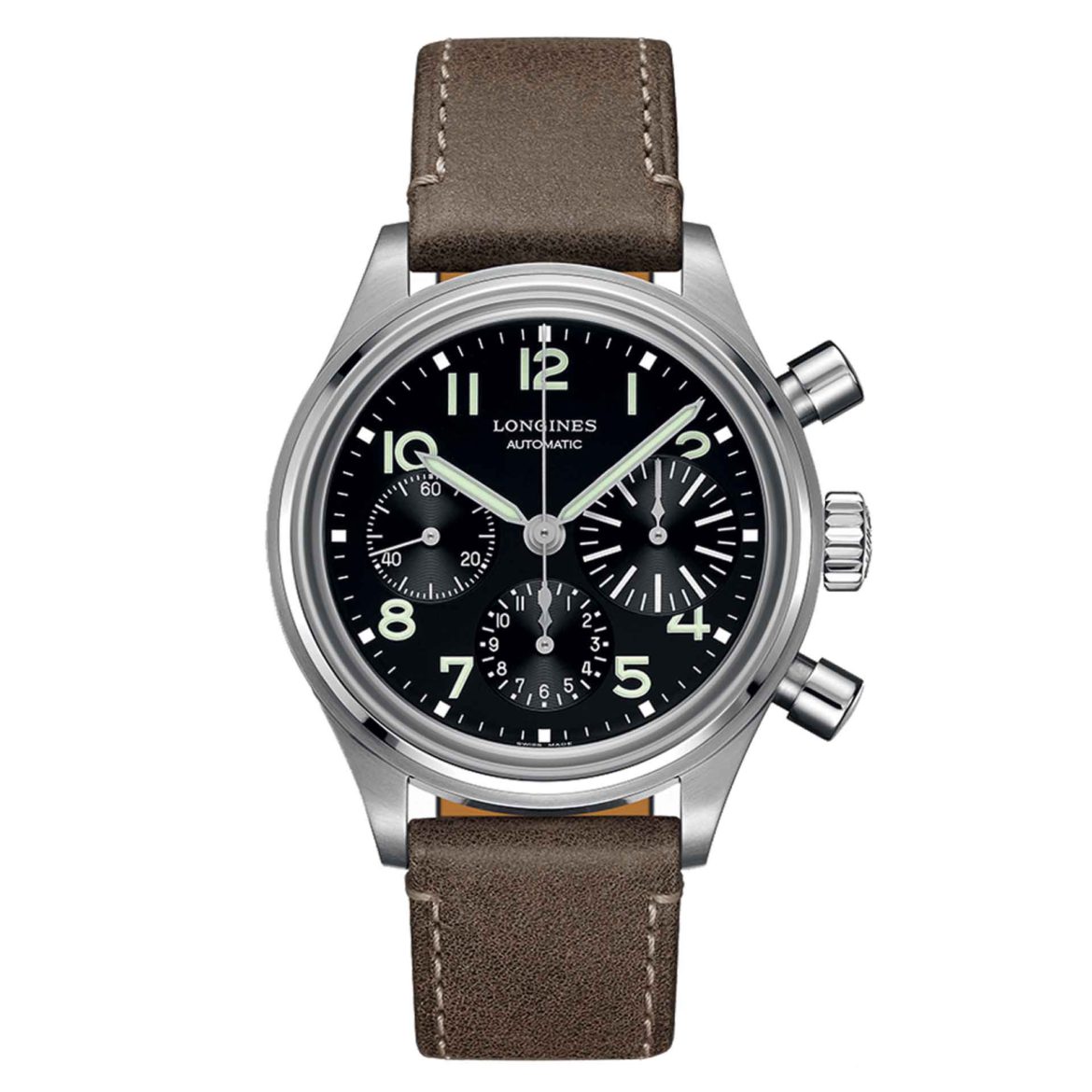 It is a recurrent theme at Longines (and much other brands); creating new models inspired by old ones. This Longines Avigation BigEye is another example of that strategy. The design comes from pilot chronographs from the 1930s.

During that period Longines was one of the few using a flyback chronograph on (pilot) watches. Although Breitling introduced this type of chronograph in the 1920s Longines patented the flyback in the mid-1930s. With the caliber 13ZN. One of the main characteristics of these chrono pilots are the big pushers, easy to operate when you wear gloves. Look at the marvelous examples we pictured here. 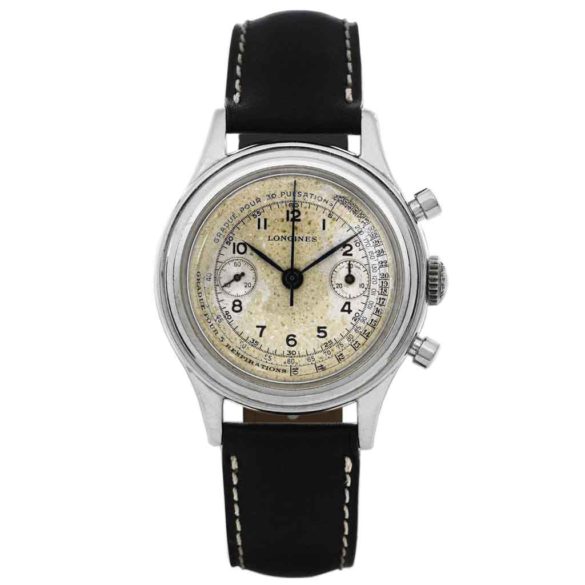 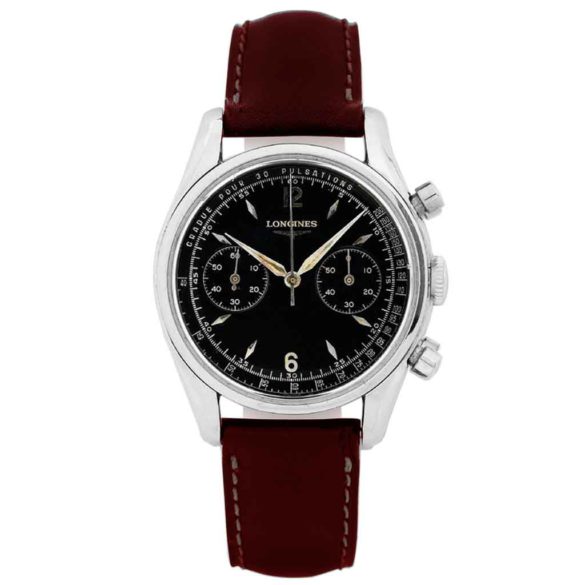 More chronograph pilots would follow, with or without a military touch. Like the Longines Heritage 1951 and the Longines Heritage Military 1938, both from 2013. Also based on military watches from the 1930s, also with big pushers. They have some design details you can find on this new Longines Avigation BigEye. And on all of their military pilots from the last six decades. 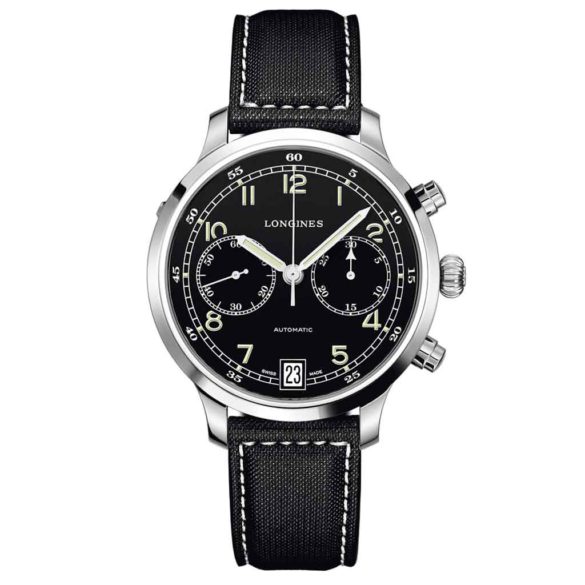 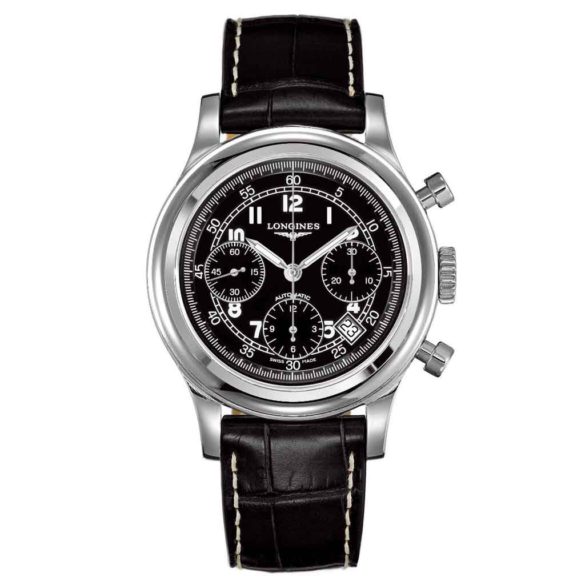 The Longines Avigation BigEye has a subtle diameter of 41 millimeters

The 41-millimeter Longines Avigation BigEye houses the L688.2 caliber with column wheel chronograph. The self-winding mechanical movement is based on the ETA A08.L01 and has a power-reserve of 54 hours.

Not everybody will like the big eye of the BigEye, which is the enlarged minute counter at 3 o’clock, as it cuts off the 2 and 4. And the 10 is missing some paint too. Maybe the lay-out of the 1930s isn’t that bad. In the old days, these minute counters were essential for pilots and more brands have these oversized minute registers. Still, this is an impressive pilot, easy to read, not too big and with enough fresh touches to make it an interesting time piece. However, this Longines Avigation Watch Type A-7 1935 is very nice as well. But best of all, buy yourself a vintage one. 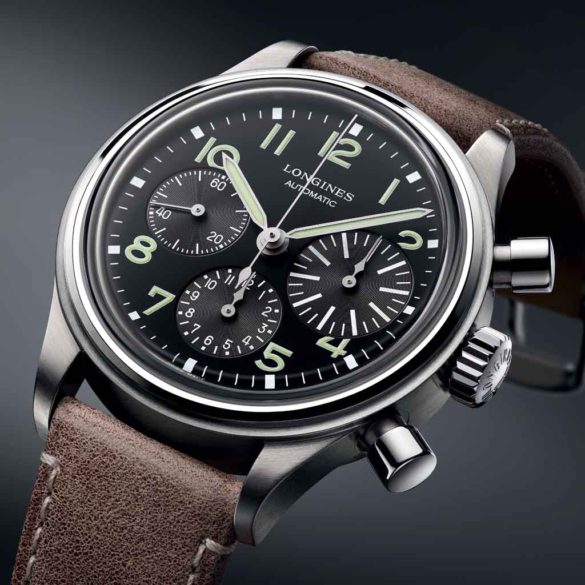 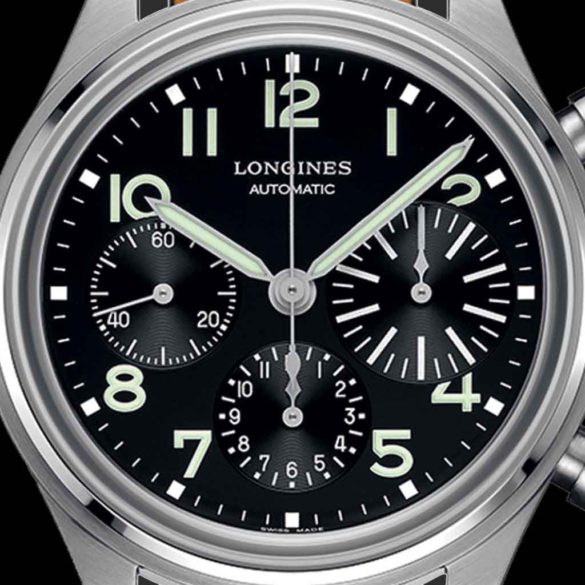