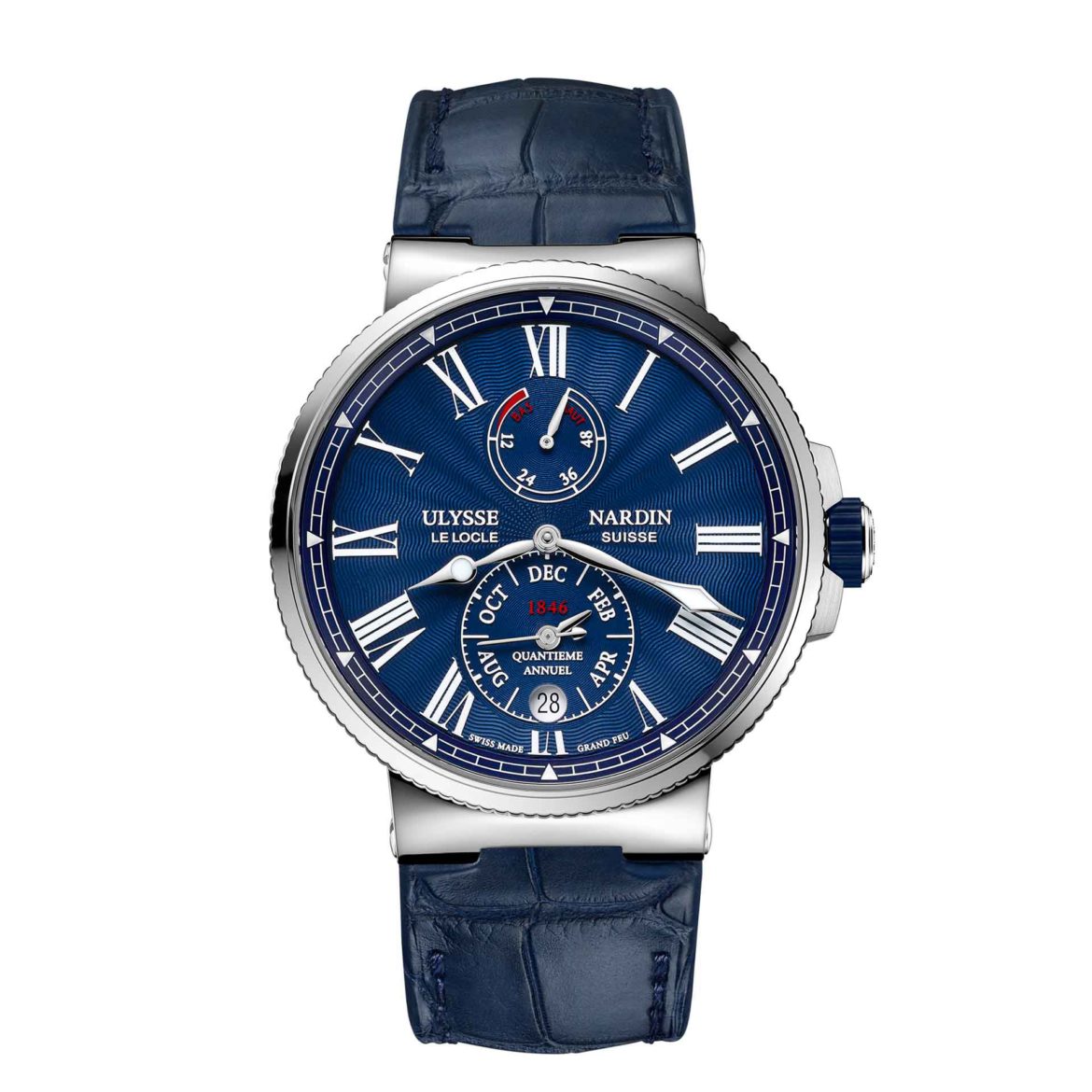 Another Ulysse Nardin, another Chronometer. Been there, done that, but why not embrace your heritage? Rolex does it all the time. As we have written before, Ulysse Nardin – in its 171-year history – is most famous for its marine chronometers. Let’s look at the Ulysse Nardin Marine Annual Calendar Chronometer.

Those precision instruments from the 19th and early 20th century are not in use anymore, but still serve as an inspiration for the current collection of UN.

The newest one is the Marine Annual Calendar Chronometer. A classic looking watch with roman numerals, a Grand Feu enamel dial and an annual calendar complication. The second iteration since the Ulysse Nardin introduced an Annual Calendar last year because of the 20th anniversary of the Marine Collection. 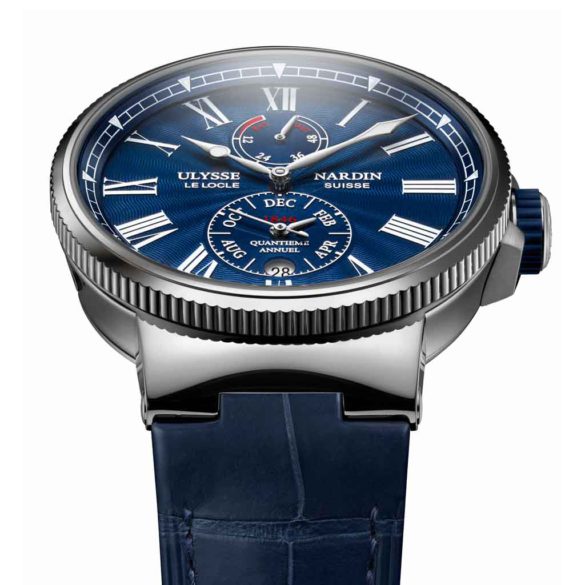 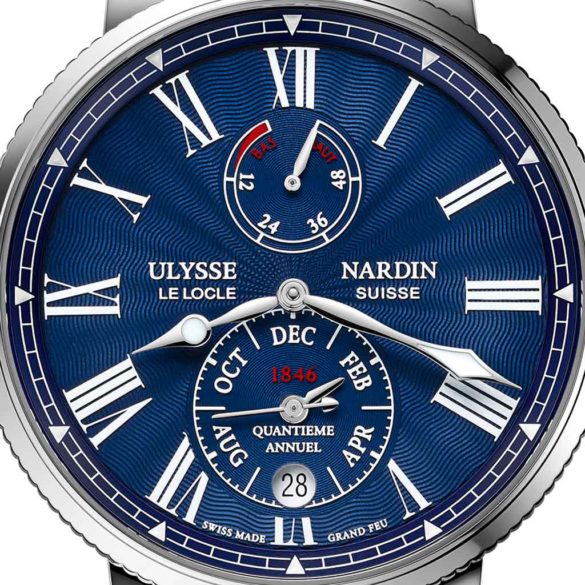 The complication in the watch is a typical annual calendar. Mechanically programmed for one year. Simple to use as it requires a date adjustment only once a year, in February.

The core is the UN-113 caliber, a Ulysse Nardin movement made entirely in-house, including the silicium balance spring. It enables the calendar date-setting both forwards and backwards, yet another simplification.

For this year the new addition is a Grand Feu enamal dial in blue. This craft was made possible by a company owned by Ulysse Nardin named Donzé Cadrans. They are specialists in the complex and ancient art of enameling. On the dial, delicate enamel waves form the centerpiece for the power-reserve indicator at 12 o’clock, and the annual calendar and date displays at 6 o’clock.

Combined with a COSC certification, annual calendar, a 60-hour power reserve and an in-house manufactured movement it is a worthy addition to the Marine collection.