Apart from this Duomètre Sphérotourbillon Jaeger releases the Duomètre Chronographe and the Duomètre Quantième Lunaire. The Duomètre series use Jaegers double-wing concept, which they first used in 2007. Basically, it’s a concept of two power-sources for one watch. Which means two barrels, two separate and independent mechanisms linked to a single regulating organ. This solution creates constant power to the gear trains and escapement to get the most accurate measurement of time while ‘using’ one or more of the complications at the same time.

The Jaeger-LeCoultre Duomètre Sphérotourbillon is the fifth model variation 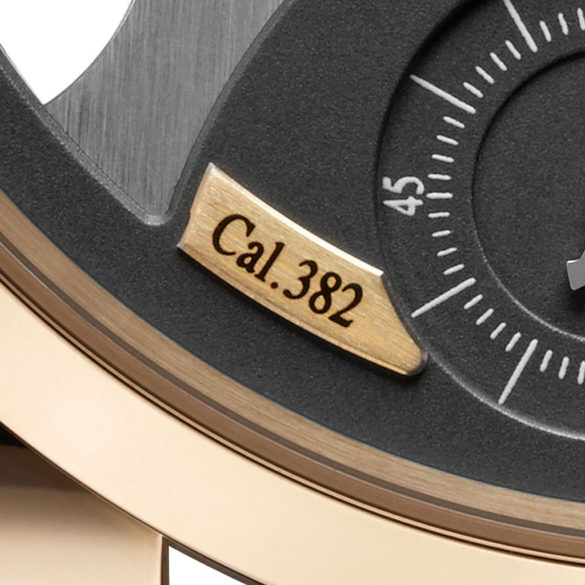 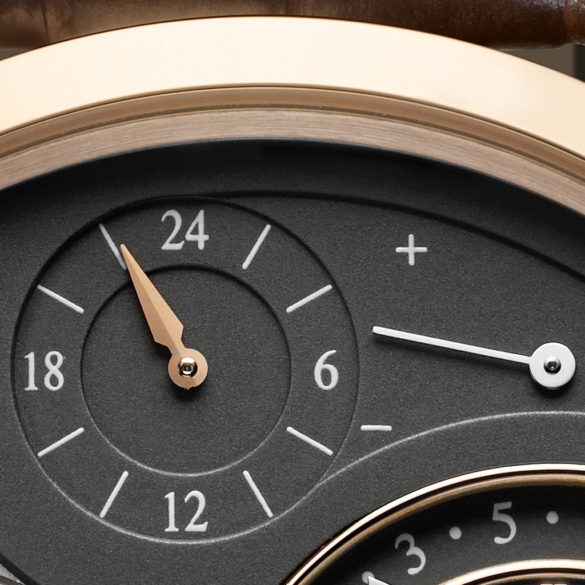 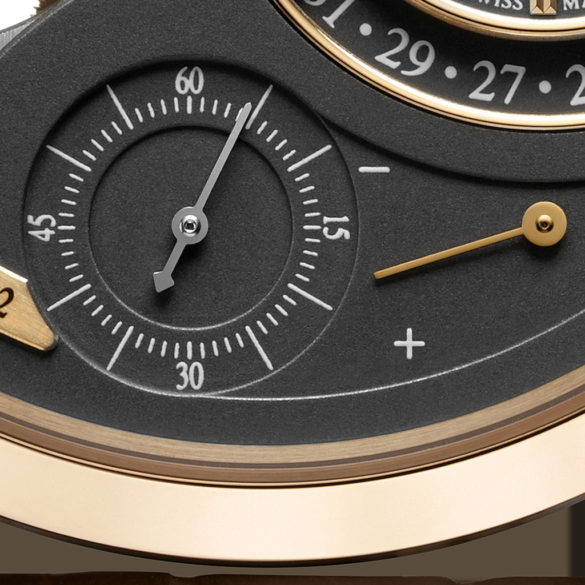 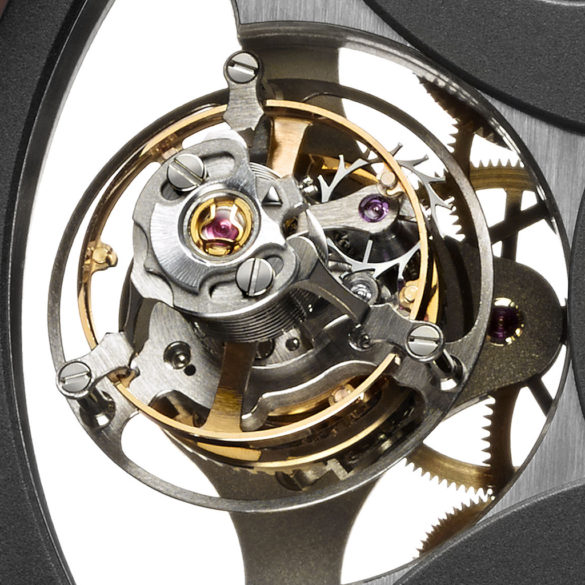 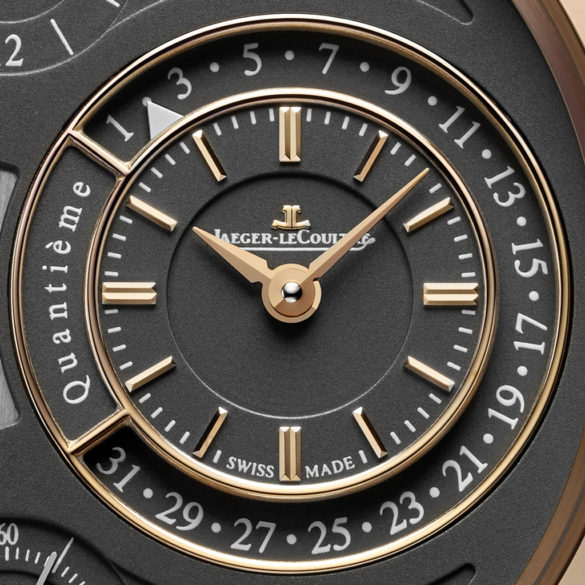 The masterpiece is at 9 o’clock; the tourbillon with its unusual rotation movement. As well as turning around the axis of its titanium carriage, the tourbillon also spins around a second axis at a 20° angle. The combination of these two fast rotations (respectively 30 and 15 seconds per revolution) serves to free the watch from the effects of gravity.

Jaeger-LeCoultre now offers five variations of the Duomètre Sphérotourbillon, this one included. This is the second in pink gold and the first with the magnetite grey dial. We assume the platinum and white gold models will get the same dial color as well in the near future. 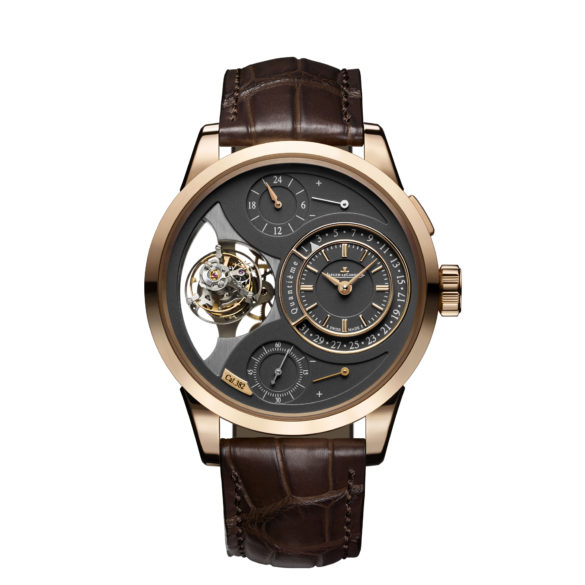 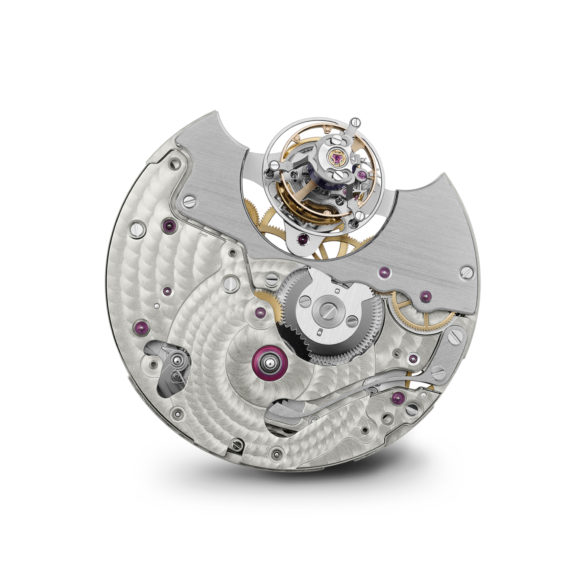