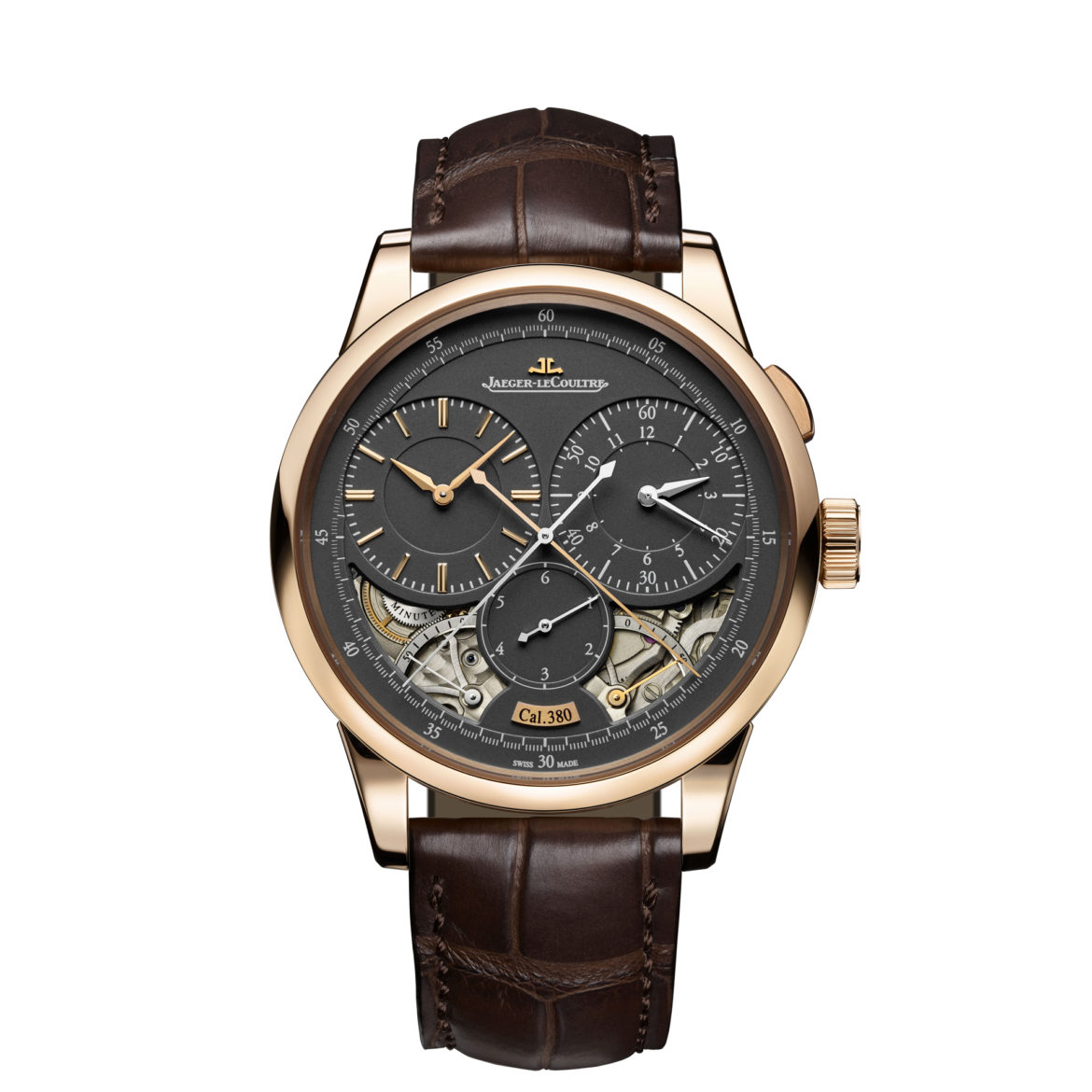 So far, the Duomètre Chronograph was only available in pink gold with a white dial. No platinum or white gold versions, no other dial colors. This new dial gives you more choice, for sure, however we like to see the model with a platinum or white gold case. Especially with the new dark dial it could be a very subtle but strong combination of colors.

The monopusher chronograph uses a single pusher at 2 o’clock to start, stop and reset the chronograph. It is seen as a more elegant solution, but having two pushers makes the operation of a chronograph more easy. A matter of taste perhaps? 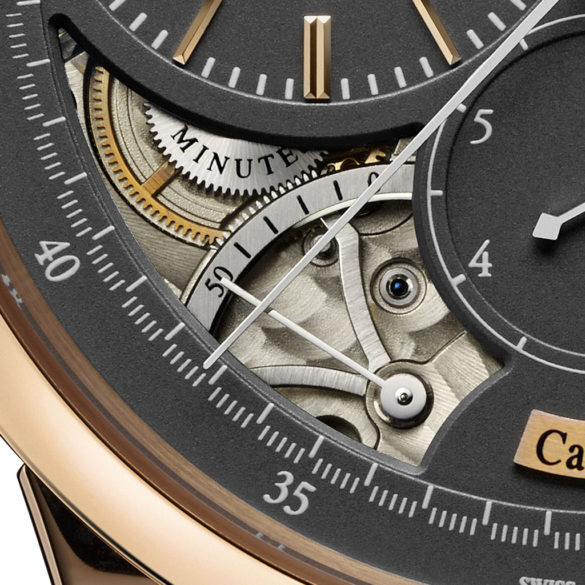 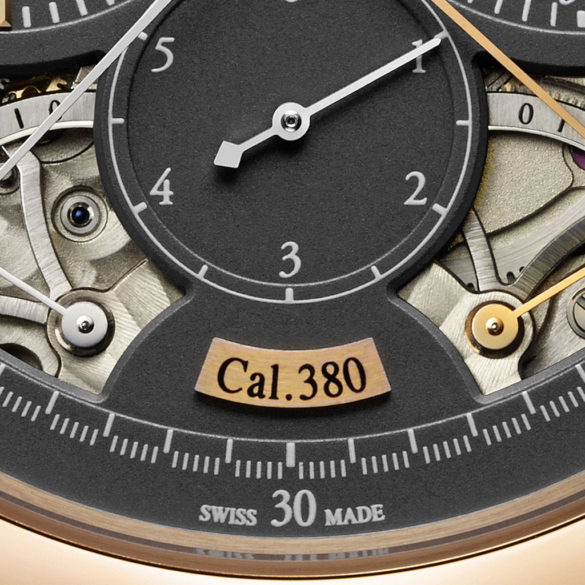 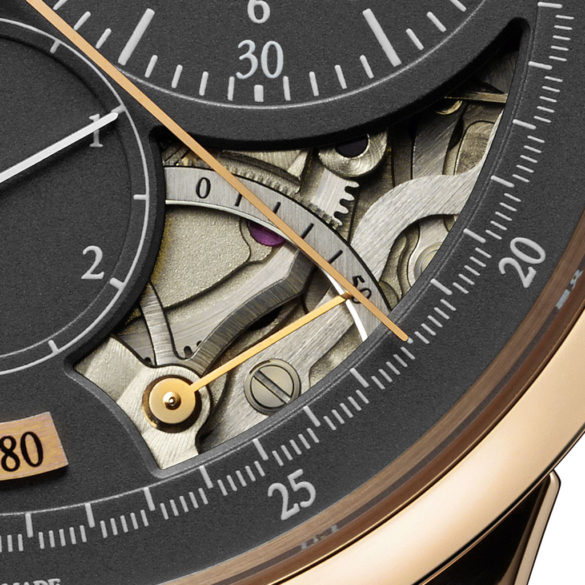 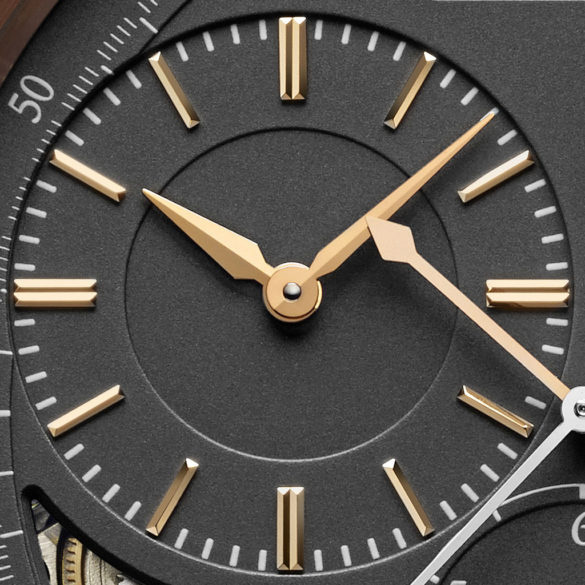 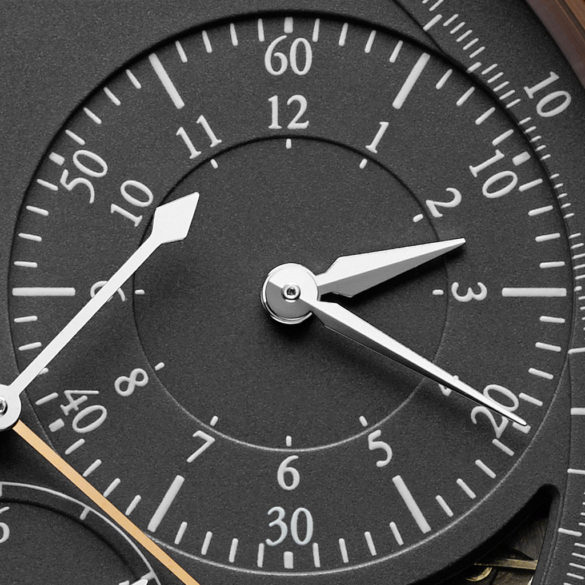 The Duomètre Chronograph features two central seconds hands: gold for the seconds of the time, rhodium-plated for the chronograph seconds. Not a commonly known solution. The right large sub dial shows the chronograph minutes and hours. The left one shows the time. The dial at 6 o’clock is a foudroyante hand that spins around its dial once each second making six very quick stops. It measures the time within one sixth of a second. Nobody is interested in that but when you see it operating it just looks very cool.

Apart from this Duomètre Chronographe Jaeger releases the Duomètre Sphérotourbillon and the Duomètre Quantième Lunaire. The Duomètre series use Jaegers double-wing concept, which they first used in 2007. Basically, it’s a concept of two power-sources for one watch. Which means two barrels, two separate and independent mechanisms linked to a single regulating organ. This solution creates constant power to the gear trains and escapement to get the most accurate measurement of time while ‘using’ one or more of the complications at the same time. The power-reserve indicators from both sources can be seen at the 5 and 7 o’clock position. 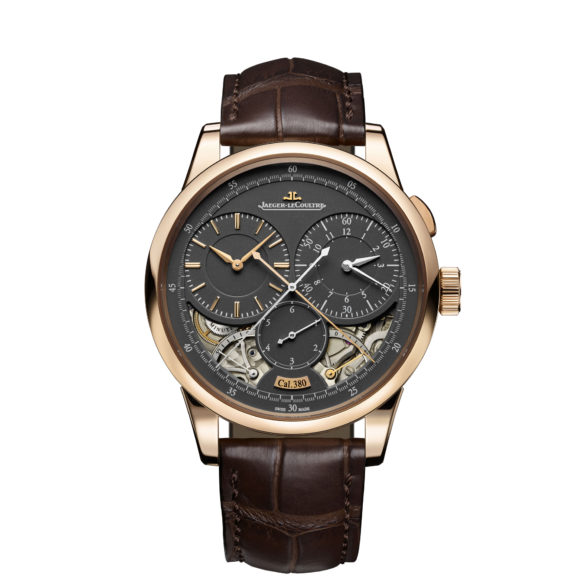 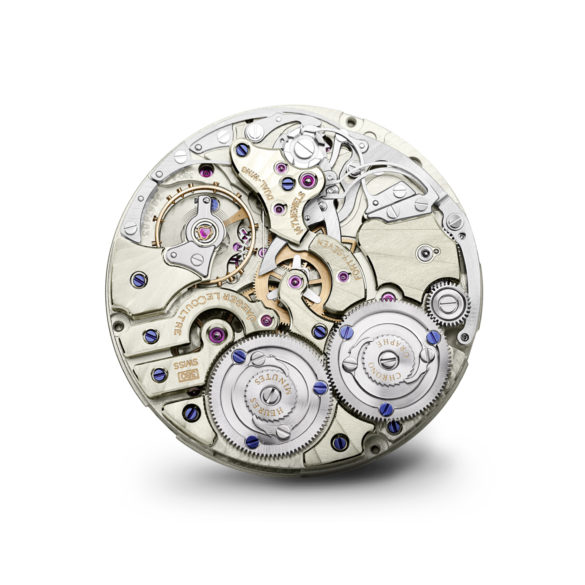 Antoine LeCoultre founded a workshop in 1833, in a village founded by his ancestors in 1612. Here you can read more about the history of Jaeger-LeCoultre…