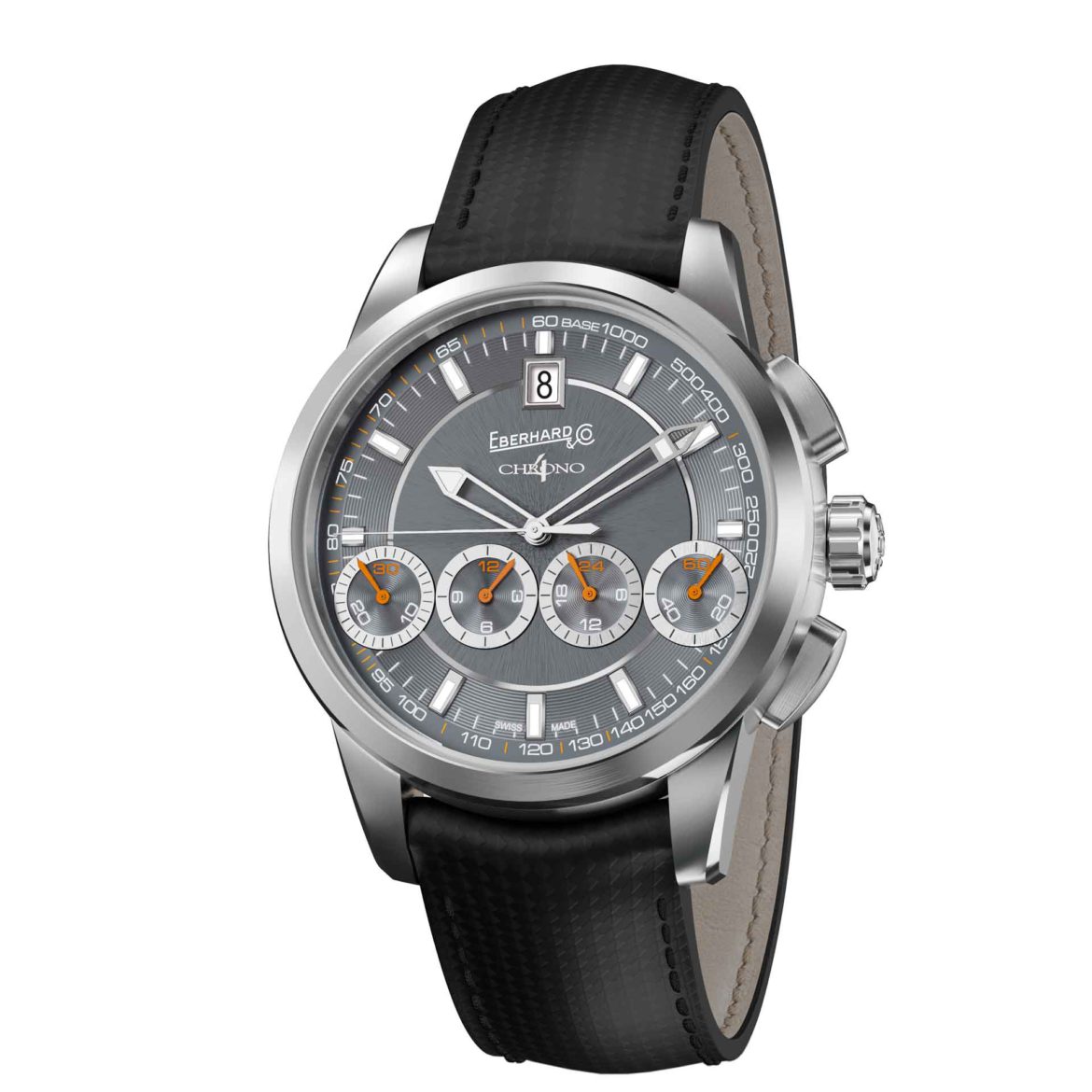 Eberhard launched a pretty spectacular chronograph in 2001. The Chrono 4 had a twist on the traditional subdials at 3, 6 and 9 o’clock with 4 dials aligned in a linear fashion. And so has this Eberhard & Co. Chrono 4 130.

The new Eberhard & Co. Chrono 4 130 is a celebration of the 130th anniversary of the watch brand. This moment is honored with two versions of the Chrono 4. A ‘regular’ edition with three dial colors (grey, argenté and black) and a limited edition of 130 pieces with argenté or black dial. The limited edition has a partly open worked case back and the dial has no color accents. 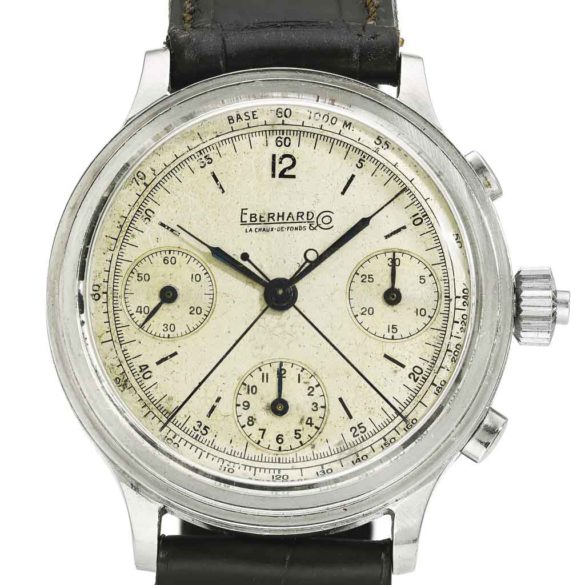 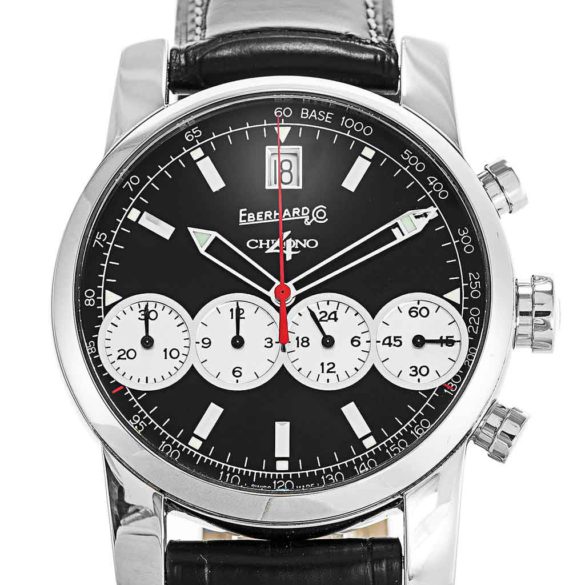 130 years of Eberhard & Co. is lined with countless special pieces. A single button chronograph in 1919, which was, according to Eberhard & Co., the first wrist chronograph. And a model from 1921 with a special patented device that protects it against dust and moisture. A Split Seconds Chronograph in the 1940s. But also, more recently the brand launched some impressive models like the 8 Jours (since 1997) which only needs winding once a week. The Extra-fort, a re-interpretation of a chronograph from the 1940s and of course the Chrono 4, which was introduced in 2001. 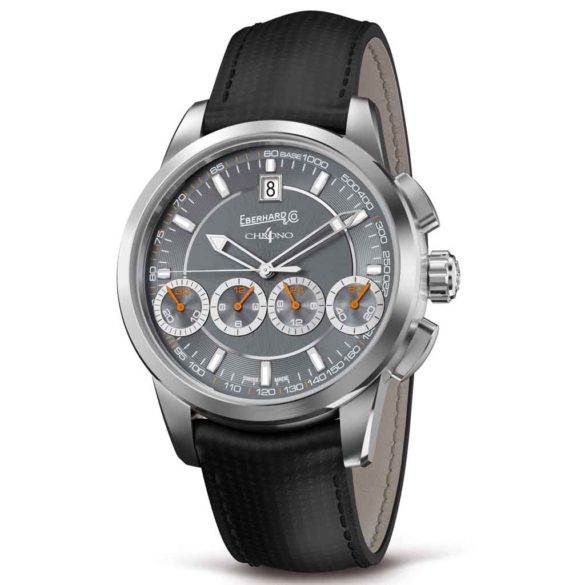 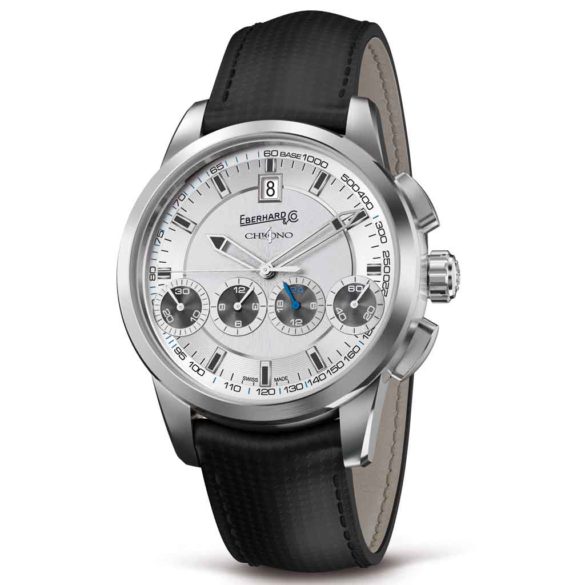 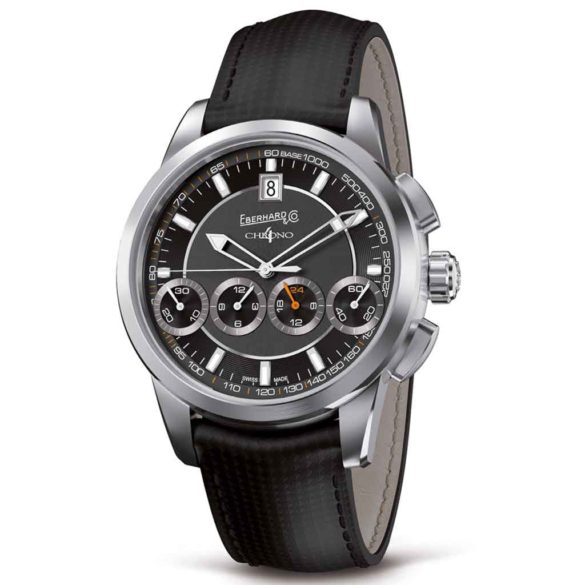 The special thing about the Chrono 4, and thus this Eberhard & Co. Chrono 4 130 as well, is the way the chronograph is aligned. This mechanical chronograph with automatic winding has four counters arranged in a row: minutes, hours, 24 hours and small‐seconds. This is even patented by Eberhard & Co. In addition, the latest version has a date aperture at 12 o’clock.

Perhaps Eberhard & Co. isn’t the brand you would think of, when looking at brands with a great heritage. But they were there, in the beginning, when the first chronographs became small enough to wear on a wrist. The Chrono 4 is a good example of new possibilities with chronograph watches. The video below the specs shows a short overview of Eberhard’s past, their chronographs and the new model. 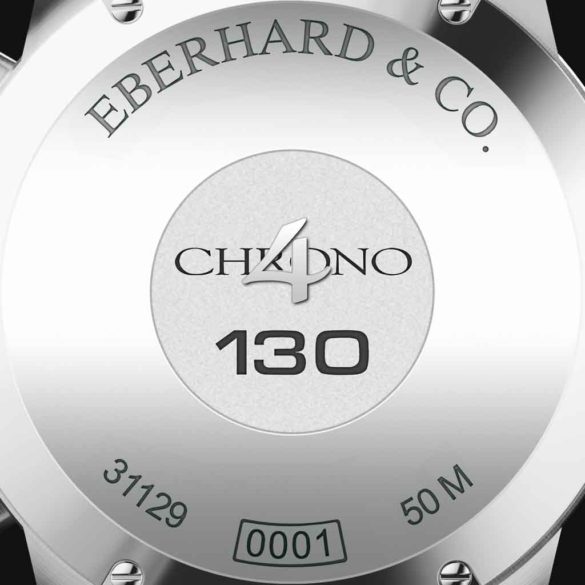 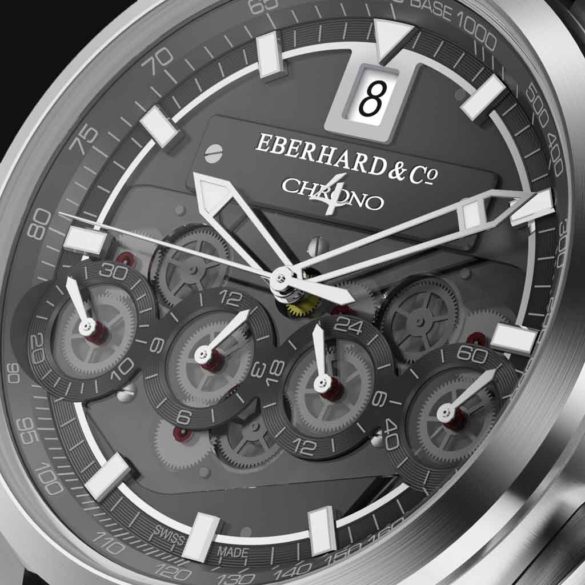